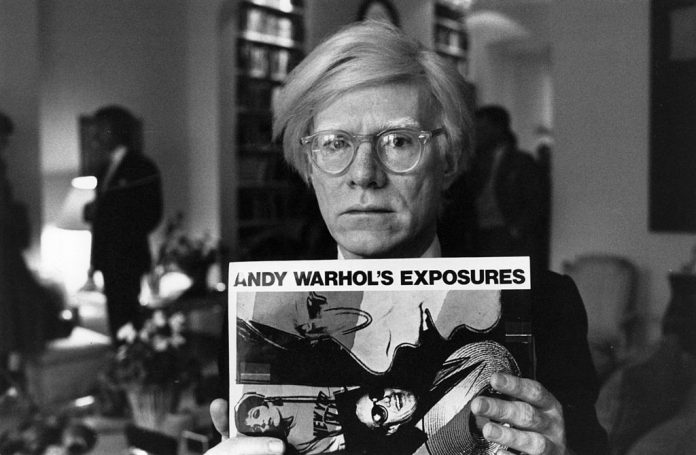 Andy Warhol is a famous American artist, designer, sculptor, producer, director, writer, magazine publisher, founder of the ideology of “homouniversale” and author of works that have already become synonymous with commercial pop art. Andy Warhol made art available to the masses so that people could learn to see the beauty of everyday things and understand that everything around them is beautiful in its essence. On the occasion of the birthday of the genius provost, we remembered his 10 most famous works. 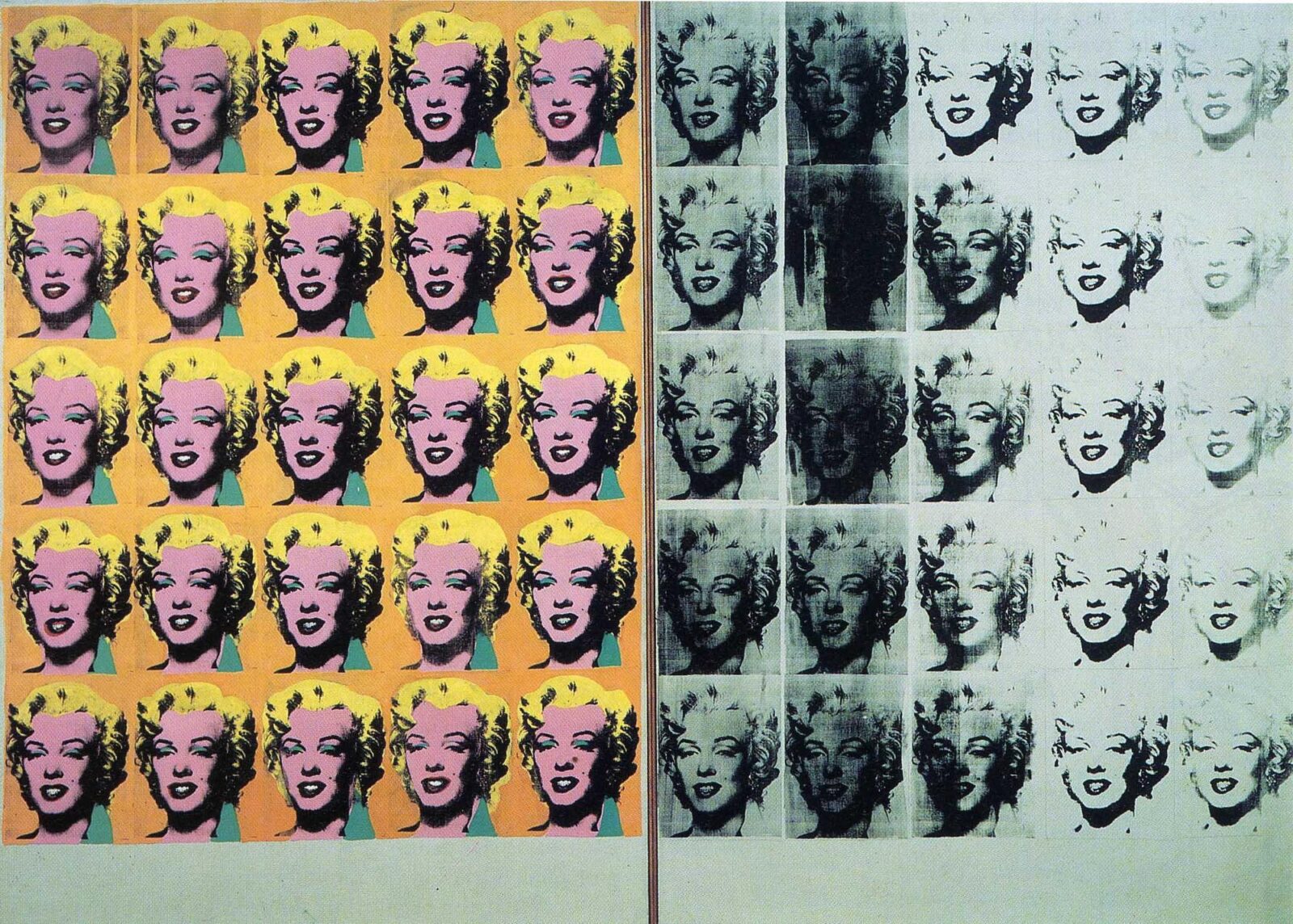 The canvas was painted right after Marilyn Monroe died. Andy Warhol combined two paintings: fifty roughly painted rashed portraits of the actress and exactly the same, but black and white. In the second painting, most of the portraits are poorly visible or blurred. Thus, the artist was able to show the face of death, chasing Marilyn, and emphasize the contrast with her life. The painting is now in London, at the Tate Gallery. 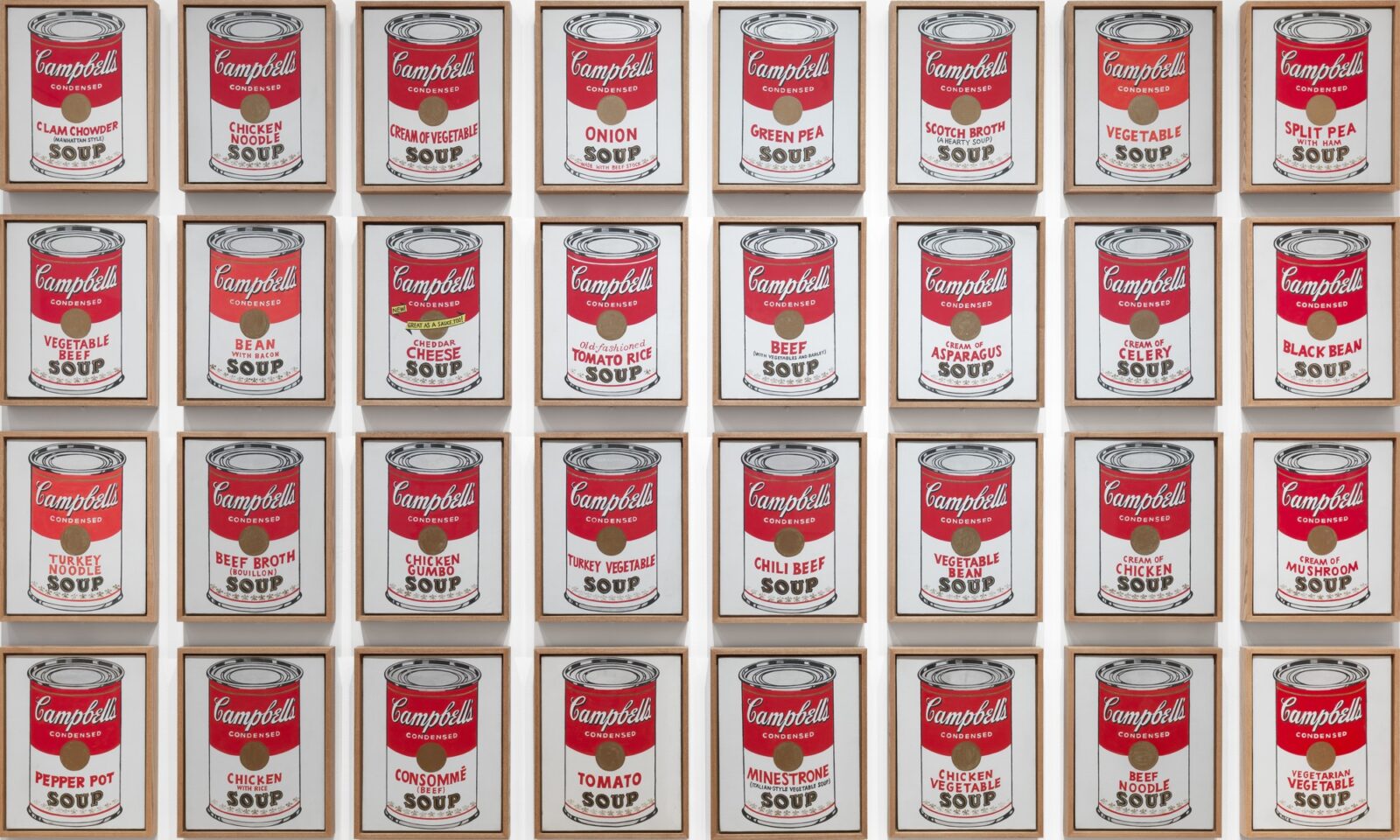 This painting, according to the artist, was his best work. It all started with one painting, then a whole series was born. It expresses Warhol’s desire to reveal the superficial nature of things and let everyone know that an iron or vacuum cleaner is as beautiful as green hills or clearing with flowers. Warhol explained his passion for painting ordinary things very simply: “I work with what I like. And he really loved Campbell soups, eating them right out of the can. This painting was sold for $24 million after Warhol died. The author himself in his time, unaware of anything, sold such at 100 bucks. 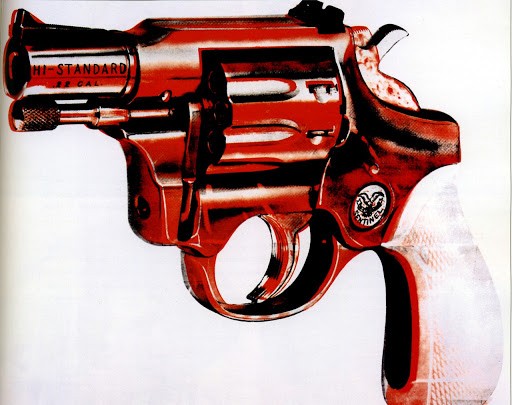 On June 3, 1968, Andy Warhol survived an attempt on his life – he received three bullet wounds to the stomach. A close encounter with death inspired the innovator of pop art to create several paintings, including the famous “Pistol” – a copy of a revolver from which he was almost shot. The red background shows a stencil image of the revolver in black and white. Today, this work is estimated at $6-7 million.

Warhol was the producer of the band Velvet Underground. His main contribution was to cover the debut album The Velvet Underground and Nico. It was there that the famous bright yellow banana, the artist’s signature and the inscription “Peel slowly and see” were first depicted. And the first editions of the album were equipped with a yellow banana glued to envelopes, which was ripped off, one could find another fruit – this time pink and peeled. 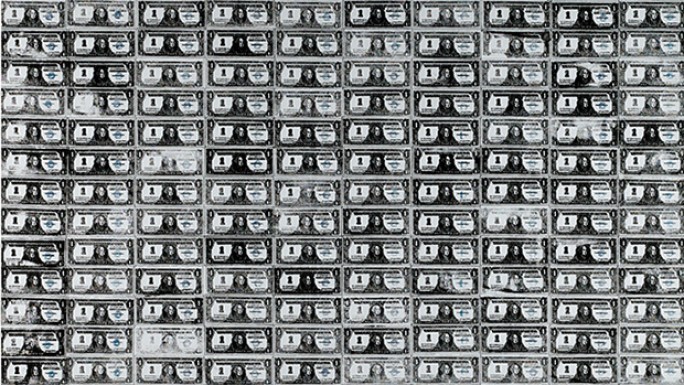 Warhol said, “I asked some of my friends to suggest topics for my work. Finally, a friend asked the right question: “Hey, what’s your favorite?” That’s how I started drawing money!” Andy Warhol, as a propagandist for everything that is mass-produced, couldn’t help but notice such a familiar American thing as a one-dollar bill. It was in this picture he maximally revealed the theme of spiritual and material values. There is nothing in the painting but money. Nevertheless, this work is among the most expensive: it was sold for 43.8 million dollars. Thus Warhol proved his main idea “art – it’s a profit if it sells well”. 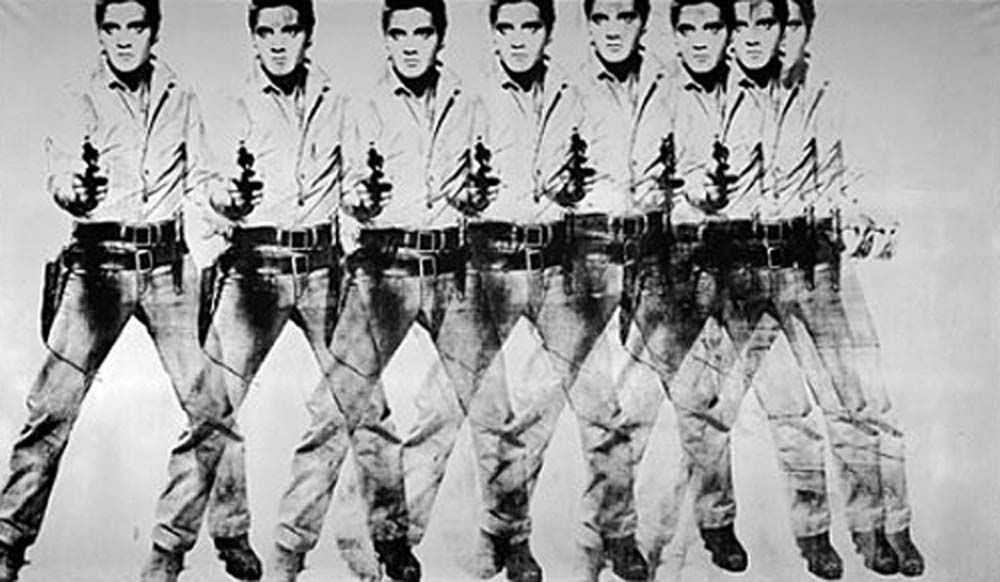 The palm of the championship among the most expensive works of Warhol belongs to the canvas “Eight Elvis”, which the artist was inspired by the untimely gone king of rock and roll. These several Presley are worth $108.1 million. The artist wanted not only to remember Elvis, but also to reflect his favorite theme in art – the theme of fame, monotonous repetition of the same images, and the fear of death. Performed Warhol picture in his favorite color – silver. 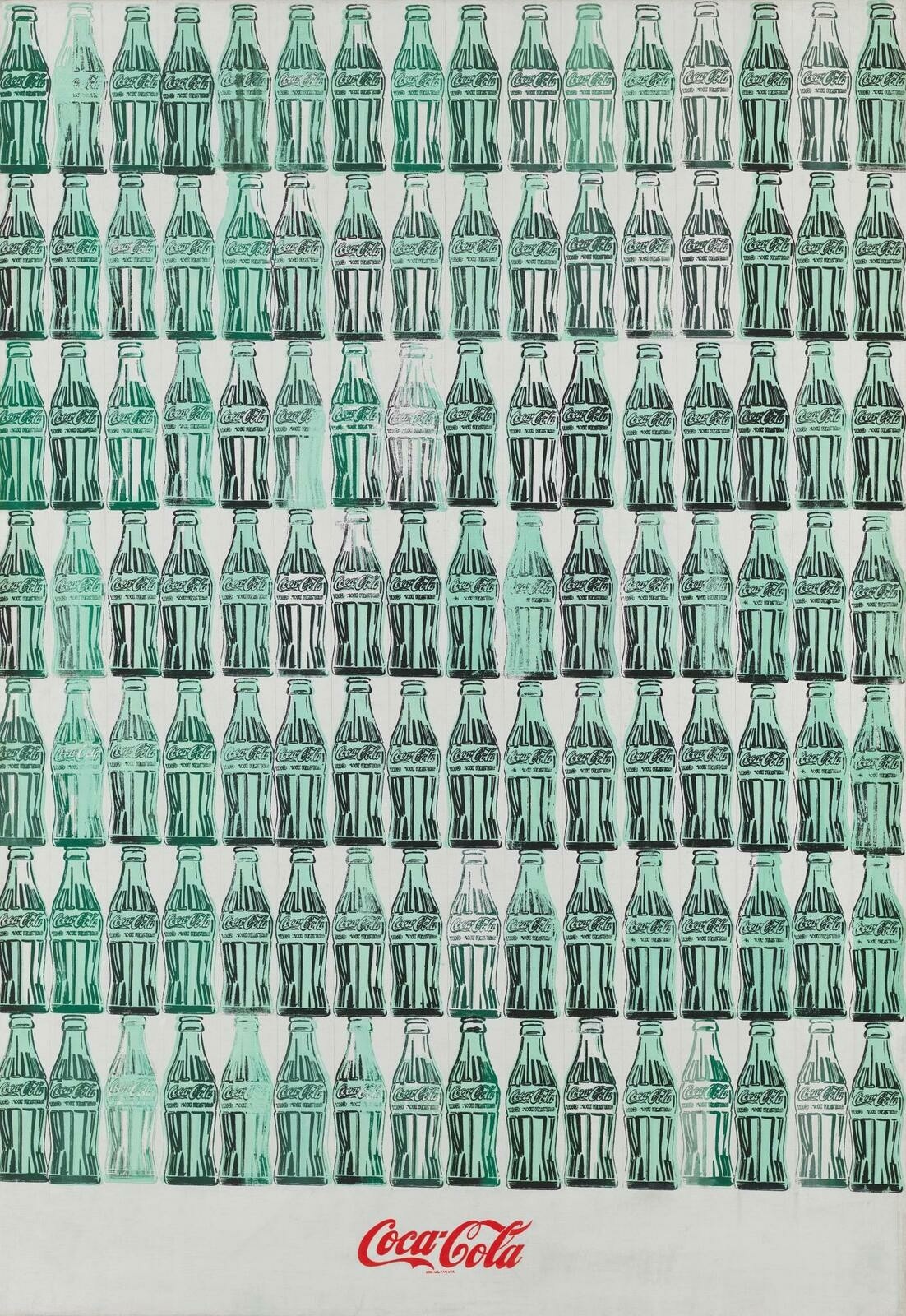 What could be simpler than just painting a bottle known to everyone? But that was the secret of Andy Warhol’s art – it has to be clear to everyone, and everyone drinks Coca-Cola, from the president to the worker. The artist did not bet on elitism, but on the masses, and did not pass it up. “In this country, it is amazing that it gave birth to a new tradition of consumption – the rich buy exactly the same products as the poor. The president drinks Coke, Liz Taylor drinks Coke, and just think, you drink Coke too,” he said. 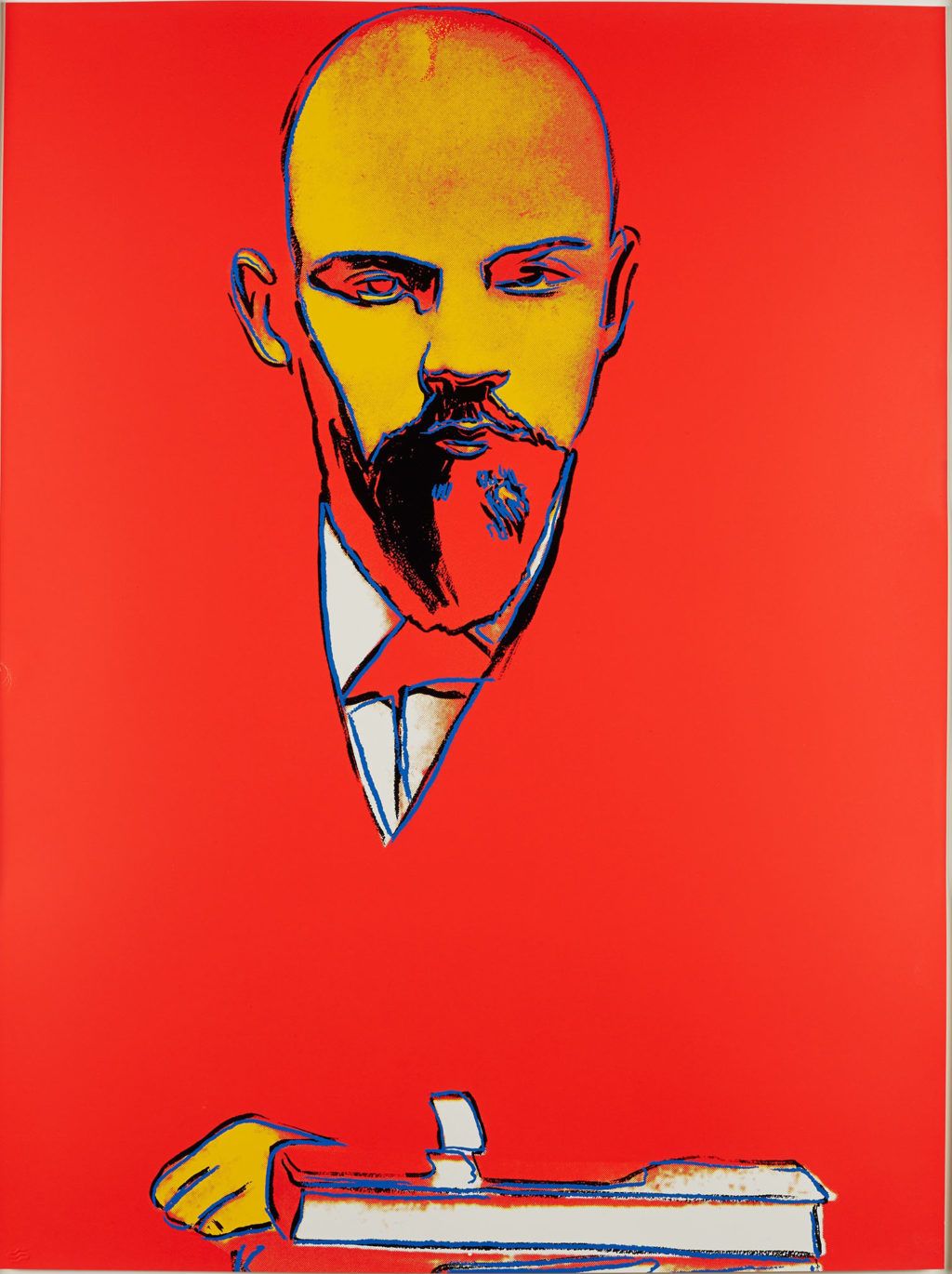 From celebrities that Andy Warhol painted very often, the artist moved on to politicians. One of his later works was the painting “Red Lenin”, which until recently belonged to Boris Berezovsky. Even before his death, the oligarch sold the work of art, and “Red Lenin” left the hammer for almost 202 thousand dollars to a private collector. Initially, the silk-screen reproduction of Warhol was estimated at 45-75 thousand dollars. 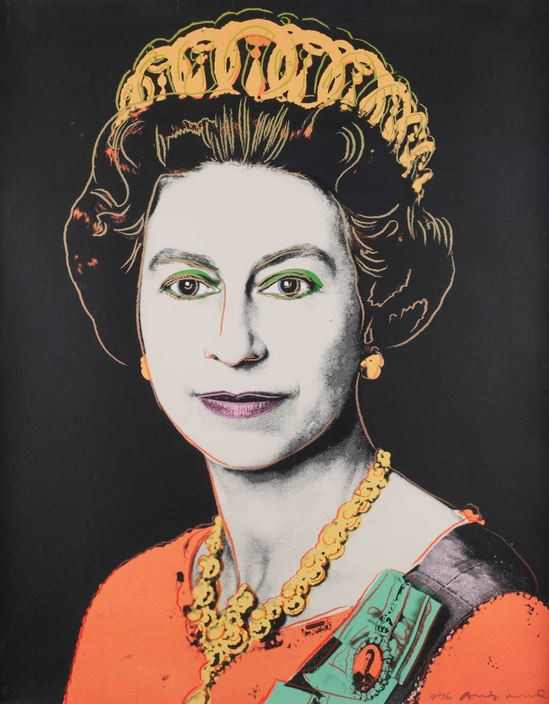 Elizabeth II’s 100 by 80-centimeter images were based on a 1975 photograph of the Queen by photographer Peter Grujon and were included in Warhol’s “Ruling Queens” selection. It also includes his portraits of Queen Beatrix of the Netherlands, Margrethe II of Denmark, and Ntomby Twala of Swaziland. The British Queen is depicted on the artist’s works in the Vladimir Tiara, once owned by representatives of the Russian Imperial House of Romanoff. Elizabeth II recently purchased four of her portraits, painted by Andy Warhol, for the Royal collection. 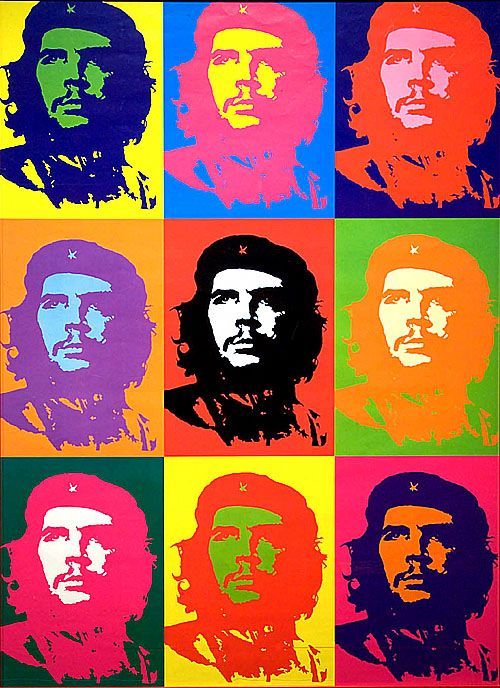 Few people know that the famous version of Che Guevara’s “Heroic Partisan” poster does not belong to Andy Warhol. The fact that his partner Gerard Malanga created this work in the style of Warhol, giving the work for the drawing of the latter for profit. But Gerard’s scam opened up and the prison was waiting for him. Then Warhol saved the situation – he agreed to admit the fake his work, provided that all income from the sale will go to him.