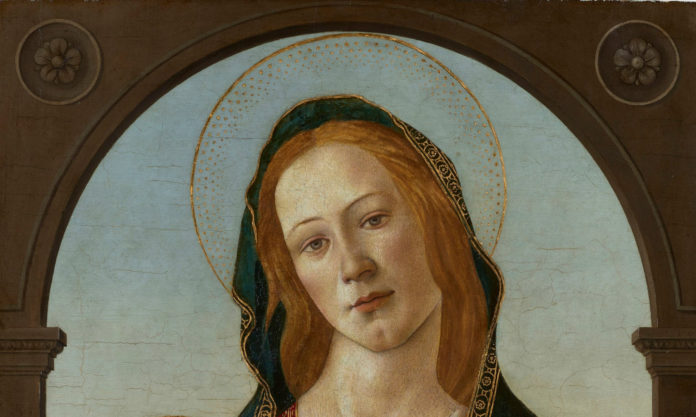 The fantastic value of the “Savior of the World” panel, attributed to Leonardo da Vinci, caused a surge of interest in old art and rising prices for it. Demand creates both an offer and a desire for collectors and experts to take a closer look at family gatherings or to overestimate the exhibits in museum vaults. In some cases, research produces unexpected – both historical and financial – results. Here are nine important discoveries in the art world that are being talked last year.

In June 2019, in a closed transaction was sold painting “Judith, beheading Holofernes,” which was found in the attic of a house in Toulouse in 2014 and attributed to Caravaggio. The painting was about to be put up for public auction for 170 million dollars, and it is unlikely that the new owner has paid less. He promised to hand the work over to “some famous museum”, which means to open it not only for the public, but also for experts.

Many experts question the authorship of the Baroque innovator and believe that the painting was painted by Louis Finson. That it belongs to a brush Caravaggio, there is no doubt not only the new owner, but also sold her auction house. The latter dedicated to the work of a special site, where the image can be downloaded at a resolution of 150 million pixels, that is, to study literally every stroke.

The icon of Cimabue

A sensation was also the sale of the panel “Scolding of Christ”, which experts recognized as the work of medieval Italian artist Cimabue (Chenny di Pepo). The painting, which for decades hung in the usual kitchen above the stove, brought at the auction 24 million euros instead of the expected 4-6 million. It was discovered by an expert from the auction house, who was invited by the owners to evaluate the furniture before moving. They considered the valuable work to be simply “an old icon from Russia”. The experts confirmed that the “Scolding of Christ” was part of a diptych created in 1280. The case of Chimabue – one in a million – is unlikely to happen again: the world knows only 11 works by this master.

The list of accidental discoveries that have brought millions must necessarily mention the name of Artemisia Gentileschi. This until recently forgotten artist of the XVII century is now rapidly gaining the status of a superstar. The paintings attributed to her very rarely appear on the market, so the sale of each becomes an event. Recently the most expensive work in the heritage of Artemisia was “Lucretia”. It was found in a private collection in the south-eastern French city of Lyon, where it was kept unidentified for about forty years. The auction house Artcurial estimated the painting at a modest 600-800 thousand euros, but the final price was 4.8 million. This is almost twice as much as the previous record set in 2017 for “Self-Portrait in the image of St. Catherine”. The attribution of the portrait, which was exhibited this summer at the Schuler Auktionen auction in Switzerland, did not mention the name Sandro Botticelli. However, the price of the lot from the declared 5-7 thousand Swiss francs rose to 6.4 million (about $ 6.36 million). This only indicates that the buyers were confident: they are fighting for the work of one of the greatest masters of the Renaissance. However, experts warn that the painting, which for almost 100 years was kept in a private collection in Zurich, and before that – at the collector’s in Florence, could have been painted by Botticelli’s pupils or another famous Renaissance artist, Fra Filippo Lippi. Unfortunately, the quality of the panel was strongly influenced by the repainting of extensive fragments and the unskilled restoration made in 1961.

The name Botticelli is associated with two other high-profile recent discoveries – both in the UK. In the spring, the English Heritage State Commission announced that the sketch of the “Madonna with a Pomegranate”, previously considered a rough copy of the famous Uffizi tondo, was actually the original. Under later layers of repainting and lacquering, the restorers found thin, easily recognizable strokes. However, art historians are not entirely convinced that the sketch was made by the master himself, and prefer to say that it was born “in the workshop of Botticelli.

The Madonna and Child from the National Museum in Cardiff has been a rough copy of the Botticelli style for decades. However, art historian and TV presenter Bendor Grosvenor convinced the producers of the reality show “Lost Masterpieces of Britain” to check the panel. The cleaning showed that the rough repainting hides high quality work, while the infrared photos showed a trick typical of Botticelli’s workshop. Numerous changes, such as in the hand area, proved that the painting was not a simple copy. The arch over the figures turned out to be the work of a falsifier of the early 20th century. It was decided to preserve it to reflect the history of the work. And yet experts are cautious and attribute the “Madonna” to the studio of the great master. But Jan Vermeer’s “Girl with a Letter at the Window” is going to change drastically. The restorers discovered that Cupid, which was originally located above the main character, was in fact painted not by the artist himself, as previously assumed, but by someone else, decades after the death of the master.

The restorers decided to restore the painting back to its original appearance and even showed the public a half-cleaned Cupid. It is believed that it will take at least another year to complete the work. Of course, some viewers may then lose the feeling of silence in the scene and immerse themselves, but… “Plato is my friend, but the truth is more precious”.

“Wisteria” Monet
But the Municipal Museum of The Hague, which suddenly discovered that it owns a valuable painting by Claude Monet, unfortunately can not show it. The fact is that the “Lug” is hidden under his own later image of wisteria. Art historians believe that this work has “incredible historical value”.

Firstly, there are traces of glass fragments on it, which confirms the assumption that it, along with other works, suffered from the collapse of the glass roof of the studio during the bombing of World War II. Second, this “Wisteria” appears to have been the first in a series called “The Great Decoration”: Monet conceived a continuous panel with lilies topped with garlands of Wisteria. Usually, the artist did not reuse canvases, and once he began to write on the already worked out canvas, he conducted a kind of experiment.

The last opening on our list is actually one of the most important. Scientists have managed to name with a certain accuracy the author of the famous portrait “Lady in a Fur Cape”, which was previously attributed to El Greco. After four years of careful technical analysis and comparison of this painting with the works of five other artists of the XVI century, experts concluded that it was painted by Alonso Sanchez Coelho. He was the chief portraitist at the court of Philip II and enjoyed the great favor of the king. And although experts now understand who painted the captivating portrait, the identity of the mysterious lady is still unsolved.