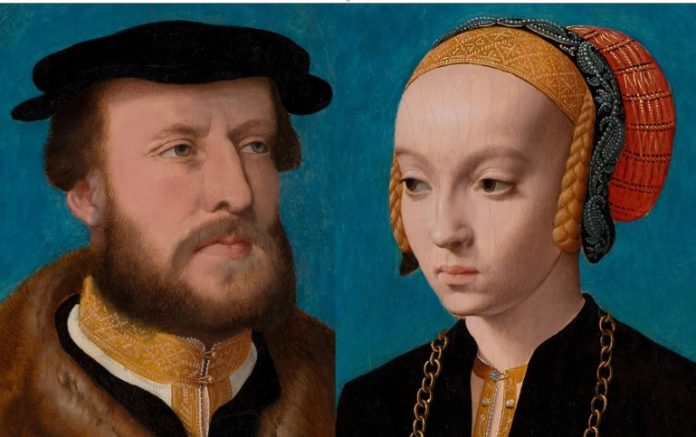 The Royal Gallery of Mauritshuis in The Hague has announced the reunion of a couple of wedding portraits by Bartholomäus Bruyn. Portraits of Jakob Omphalius and his bride Elisabeth Bellinghausen were presented at an auction almost 125 years ago. The woman’s name, like the portrait of her fiancé, was lost – and now restored after a clever detective investigation.

The artist Bartholomäus Bruyn from Cologne immortalized Jacob and his bride Elisabeth on two panels just before their marriage in 1539. About 350 years ago the pair were joined together in a “portrait diptych”: the boards were attached to each other by hinged hinges. However, in 1896 Elizabeth lost her husband – more precisely, his portrait – at an auction in London. Then the paintings were sold as paintings of unknown persons, attributed to Jan Gossaert (Mabuse).

In 1912, the female image became part of the collection of Rijksmuseum, which in 1951 gave it to Mauritshuis on a long-term lease. There the picture hung as “Portrait of the unknown”, and the name of the model and location of the second half of the work was still a mystery. 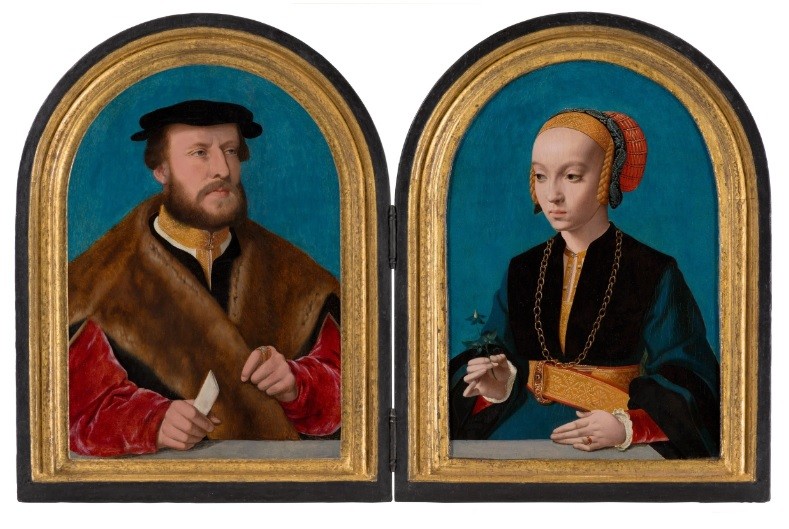 About twenty years ago, art historians found out that the painting was originally half a diptych, and decided to reveal the identity of the depicted. They knew that the panel had been painted by Bartoloméus Brain and that the backside had the emblem of Peter Bellinghausen, professor of civil law in Cologne. Scientists assumed that they were looking at a portrait of one of his daughters.

Thanks to the writings of theologian Petrus Hofstede de Groot, made in an auction catalog in 1896, it was possible to identify the emblem on the back of the lost male portrait. It belonged to Cologne lawyer Jacob Omphalius, and, therefore, the painting from Mauritshuis depicts his wife Elizabeth. But all traces of the panel with Jacob himself disappeared in 1955, the last time it was put up for auction.

Only in May 2019 did the “Portrait of the Unknown” appear at the auction in a small auction house in Paris. It was purchased by a gallery from Geneva, which did not suspect the identity of the depicted. Mauritshuis learned about it from a curator in a German museum and attempted to reunite the couple. In the spring of 2020, it was a success.

Bartoloméus Brain was in great demand as a portraitist – he painted a whole generation of Cologne dignitaries. His portraits are characterized by the realistic transmission of faces and hands, the use of bright colors and carefully executed details of clothing and props. Brian (1493-1555) received very few orders for single images, mainly specializing in wedding portraits in the form of diptychs.
Jakob Omphalius (1500-1567) was an outstanding lawyer and scholar from Cologne. He studied in Cologne, Utrecht, and Leuven and graduated from the Faculty of Law at the Sorbonne in Paris and then Toulouse. He held various high positions, lectured on law at the University of Cologne, and was elevated to the rank of nobility in 1559. The dates of birth and death of Elisabeth Bellinghausen are not set – in the portrait, she looks much younger than her fiance.

The couple had 13 children, and after her death, Elizabeth married again. 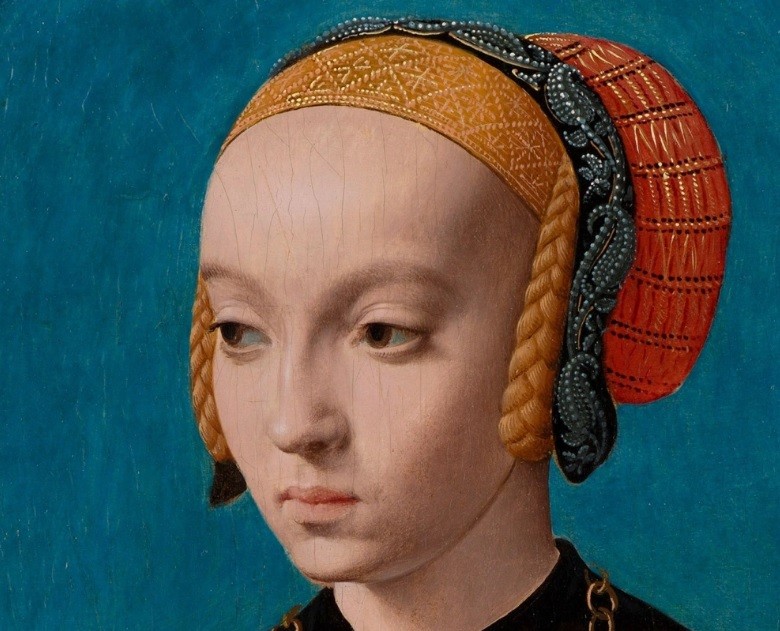 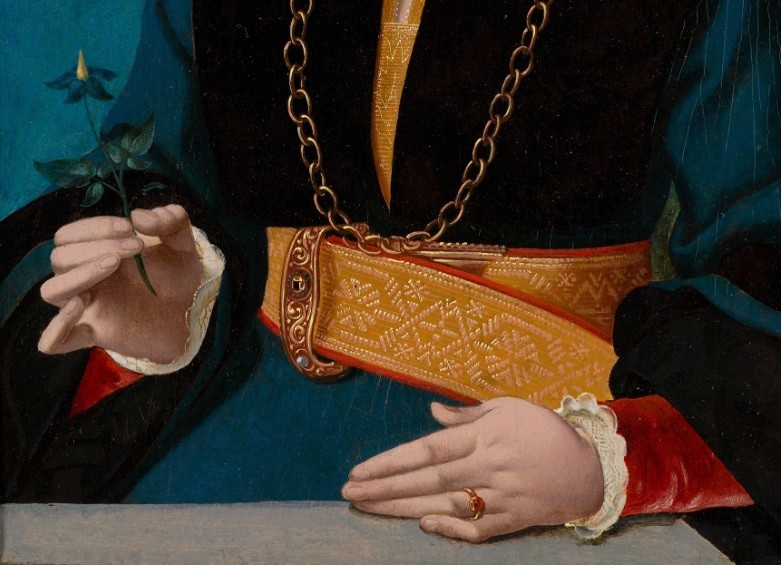 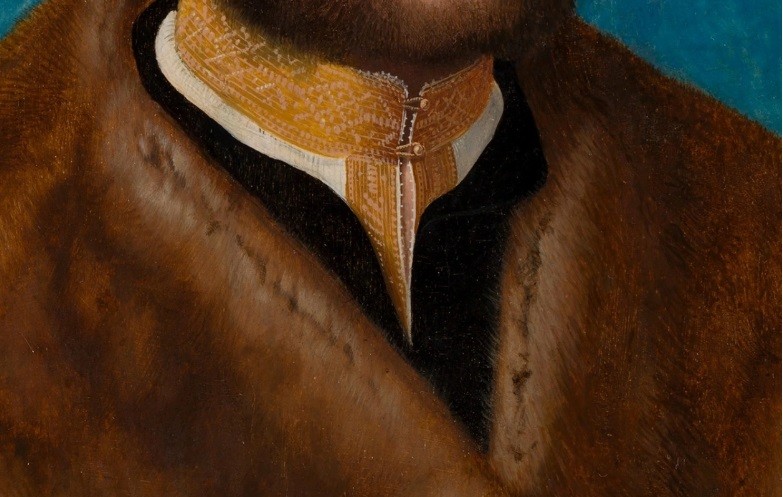 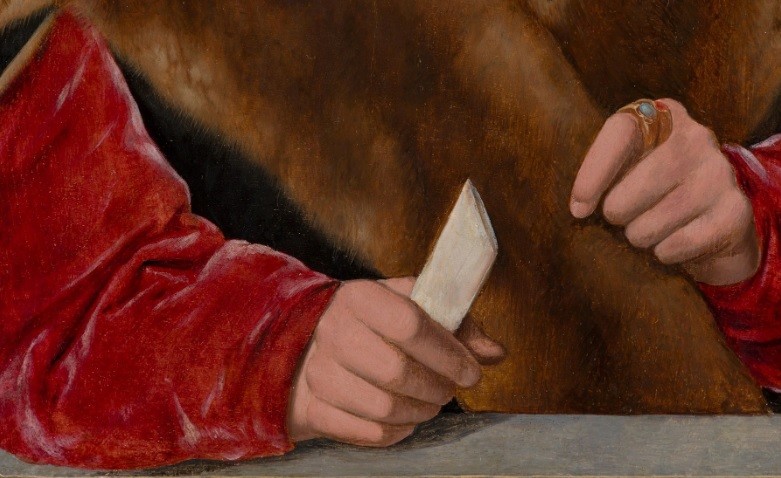 The double portrait was painted after the couple’s engagement but before the wedding. Elizabeth’s hairstyle indicates this: her braids look out from under her cap, and her hair needs to be shaved off to make her forehead look taller in the fashion of the time. Married women had different haircuts. With her thin fingers, the girl holds a sweet-bitter nightshade flower – this plant is often found on wedding portraits from Cologne in the XVI century.

Brain has painted out his model’s clothes in the smallest details, such as Elizabeth’s richly decorated belt and fine embroidery on her blouse. He worked with bright colors – azure, red, yellow – and did fine brushstrokes to make his clients’ faces look alive.

Unfortunately, the original frames of the portraits were lost. Mauritshuis’ masters made new ones based on samples from other Brian’s portraits, and now the images of Jacob and Elizabeth again form a diptych. Married portraits were often separated, especially when one of them was considered “commercially more attractive”. But this reunited couple demonstrates how harmonious the paintings presented together can be, as originally conceived.