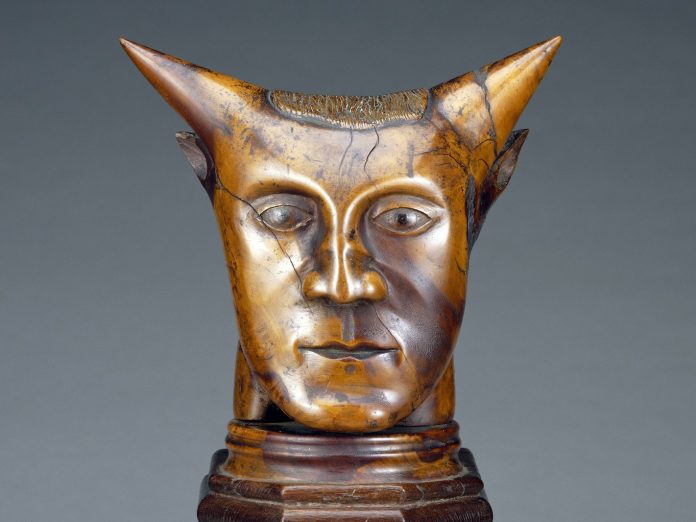 “A valuable and rare sculpture”, acquired by the Paul Getty Museum for $3-5 million as a Paul Gauguin work, was considered a forgery. Now, according to The Art Newspaper and Le Figaro, art historians have attributed the work called “Head and horns” to an unknown artist and removed from the permanent exhibition.

The institution purchased the sculpture in 2002 from Wildenstein & Company. The sculpture is owned by an influential Franco-American dynasty of art dealers involved in numerous lawsuits.

The researchers quietly changed the attribution last December and the work did not participate in recent major exhibitions of Gauguin’s works in the National Gallery of Canada in Ottawa and the National Gallery in London. The main evidence linking the sculpture to the French post-impressionist was two photographs taken by the artist and included in his memories of a trip to Tahiti. In a 2002 press release, Getty’s curators noted the similarity of the sculpture to Gauguin and suggested that it was a symbolic self-portrait.

“Gauguin’s sculpture is extremely rare and intriguing,” said Deborah Gribbon, the then director of the institution, when she acquired it. – We were particularly lucky to be able to show “The Head with the Horns”, which will be the center of our symbolic art exposition.

After the purchase, the museum willingly leased out the work. It has visited exhibitions at Tate Modern in London, the National Gallery of Art in Washington DC, MoMA in New York and Museo delle Culture in Milan.

However, the sculpture does not bear Gauguin’s signature. Originally the work dates from 1895 to 1897, which coincided with the period spent by the artist in Tahiti. It is now believed that it was made in 1894, when Gauguin was still in France.

Gauguin’s drawing “The Tahitian and the Evil Spirit” (ca. 1900). Museum The work has long been in doubt by some experts. Shortly after the Getty Museum bought “The Head”, Fabrice Furmanoir, a collector of 19th century Tahitian photographs, discovered an image of the sculpture made by Jules Agostini and signed “Idole Marquisienne” (“Marquis Idol”). The researcher suggested that the work was performed by an artist who lived in the Marquesas Islands, which later became part of French Polynesia.

In Agostini’s photo album “Head with horns” is located next to the portrait of George Lagarde, the ethnographer who may have owned the sculpture. Both photos date back to 1894.

There are also white spots in Provenance Head. Wildenstein & Company bought it from a private Swiss collector in 1993, and four years later presented it at the Fondation Maeght. This work was first attributed to Gauguin by Daniel Wildenstein, author of a catalogue-resonance dedicated to the years 1873 – 1888. The next volume, covering the years 1888 – 1903, is due out at the end of 2020, but the sculpture is not included there. Artnet News was informed about this by the Wildenstein Plattner Institute. So far, the Gauguin committee at this institution has not received the “Head with horns” for research and expertise.

This is not the first time that Wildenstein is at the center of public scandals. A French family engaged in art trade was accused in France of tax evasion, concealing missing or stolen works, and even in relations with the Nazis during World War II. All these claims are denied by the art dealer dynasty.

Now the “Head and Horns” of sandalwood and its sycamore pedestal are being studied by specialists from the Getty Museum, who want to know more about the origin of the sculpture. Some Polynesian art historians say that the devil’s horns point to Christian and European rather than local iconography. And Fabrice Furmanoir put forward the theory that the work was carved by a tourist from Europe.