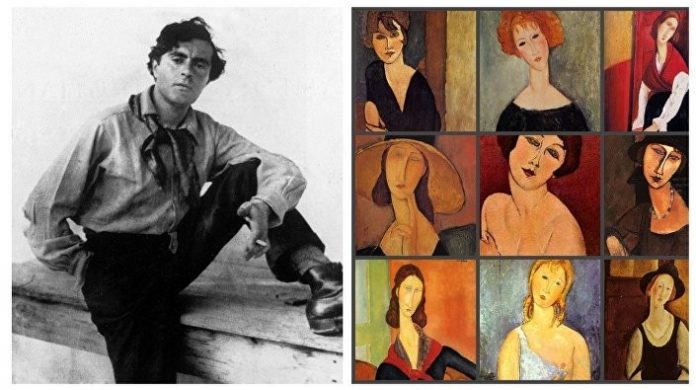 July 12 is the birthday of a famous artist, about whom books are written, and films are made, and whose original style cannot be laid in any artistic direction. During his lifetime, his works were not in demand, but today they are breaking records at world auctions. This unrecognized genius died in terrible poverty, and now whole fortunes are being laid out for his paintings at auctions.

He was born July 12, 1884, in Livorno (Tuscany, Italy), in a Jewish family. Introducing himself, young Amedeo said: “Modigliani. Jew”. He was worried about his nationality but chose the tactics of self-affirmation, rather than renunciation.

His father, Flaminio Modigliani, a mining engineer, ran coal mines in Sardinia and owned thirty acres of forestry. But when Amadeo was already an adult, his family income was too low to support him.

Came to painting through illness

According to the recollections of Amedeo’s mother, at the age of 14, the boy fell ill with typhus incurable at that time. Bedridden by severe fever, Amedeo raved about the works of Italian masters. As soon as he miraculously recovered, his parents allowed him to drop out of school in order to devote all his free time to painting lessons at the Livorno Academy of Arts. Since then, young Modigliani has studied a lot at different masters and in different schools: in Florence, Venice, and, later, in Paris.

Patron of Modigliani was a doctor

In 1907, Modigliani rented a house in Dr. Paul Alexander. He became the patron of a young artist and bought his works. With his help, the works of Modigliani were exhibited in the Salon of Independents, although they left the audience indifferent.

Although, Amedeo Modigliani is better known as an artist, from 1909 to 1914 he was mainly engaged in sculpture. In 1911, Amedeo exhibited stone sculptures (the so-called “pillars of tenderness”) in the studio of the Portuguese artist Amedeo de Souza-Cordoso. Some of these works were even sold by the artist at the Autumn Salon in 1912.

Amedeo Modigliani’s pearl is considered to be his work in the nude genre. Original, warm, sensual, and very realistic, they once led to the sudden closing of his solo exhibition in Paris, which, as luck would have it, took place just opposite the police station.