As 2020 begins, the art market is in serious turmoil. The entry into force of the fifth EU anti-money laundering directive and the Brexit that began deprived London auctions of first-class works and some European collectors; the coronavirus epidemic has put Art Basel Hong Kong online and canceled a dozen other art fairs and auction sales; and the ensuing fall in stock market indices and the value of major oil brands has affected the personal fortunes of the world’s major collectors. Investors who did not have time to sell art “at its peak” are now deciding whether to rush into a sale; those who have money to spare are considering whether to buy “on the decline. The thoughts of both come down to one question: what will happen to the market next?

Factors that both negatively and significantly affect the art market can be divided into three groups: political instability (and at its extreme, war), the economic crisis, and the epidemic. By analyzing the sales volume and price dynamics of art during times of social and economic turmoil, it is possible to make a certain prediction about how the art market will behave today, but with one significant caveat: in recent history, the art market has never faced a pandemic-level epidemic.

Epidemics have been historical companions to the development of art and the emergence of the art market. Suffice it to recall that the first prototype art fair in Venice in the fourteenth century ceased to exist with the arrival of the bubonic plague in Europe. In the next three centuries, between outbreaks of the “black death,” the masters of the Italian Renaissance created, Hans Holbein and Titian were carried away by the plague, and Hieronymus Bosch and Peter Brueghel were born. In Venice in particular, Tintoretto painted his greatest works in a building designed for a plague quarantine. The retreat of the plague from Northern Europe contributed to the development of the seventeenth-century secular art market in the Netherlands. In the eighteenth and nineteenth centuries, major epidemics were already caused by typhoid, cholera, and tuberculosis. Pre-Raphaelite painters often married women with tuberculosis, and Toulouse-Lautrec romanticized the sickly beauty (the artist later died of tuberculosis).

In the 20th century, with the development of modern medicine, mass epidemics seemed to recede. In 2016, due to the Zika virus epidemic in Florida, Art Basel Miami Beach was in doubt, but the fair took place on time and showed good attendance and sales. A year later Art Basel faced another natural disaster – this time the fair was threatened by the devastating effects of Hurricane Irma. As a result, for Miami artists affected by the hurricane, MCH Group (the company that owns the Art Basel brand) created a special fund, giving away $500 each to local artists. In 2020, the coronavirus again affected Art Basel, the first major market player to cancel the fair scheduled for March 19-21 in Hong Kong, and moving sales online. 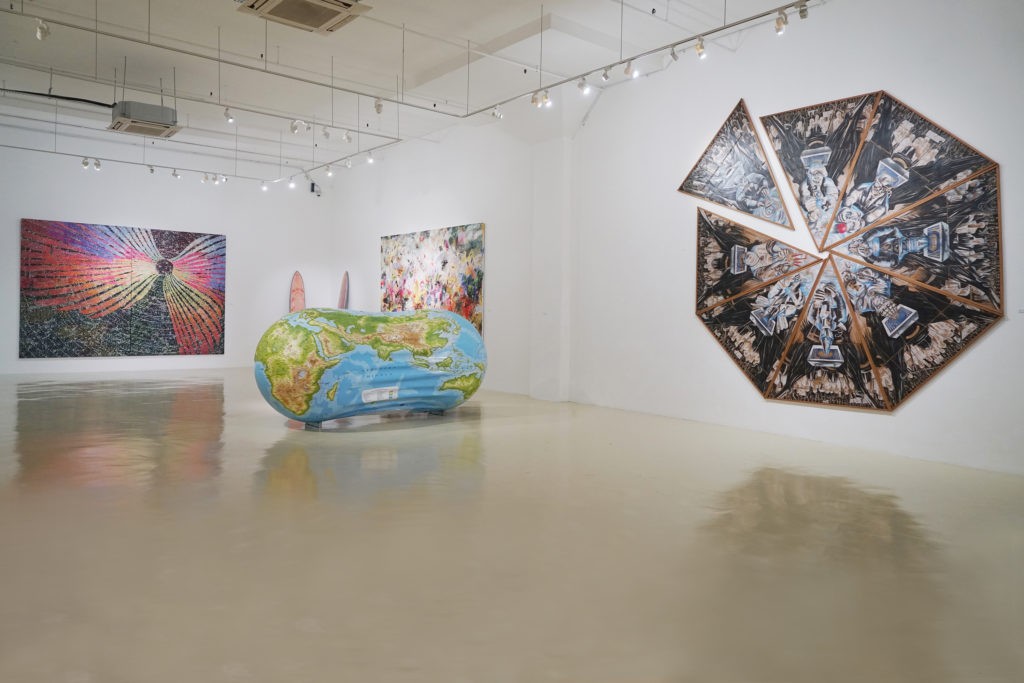 Since the beginning of March, other fairs have announced postponements or cancellations: Beijing’s Jingart, Milan’s miart, as well as Art Paris, Art Berlin, and Art Dubai. The TEFAF fair in Maastricht (Netherlands), which risked holding an event in a country with 20 confirmed cases of infection, was closed four days before the end, on March 11, 2020, after coronavirus was detected in one of the participating gallerists. At the same time, immediately after the opening, TEFAF managed to report a 27% reduction in the number of VIP guests at the fair’s vernissage, the traditional day of most major deals. On March 14 the auction house Christie’s announced the closure of its offices in several countries and postponed the auction to a later date: at the moment it affected 14 auctions in New York and Paris, which were to be held until the end of April. Finally, many international museums (primarily Italian museums) have announced the creation of interactive versions of current exhibitions and permanent exhibitions for visitors who cannot enter the country because of the pandemic.

At first glance, the pandemic situation can play to the advantage of the art market: it can increase the amount of accessible digital art (as we know from 2011, the virtual equivalent of a museum encourages the visitor to come and see the collection live), and the postponed or canceled fairs and auctions can create a “delayed demand” effect, prompting collectors to double their energy in buying after the market depressurizes. The fact that the art market needs a reset, if not a pause, was hinted at by figures from Art Basel & UBS’ 2019 and 2020 reports: in particular, the growth in the number of objects on sale (supply) was percentage-wise behind the price dynamics of sales and the turnover of the global market as a whole (demand). In economics, however, the deferred demand factor only works if the buyer retains free capital, and the current pandemic brings with it a serious economic crisis. 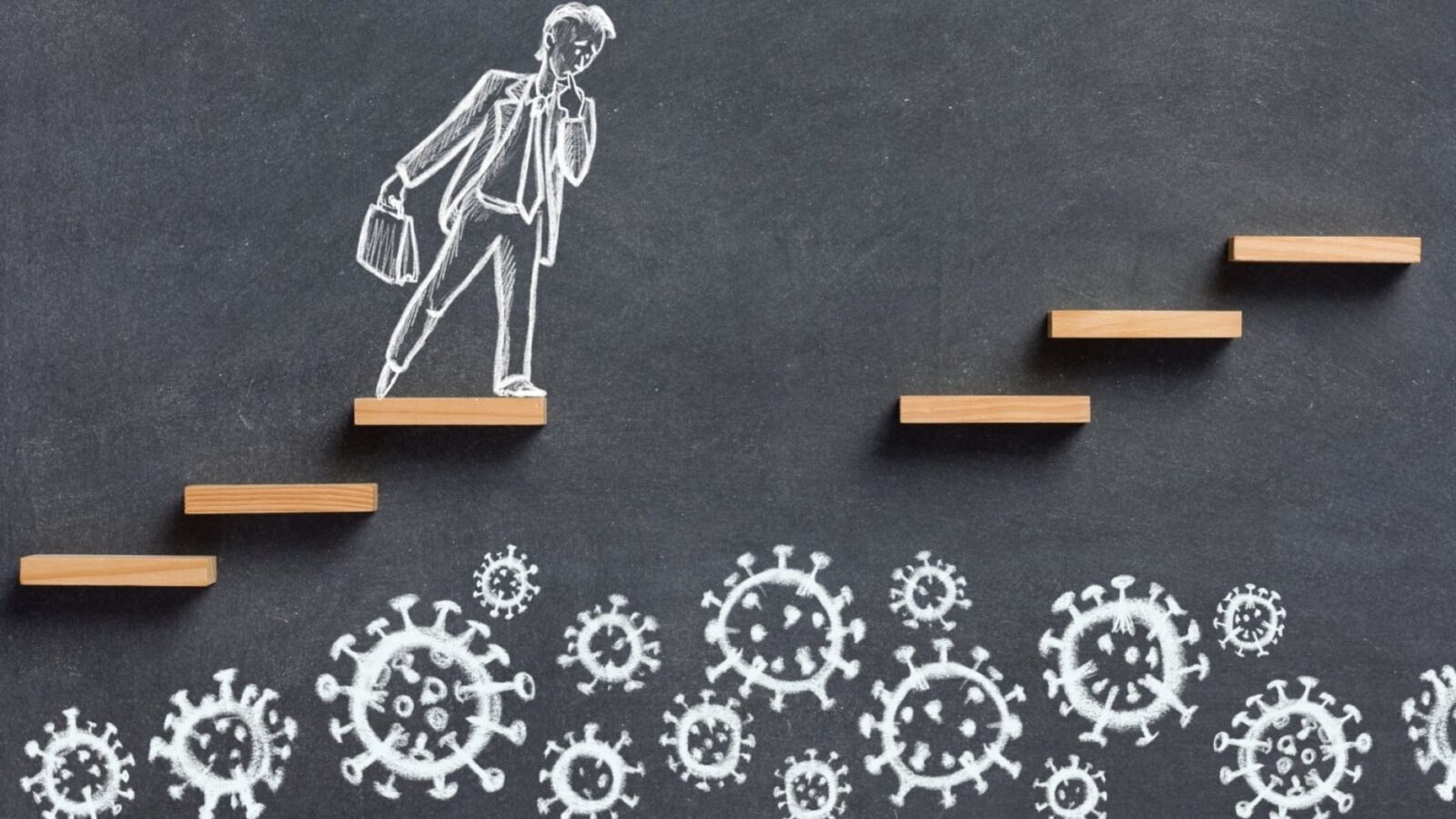 The economic risks arising during epidemics have been studied before. China’s MSCI stock index fell 8.6 percent after the SARS outbreak in April 2003, but recovered and rose more than 30 percent from its pre-crisis level over the next three months. The stock index on the Hong Kong Stock Exchange fell 20% in the same period, but rebounded just as quickly. The 2009 swine flu epidemic caused the MSCI Mexico Index to fall 4 percent, which then rose more than 25 percent. However, these epidemics were localized. U.S. health economists Victoria Fan, Dean Jamieson and Lawrence Summers (the latter a former U.S. Treasury Secretary) in 2018 estimated the expected annual loss from a pandemic (i.e. global epidemic) flu epidemic at $500 billion (0.6% of global GDP), including both lost revenue and domestic health costs to countries.

Today, two months after the beginning of the actual pandemic, the Oxford Economics think tank estimates that global GDP losses from the spread of the coronavirus in 2020 could be as much as $1.1 trillion, double the projected losses. At the same time, by early March 2020, 11 million people who do not produce or consume goods and services as usual have been out of work for a long time because of the virus. As we know, the economic losses that occur during epidemics are also due to the fear and panic of people committing the illogical acts of selling and buying. 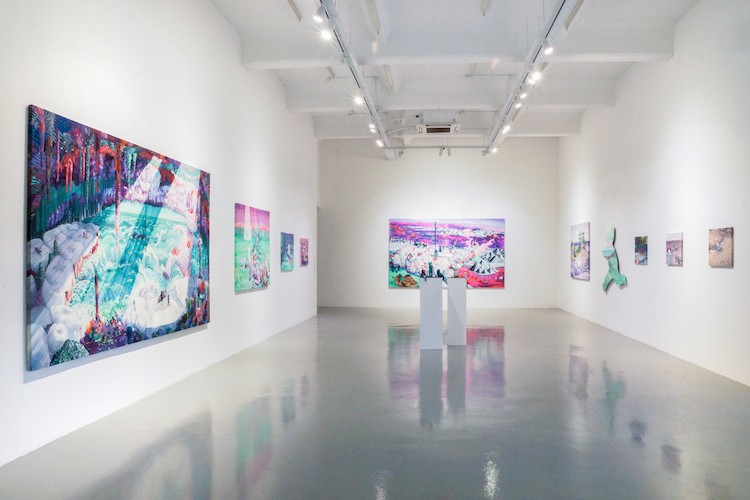 Back to the art market. According to a report by Art Basel & UBS, galleries and dealers made 45% of their sales at art fairs in 2019. Participation costs at fairs accounted for $4.6 billion (23%) of total seller expenses ($19.9 billion). Packaging and logistics alone accounted for 11% of the costs at just under $2.2 billion. When a fair is canceled or rescheduled, it doesn’t mean the galleries don’t incur costs. They have already incurred them by paying for the pavilions and logistics in advance. Nowadays fairs do not reimburse money; they postpone events indefinitely, keeping (at best) the conditions for galleries. But will collectors be willing to incorporate the new terms into their international travel schedule? Especially since this schedule will primarily be subordinated to the elimination of the consequences of the pandemic, in other words, to social and business issues. This is issue number one.

On average, galleries attend four fairs a year, and the terms of most major fairs require a minimum of six months’ prepayment. In this sense, at the beginning of 2020, the average gallery has already paid for two of the four fairs, one of which was cancelled or postponed, while the other is in limbo (such as Art Basel in Basel, at the end of June). The fair offices operate year-round – 11 out of 12 months the staff works hard to attract collectors, during periods of turbulence. Unable to generate revenue from tickets or sponsorship contracts, today the fairs maintain their own staff and office with money pre-paid by the galleries, waiting for better times. When will those times finally come, will they be able to fulfill their obligations to the galleries? That is question number two.

At first glance the auction houses seem to be in the most advantageous position today – they have three sales channels at their disposal: public, private and online auctions. However, the first ones are being postponed today, the second are experiencing serious competition with big dealers of the caliber of Larry Gagosian and David Zwirner, and the online space promises to try Art Basel the other day instead of the physical fair in Hong Kong. Add to that the need to maintain a staff and pay rent (especially for large houses with international branches) – an extremely unprofitable situation. Online auctions also do not escape the pandemic – they are obliged to accept and inspect works for bidding personally (we are talking about those who care about reputation), so quarantine for them is tantamount to a de facto cessation of activity. Add to this the possible problems with the logistics of works of art: in general, international shipping works without restrictions, but the transport companies are expecting an increase in time for customs clearance of goods. Who benefits at this stage is the art-lawyers, who specialize in force majeure liquidated damages, the category of which is defined in most contracts as epidemics.

To summarize: unfortunately, the effect of “deferred demand” in this case will not work with the art market – on the way out of the epidemic of coronavirus we will have an economic recession (plus the consequences of Brexit and the fifth anti-washing directive of the EU). In past periods of crisis, the art market has always reacted late to a general economic downturn, thereby smoothing out sharp drops in digital terms. In 2020, the period of “smoothing” is still in quarantine.

In the second part of this article, we will examine the art market’s reaction to other negative events in its history-economic crises and wars-and compare this to the current situation. Despite all its uniqueness, we can always find an answer in history.

The future of the art market: The role of Christie’s