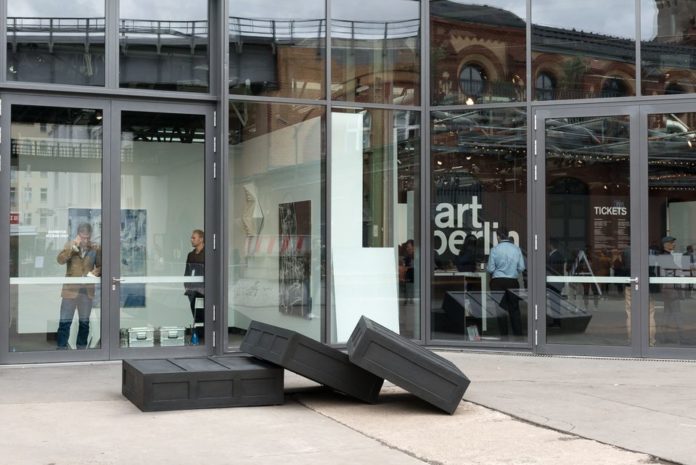 Berlin Art Week has changed its dates to 26-30 September, shifting two weeks later than its former mid-September slot. Negotiations for the new timeline began after news that the sophomore edition of Art Berlin—a reboot of the former Art Berlin Contemporary (abc) fair in partnership with Art Cologne but run by Koelnmesse—needed to change its date and location to the former Tempelhof airport.

Meanwhile, the Positions art fair has also moved its dates and secured a location at Tempelhof, making it the first time two Berlin fairs will run simultaneously in the same location. The site also hosts Volksbühne Berlin, inaugurated last September under the directorship of Chris Dercon. The new dates also allow for the overlap with the openings connected to European Month of Photography—such as C/O Berlin’s, with a theme of “back to the future”—from 28 September.

But the new schedule clashes with the nearby Viennacontemporary (27-30 September) and Expo Chicago (27-30 September), and comes the week before Frieze London (4-7 October). “We are currently working on longer-term leases in order to plan better in the future,” Maike Cruse, the director of Art Berlin, told Monopol magazine.