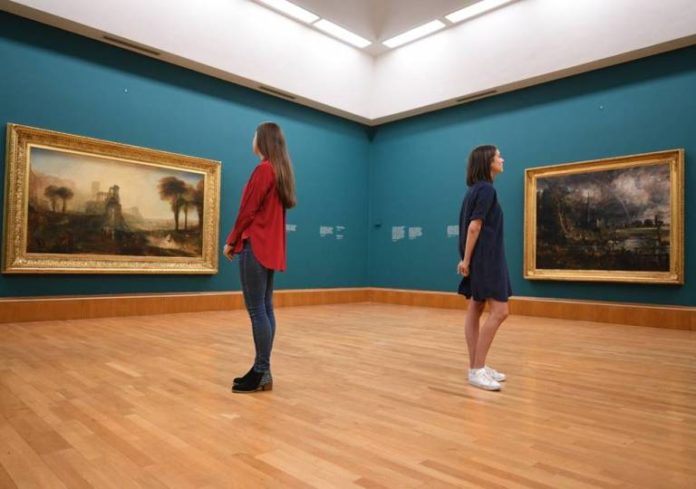 Two masterpieces of English art have been reunited for the first time in almost two centuries as part of a new display at Tate Britain.

John Constable’s 1831 work, Salisbury Cathedral From The Meadows, right, returns to the gallery after a five-year tour of the UK where it has been seen by almost one million people. It will hang next to J M W Turner’s painting from the same year, Caligula’s Palace And Bridge, just as they did at the Royal Academy in 1831.

Tate Britain director Alex Farquharson, said the tour had fulfilled Constable’s wishes that the work would “be seen by as many people across the country as possible”.

The fierce rivalry between the two men, born a year apart Turner in 1775, Constable in 1776 dominated the London art world. It peaked in 1832 when they clashed over another Royal Academy show. Constable was showing The Opening Of Waterloo Bridge, which he had been working on for 15 years. Turner, realising his own painting a sombre seascape suffered next to his rival’s, strode into the gallery and painted a small red buoy in the middle of his canvas before leaving without saying a word.

Constable, mortified by Turner’s touch of genius which transformed the work, is said to have remarked: “He has been here and fired a gun.” The scene was recreated in Mike Leigh’s film Mr Turner, starring Timothy Spall.

The display, Fire And Water, opens at Tate Britain from Saturday until July next year.