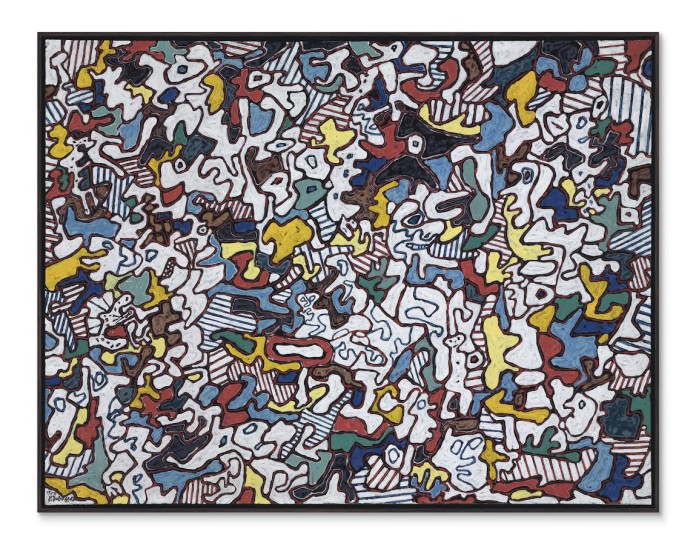 The Dubuffet market continues to gather momentum with two works announced for London’s March sales in Melanie Gerlis’s Financial Times column, including this work at Christie’s estimated at £7-10m:

On March 8 Sotheby’s offers a prime early work, “L’homme au papillon” (1954, estimate £3m-£5m), which was shown at a Tate exhibition in 1966, after it had been bought by the extraordinary, understated, British collector, E J (Ted) Power. Power bought the painting when he first met Dubuffet in 1958 (and went on to own dozens of his works among a fine collection of postwar art).

“Everything Dubuffet is being looked at afresh,” says Alex Branczik, Sotheby’s head of contemporary art, Europe. “He was a prolific artist and people are discovering new pockets of interesting work,” he adds.

Meanwhile Christie’s has an in-demand, “Paris Circus”-series work for its auction the previous evening. “Etre et Paraitre” (1963) will be offered for £7m-£10m.