Home Art market For the UK’s Art Market, Brexit Could Be an Opportunity 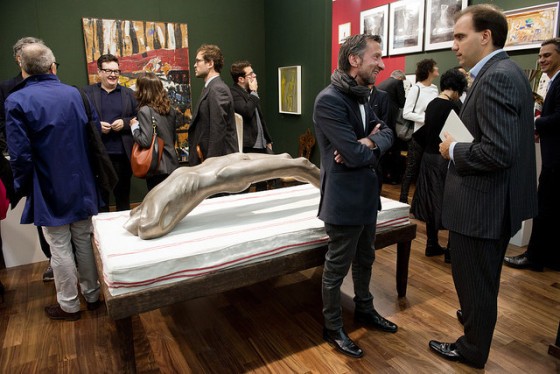 Ever since the Brexit vote, talk has made its way around British art circles that leaving the EU could eventually become a strong competitive advantage to the UK’s art market. Collectors, dealers and the various ancillary professionals all see the potential for the UK to provide advantageous trading terms for art dealing.

Anthony Browne, chairman of the British Art Market Federation, claims the art market employs 40,000 directly and 100,000 more indirectly. He also made the case publicly in the Telegraph:

While the EU is main trading partner for many other sectors of the UK economy, 85 per cent of the £4 billion worth of art imported to the UK last year came from non-EU countries, and only 2 per cent of all art exports went to EU destinations. It is probably for this reason that the British art market has so far taken the Brexit vote in its stride. […]

Now is the time to eliminate or reduce the regulatory burdens that have piled up over recent decades, adding costs and compromising London’s competitive position as against its principal rivals: New York, Hong Kong and Switzerland’s art trade centres. As the market here is mainly made up of small businesses, a reduction in those costs would have a wide impact.