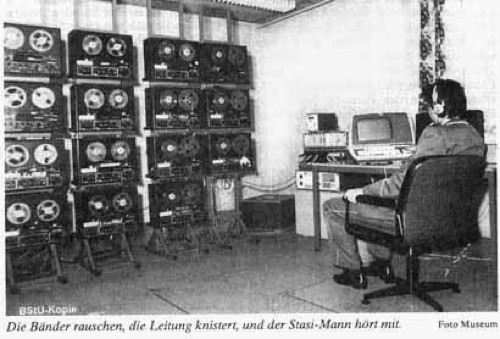 Catherine Hickley has news of a new initiative to trace the ownership of works of art appropriated by the East German secret police who, in addition to spying their own people, decided to loot the possessions of those who fled:

The German government plans to allocate funding, through the Lost Art Foundation, to research art theft that took place under the Soviet occupation and the East German communist regime. The first step will be to investigate Aktion Licht and compile a list of sources, such as Stasi archives, that may contain more information about the seizures.

Aktion Licht took place over a weekend in January 1962, when the Stasi opened the safe deposit boxes of East Germans who fled to the West as well as Jewish families that fled before the war.