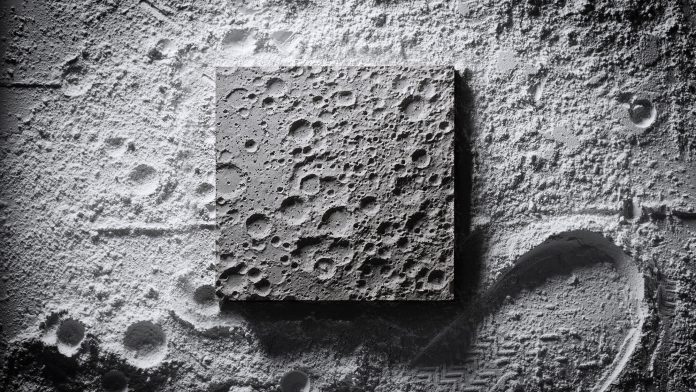 Most of us will never get to touch the moon’s outer crust, but a new project by DeskSpace lets people pretend they’ve got a little portion of the crater-covered satellite sitting on their desks or hung up on their walls. Designed using data from NASA’s Lunar Reconnaissance Orbiter, the Lunar Surface is a square piece of portland concrete that’s natural bubbles form ridges and dips that mimic the divets caused by meteorites.

The astronomical project commemorates humans’ first steps on the moon. “It was 50 years ago that the first Apollo landing took place. With such an important anniversary, we understand that space enthusiasts need special items for their collections,” DeskSpace said. There are just a few options left for purchase on Kickstarter, but you can stay up to date with future space-themed releases on DeskSpace’s site.