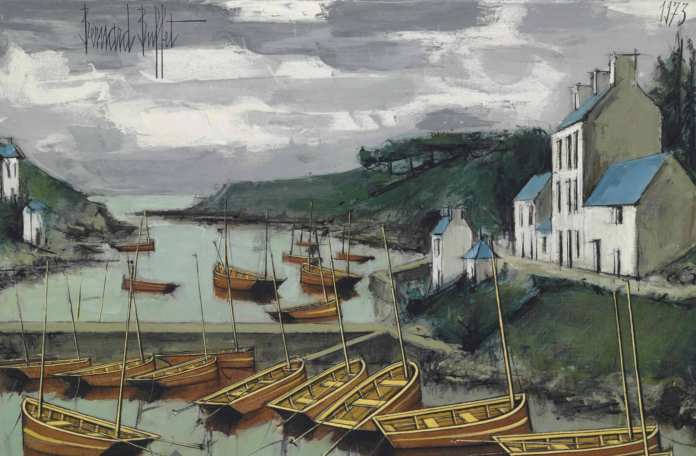 This analysis of Bernard Buffet’s most recent sales results in London—including a comparison of his sales from November in New York to London in March—is available to AMMpro subscribers. Subscribers get the first month free on monthly subscriptions. Feel free to cancel at any time before the month is up. Sign up for AMMpro here.

Judging from the sales in London last month, Bernard Buffet’s market is picking up. With a new show opening at Adam Lindeman’s Venus Over Manhattan gallery following a major retrospective put on in Paris last year, the interest in Buffet’s work should not be terribly surprising. But the ways in which the market intensified between the marquee sales in New York and the next cycle in London in late February and early March.

The London sales had half as many lots as were on offer in New York but nearly equal sales. More important, the bidding in London was more intense, the sell through more complete, and the prices, on the whole, were higher.