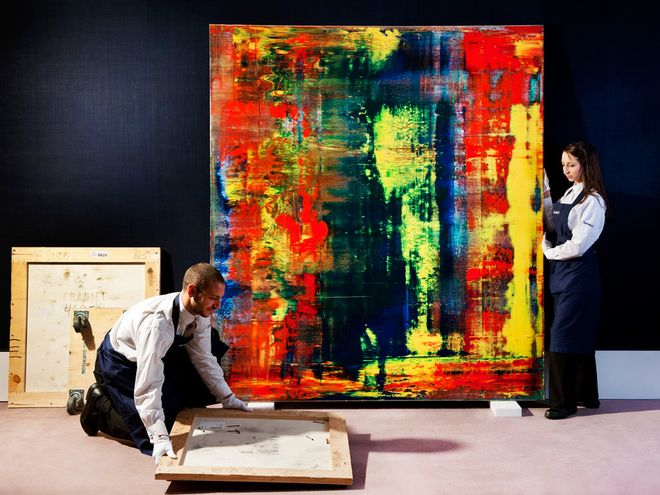 The most expensive puppy

So, let’s start with the creators who are not dead, but healthy. It’s all a myth as if works of art only gain value after the death of their creator. Some very much even living authors of imperishable works of art make good money on their creations.

For example, the American artist Jeff Koons is engaged in what twists from allegedly inflatable balls of different funny animals. How much do you think you can make on that? You’d never guess! And in November 2013, Jeff sold an orange inflatable puppy for $58.4 million! The other thing is that this puppy, like all the other artists’ creations, only looks a lot like an inflatable puppy, as Jeff uses metal to work, not rubber. And this toy, excuse me, is also a work of art and takes up a small room. But someone has not spared almost 60 million, counting obviously on the fact that in the future works of Jeff Koons will be really appreciated – it will pay off. 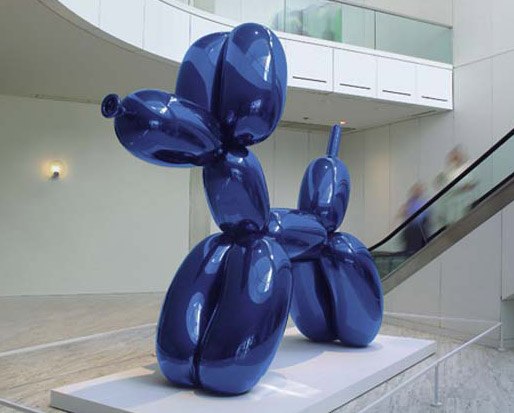 Out of love for God and art

Another wealthy maestro is British Damien Hirst. Damien is mainly engaged in the fact that spirits in huge aquariums of large animals (rams, horses, sharks, etc.) or open them, or cut into pieces and arrange out of it all scandalous exhibitions, giving no rest to representatives of Greenpeace and the party “green”. That’s why he lives. However, his most expensive creation is considered a truly valuable work of art by classical standards – a platinum human skull, abundantly decorated with diamonds in the number of 8601 pieces. This creation is called “For the love of God”. In the art market, “Love for God” is valued at more than a hundred million dollars. 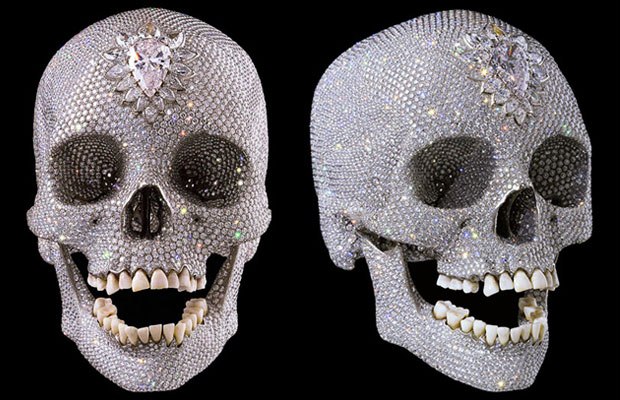 But if you think of buying any creation of this artist, then choose carefully. In 2012 in London for one of his installations “To Love and To Love” Hirst used 900 thousand live butterflies, which gradually died during the event. As it happens, you bought an expensive work of art for the occasion, and it died before reaching your living room. 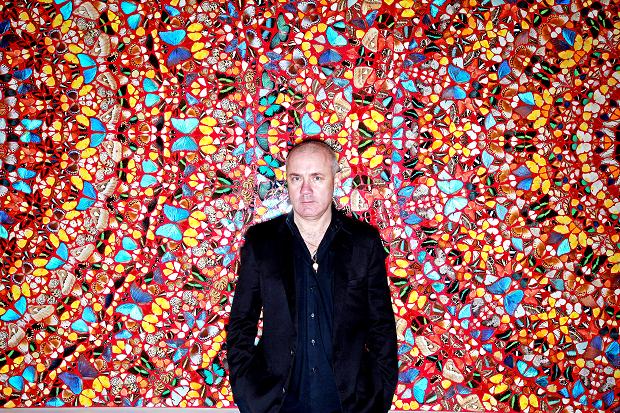 Do you have an inexpensive Cezanne?

Next, we have those artists who have long been in the other world, but whose works still excite art lovers and owners of thick wallets.

French artist Paul Cézanne‘s painting “Players in Cards” has quietly passed from the hands of a hitherto unknown to the public owner (now we know it was Greek billionaire George Ambirikos) to another owner who wanted to remain anonymous (someone from the royal family of Qatar) for $ 259 million. The deal was unofficial, but it confirms that Cezanne’s works are still among the most in-demand. So if you get a cheap Cezanne, don’t miss your chance. 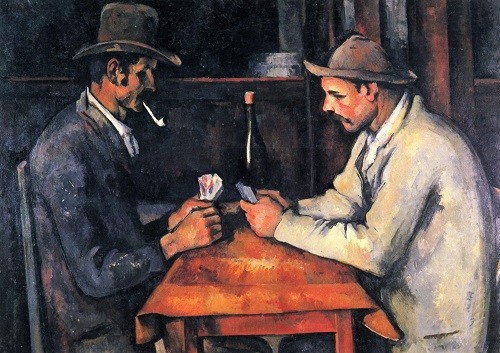 Edward Munk is still in price. His famous “Scream” (more precisely, one of the “Screams”) was sold at auction for 119.9 million dollars. 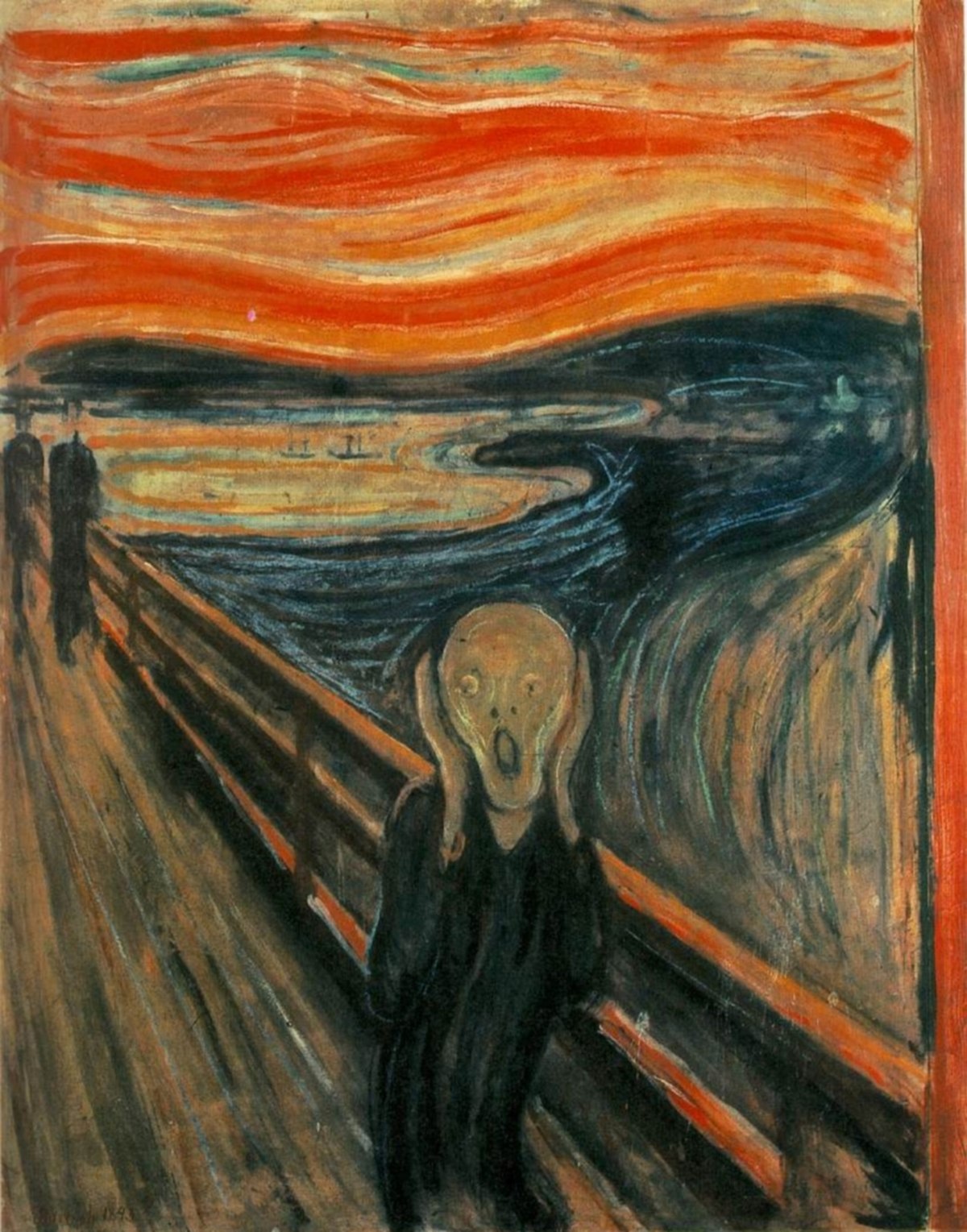 Triptych of the British painter Francis Bacon “Three sketches to the portrait of Lucien Freud” went off the hammer for 142.4 million dollars. 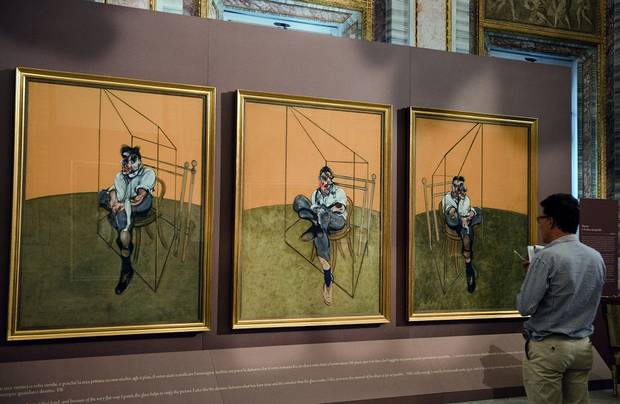 Painting of Austrian Gustav Klimt “Portrait of Adele Bloch-Bauer”, which is also called the “Austrian Mona Lisa” or “Golden Adele” sold for $ 135 million. 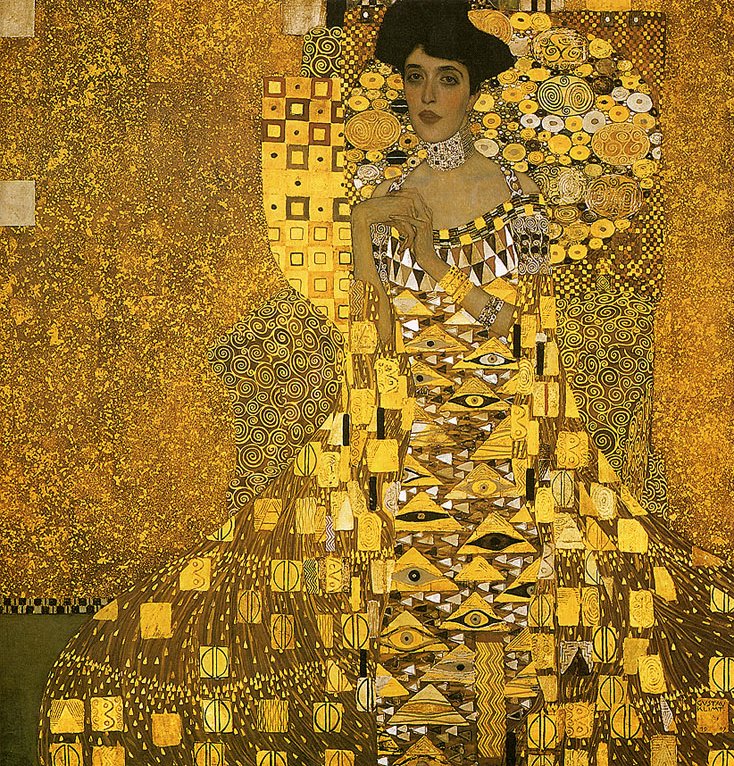 A hundred million in one day

If Pablo Picasso were alive, he would be the only artist in the world who earned his brush in one day 106.5 million dollars. It was for this amount that the painting “Naked, Green Leaves and Bust” was bought. Picasso created this canvas in 1932, and it took him for all the work only one day. But someone else made a hundred million on it. 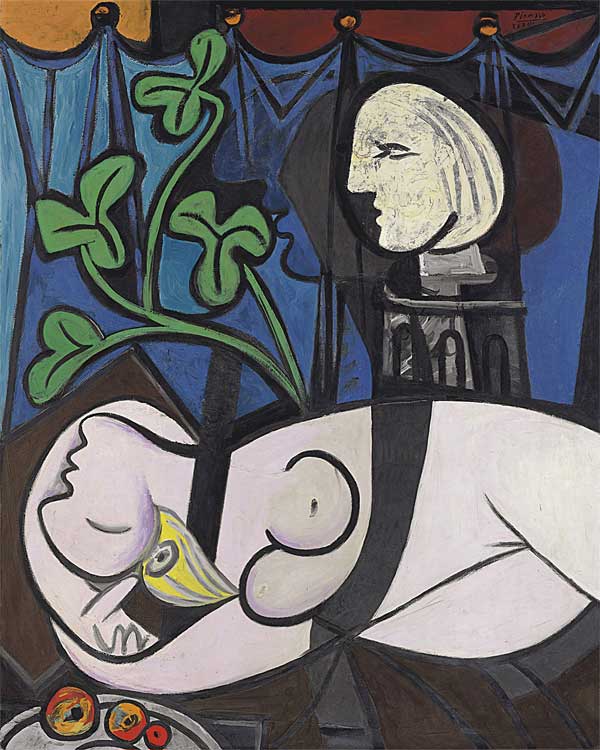 Even more, appreciated is the painting by Dutchman Willem de Kooning “Woman III”. It was bought for 137.5 million dollars. 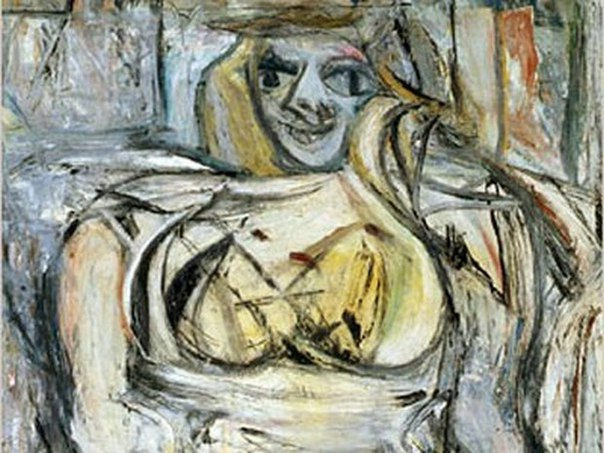 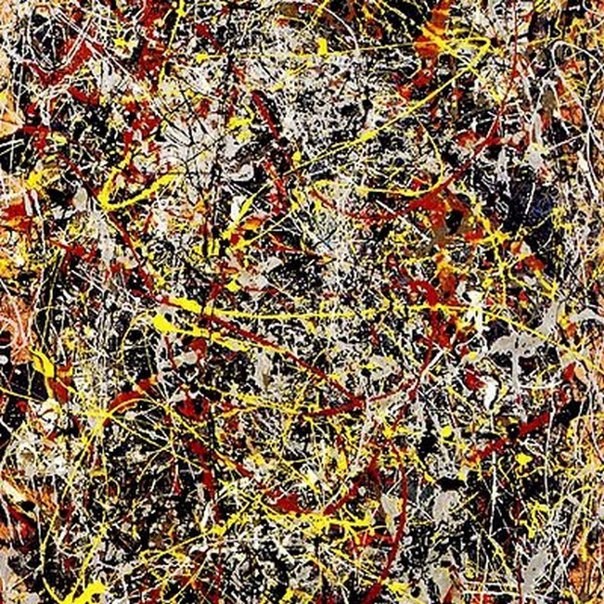 Not only the canvases are in demand. In 2010, the sculpture of the Swiss Alberto Giacometti “Walking Man I” went for 104.3 million dollars. It still remains one of the most expensive sculptures in the world. 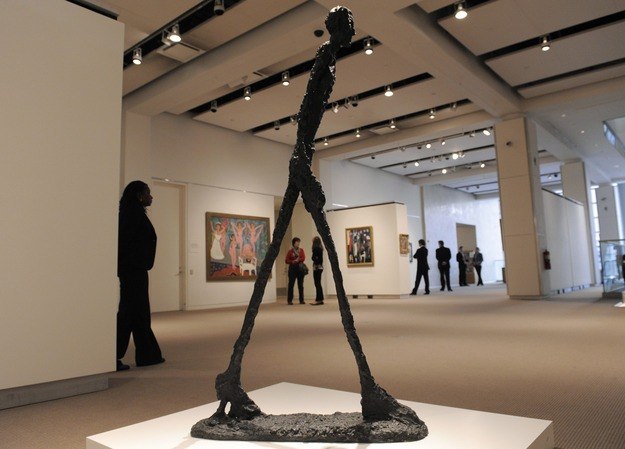 The American flag, painted with hot wax, is a painting by the American artist Jasper Jones, who lives in America to this day. The painting was painted in 1954-55 and made the artist famous all over the world. In 2010, it was bought by collector Stephen Cohen for $110,000,000. 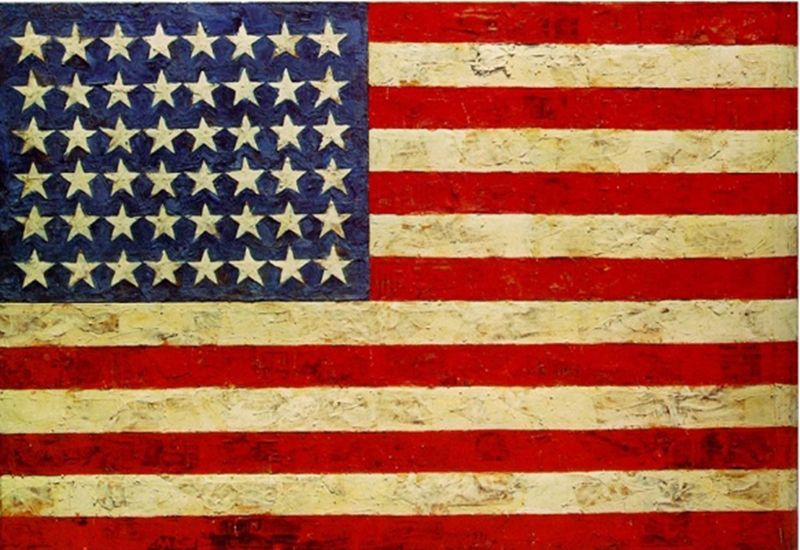 The painter Jasper Jones is the most expensive living artist of all time. He prefers bright paints and therefore uses encaustic, a technique of painting with wax-based paints. He creates in the style of neo-dada, which aims to deny art and replace artworks with objects from everyday life. He is famous for his sculptures in the form of a bulb, toothbrush, beer cans. 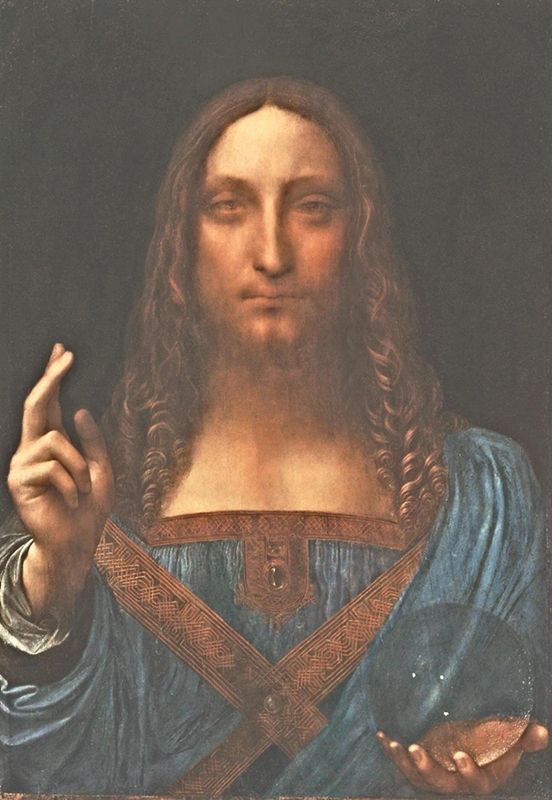 The painting, long considered missing, as it turned out, has been in the collection of English Baronet Cook since 1900. In 1958, his heirs sold the painting at an auction Sotheby’s for a price of 45 pounds. At that time, the authorship of Leonardo da Vinci was questioned, because the painting was in poor condition, and in addition, someone apparently decided that the face is not good enough and during the Counter-Reformation “Savior of the world” painted a beard and a mustache.

The year 2004 proved to be a happy one in the complex history of the painting. Specialist in old masters Robert Simon bought the panel, which was restored and cleared of creative experiments and acquired its original appearance. After examination and comparison of pigments with the “Madonna in the rocks”, the London Museum recognized the authorship of Leonardo da Vinci. In 2013, “Savior of the World” enriched the collection of the Russian billionaire D. Rybolovlev.

The iconic in the history of art paintings gone from the hammer for tens and hundreds of millions of dollars are sometimes the cause of unnaturally rounded eyes and cause streams of angry tirades: “How can you give up half of the kingdom for this?! Yes, Munch’s Crick is far from the academic norm of painting and perhaps that’s what makes it attractive. And yet, answering the question, why in the auction is a symbol of expressionism, and not, say, “Mona Lisa” … The fact is that most of the most famous paintings of the world, painted before the twentieth century, belong mainly to the state museums and they will probably never be put up for sale. This, however, does not prevent us from making assumptions about the initial value of the masterpieces. By the way, the initial price of the “Mona Lisa” would be $2 billion.