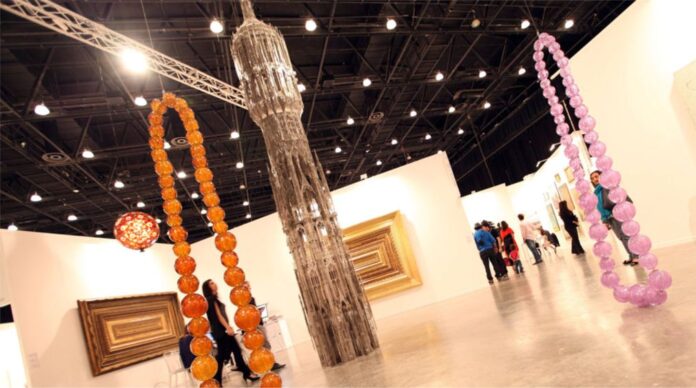 Art Dubai is the largest annual art forum in the Middle East region. The organizers call it “the most global of all the art fairs in the world.

In fact, the regional specificity of Art Dubai is what makes it interesting in the first place. Buyers, collectors, gallerists, museum-goers from all over the world are attracted by the rare opportunity to see a large array of works by both young and established artists from the Middle East, North Africa and South-East Asia. This segment of the market is young, bold, dynamic and growing in value. Its representatives are in the portfolios of galleries and museums on this side and on the other side of the Atlantic. 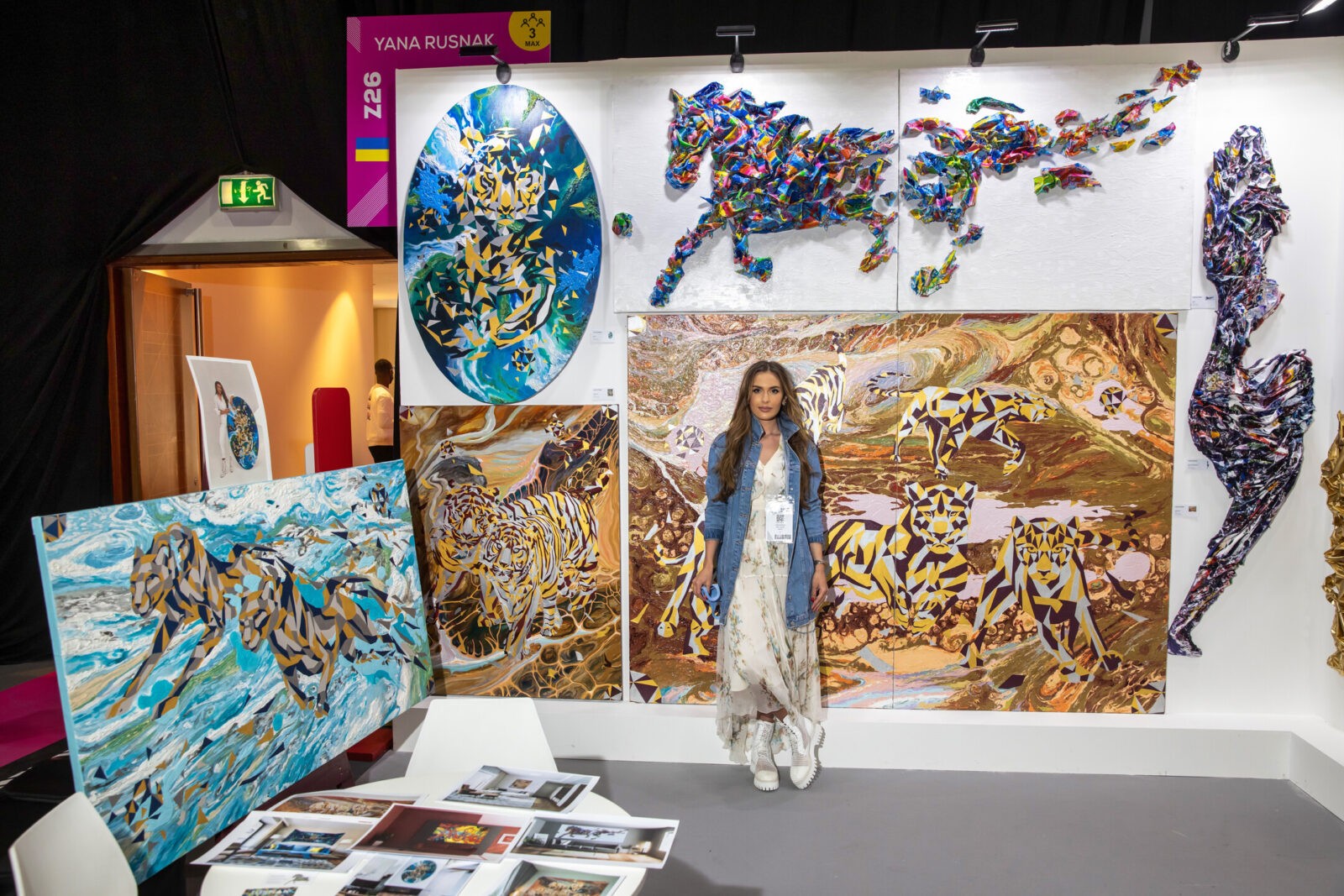 The forum takes place in the resort area of Madinat Jumeirah, where the most luxurious hotels and villas in Dubai are concentrated. Around the fair is an entire cultural and entertainment festival: TV and radio programs, musical performances and performances, film screenings, master classes, lectures for children and adults.

From March 23 to April 3, 2021, Art Dubai, Dubai’s 14th international contemporary art fair, is one of the most significant events in the Middle Eastern cultural calendar. The fair’s program includes many themed events to coincide with the 50th anniversary of the country’s unification.

The new season is marked by collaborations with leading UAE art venues, including the Jameel Arts Center. Foundations, artists, curators and non-profit creative platforms from the “Global South” were presented to the public. In addition, the digital project Art Dubai Portrait Exhibitions presented the work of artist Timo Nasseri, Naqsh Collective Studio and many others online. 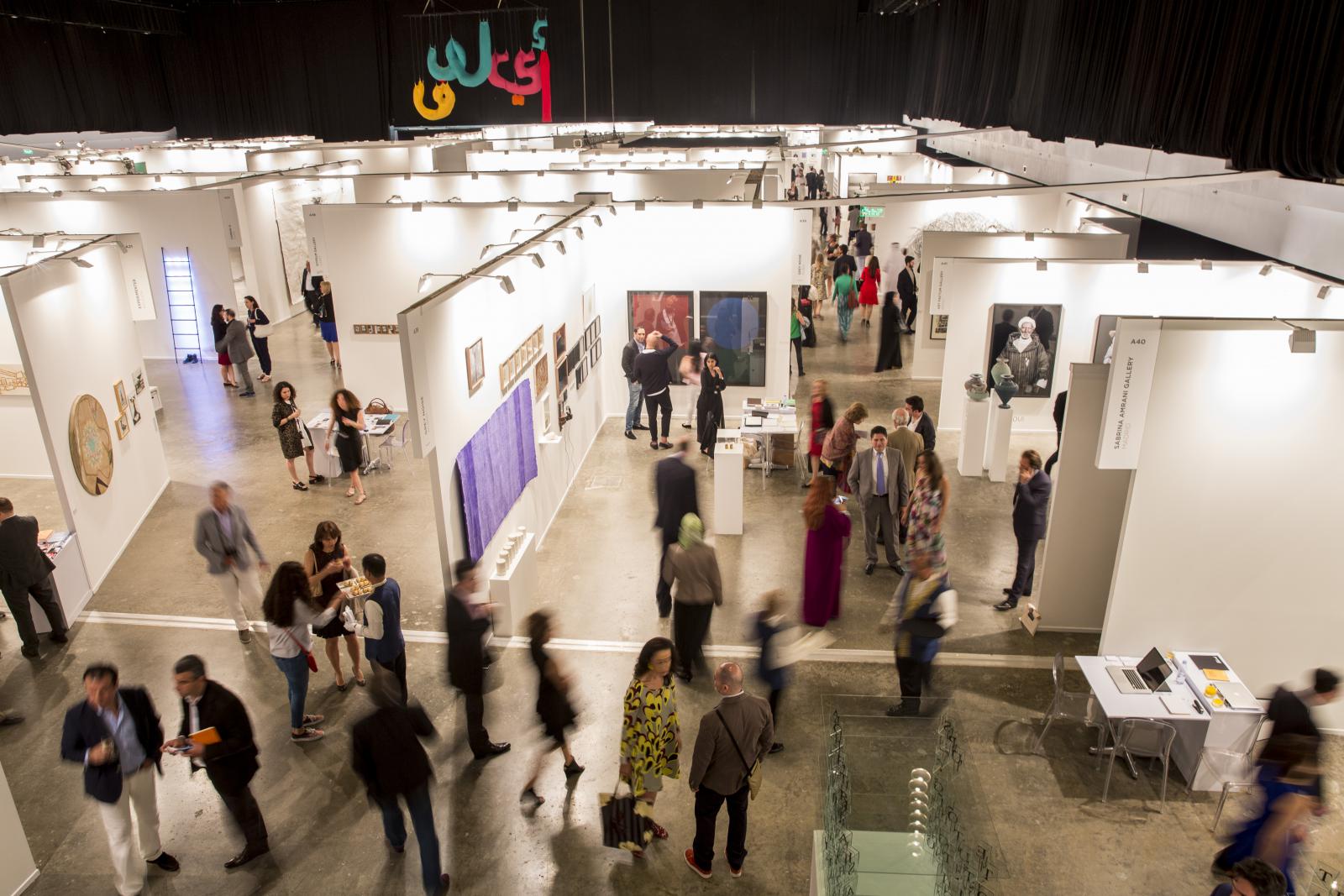 This year, with the fair returning to a full-time format, 85 galleries from 36 countries are participating. Eleven galleries represent the growing art scene in the United Arab Emirates. Traditionally, Art Dubai was held at Souk Madinat Jumeirah, but in 2021 the venue is the new Dubai International Financial Centre.

Art Dubai 2021, held in the UAE capital from March 29 to April 3, was for most sellers and buyers the first live art fair since the beginning of the pandemic. The organizers, of course, had to give up many attributes of such events: the VIP-zone with a buffet and champagne, the media center, the mass opening ceremony and programs for the general public. The number of participants was almost halved to 50 galleries from 31 countries (there were 90 booths at Art Dubai in 2019). All participants had to take a coronavirus test twice: the day before the opening and the first day after the opening. Attendance was by appointment only, and no more than 600 people could be in the pavilions of the fair at any one time (250 fewer than the maximum allowed by the Dubai government). But despite all these restrictions, gallerists were happy to return to the booths and collectors to shop offline. 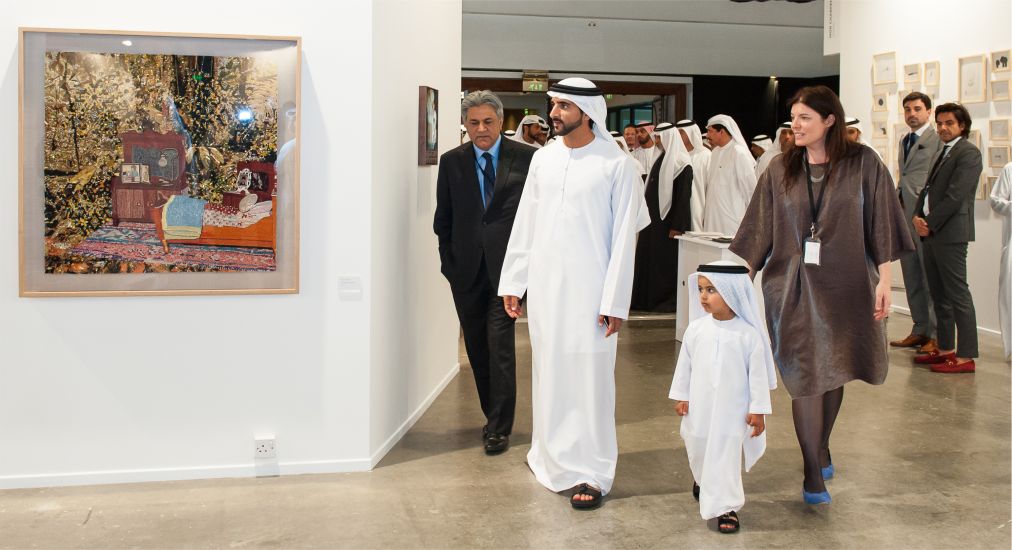 The 14th Art Dubai fair returned to the same location where it was first held in 2007 (then called Gulf Art Fair) – the tents at Dubai International Financial Center. The organizers met the fair halfway, waiving the pre-sale exhibitor fee for booths. Instead, gallery owners pledged to pay the organizers up to 50% of the sales revenue after the fair, but not more than the standard cost of the pavilion. Those who partly paid for pavilions at Art Dubai 2020, which did not take place, could use that advance this year or carry it forward to 2022. There was also an option for remote participation: seven dealers mounted expositions of their booths via zoom, and the organizers’ staff and QR codes near the works helped potential customers to contact these remote dealers directly.

The gallery owners chose works by famous artists and rising stars from South Asia, Africa and the Middle East for their booth expositions. According to dealer Raqeb Seale, who works in London and Addis Ababa, Dubai is in a good middle ground that allows for contacts with clients from both South Asia and the Middle East. 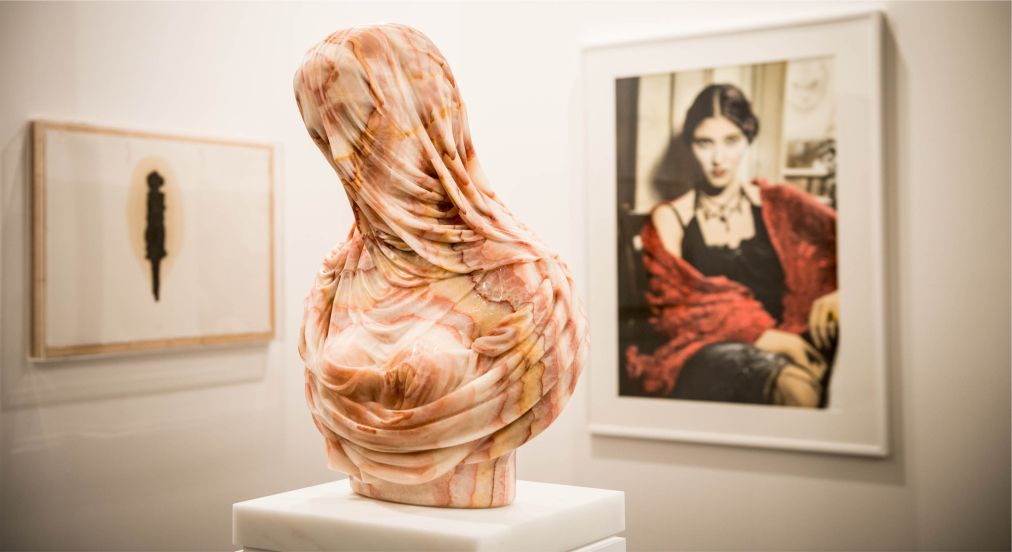 But the most important thing, of course, is sales. And they were good from day one, which pleasantly surprised many participants. For them, coming to Dubai was a leap into the unknown, which fortunately paid off. Perrotin Gallery sold a work by French photographer JR for $65,000; Custot Gallery Dubai sold two works by Ian Davenport for $120,000 and $150,000 and several other pieces in the $45-150,000 range; Galerie Templon in Paris sold works by Ivan Navarro in the $28-100,000 range. and Senegalese Omar Ba for $50,000-70,000; Dubai’s Meem Gallery sold two works by Iraqi artist Dia Azawi for $55,000 and $90,000; and Comptoir des Mines of Marrakech, a fair debutant, sold work by Moroccan Fatihi Zemmouri for $32,000, etc. 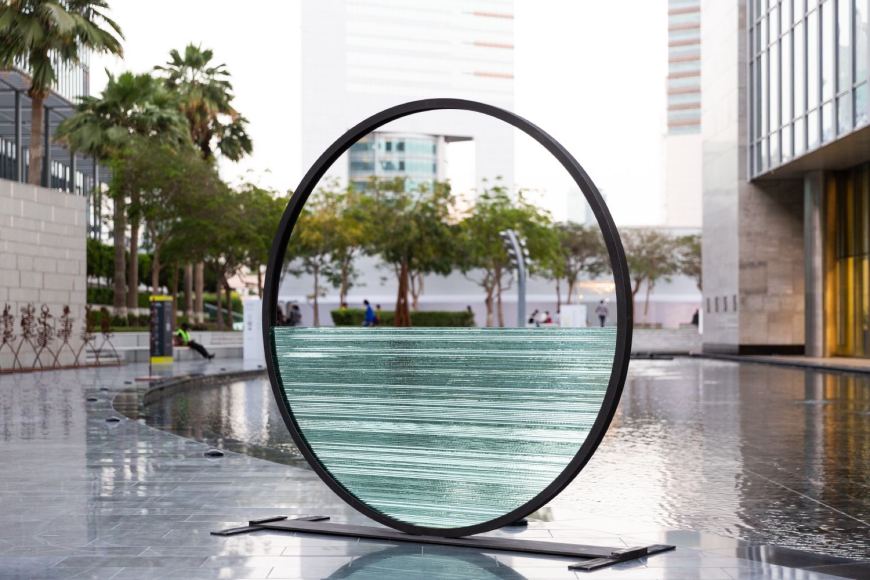 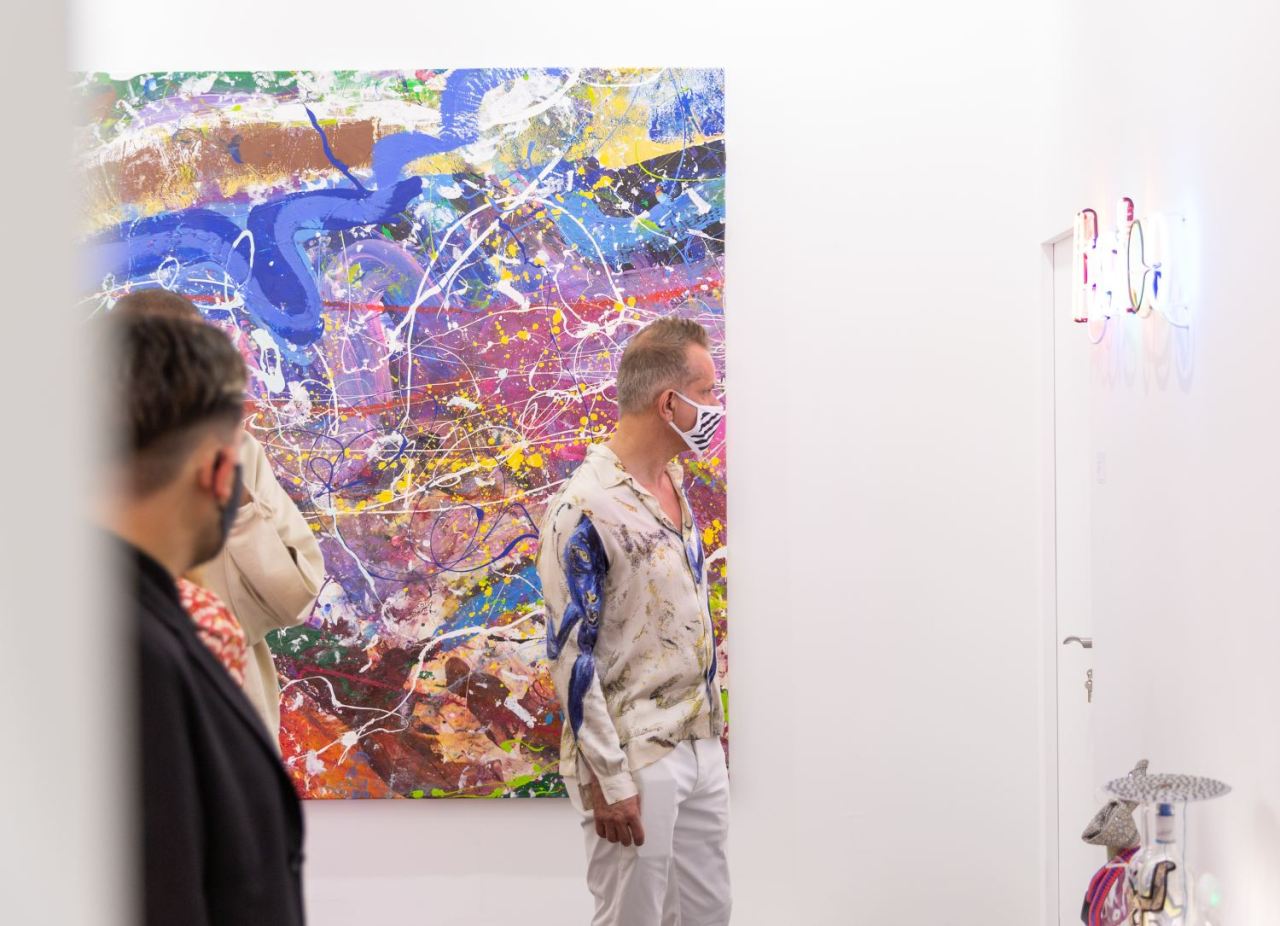 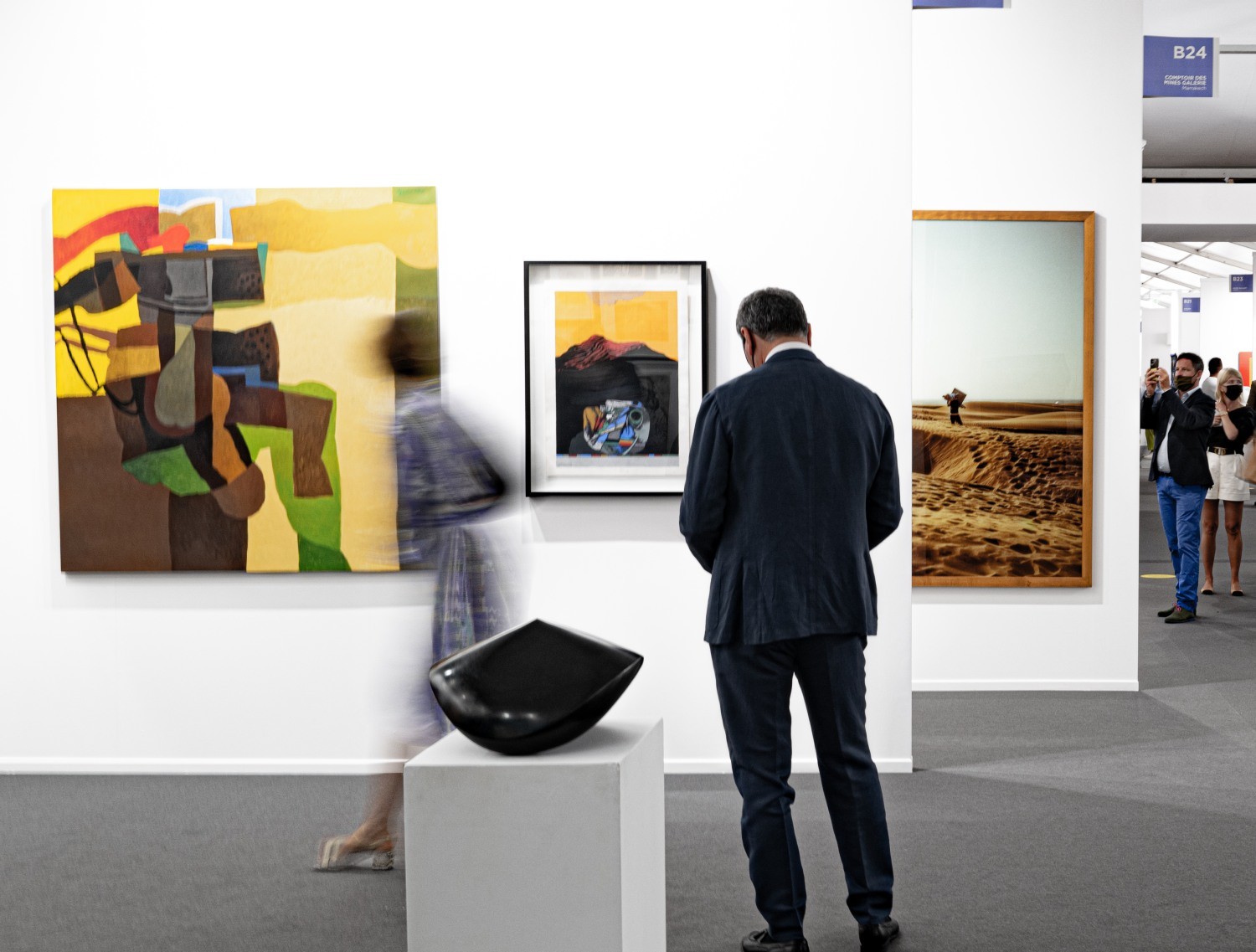 Art Dubai is the largest fair in the region. This year, in addition to traditional expositions in art galleries, a lot of outdoor events are planned, which will strengthen Dubai’s position as a center of culture and art in the MENASA region.