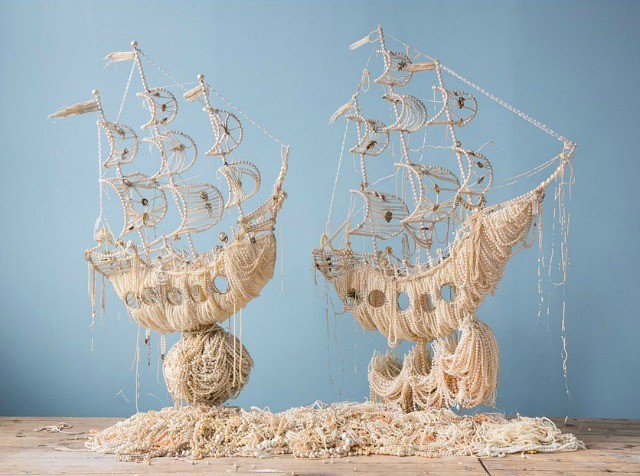 Inspired by a documentary about a factories in China which manufacturer every kind of conceivable pearl adornment in colossal quantities, British artist Ann Carrington has created two huge sailing ships constructed from old pearl necklaces, brooches and earrings. The sculptures, which she called “Wing Wo Wave” and “White Cloud City” – after two of the largest factories in China, are about pearls and the discrepancy between their perceived status of being timeless status symbols of refined taste and wealth and the often very unromantic reality. Speaking about her work Carrington says: “Mundane objects like knives and forks, barbed wire, pins and paintbrushes come with their own readymade histories”. 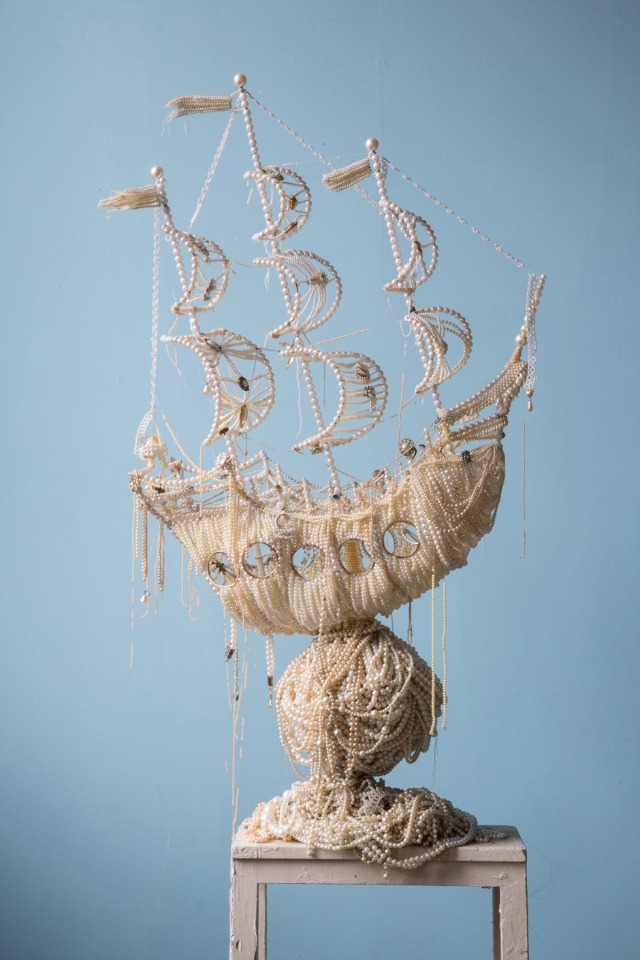 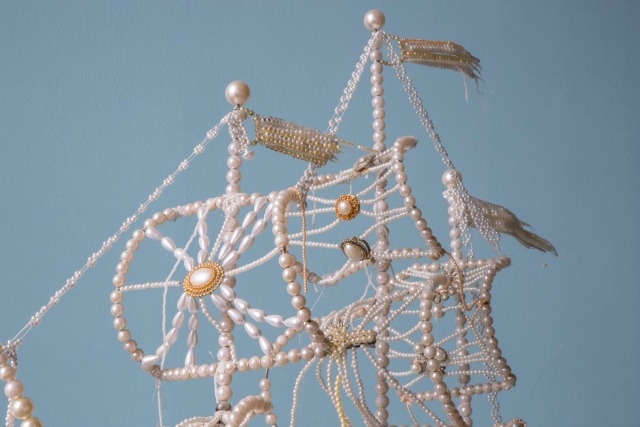 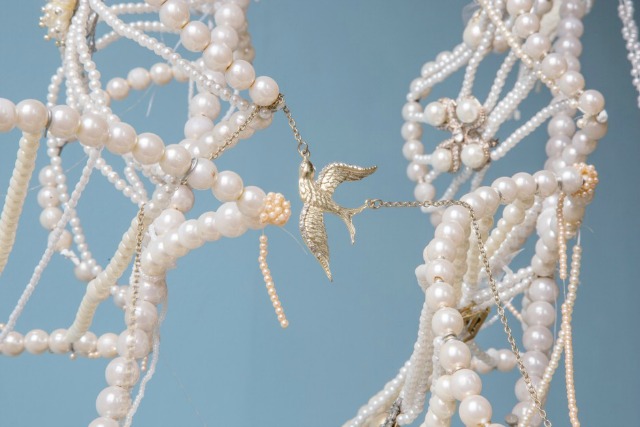 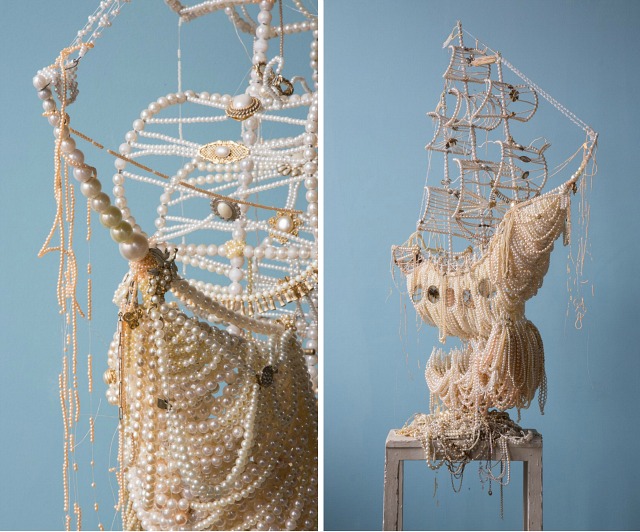 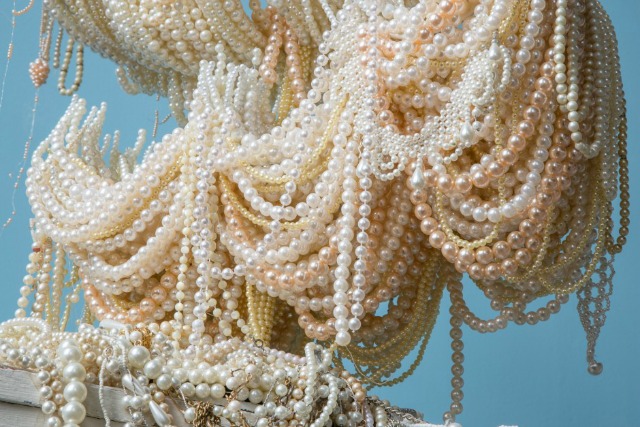 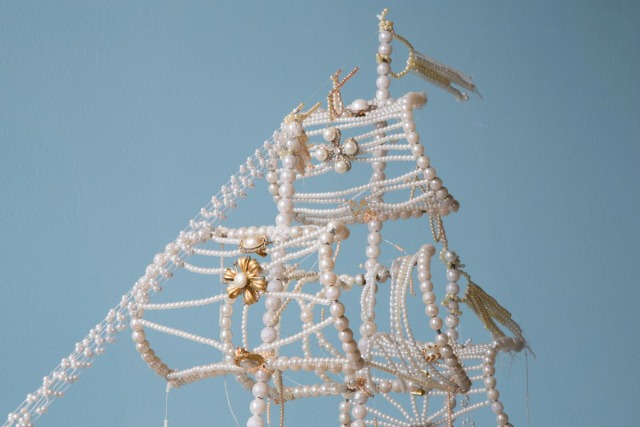 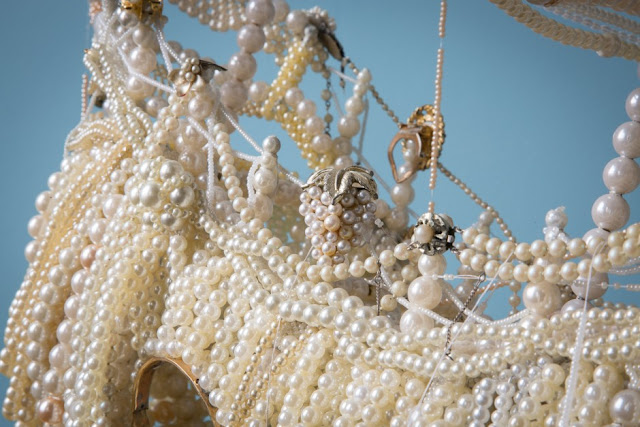