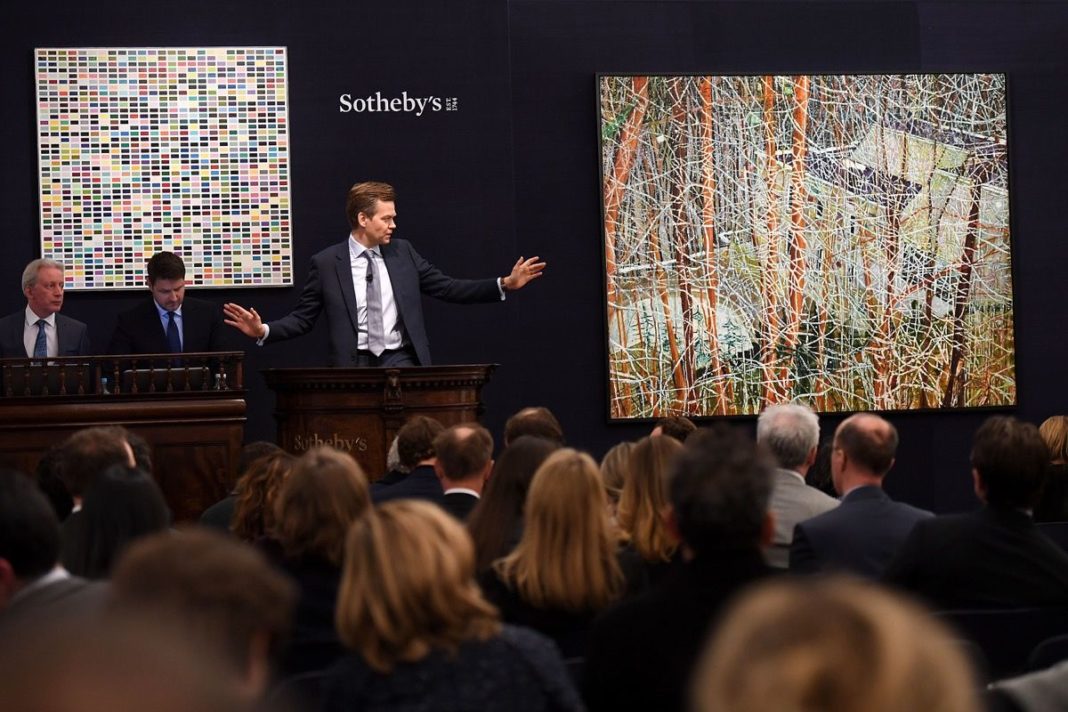 Sotheby’s released its first-quarter earnings, a publicly traded company reporting aggregate auction sales of $667m during the first three months of 2018, a jump of 18% from a year ago. More impressive, however, is a leap of 70% over the year for private sales brokered by the firm, totalling $246.6m for the quarter. The loss per share also improved to $0.12, compared with $0.21 in the prior period.

Aside from the boost from private sales, Sotheby’s pointed to successful spring auctions in Hong Kong, with “excellent” results for wine—“often a leading-edge indicator”, according to chief financial officer Mike Goss; a doubled total of $82.5m for Old Masters in January; a $398.9m take in the Impressionist, Modern, and contemporary sales in London in February/March; and a 49% increase for Asia Week in New York in March, with sales of $78.4m.

The rise in private sales tracks with Sotheby’s hire, in February 2017, of JP Morgan managing director David Schrader to head up private sales of contemporary art (he is now worldwide head of private sales for fine art). According to Amy Cappellazzo, the chair of fine art for the company, the categories driving this wing of the business are contemporary, Impressionist and Modern art, “sourcing two blocks away from where we sell it, sometimes.”

Sotheby’s is currently offering some 140 works privately, with a value of about $150m, in its fifth-floor galleries at its New York headquarters, “everything from Wool to Warhol to a big Prouvé house”, Cappellazzo says. The minimum consignment value is $100,000.