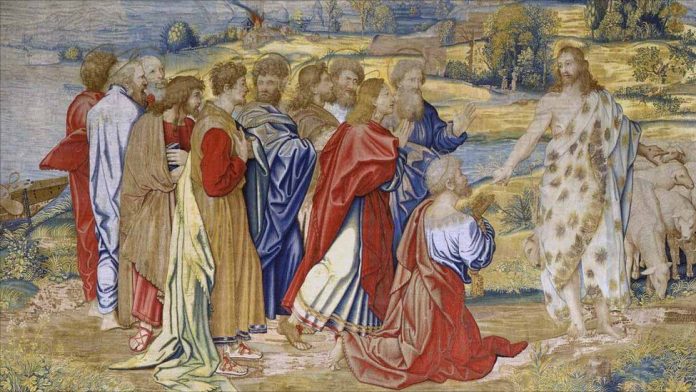 Raphael’s tapestries and their cardboards are some of the greatest treasures of the Renaissance. They were commissioned to Raphael in 1515 by Pope Leo X to be hung in the Sistine Chapel during special occasions. The paintings depict scenes from the lives of Saints Peter and Paul, some of the most popular Renaissance characters. The artist and his apprentices completed the cartons in Rome, but the tapestries themselves were woven in Brussels, a European weaving center.

By the way, the order cost the Pope 16 thousand ducats – five times more than Michelangelo was paid to work on the Sistine Chapel.

The artist finished painting the ceiling in 1512 when Raphael was busy decorating dancers – four rooms in the Pontifical Palace. These two famous masters competed so strongly that Michelangelo’s attitude to the younger Raphael was bordered by hatred. Rafael knew that the place for ready-made tapestries would be the Sistine Chapel and that his work would inevitably be constantly compared with the creation of an older colleague. He took great care in preparing the cardboard and in fact created a depth of color that could not be reproduced in a tapestry. 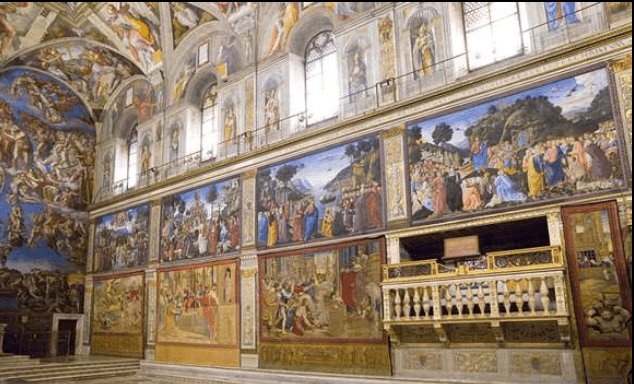 Peter van Alst’s workshop in Brussels was chosen to embody the complex task of interpreting Raphael’s cartons and transforming his ideas into tapestries. Ten canvases were woven between 1516 and 1521 in silk, wool, and gilded silver threads. The seven completed works were first hung in the Sistine Chapel on St. Stephen’s Day, 26 December 1519. This may be the only time Raphael saw the finished tapestries in the place he had intended. He died April 6, 1520, at the age of 37.

The tapestries are now kept at the Vatican’s Pinacotheque. The last time four of them were exhibited in the Sistine Chapel for a few hours was July 14, 2010, and before that, the entire series appeared there in public only once – a week in 1983, when the 500th anniversary of Raphael’s birth was celebrated.

On the last day of the demonstration, February 23, admission to Vatican Museums will be free. It is likely that the chance to see the tapestries in the Sistine Chapel after that will be very soon.

This year in Rome is the main show dedicated to the year of Raphael, who spent the last decade of his life in the Eternal City. At the unprecedented exhibition in the Scuderie del Quirinale will be presented 200 masterpieces – and at least 100 of them are made by the hand of the master.

Every day of 2020 in Italy, a red rose is laid on the grave of Raphael, who is buried in the Pantheon.