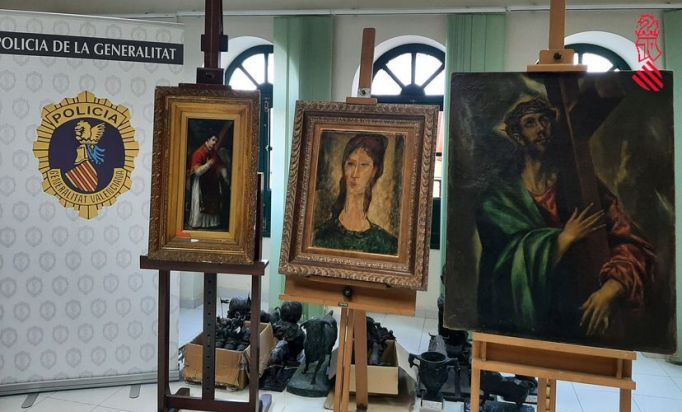 The arrested collector was in league with several dealers who promised to find buyers for the fake paintings for him for a 10 percent commission of the transaction amount. The works were intended to be sold to Mexico, Germany, and Switzerland. All works were accompanied by fake documents.

Experts from the Valencian Institute for Conservation, Restoration and Research (IVCR + I) found that Modigliani’s work was not an original, but a copy with a forged signature. And experts from the Sephardic Museum in Toledo and the Madrid Prado Museum have denied the attribution of the paintings allegedly by Francisco Goya and El Greco.

The Valencian Police Heritage Group of the Generalitat and the Historical Heritage Brigade of the National Police Corps halted the planned sales and shared their findings with the court.

5 MOST FAMOUS FAKES IN ART HISTORY 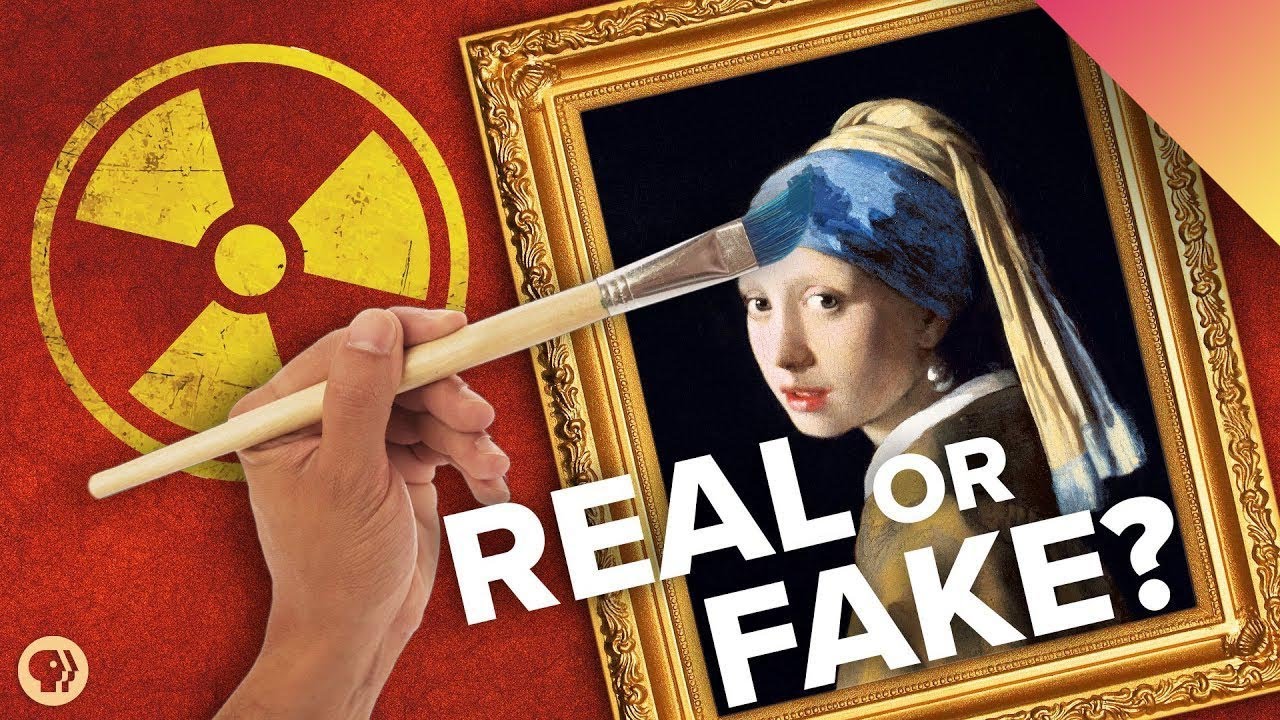 Artistic counterfeiting has existed since the days of art. The ancient Romans created thousands of copies of Greek sculptures; Ancient China is known for a wide variety of counterfeits, and in modern art, there are more fake paintings than its share.

Some forgeries are innocent enough. They are usually created by apprentices copying the master, but others were created with the sole purpose of tricking the unsuspecting public into thinking they were real.

Some counterfeiters are so good at their craft that it is almost impossible to tell the original from the copy, which leads to many museums, investors, and galleries investing millions in fake paintings. Over the hundreds of years, there have been lots of documented cases of art forgery.

But here are a few examples from some of the biggest authentication battles, the strangest stories, and the most famous artists in art history. 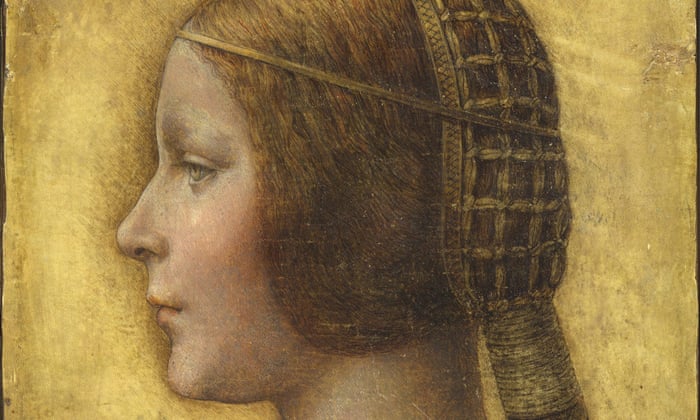 Depending on who you ask, this painting is either an invaluable masterpiece by Leonardo da Vinci or a highly qualified copy for just $ 20,000. The work’s authenticity has been the subject of heated debate since 2008 when art dealer Peter Silverman claimed to have found it in a drawer in a Parisian friend’s house.

The story, while romantic in nature, was untrue as the work was auctioned and sold to Silverman a few years ago. Despite the initial excitement about the work, since Leonardo’s new works rarely appear on the market, the story could have ended there.

However, several well-known art historians have supported the theory that it may not be Leonardo. These experts claim that science is on their side, but also their opponents, and both have provided compelling evidence to support their positions.

The debate about the authenticity of this work may go on endlessly, but one thing is for sure; Whether the work was done by Leonardo or another artist, this is a beautiful and skillfully drawn portrait.

Dozens of Goya paintings do not belong to him, the expert says

Leading British art critic Francisco de Goya questions the authenticity of dozens of paintings attributed to him. She claims that in fact, these are not the works of the Spanish master, but the works of numerous apprentices who served the great artist.

Juliet Wilson-Baro, an art critic specializing in Goya’s work, believes museums should rethink their treasures, as they contain many “problem” paintings. She told the Observer that auction houses and dealers regularly sell works under the Goya name, although the scientist is convinced that lesser artists did them.

20 of Modigliani’s paintings were called fakes

Paintings from the exhibition of Amedeo Modigliani in Genoa were recognized as fakes – 20 of 21 paintings from the presented collection. The originality of one painting is confirmed by the official documents of the Italian government.

Experts warned that this collection was just the tip of the iceberg. Modigliani paintings reach huge sums. And the artist is one of the most copied in the world.

The exact number of works by Modigliani himself is difficult to say because he often gave sketches and sketches, sometimes in exchange for food or drink in Parisian restaurants. Now in the world, there are about 350 original paintings by the artist and about 1000 forgeries. 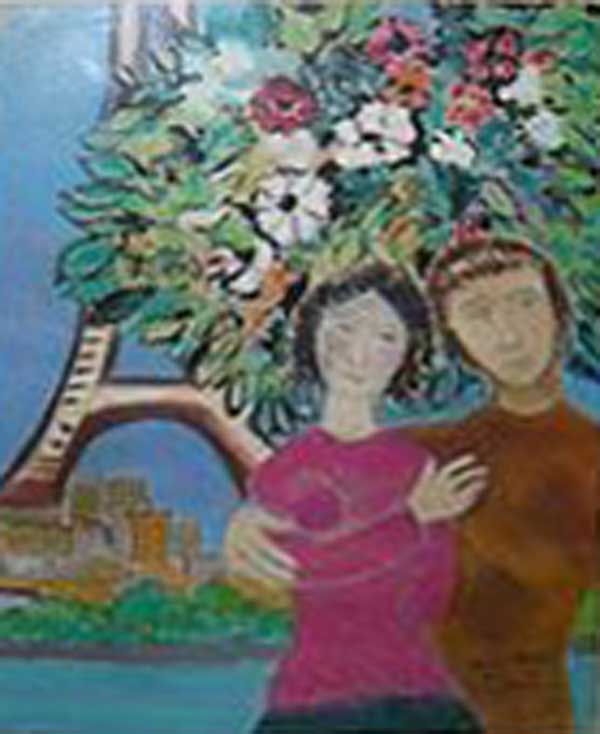 In the 1960s, an art dealer David Stein sold three watercolors. They supposedly belonged to the brush of the Russian artist Marc Chagall. The deal was made with an art dealer in New York.

The works were not authentic, however, as Stein painted them that day and also created fake IDs. If not for an accident, Stein might have left with impunity.

Marc Chagall met by chance with a seller who bought these watercolors on the same day, and immediately discovered that they were fakes. Stein spent several years in prison, but the incident solidified his reputation so much that upon his release he was able to pursue a career as an original artist.

Christ and the Disciples at Emmaus attributed to Vermeer 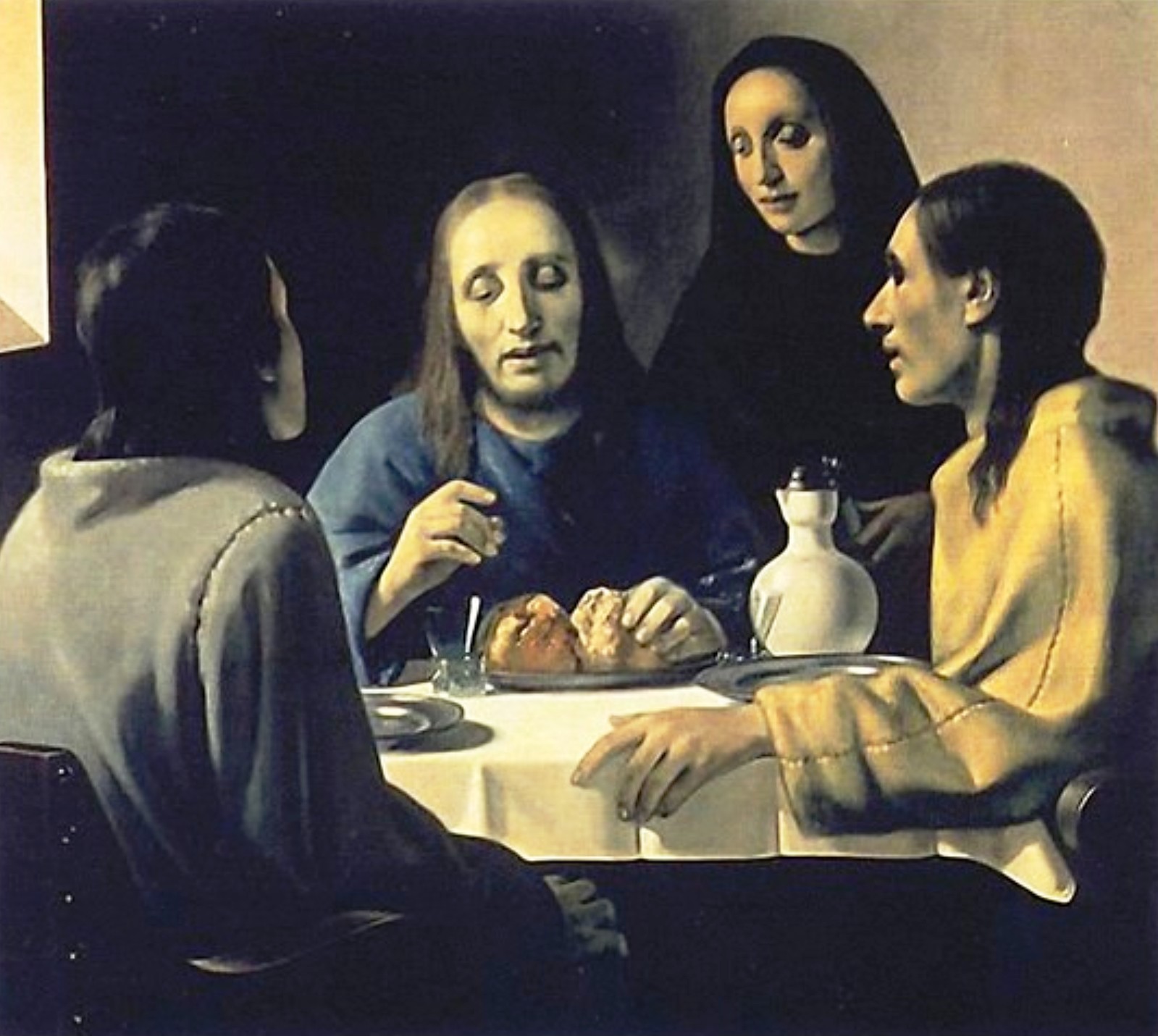 This painting was at the center of one of the most striking art scandals of the 20th century. During World War II, the painting was brought to the attention of the renowned Vermeer expert Abraham Bredius, who upon seeing the work thought it might be nothing more than a genuine object and one of Vermeer’s most masterful works.

There was little public doubt about this opinion due to Bredius’ respected position and Vermeer’s relative obscurity at the time. The painting could have gone unnoticed as a fake if the war had not continued.

Han Van Meegeren was accused of collaborating with the enemy in connection with the sale of what was believed to be the original Vermeer to Nazi Field Marshal Hermann Goering. To avoid the death sentence handed down on this charge, Van Meegeren claimed that was one of the fake paintings.

To prove this, he made another copy of Vermeer’s work under police protection. It turns out that he not only forged these works but at least 16 others, through an ingenious drawing and aging process that allowed him to fool even the most knowledgeable art historians out of more than $ 30 million in today’s money.

Government Regulators Are Zeroing in on the Metaverse. Digital Art Could Get Caught in the Middle

Wet Paint in the Wild: Pioneer Works’s Dustin Yellin Gazes Into the Cosmos and Prepares for His Show at Venus Over Manhattan