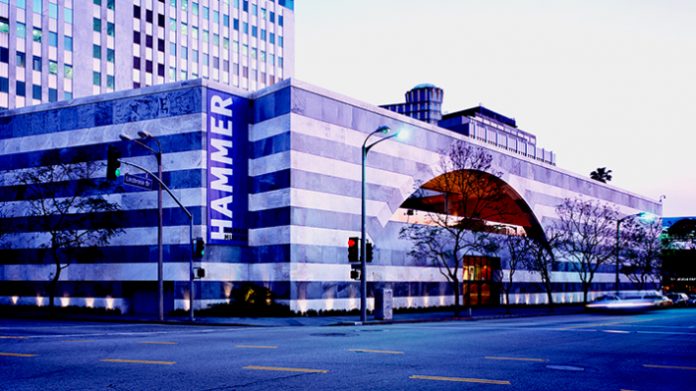 In 1990, the Hammer Museum was opened in Los Angeles, California, in the Westwood neighborhood. Its full name is Armand Hammer Museum of Art and Culture Center.

The museum occupies an area of 7 300 square meters. The facade of the snow-white museum building is decorated with large horizontal marble stripes of gray. The courtyard is hidden from public view and consists of wide arcades and terraces.

The Hammer Museum features works by many famous masters. Since 2007, a collection of “cutting edge” contemporary art can be seen here. The art museum specializes in the works of the Impressionists, including Van Gogh, Sargent, Monet, and Rembrandt.

The building is the cultural center of the city and hosts various symposiums, film screenings, musical performances, political discussions, poetry evenings, meetings with famous people, and other events.

Armand Hammer: how he earned his millions and fame

He earned his first million by circumventing Prohibition. The second – by marrying wealthy widows. For many years he worked hard to win the Nobel Prize and the British title of nobility. He was the only U.S. capitalist to be awarded the Order of Lenin. Hammer had no doubts about his posthumous fame. He used to say: “I will make sure that people remember one thing about me – that I helped mankind with a scope hitherto unheard of. But that’s not exactly how it turned out.

Armand Hammer was born on May 21, 1898, in the United States, where his ancestors had once emigrated from Odessa. His uncle held a prominent position at Ford, and his father, Julius Hammer, worked as a gynecologist, owned a small pharmaceutical company and a chain of pharmacies in New York City. Julius was a Communist sympathizer. Perhaps for this reason, he received special attention from the authorities. And when he performed a botched at-home abortion on one of his patients, he was arrested and sentenced to ten years in prison.

Armand had just celebrated his majority and decided to continue his father’s business. Although he had received a medical degree and had been called Dr. Hammer all his life (a fact of which he was very proud), he never worked a single day in his profession. 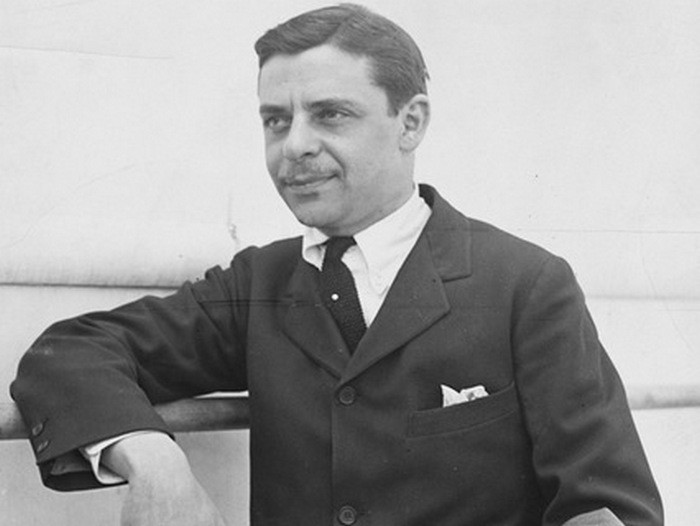 He turned the inherited pharmaceutical company into a method of enrichment, selling ginger tincture as medicine. By diluting it with water, it was possible to obtain a strong alcoholic drink. Thus, by cleverly circumventing the law, the “doctor” became a millionaire in a year.

In 1920, the successful businessman Hammer joined the U.S. Communist Party and went on a mission to Russia. The real reason for his tour was to pay back the debts of the Russians to his company. In addition, in a country where famine, poverty and typhoid fever prevailed at the time, it was possible to make a good profit on the sale of medicines.

Armand arranged a meeting with Lenin, which marked the beginning of profitable trade with the Soviets. Hammer had a handsome percentage of each transaction, representing the interests of dozens of American companies in Russia. Here he turned his idea around and stayed in the country for nine years. 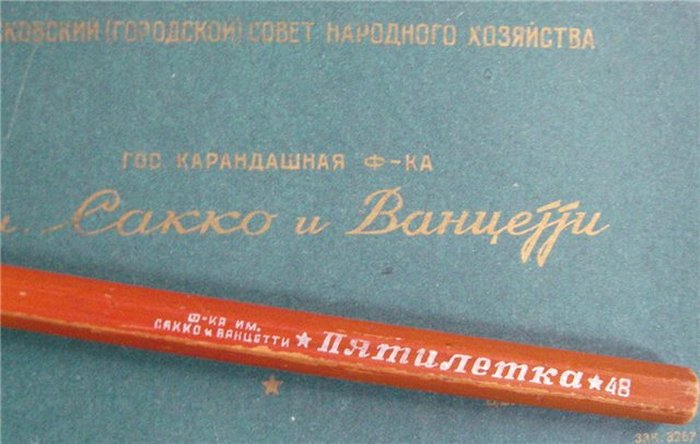 Armand Hammer made his millions on such pencils.

Armand Hammer quickly concluded that food, rather than medicine, was the primary issue in the young republic. In exchange for Russian furs and caviar, he arranged for the supply of grain from the United States, in exchange for which he received permission to mine asbestos from the Urals. Later he built a writing instrument factory in Moscow, which is known as the “Sacco and Vancetti factory. Armand’s annual profit of one million dollars made up for the small annoyance that the enterprise was not named after him.

Life in Russia was to Hammer’s liking. A successful marriage to the daughter of a tsarist officer with a huge dowry, a luxurious mansion in the center of Moscow, servants, a private car with a chauffeur, and the favor of the authorities turned his existence into a paradise.

It was rumored that even on his deathbed Lenin willed to take care of the American friend of the Soviets. Perhaps that is why Hammer was patronized by all leaders, from the leader of the proletariat to Mikhail Gorbachev. 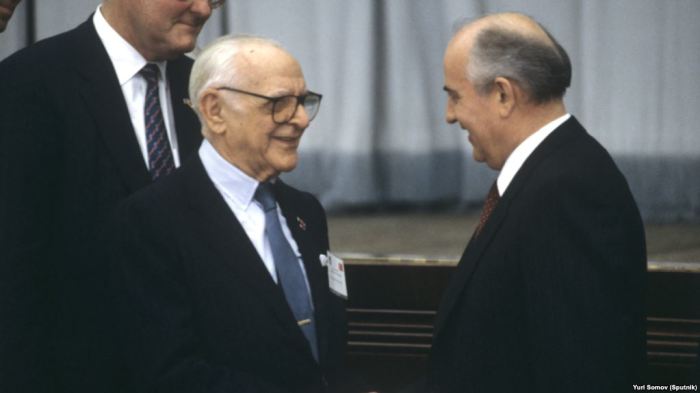 The Russian period of the red capitalist’s biography ended when all private enterprises in the Soviet Union were turned over to the state. Hammer lost a considerable amount of money, but he managed to take out a private collection of Russian art. Moreover, Stalin invited him to become the USSR’s financial representative in the West, for which our American comrade received far from modest interest.

Upon his return to America, Armand sold the valuables he had taken from Russia at a profit, and soon set up the production of counterfeit Fabergé eggs in the States, since he had acquired the brand name back in Moscow.

But his main source of income remained the liquor trade. Earning on human weaknesses, Hammer built a whiskey distillery. The quality of the product was low, but the quantity of the drink and its low price allowed the enterprising “doctor” to capture most of the market. The fact that the U.S. had abolished Prohibition also played into his hands. It was then that Hammer created the famous United Distillers of America and received financial support from the state to increase production.

By the late forties his alcoholic beverage company had become the largest in America.

By the age of fifty-eight, Armand Hammer had changed several wives and mistresses. Mostly they became rich widows, whose dowry successfully replenished the millionaire’s coffers.

The next step in the business was the oil refining company, the so-called Oxy or Occidental Petroleum, which by the end of the eighties was ranked 14th among U.S. industrial firms. Its annual revenues exceeded $500 million.

To achieve his goals, the tycoon did not bend to any means. He knew how to persuade, cajole, flatter. For example, he told Brezhnev and Gorbachev that they reminded him very much of Lenin. He found common ground with monarchs, presidents, dictators and mafiosi.

But his luck turned away from Hammer when he began to engage in dirty financial manipulation during one of the election campaigns. He almost got jail time then, but given his age and health, the court dealt leniently with the elderly man. After paying all the fines, Hammer remained a holder of only one percent of Oxy stock.

No matter what the great swindler did in his life, it was all subordinated to one goal – to perpetuate his “self. His attempts to create the appearance of patronage turned into grand shows that failed miserably. He was not so much interested in money as in the possibility of using it to exalt his name.

His last major project was the creation of the monumental Art Museum, on which the tycoon spent about a hundred million dollars. It was a mausoleum to himself: on the facades, the creator’s name was inscribed in huge letters, the front wall of the lobby was decorated with a full-length portrait of Hammer, and the central courtyard was decorated with a bust of the “doctor. A special chapel was built for the display of Leonardo da Vinci’s manuscript, once purchased by Armand and renamed the Hammer Codex.

The purchase of his immortality was not successful. A couple of weeks after the museum opened, Hammer passed away. And those journalists who sang the dithyrambs of the mighty entrepreneur during his lifetime have now shown what he really was – self-serving, narcissistic, cynical, and treacherous.
He wanted to immortalize his name by paying eight hundred thousand dollars to have “ARMAND HAMMER” laid out in gold in the Metropolitan Museum of Art Hall of Fame. But the millionaire’s grandson didn’t spare another hundred thousand to make his grandfather’s name disappear from the Memorial Hall of Fame.

Surrealist Art Is Everywhere Right Now. The Prices Are Pretty Surreal, Too