Home Art market The Most Expensive Artworks Ever Sold at Auction 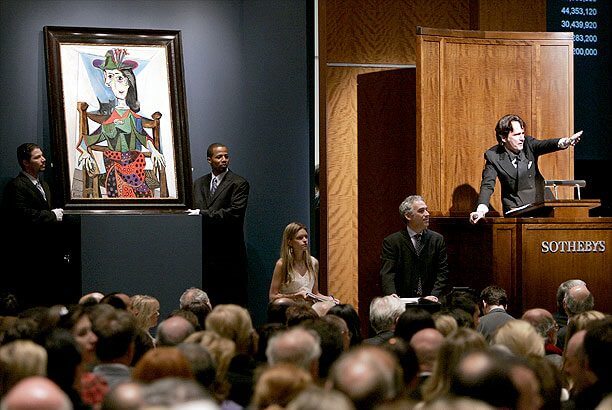 Some artworks have been said to be priceless, and images can be worth a thousand words – at least that’s what the stamps say. Here, we explore the most valuable paintings ever sold at auction, from the best to the most stunning. 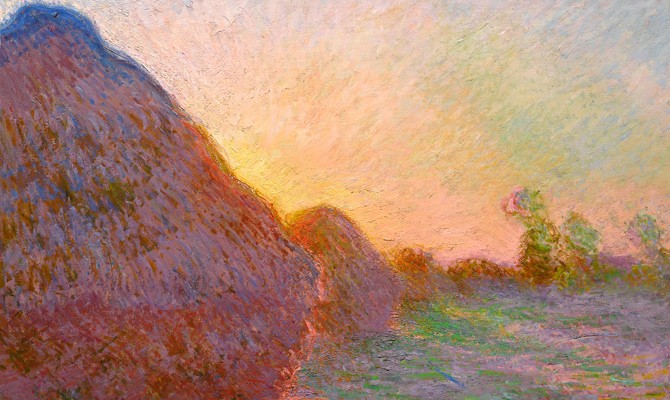 At the 2019 Sotheby’s New York Impressionist and Contemporary Art auction, Claude Monet’s painting Meules was nearly double the pre-sale estimate. It also surpassed Monet’s previous record at the Nymphéas en fleur auction, which sold for $ 84.6 million in May 2018. Meules is part of Monet’s famous Haystacks series, one of the artist’s most recognizable pieces. 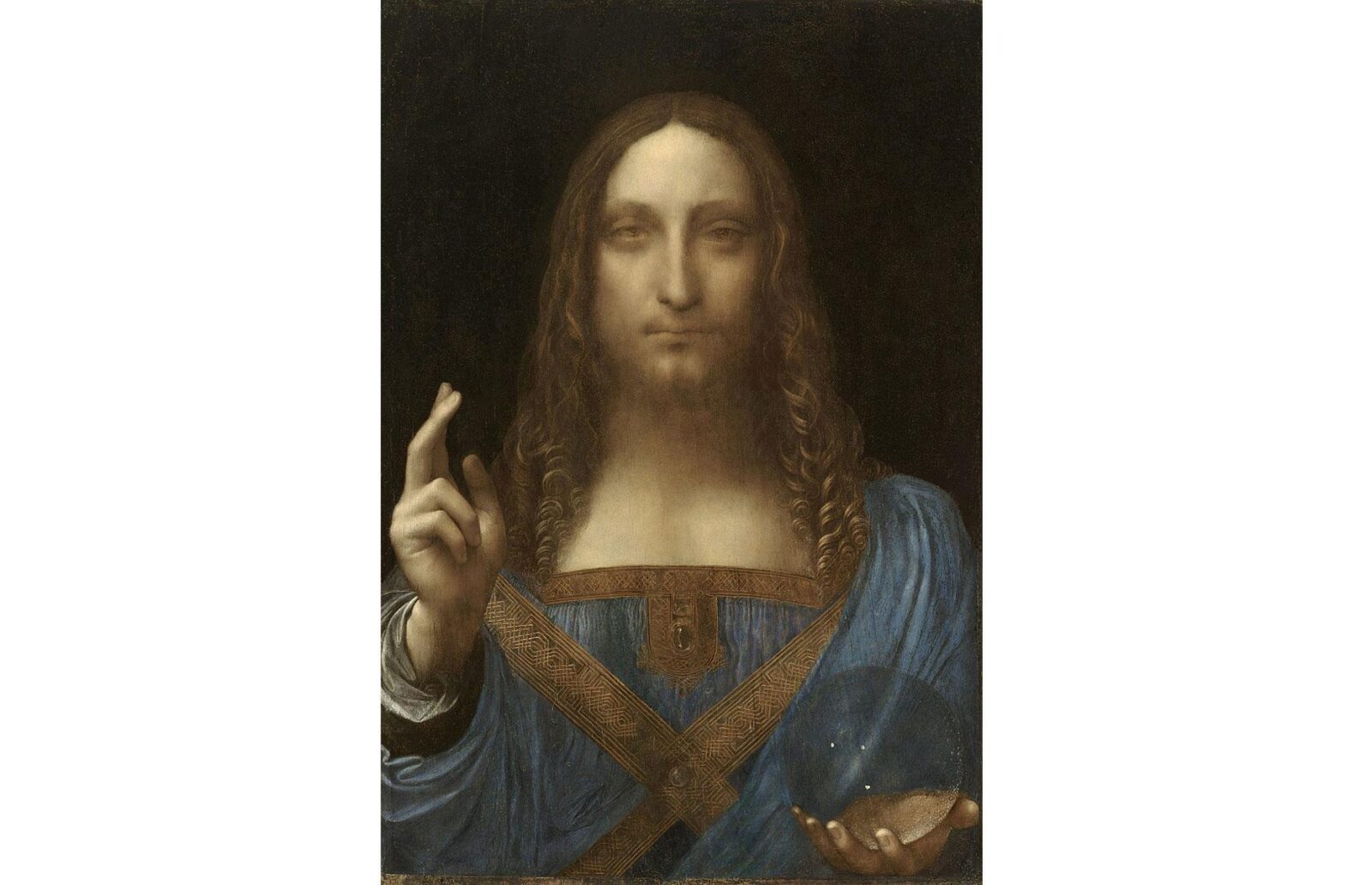 Undoubtedly, Salvator Mundi is one of the most valuable paintings in the world. It was sold for $450.3 million on November 15, 2017, at Christie’s. Breaking previous records and surpassing auction expectations, this sale highlighted the market demand for the artist’s rare auction performances and the competition among collectors for owning work of this caliber and distinction.

Before being sold at Christie’s, the painting attracted many owners and price tags over the years, from the £ 45 sale at Sotheby’s in 1958 to the $ 127.5 million purchase price of Russian billionaire Dmitry E. Rybolovlev in 2005, whose trust sold it. at the 2017 auction.

After being sold in 2005, it was followed by years of work and research to uncover its true nature. Due to the fact that since 1958 it was out of sight of the public, it was a kind of rescue project. With an unknown history and hidden numerous inscriptions, for a long time, it was mistaken for a copy. Despite its historical significance, this iconic sale has sparked controversy. Many thought of selling as brand awareness and recognition, not recognition and respect for the picture’s authority.

The piece of art has also undergone numerous conservation and cleaning efforts, sparking a debate about how to classify the painting – how original is it? 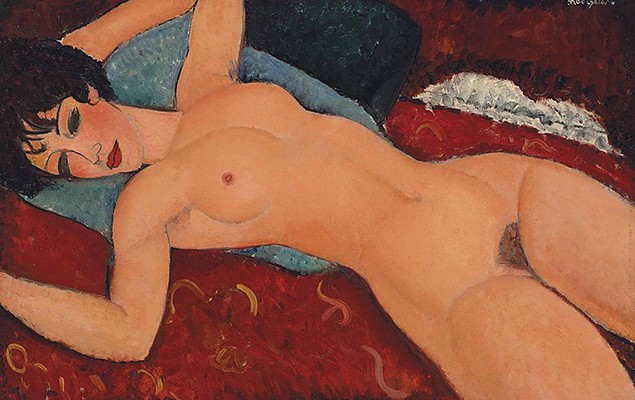 For the first time, Amedeo Modigliani’s painting Nu couché (“reclining nude”) was first presented at auction in 2015 and took the second-highest auction price for a painting at the time: $ 170.4 million. Bidding started at $ 75 million, already surpassing Modigliani’s previous auction record of $ 70.7 million.

The work was eventually sold to a private Chinese collector, Liu Yiqian. As one of Modigliani’s most famous paintings, it was painted in 1917 as part of a series of works that are today credited with reviving the nude form in modernist art. 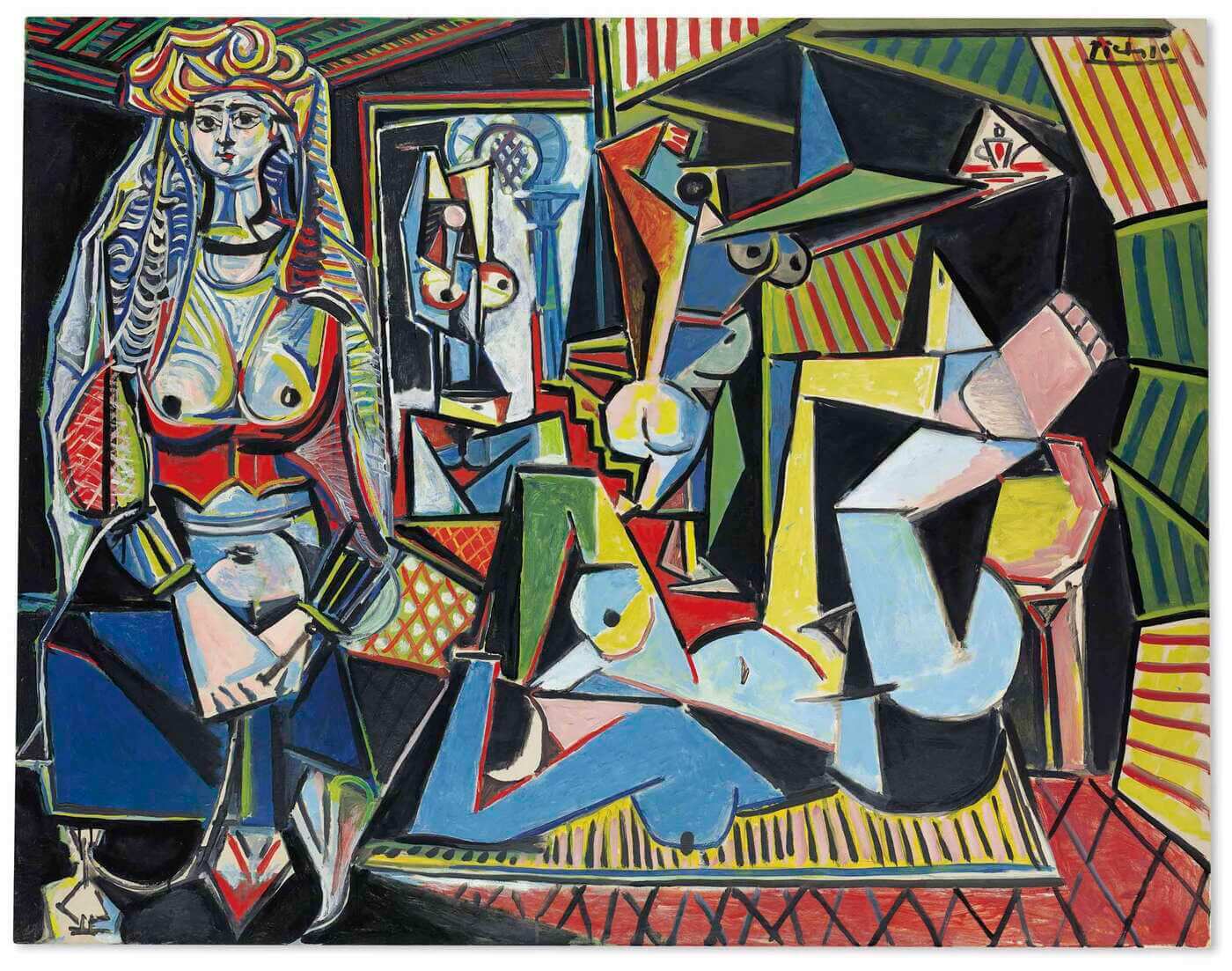 Pablo Picasso’s Les Femmes d’Alger (Version O) brought home $ 140 million at Christie’s 2015 Looking into the Past auction for 20th-century art. After the price topped $ 120 million on the night of the sale, five bidders slowly raised the price, often as little as $ 1 million at a time. In the end, the painting was won over the phone with Brett Gorvey, international head of contemporary art at Christie’s, for $ 179.4 million.

This was the highest price for a painting at an auction. The canvas has become the most expensive painting ever sold. The canvas is one of the brightest and most striking works of Picasso from a series of paintings in the period from 1954 to 1955.

It was in good condition at the time of sale, so it was a special find for anyone who could pay that price. Before the 2015 sale, it was last sold in November 1997 for $ 31.9 million to a collector in Saudi Arabia. 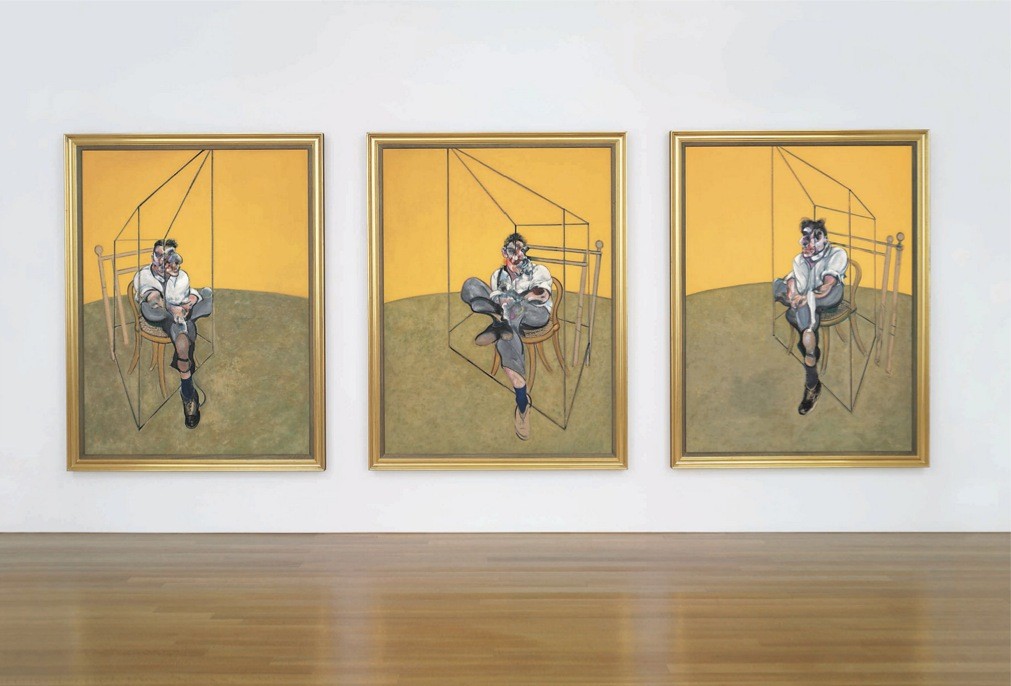 Francis Bacon’s artwork was purchased for $ 142.4 million at Christie`s auction. The triptych has become the subject of fierce bargaining. It not only surpassed Edvard Munch’s The Scream, which was auctioned at Sotheby’s the previous year for nearly $ 120 million but was also part of a landmark year for Christie’s.

The auction grossed $ 691.6 million, nearly $ 200 million more than its best season at the time. That made the artwork one of the most valuable paintings in the world.

The high price of Qi Baishi’s Twelve Landscape Screens was not the only important aspect of its 2017 sale. The selling price solidified Qi’s place in the art world as the first Chinese artist to have a work of art auctioned for over $ 100 million. Qi completed the job in 1925 at the age of 62.

Thanks to his remarkable style of calligraphy and brush painting, this painting is known as one of the most expressive works of his work. The work went down in history as one of the most valuable paintings in the world. With his twelve landscape screens, this is also the largest work he has ever done. 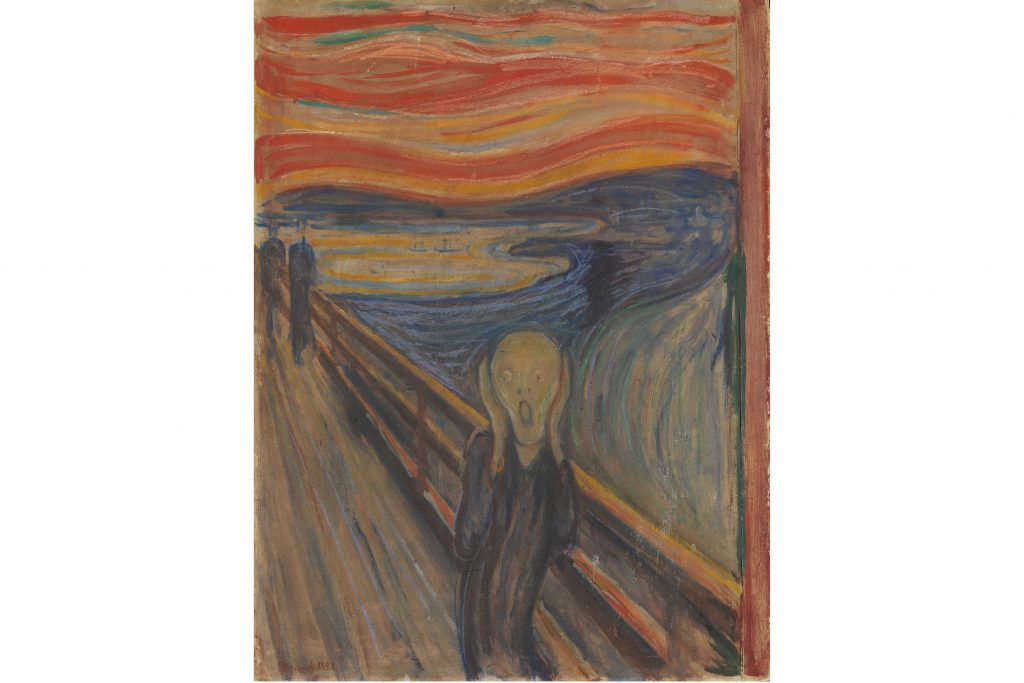 Edvard Munch’s Scream has become one of the most iconic and recognizable depictions of our time and became the best-selling and the most expensive painting ever sold.

Munch painted the painting in a collection of 22 works that were exhibited in Berlin in 1902, all of which represented non-traditional themes for the time. This is one of four versions of The Scream, which Munch originally named Der Schrei der Natur (Nature’s Scream). 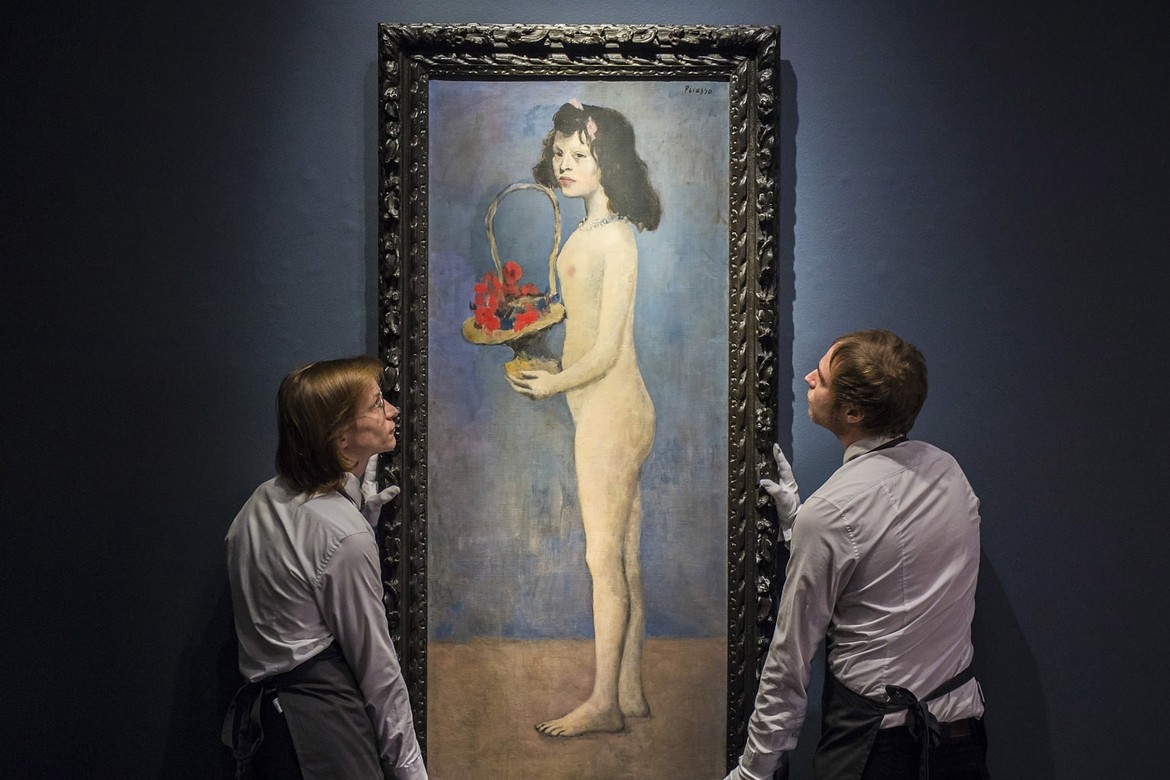 The 1905 painting by Pablo Picasso was part of the iconic Christie’s sale of the collection of the late David and Peggy Rockefeller.

Formerly owned by Gertrude Stein before being acquired by the Rockefellers, Girl with a Basket of Flowers was Picasso’s fourth painting to be auctioned for over $ 100 million, making him the only artist to have sold more than one piece at this level. After the sale, the work was rented out to Musee-D’Orsay until January 2019. 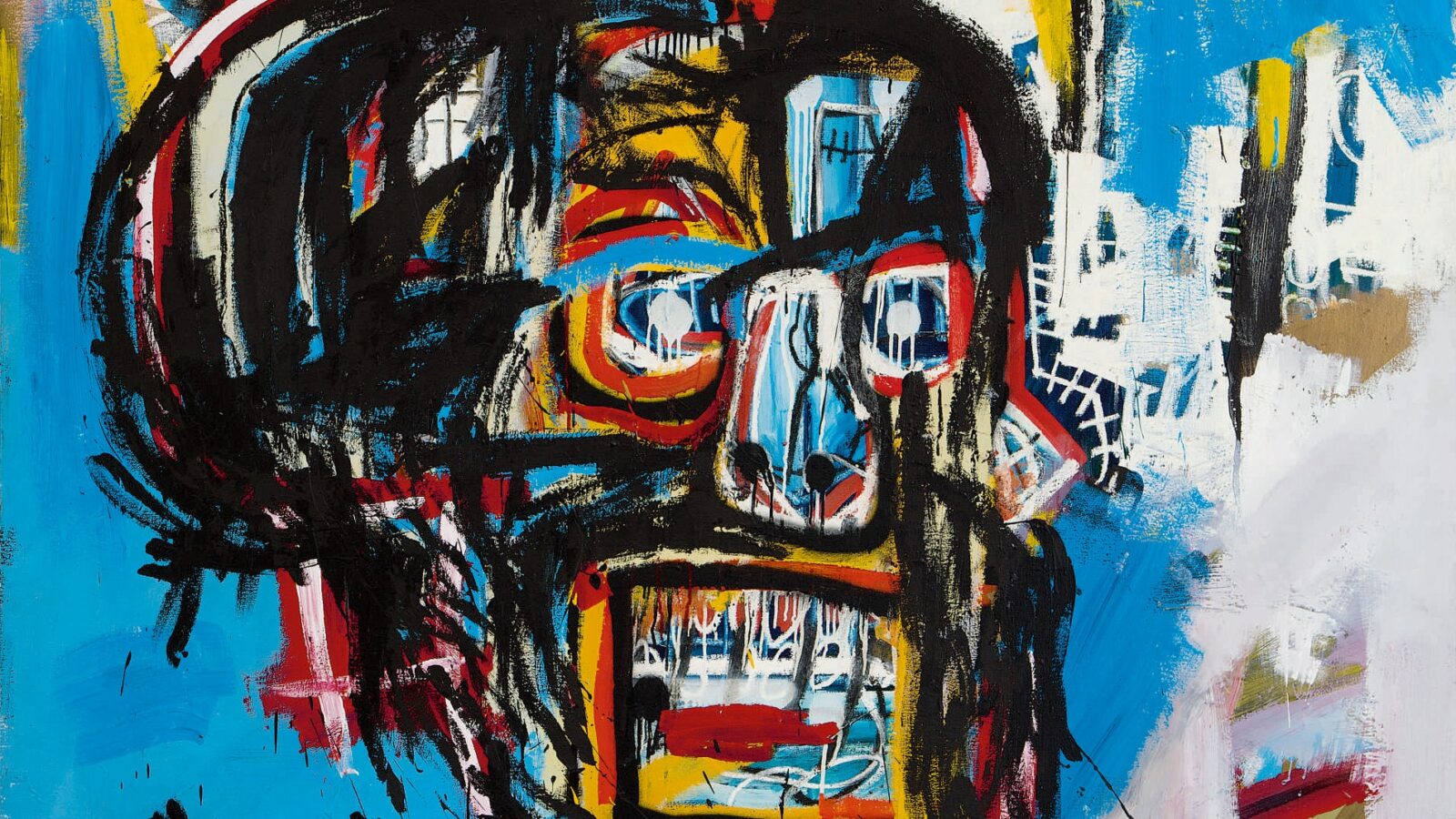 At the time of sale, the painting “Untitled” received the highest auction price for a work of art by an American artist. Japanese billionaire Yusaku Maezawa won the auction, with the final purchase price nearly double Basquiat’s previous auction record since 2016 (which was also set by Maezawa).

At the time of the 2017 auction, the artworks had not been exhibited to the public for over 30 years. Thus, after the sale, the collector planned to give it to many museums, including the Brooklyn Museum – the painting’s first stop in 2018. Without a doubt, the work of Jean Michel Basquiat can be called the most expensive painting ever sold. 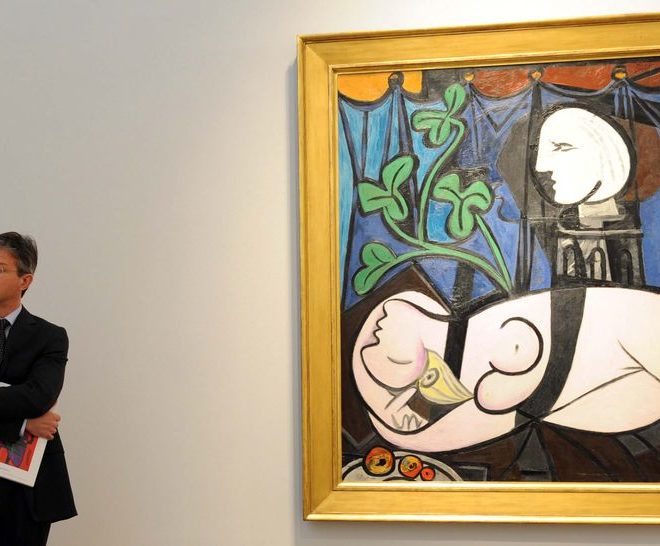 The canvas broke the world record for the number of works of art sold at auctions in 2010.

The Impressionist work was in a private collection in Los Angeles and from the moment of sale was transferred to a long-term loan to the Tate Modern in London. 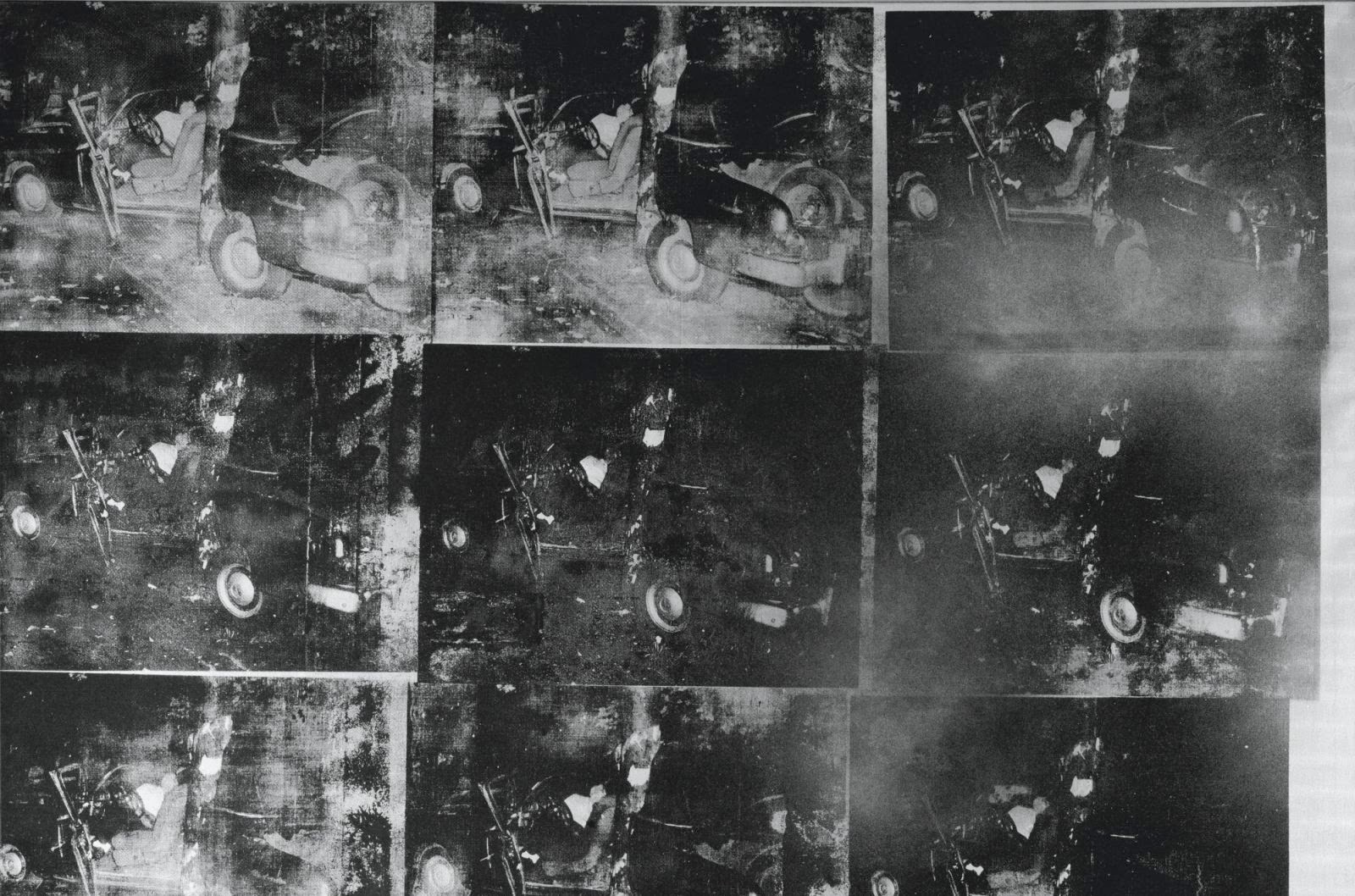 An autographed work from Andy Warhol’s Death and Disasters series, The Silver Car Crash (Double Disaster), became the artist’s best-selling piece at auction. The series depicts the pop artist’s fascination with a more serious subject: the piece uses silk-screen printing and sprays paint to depict a gruesome car crash scene, a departure from the cans that put Warhol on the map. 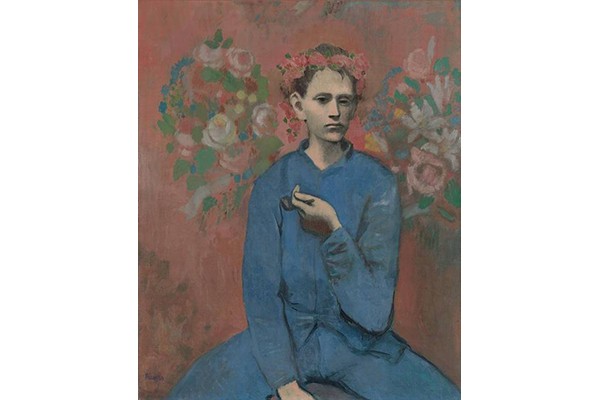 At the time of sale at Sotheby’s in 2004 for $ 70 million, it was the most expensive piece of art sold at that particular auction. Although Picasso has become one of the most famous names in the art world, Garson à la pipe may not at first glance recognize his style.

Written by a young Picasso, it does not reflect the corporate identity and approach with which he came to be associated, but an early exploration of the principles of Cubism can be seen in his work. 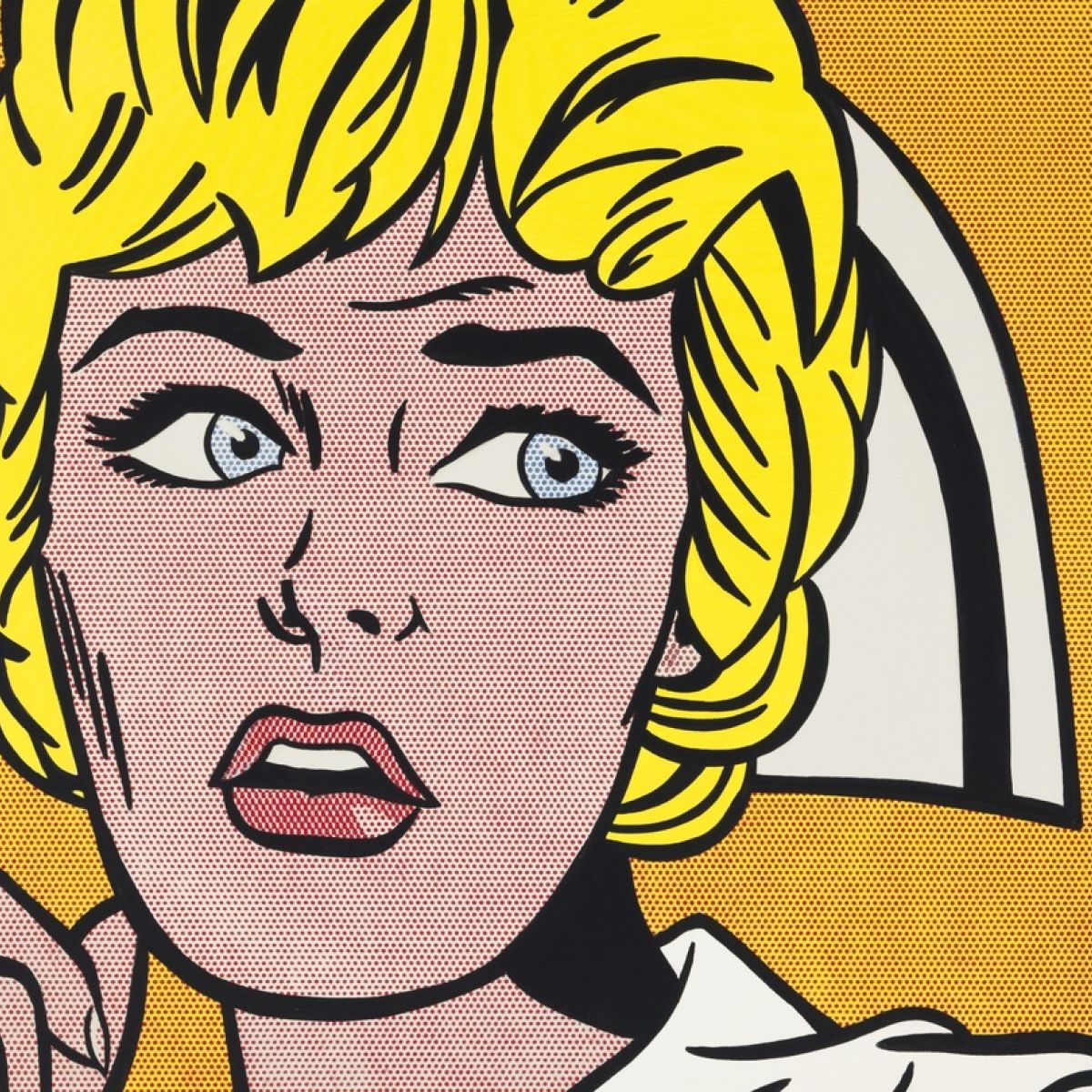 In 2015, Roy Lichtenstein’s “Nurse” became the artist`s most expensive painting ever sold at auction. The 1964 composition was painted on a four-foot square canvas and previously grossed $ 1.7 million at Sotheby’s in 1995.

Picasso portrayed his Parisian beloved in Dora Maar at Chateau, a 1941 portrait that was one of his largest paintings of a model. Bold colors and camera angles were an expression of an emotional era: the tension of World War II and Nazi-occupied Paris often served as a source of inspiration for artists. In 2006, the painting was sold for the second-highest price ever paid at auction for a painting. 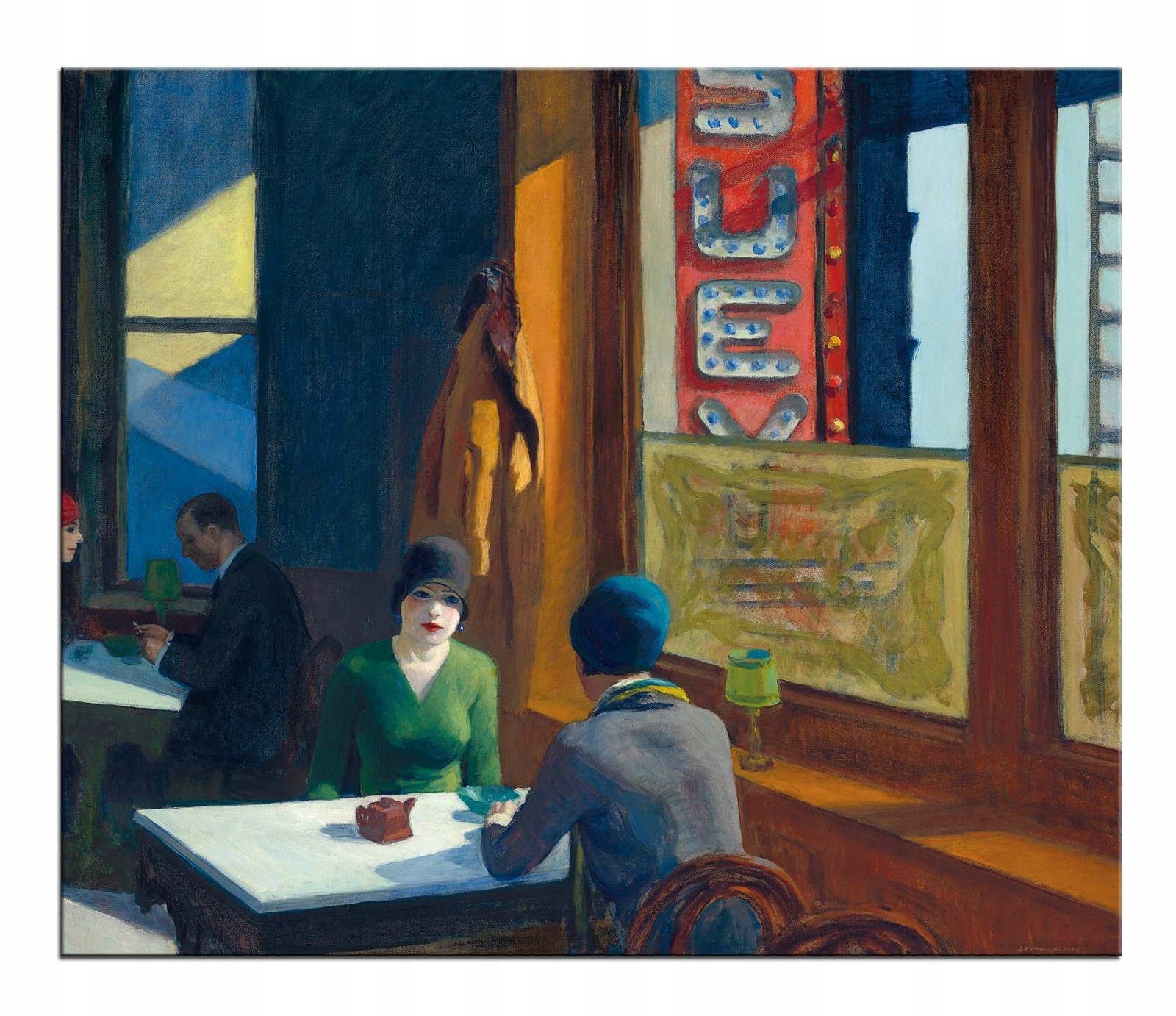 The most expensive painting ever sold, Edward Hopper’s Chop Suey is perhaps the artist’s most iconic painting. The canvas showcases a period of American history during which society developed at a rapid pace. Chop suey restaurants were popular snacks for the working class in the mid-1920s.

The plots of the picture are a snapshot of American life, which has changed dramatically. Women dining together in broad daylight symbolize the growing role of women in the American workplace and their newfound independence beyond the domestic roles they were previously assigned.

Review: For Love Or Money by Northern Broadsides

“At the Art Fair” Series By Charles Roussel