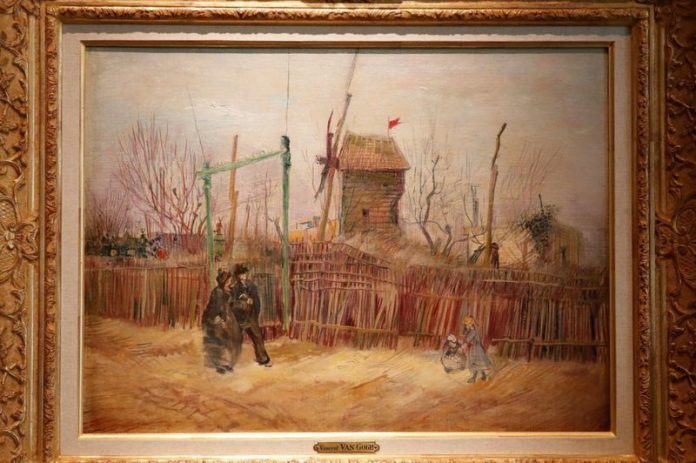 A Van Gogh painting, which had always been in private collections and therefore remained largely unknown to critics and connoisseurs of the artist’s work, is exhibited to the public for the first time in Paris.

The painting, titled Scène de rue à Montmartre (Impasse des deux frères et le Moulin à Poivre), is valued at $6.1-9.8 million and has never been exhibited before. The only public display of the painting has been in black and white reproductions in catalogs reports The Art Newspaper.

Very few works from Van Gogh’s Montmartre period remain in private hands. Most are in the collections of museums around the world.
The painting Street Scene in Montmartre shows the Moulin de la Galette windmill.
The painting is planned to be shown in Amsterdam and London, and then sold at an auction at Sotheby’s in March 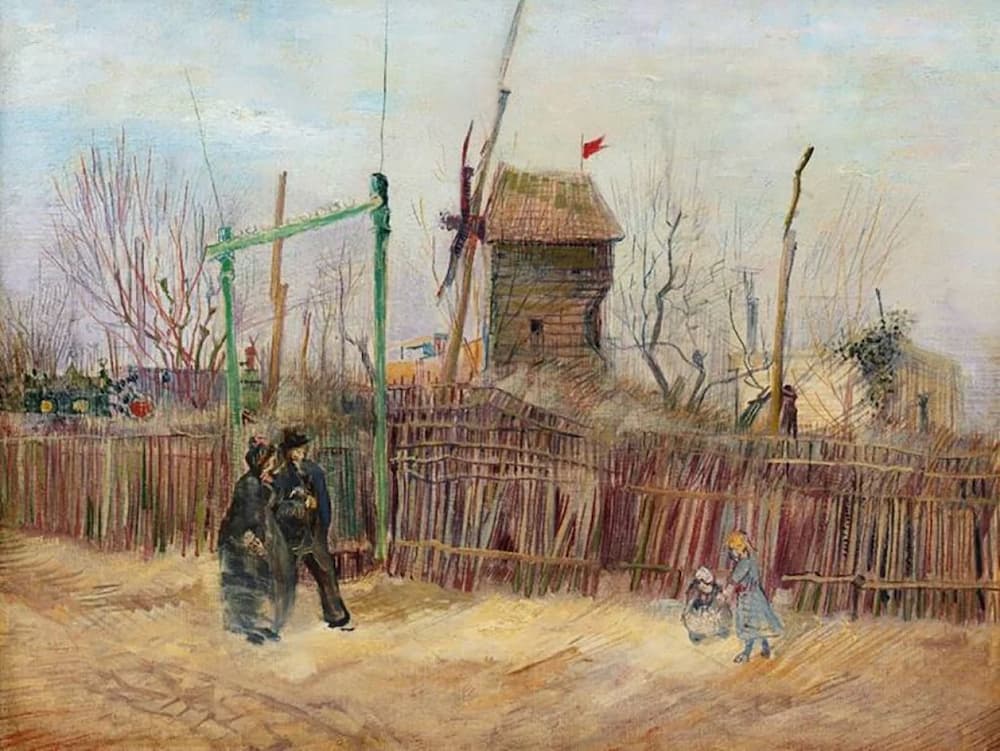 The painting, titled Street Scene in Montmartre, was created in 1887, and since then it has been largely owned by members of the same family. However, now it is for sale, the picture will be shown at the offices of the auction house Sotheby’s in Paris, Amsterdam, and Hong Kong. The auction will be held on March 25, experts expect to gain up to 8 million euros for the painting.

Expert on the works of Van Gogh Martin Bailey told the BBC that now for the first time had the opportunity to look at it properly. In the past, small reproductions, often in black and white, were made of the painting, but it remained virtually unknown.

“It’s amazing that this is a Van Gogh painting that has been hidden almost from the moment it came off the artist’s easel,” Bailey said. – It’s always been in private collections, so only the owners and their friends have looked at it.”

“This painting is curious because it demonstrates a moment of transition between Van Gogh’s Dutch period, when he used dark, earthy tones, and the vibrant works of Provence. In Paris, he discovered the Impressionists, and this encouraged him to experiment with color,” the expert explains.

Van Gogh created “Street Scene in Montmartre” while he was living with his brother Theo in 1886-87 near the street depicted on the canvas.

The expected price of 8 million euros is slightly lower than some of the artist’s other works. According to Bailey, works created during his Provence period are valued more highly.

“But until the last strike of the hammer, of course, you can’t predict exactly what will happen at auction,” says the expert. Now there is a lot of interest in Van Gogh in the Far East, so the market for his works is truly global.”

In turn, the auction house Sotheby’s said: “The appearance on the market work of such high caliber and of such an important series – no doubt a very significant event.

At the time the work was created, Montmartre was largely a rural suburb of Paris. The painting depicts a windmill in front of which the locals stroll. One of the main monuments of modern Montmartre, the famous Sacré-Coeur Basilica, was just under construction at the time.

Van Gogh moved from Paris to the south of France in 1888 and died near the French capital in July 1890.

The painting contrasts with the darker tones of his earlier works, created in Belgium and the Netherlands, and precedes the distinctly expressive style he developed in the city of Arles in southern France.

“Most of the paintings in the Montmartre series are now in major international museums, so the fact that one of them is in private hands is very rare,” says Aurélie Vandevurde, head of Impressionist and Modern Art at Sotheby’s Paris. – Unlike other artists of his era, such as Toulouse-Lautrec, Van Gogh was attracted to the pastoral side of Montmartre and wanted to convey that atmosphere rather than balls and cabarets.

Etienne Hellman, senior director of Impressionism and Modern Art at Sotheby’s Paris, says that the work was made at a turning point in the artist’s career: “When Van Gogh arrived in Paris, he discovered the Impressionists, such as works by Renoir and Toulouse-Lautrec, and had met Paul Signac shortly before he painted this painting. In Paris he discovered light – in the south of France he discovered the sun.”

Van Gogh’s last work sold at auction was a rare painting from his Dutch period, which was bought for 7.1 million euros ($8.6 million) in 2018.

A Banksy Mural in L.A. Is Hitting the Auction Block—With the Whole Building It Was Painted on Attached—for as Much as $30 Million