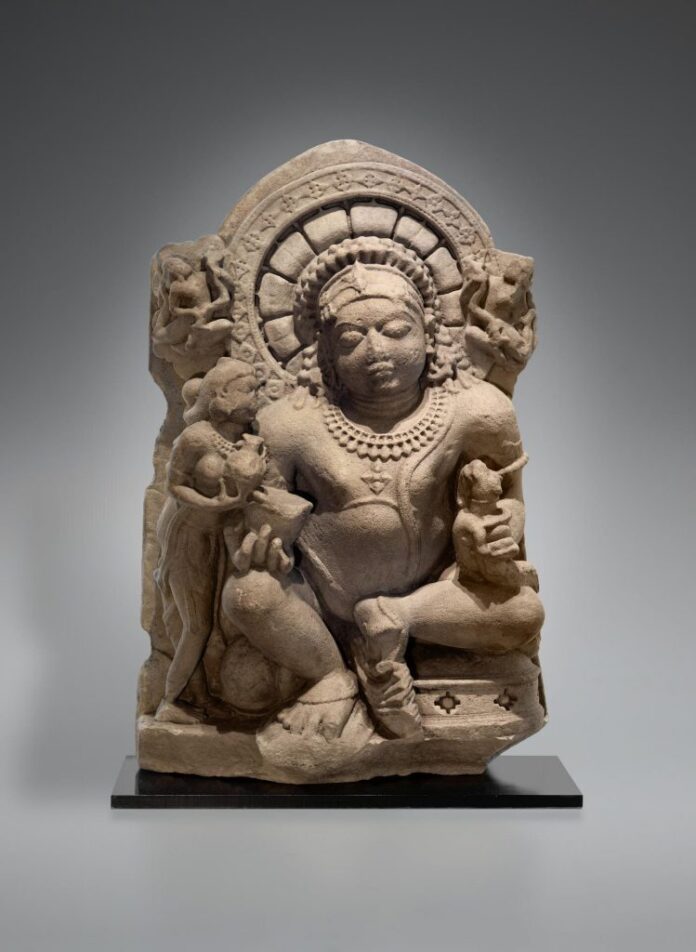 Many of the artifacts had been donated by the Rubin-Ladd Foundation, which acquired them from disgraced dealer Subhash Kapoor.

Homeland Security agents impounded more than a dozen looted Asian antiquities, valued at $1.29 million total, from Yale University in New Haven, Connecticut, this week. The stolen artworks were all linked to Subhash Kapoor, the disgraced art dealer who faces charges in both the U.S. and India for allegedly running a $143 million art-smuggling ring.

“Yale University, having been presented with information indicating that works of art in its collections were stolen from their countries of origin, delivered the works on March 30, 2022, to the New York district attorney’s office, which will coordinate the objects’ repatriation later this year,” said the university in a statement. “Yale was glad to work cooperatively with the D.A.’s office in this important matter.”

Yale University Art Gallery’s online catalogue, which has presumably not yet been updated, still turns up 14 works linked to Kapoor, four of which are listed as being on view. Another seven could be seen by appointment at the university’s Wurtele Study Center and Duffy Study Room.

News of the seizure was first reported by the local NBC affiliate, which noted that all the artifacts were from India, save one from Burma. The university declined to offer further comment to Artnet News.

Many of the Yale artifacts that appear to be linked to Kapoor came from the Rubin-Ladd Foundation, which may have donated his illegally imported antiquities to museums across the U.S. and beyond. The connection between the dealer and the American arts and culture foundation was uncovered by volunteer researchers from the India Pride Project in a report published last summer. But Kapoor’s illicit activities have been in the spotlight for far longer.

U.S. authorities were first alerted to Kapoor in 2011, after he was arrested in Germany on smuggling charges. Investigations revealed stashes of 2,600 artifacts from Afghanistan, Cambodia, India, Pakistan, Nepal, and Thailand, among other countries—all with fake provenance papers—in his New York City storage facilities. The Manhattan District Attorney’s Office filed a criminal complaint against Kapoor in 2019.

Kapoor is currently being held in Trichy prison in the Indian state of Tamil Nadu on charges of theft and illegal export of antiquities. The U.S. expects to extradite Kapoor upon his release and to try him here, but it is possible that other regional governments in India will also take legal action against him.

“We hope other states take this seriously in going after the perpetrators, as Kapoor’s suppliers are still very active, pillaging and smuggling our antiquities,” Vijay Kumar, a self-described “idol hunter” who has aided efforts to restitute looted Indian antiquities and cofounded the India Pride Project, told the Times of India.

In the meantime, the art Kapoor stole is slowly but surely making its way home. Last April, Manhattan District Attorney Cy Vance Jr. returned 33 of Kapoor’s looted antiquities to Afghanistan. In June, Vance handed over 24 illicitly exported artifacts linked to the dealer to Cambodia. In October, an additional 235 stolen artworks that passed through Kapoor’s hands went back to India.

Other affected institutions include Ohio’s Toledo Museum of Art, Massachusetts’s Peabody Essex Museum, and the Honolulu Museum of Art.