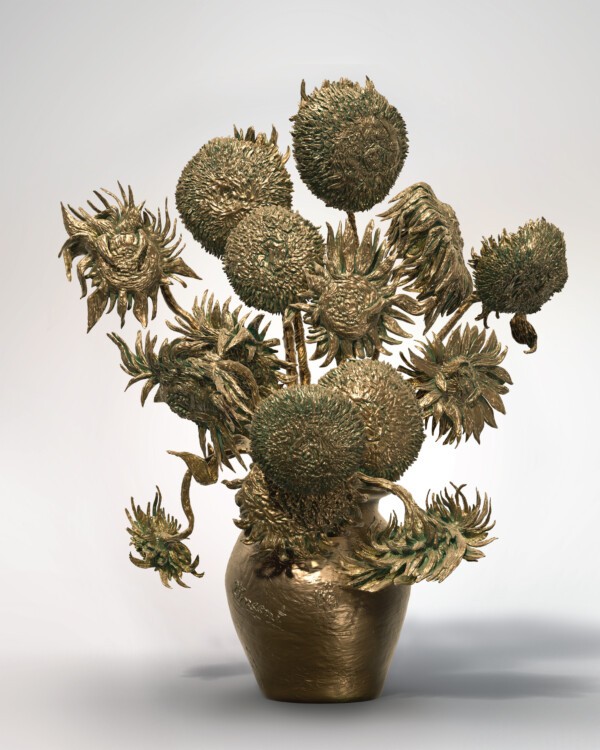 3D scanning, 3D printing, and 3D printing are used not only for utilitarian purposes and for entertainment, but also in serious art. Contemporary authors go beyond the same plane. In an effort to create voluminous works, they resort to 3D sculpting.Rob and Nick Carter are leading UK artists who recreated Vincent Van Gogh’s Sunflowers.

In 2017, the Victoria and Albert Museum (UK), in partnership with the Peri Foundation and under the auspices of UNESCO, launched a large-scale project called ReACH. This global initiative is designed to create and present in the public domain digital and 3D copies of art objects, because many people, due to various circumstances, cannot travel, and, accordingly, cannot see the original.

According to project manager Anais Agger, in the near future, it would become a platform that will bring together museums around the world, developers, foundations, and cultural organizations to jointly explore ways to preserve endangered cultural heritage.

Today among the project partners are the largest museums in the world, foundations, and companies, for example, the Louvre, the Smithsonian Museum, the British Museum, the State Hermitage Museum, the Warburg Institute, the Yale University Institute for the Protection of Cultural Heritage, Google Arts and Culture, NVIDIA, Europeana, Factum foundations Arte and others. As Agger noted, the results of the project may be useful for solving creative and social problems, such as making copies for blind museum visitors.

The results of the project may be useful for solving creative and social problems, such as making copies for blind museum visitors. The director of the Victoria and Albert Museum, Dr. Tristam Hunt, also spoke about this at the June conference at UNESCO.

The digital art sector for the project is led by Adam Lowe, founder, and director of the Factum Arte Foundation, which promotes digital technology as a means of preserving culture.

His workshop in Madrid develops new materials, technologies, and processes that result in innovative works and exhibitions of contemporary art.

As part of the ReACH project, the Factum Arte Foundation began creating an archive of digital 3D copies of works of art from different museums around the world, which can be used by any person or organization for non-commercial purposes. 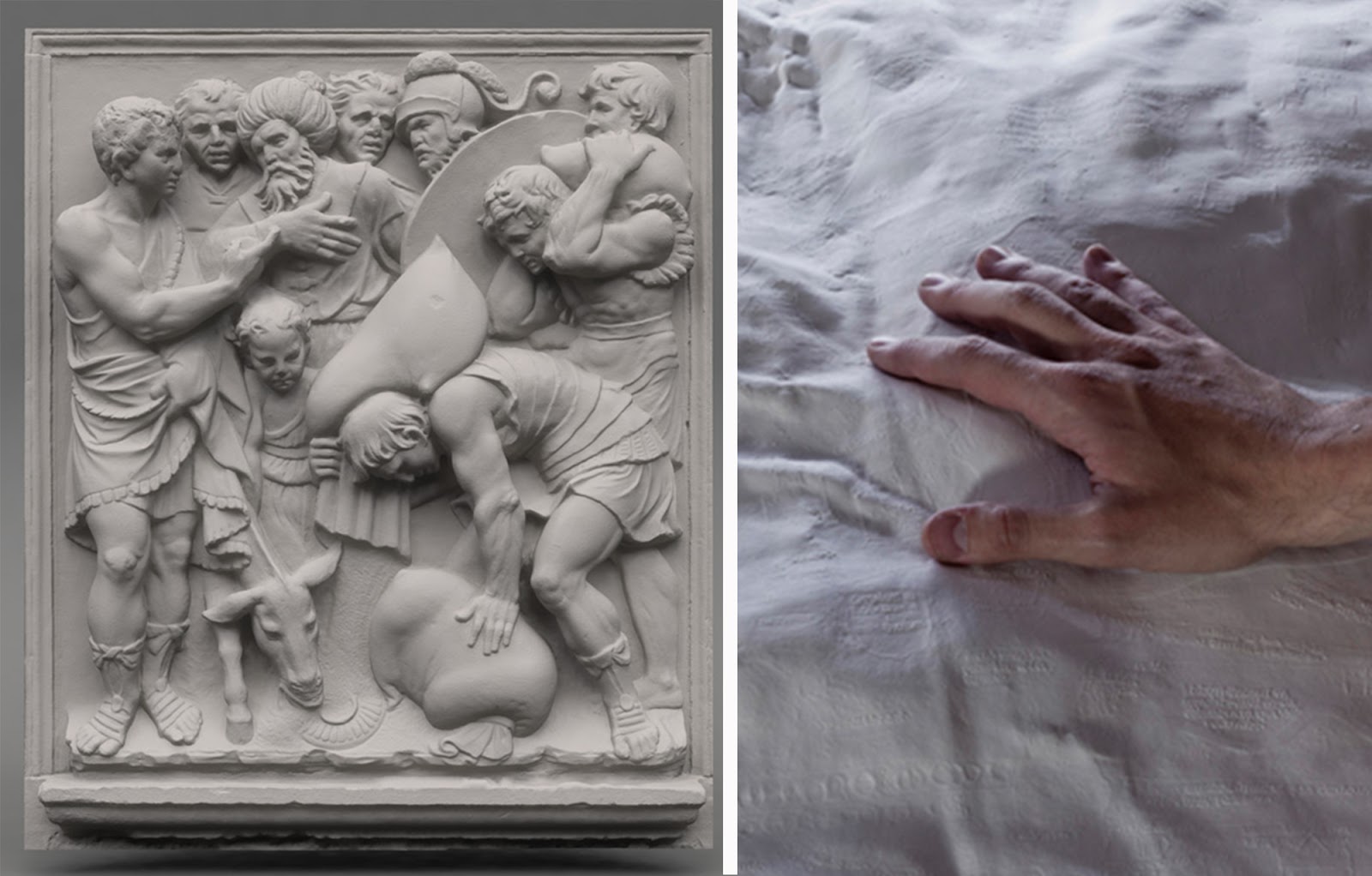 This means that in the future, museums will have the opportunity to use the already developed high-quality 3D models when creating tactile copies for their own museum or a separate exhibition for blind visitors. This solves the most important problem in the production of tactile copies of paintings since it is the design of a digital 3D model that requires the greatest financial costs and rare human and technical resources.

Digital technologies such as those found in video games can be used to accurately render and reproduce cultural heritage sites. According to Adam Lowe, copy quality depends on the quality of the 3D scan, the processing software, and the printer.

Indeed, for reliability, it is necessary to convey all the nuances of the picture, even the smallest strokes, and cracks. 3D sculpting gives the opportunity to capture inscriptions and ciphers. 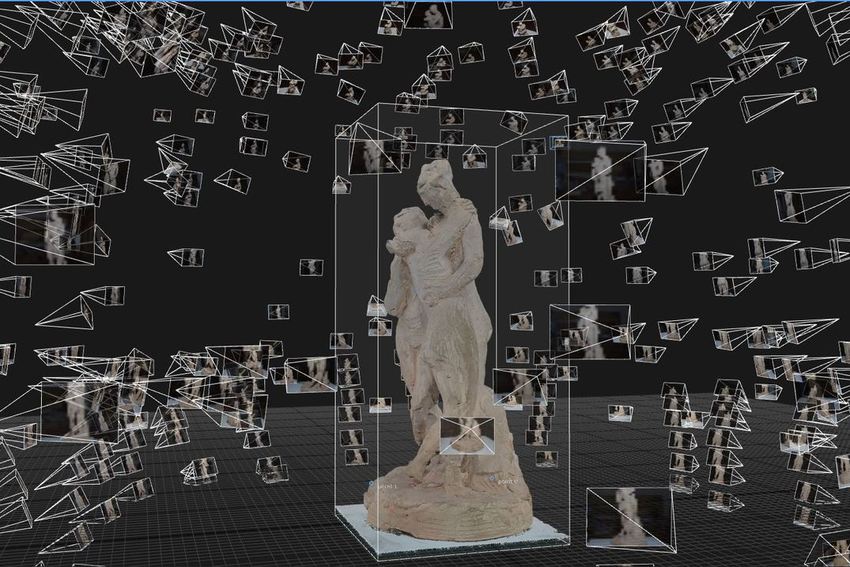 Since 2001, the Factum Arte team has not only been developing its own scanners but also shares its experience and technologies with other developers in creating the most accurate scanners and programs and choosing a printer.

They also support museum curators in identifying appropriate ways to digitally capture and recreate models of cultural objects. Adam Lowe argues that while the process of copying is laborious, it is quite feasible, and with the right approach, it may not be very expensive.

The distribution and use of the archive are handled by a group of experts, which includes the director of the Kennisland Research Center (Netherlands) Paul Keller, and the director of World Heritage Projects, Professor at Yale University Dr. Stefan Simon.

He is trying to soften copyright law in order to develop an inclusive digital society. Dr. Simon brings together the international community for the protection and protection of cultural sites in a discussion of how to avoid the huge loss of cultural heritage, as well as how to preserve disappearing and destroyed cultural sites in human history. 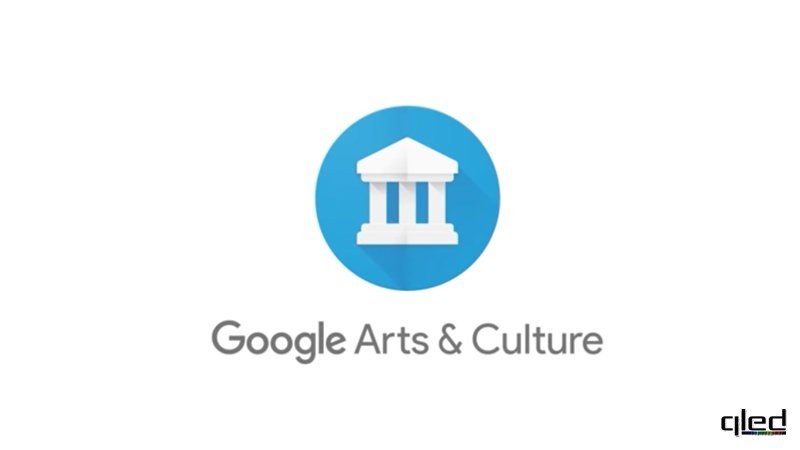 Another important storage problem is being tackled by partners Google Arts and Culture (a digital platform that offers high-quality images of art from various museums around the world) and Nvidia (a leader in computer graphics and ultra-high performance computing).

Today, not every museum can afford to create 3D copies of paintings for the blind and visually impaired visitors: the development of an accurate digital model and high-quality printing can be expensive, and problems with the right to use are added.

Large museums that could provide such funds fear poor quality. The main problem is that there are very few 3D designers in the world who are quite well versed in the basics of painting, as well as in the features of tactile perception of images by blind people.

Of course, this ambitious project can offer solutions to some problems:

Much depends on the initiative of museums: their desire to be open to any audience, their willingness to share their heritage (to enable 3D shooting of their own objects, to help resolve copyright issues, etc.), and to participate in the interprofessional dialogue.

9 AMAZING SCULPTURES THAT WOULD NOT BE POSSIBLE WITHOUT 3D TECHNOLOGIES

Every year more and more materials and techniques appear, which become new areas of research for artists. Sometimes it seems that 3D technology has turned the world of art upside down.

This was the case with oil paints, photography, and collage. 3D sculpting allows you to work with sculpture in a new way: the digitally created prototype is automatically embodied in the material.

Many modern sculptors have started working with technology art and have come up with interesting results. 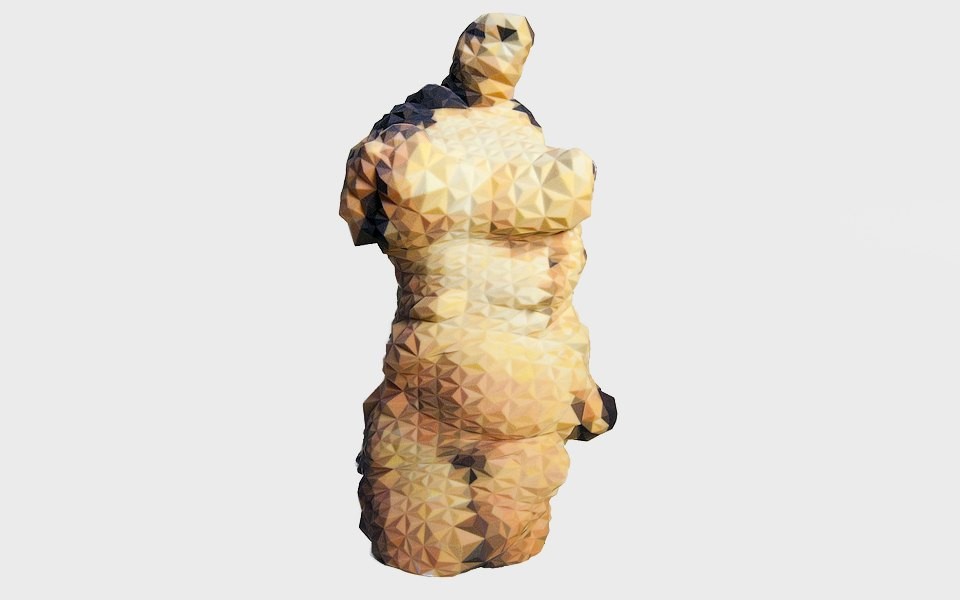 American Matthew Plummer-Fernandez was inspired by the fact that when he searched in Google Image Search for an image of a box filled with feathers, the system also gave him a photo of a woman in nude underwear. The artist created an application that mixed an image of a woman and a box of feathers and then printed it on a 3D printer.

According to the author, the resulting sculpture refers to Marcel Duchamp, the Dadaists, and Andy Warhol. 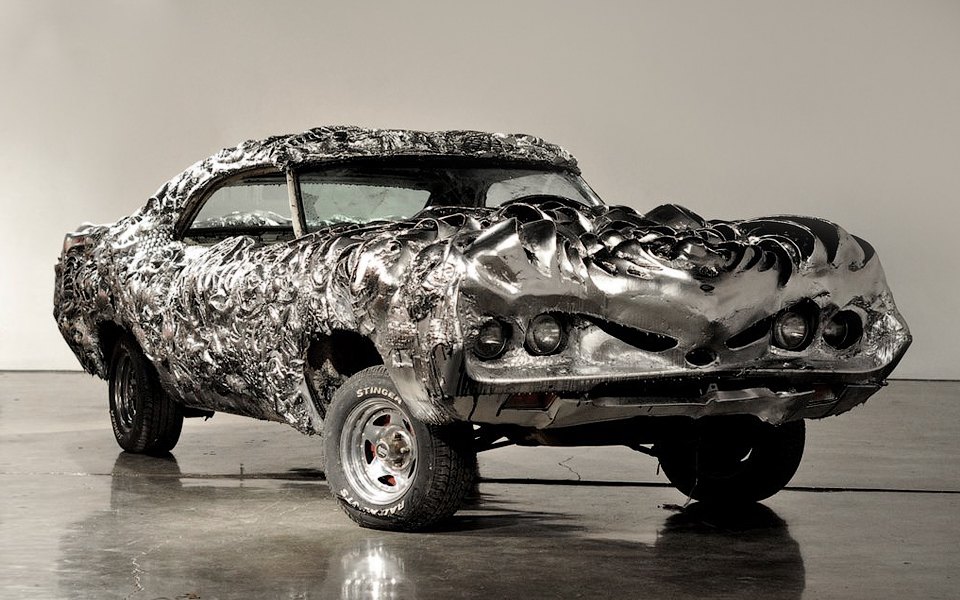 Romanian-American artist Ioan Florea declared himself the pioneer of the third industrial revolution, predicted by economist Jeremy Rifkin in 2011. Using a 3D technology and nanomaterials, he creates objects of large shapes, reflecting on a time when anyone can independently produce anything.

One of his famous works is a 1971 Ford Torino, which the artist covered with pieces of nanometal, printed in the form of fused forms. 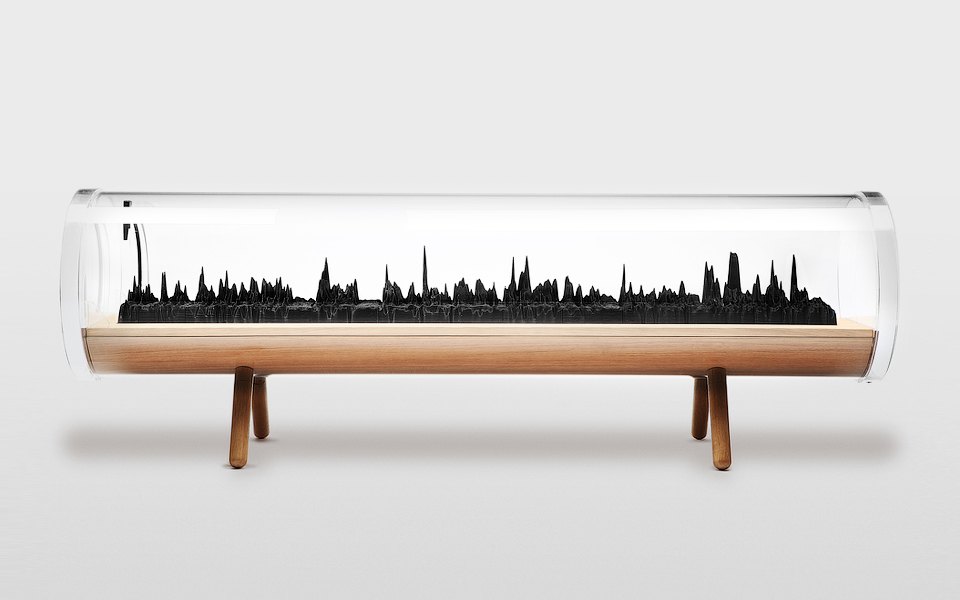 Frenchman Gilles Azzaro uses 3D printing to bring digital and analog into the fuzzy zone. He visualized the sound waves of the 39 seconds of Barack Obama’s annual speech and printed them out from dark material. Lasser reads the relief of the resulting mountain range, which allows the President of the United States to return the speech to sound form. 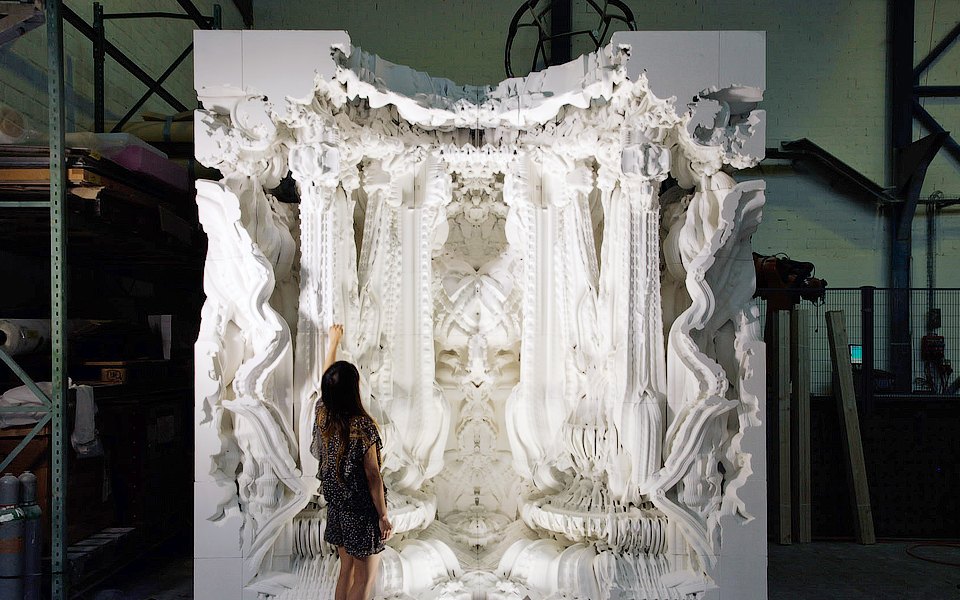 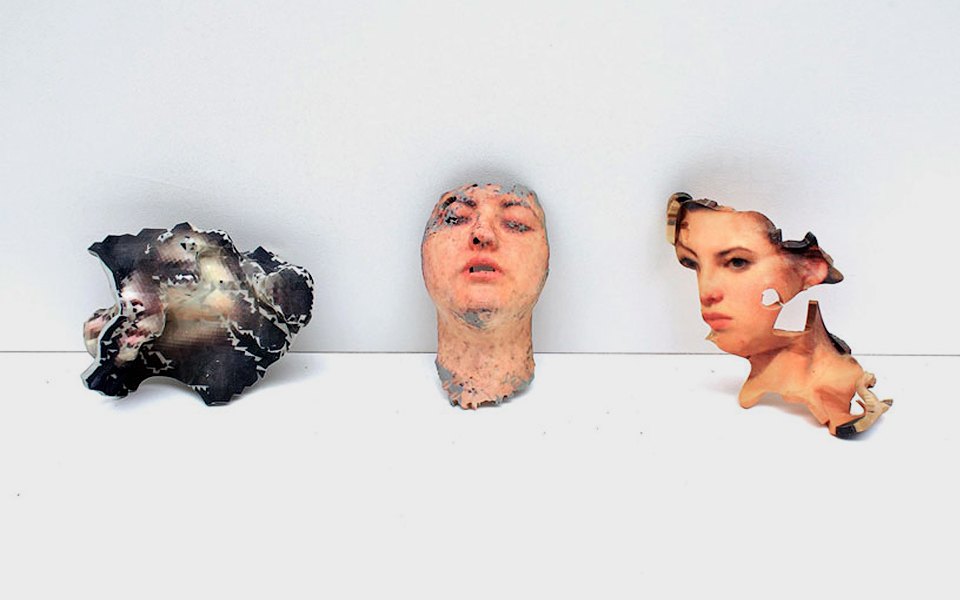 Lorna Bradshaw has created a series of intimidating self-portraits in which she exposed her face to decomposition through 3D sculpting. She printed the resulting models on a 3D printer: the busts refer to classical sculpture, but they speak of dissatisfaction with her own body, which is inherent in modern people. 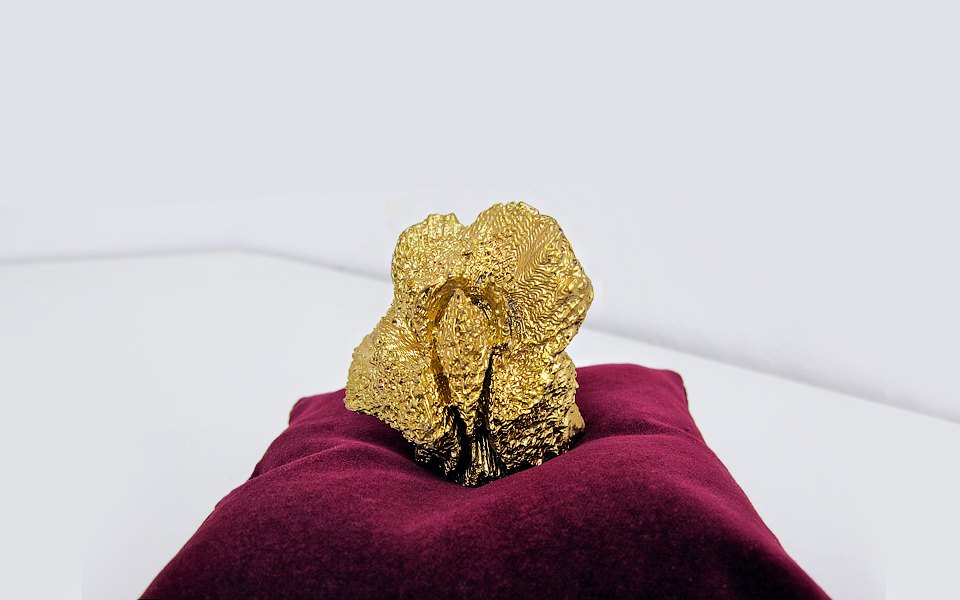 Fran Flairty was attracted to 3D printing by the ability to reproduce an unstable shape. He scanned human milk poured in a petri dish and printed a sculpture out of golden material. The artist outlined the uncertainty between the abstract and the figurative and the true and conventional values ​​of the modern world. 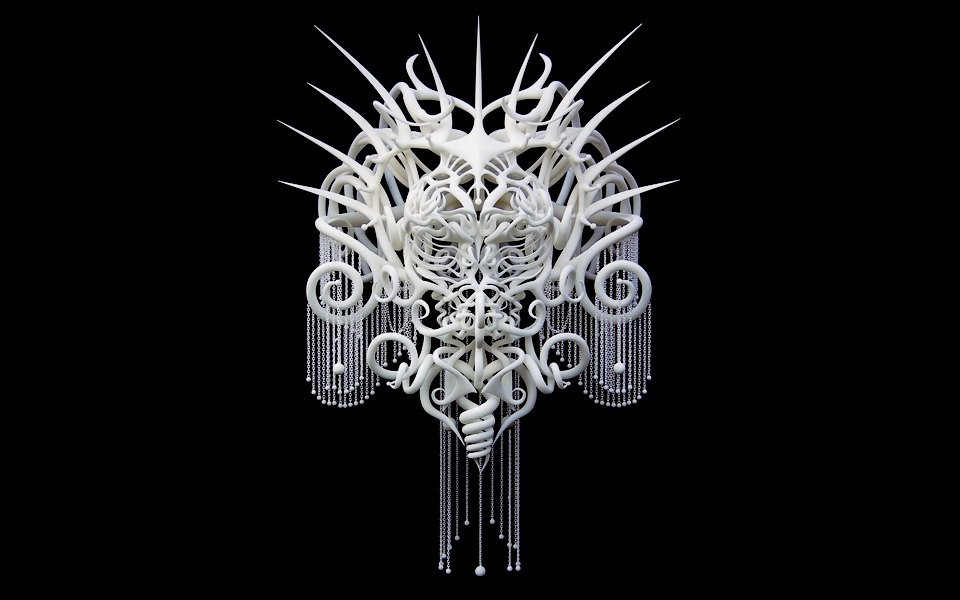 Joshua Harker creates recognizable abstract sculptures of organic forms from a variety of materials. His works are like tangles of tentacles that have somehow acquired natural symmetry. Harker himself says that his main source of inspiration is the surrealist ideas about the automatic creation of works of art. 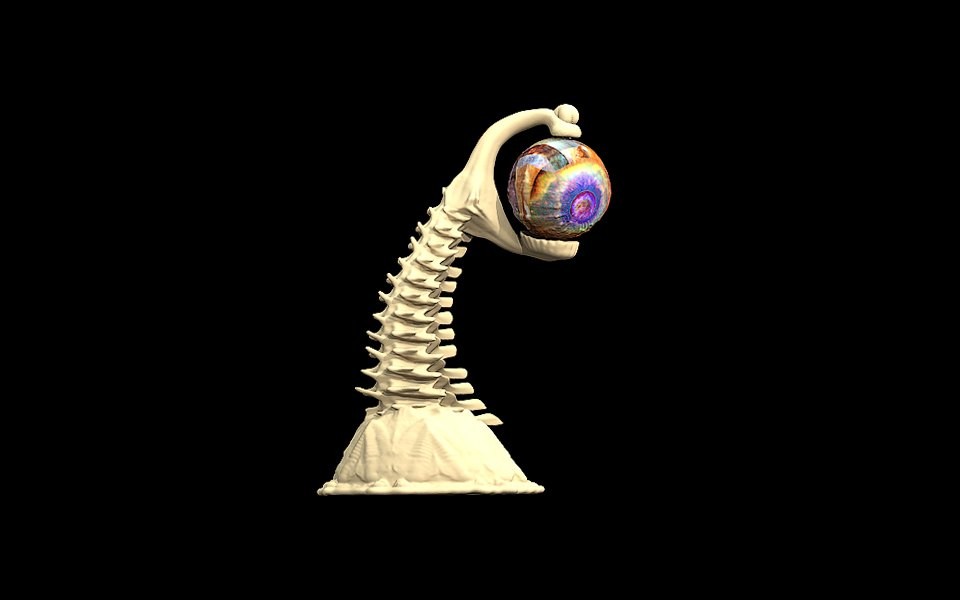 Andrew Woerby created the sculpture “A Souvenir for Visitors to Our Universe” by printing it on the basis of two models. He used the scanned pieces of skeletons to create a kind of pedestal on which he placed a balloon, modeled on data from NASA research satellites. 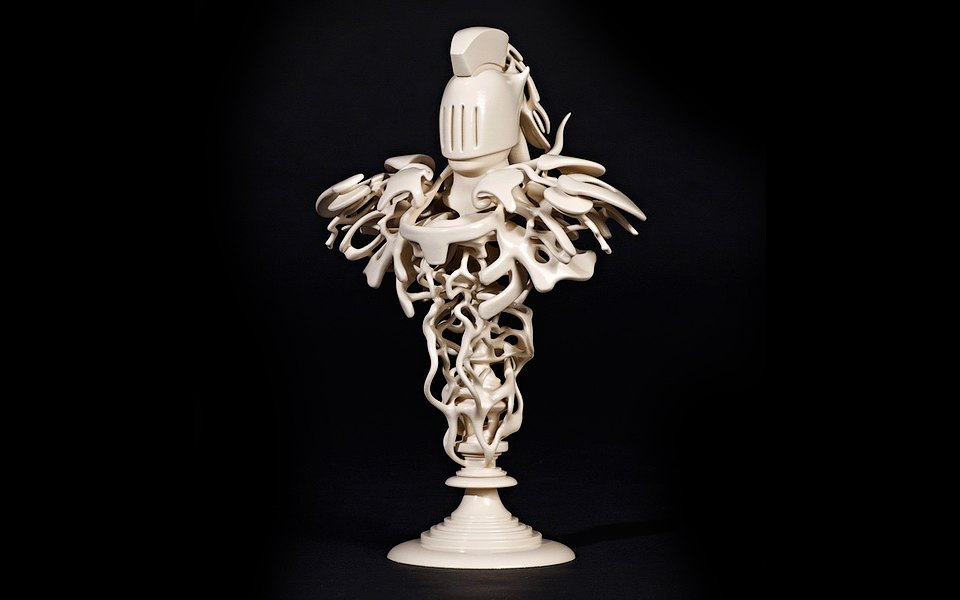 Nick Ervink from Belgium combines 3D printing with Michelangelo’s methods in his work. The Renaissance artist washed out vulnerable parts from his sculptures to figure out where to start. Ervink uses digital models of Roman busts, which he deconstructs with a specially written program.In a similar way, he works with images created by Renaissance and Baroque artists.

Can 3D printing completely change the world of modern sculpture?

First, you need to distinguish between the professions of a sculptor and a shaper. Therefore, we do not take situations in which 3D sculpting is used only as a means to reproduce an existing model in volume. Whether or not to use this method in his work is a personal choice of the sculptor, who decides the question of translation into the material: whether it is plastic, plaster, metal, and so on.

A sculptor who works with physical volumes and an artist who uses 3D modeling are, in essence, people from different professions with different knowledge and technical skills.

Recalling the well-known history associated with the invention of photography, let us recall that a painter is not a photographer, and vice versa, although the result of their labor roughly coincides, just as a sculpture made of, say, clay and a 3D model drawn on a computer and printed in volume roughly coincide.

Recalling the well-known history associated with the invention of photography, let us recall that a painter is not a photographer, and vice versa, although the result of their labor roughly coincides, just as a sculpture made of, say, clay and a 3D model drawn on the computer and printed in volume roughly coincide.

New time brings its demands to the world of art, and this is confirmed by the development of art during, for example, the last century. At the same time, we see that the so-called “classical art” has not disappeared anywhere, and all numerous artistic trends coexist on one planet in all their diversity.

3D sculpting is the same current in the common ocean like everyone else. 3D printing is just a form of reproduction that requires certain skills and equipment.It gave, among other things, exceptional precision and repeatability for sculpture.

The 3D sculpting is just a method to achieve a certain result, another tool that increases the sculptor’s capabilities.