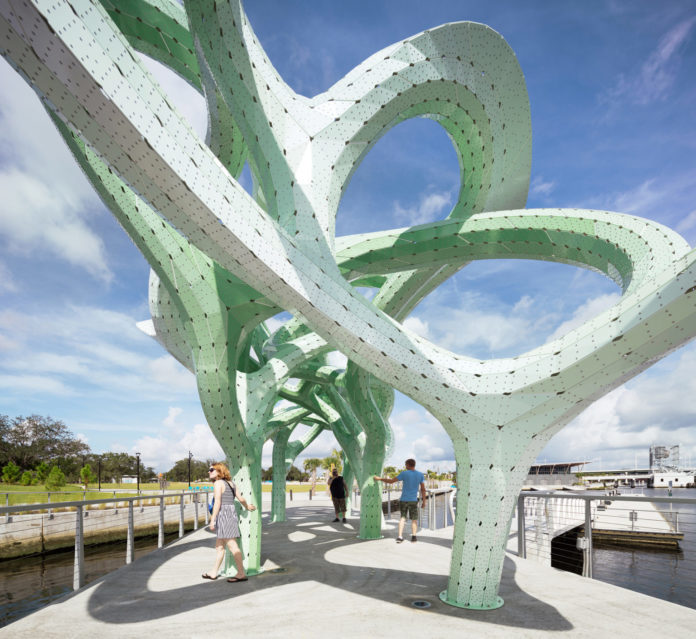 Form of Wander is a new project by Mark Fornes of THEVERYMANY studio which was recently installed on a pier above the Hillsborough River in Tampa, Florida. The winding aluminum structure was built to subtly imitate the form of the native mangrove, and extends the city’s Riverfront Park recreational space onto the waterway. Its shape encourages playful wandering through the seven trunks secured along the floating bridge, and its branches imitate the mangrove’s tangled roots. Despite the thickness of the green-tinted structure being just a few millimeters, the canopy was built to withstand hurricane force winds. It held up to its first major storm this October when Hurricane Michael traveled through Florida’s Gulf Coast. (via Colossal Submissions)