From tiny puppet wire jewelry to a powerful breakthrough in the world of sculpture – this is how we can describe the creative path of one of the most talented masters of the 20th century, Alexander Calder (1898-1976). This artist gave the world an amazing fairy tale of kinetic sculpture and debunked the myth about the static works of art. He was able to follow the lessons of classical school and create something completely new.

Alexander’s life journey began in Pennsylvania, USA. He had an early interest in art, and that was understandable: representatives of more than one generation of the Calder family were engaged in sculpture and painting. Thus, Alexander’s father, Sterling Calder, executed many public orders, including the statue of George Washington on the eponymous square in New York. The boy’s parents supported the young talent’s desire to leave its mark on the arts and helped develop his abilities. Alexander’s journey into the arts began with his little sister’s doll ornaments, then moved on to making intricate wire costume jewelry for his mother.

As an adult, Calder decided to enter to the Stevens Institute of Technology in New Jersey, Department of Mechanical Engineering. But after graduation, he doesn’t start work as a graduate should but goes on a three-year search for himself, which again led him to art.

In 1922, Alexander went to New York to get an art education. During his studies, the young man became interested in the circus. He worked as an artist in the “National Police Gazette” (National Police Gazette) and was assigned to several sketch illustrations of performances of Ringling Bros And Barnum & Bailey Circus.

Calder had admirers who appreciated his ideas. He quickly joined the “hangout” of avant-garde artists, such as Fernand Léger, Marcel Duchamp, Hans Arp, and Piet Mondrian, who had a huge influence on Alexander.
After visiting Mondrian’s studio in October 1930, Calder almost completely changed his view of the painting. Later, he said the following:

“The light was falling both to the left and right, and on the wall between the two windows hung experimental paintings of Mondrian – colored rectangles of cardboard. Even the “Victrola” phonograph was painted red. I told Mondrian that it might have been nice if all these rectangles had moved too. He said very seriously, “It’s not necessary, my paintings are already very fast.”

The idea-fix for Calder was to create abstractions, but not static ones, but moving ones, or at least creating the illusion of movement. That’s when his abstract sculptures, later called “mobile”, came into being.
By the way, the diploma of mechanical engineer proved more than useful – the first “mobiles” were driven by special mechanisms. 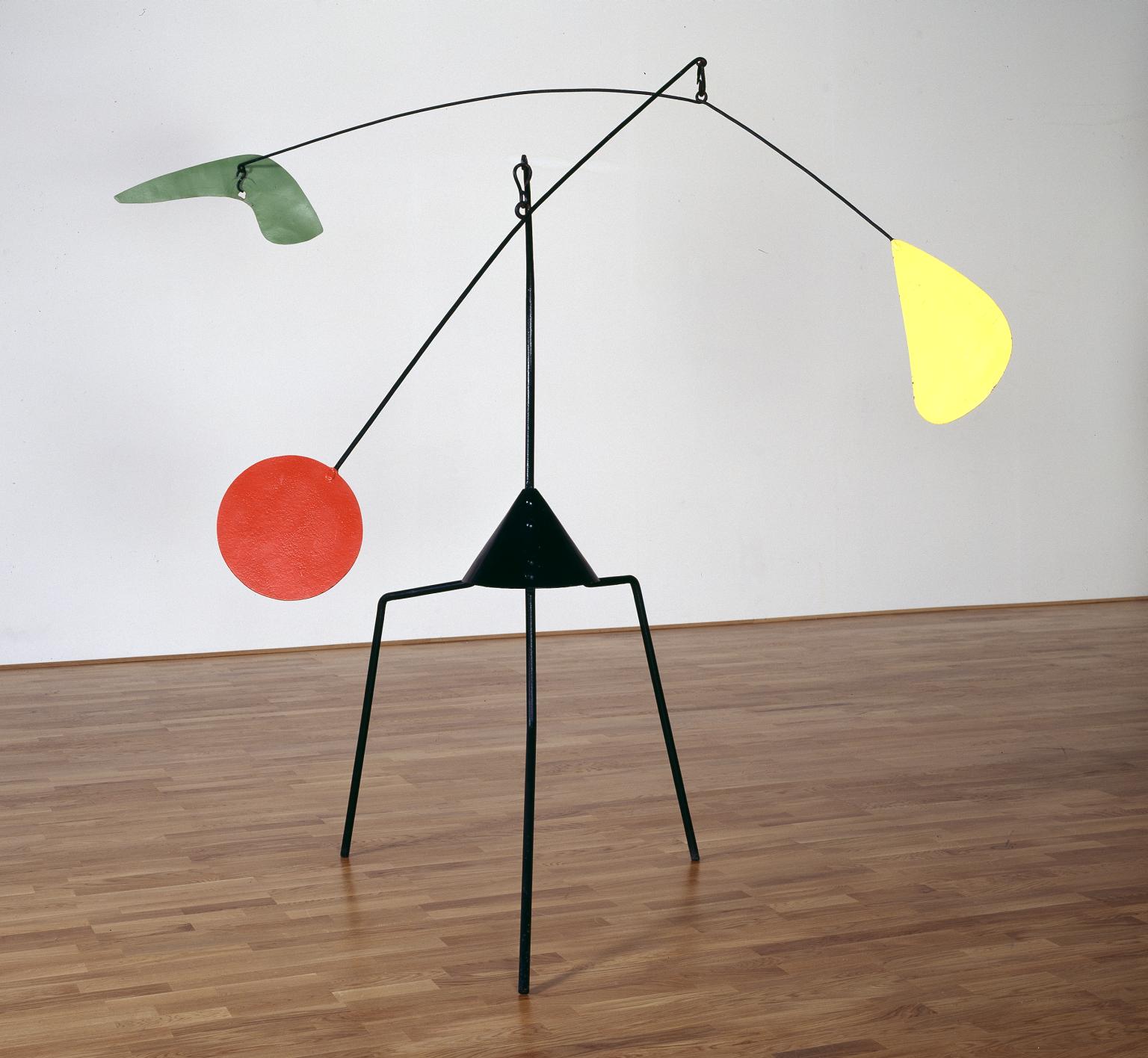 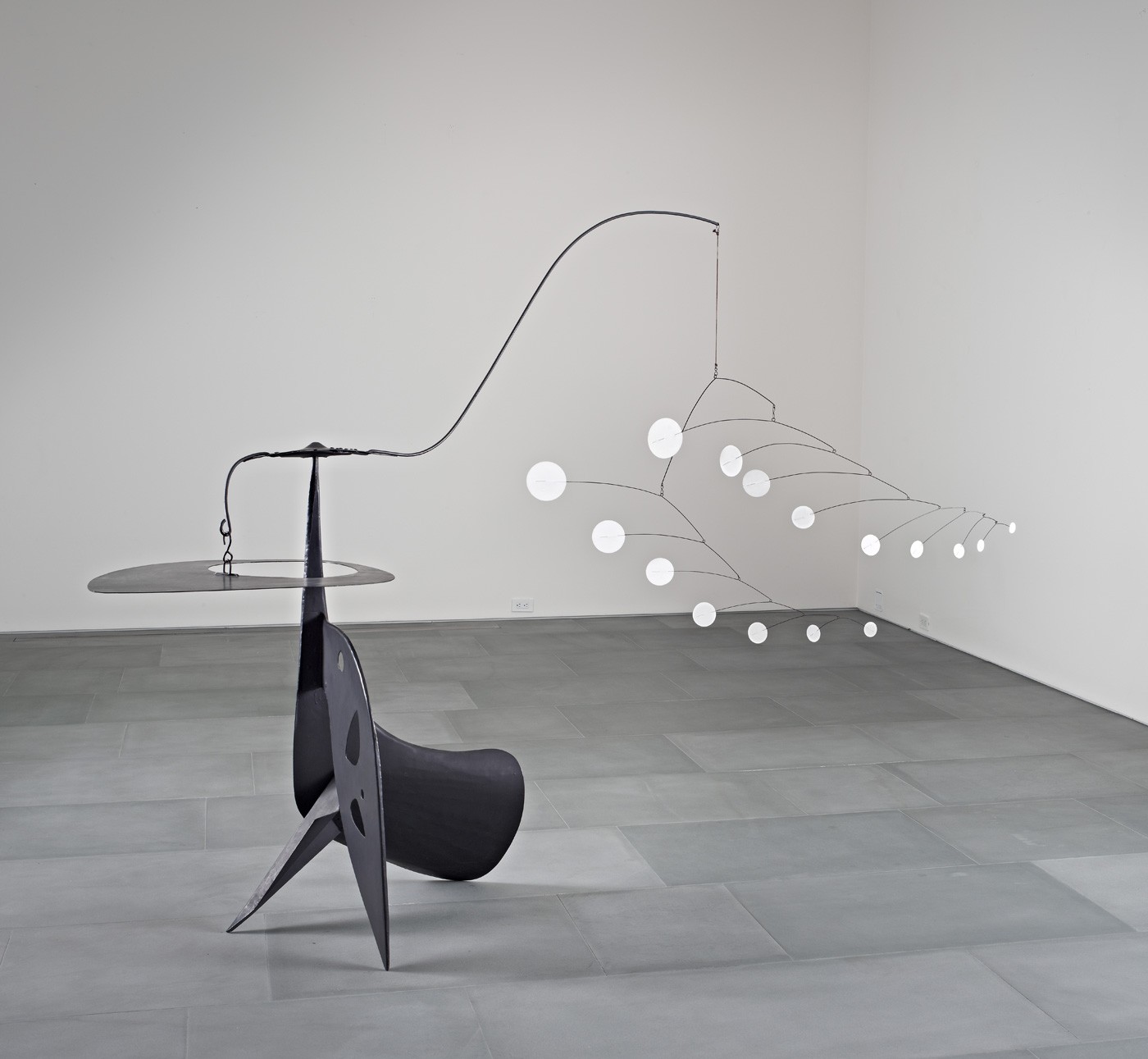 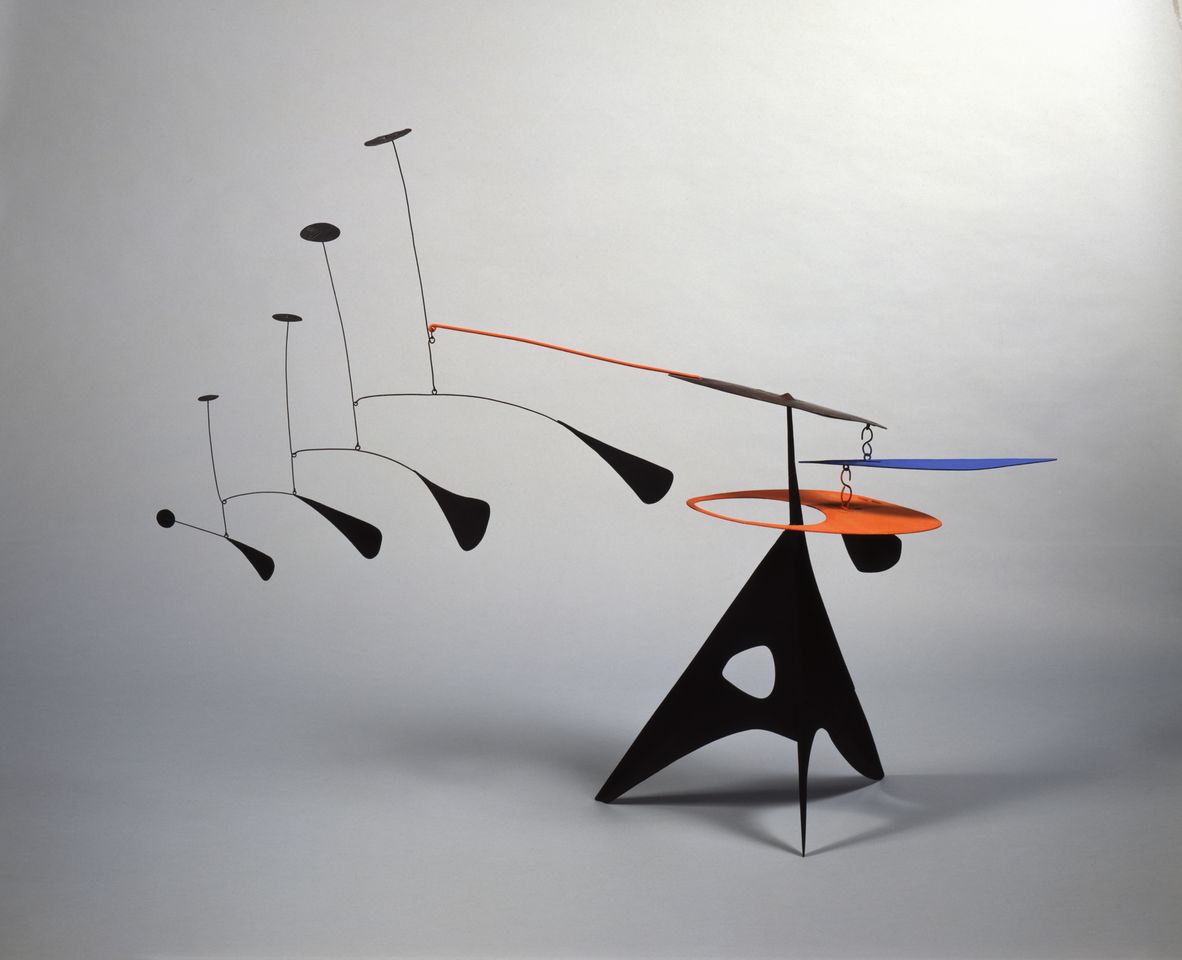 But the master did not stop there, he wanted his work to be light, airy, and more natural. That is why he turned to natural movements, taking as a basis the principles of constructive balance, the ratio of supporting and pendant elements, and accurately calculate the structures of unstable balance.

Creating his exquisitely light creations from colorful plates, Calder made a true breakthrough in art. His sculpture moved with the slightest breeze of wind, creating unforgettable images with the play of color and light, and sometimes even sound. They were, above all, alive.

It is not surprising that the recognition to the artist came quickly enough, and “mobilized” masters soared in many homes in Europe and the United States, giving vivid colors relevant at the time, interiors in the style of functionalism. At the same time working on “mobiles”, Calder developed a new concept of sculpture, through which a person could pass, and if he wanted – even climb on it. Such works were called “stabile”, and they were made of painted metal. Huge in size “stabile” made to order, they can still be seen today in many cities in the United States and Europe.

“Stabiles” were the last of the master’s work, he made them until the last days of his life. The workability of this unique artist was amazing. His creative heritage includes about 22 thousand works: from monumental “stabiles” to painting on airplanes. This is truly the case when a talented person is talented in everything.