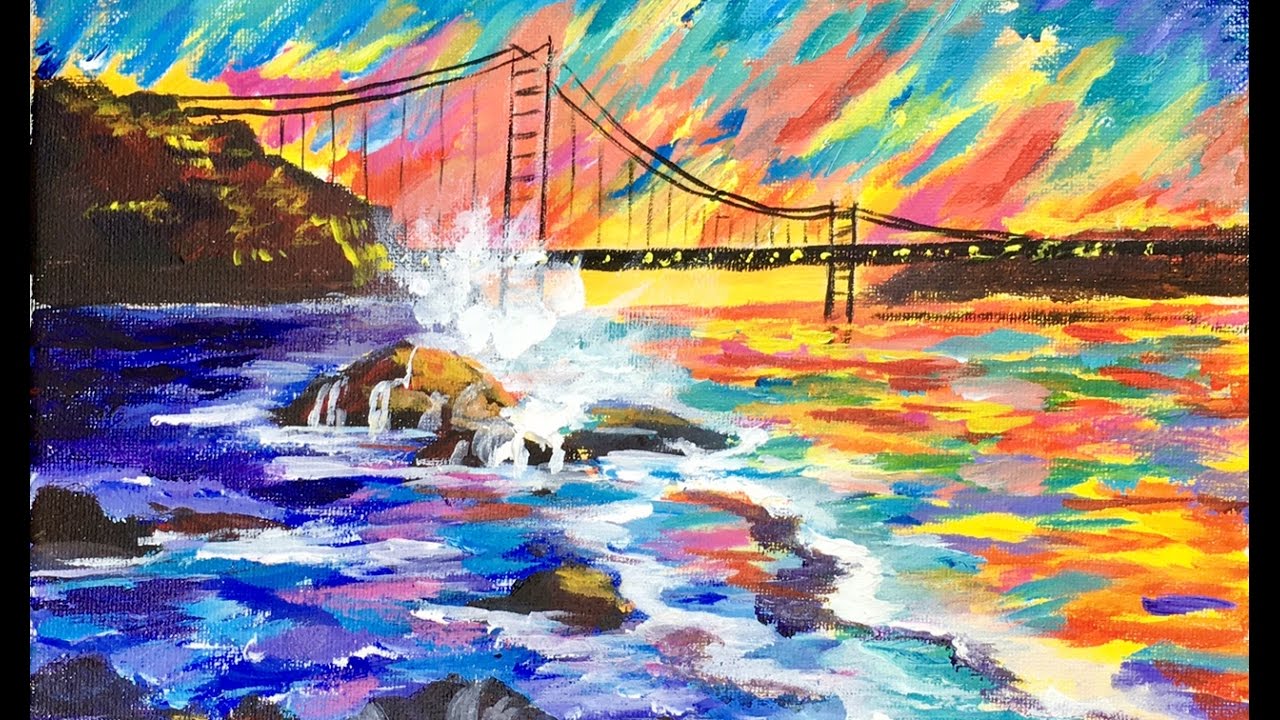 Art lovers from around the world come to Francisco. Connoisseurs of Victorian and modern architecture, museum art, ethnic festivals, and fairs come here. Among all the US attractions, museums, and art galleries in San Francisco deserve special attention. 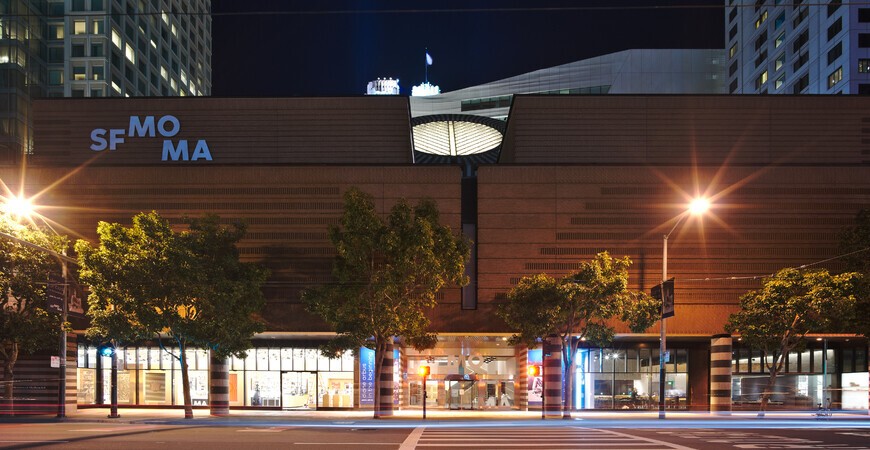 The Museum of Modern Art in San Francisco, better known by the Latin abbreviation SFMOMA, can rightfully be called the main and most visited museum in the city.

In addition to the vast collection of works of art of the 19th and 21st centuries, numbering more than 29,000 works, the museum is notable for its ultra-modern building.  It was designed by the famous Swiss architect Mario Botta.

The futuristic structure of glass and concrete is surrounded by an extensive park, which displays notable sculptures by contemporary American sculptors. The collection of the Museum of Modern Art in San Francisco consists of four sections:

Among the presented masters are Frida Kahlo and Diego Rivera, Paul Klee, Rene Magritte, Henri Matisse, Pablo Picasso, Andy Warhol. And in the media art section, you can get acquainted with installations and the history of interesting Internet projects.

The rich collection of the San Francisco Museum of Modern Art is on display in temporary and permanent exhibitions.

The main exhibitions tell about the artistic trends of the 20th century and introduce visitors to famous works. On the fifth floor, one can see a collection of twisted metal sculptures by Carol Bove and John Chamberlain, as well as works of pop art, minimalism, and figurative art.

It houses paintings by artists from the 1960s to the present. The most valuable of them is Dan Flavin’s light composition Monument to V. Tatlin, abstractions by Sol Levitt Wall Pictures 273 and Roy Lichtenstein Figures and Sunset.

Julie Meretu’s huge abstractions hang by the main staircase of the San Francisco Museum of Modern Art. Going up to the 6th floor, you will enjoy German contemporary art. The following exhibits await the audience:

The collection of American art is located on the 4th floor. Canvases, sculptures, and installations of this exhibition will not leave indifferent any fan of contemporary art. The hall displays paintings by Joanne Mitchell, Ellsworth Kelly, Louis Maurice, Cy Twombly, Brice Marden, Agnes Martin, and others.

On the second floor of the museum, world-famous masterpieces are presented – “Woman in a Hat” by Henri Matisse, “Frida Kahlo and Diego Rivera” by Frida Kahlo, “Keepers of Secrets” by Jackson Pollock, “Number 14” by Mark Rothko, wire sculpture by Ruth Asawa.

In addition to creating exhibitions, the staff of the Museum of Contemporary Art of San Francisco organizes film screenings, parties, creative meetings, and lectures. It is convenient to follow the poster on the official website of the institution. 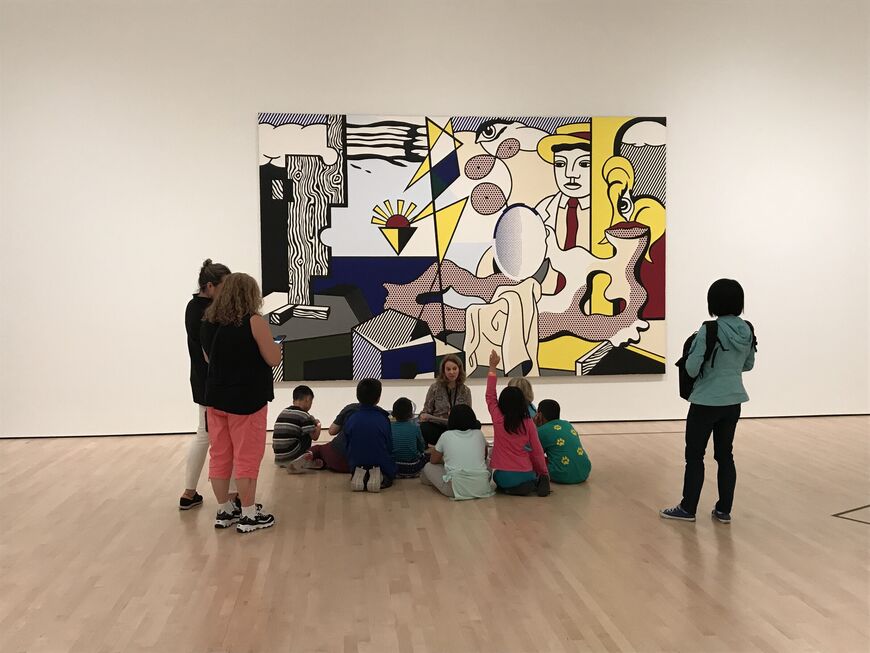 SFMoMA is one of the most outstanding San Francisco museums. And there are often queues for tickets, especially on weekends. Therefore, it is recommended to buy tickets in advance and online. 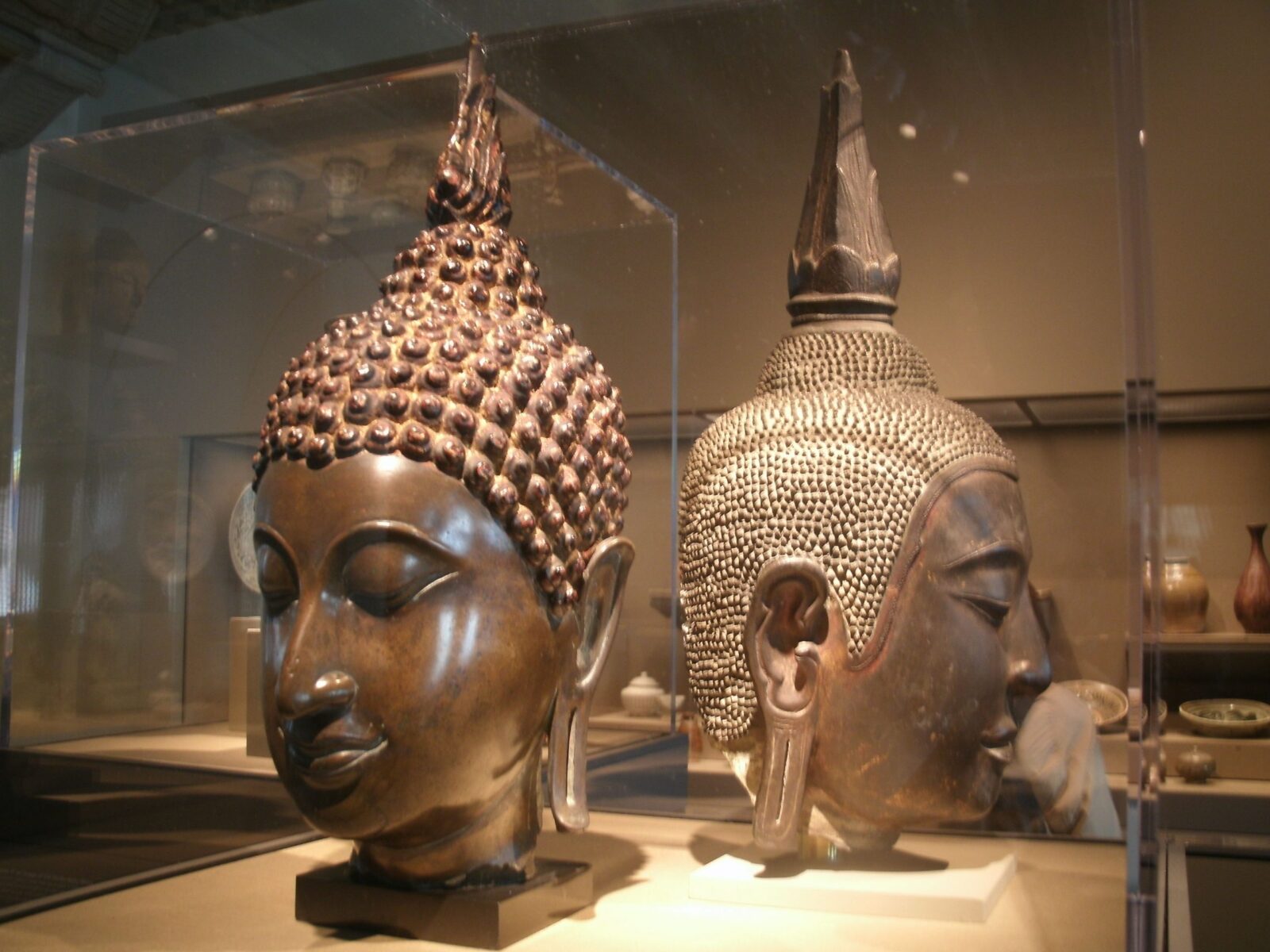 This San Francisco museum is dedicated to the art of Asian countries. It is the largest museum in the New World. Its vast collection includes more than 15 thousand exhibits from India, China, Japan, Indonesia, and other Asian regions of the planet.

The building of the museum is the former Library of San Francisco.It is opposite the city hall and occupies an impressive area of 3700 sq. m.

The Museum of Asian Art houses three floors of fine art objects spanning over 6,000 years of Asian civilization history. Magnificent Indonesian statues, collections of Japanese painting and porcelain, semi-precious stones from the Shah era of India, furniture of Chinese emperors, medieval armor, and samurai equipment are just some of the gems of its vast collection.

The museum owes its origins to the American millionaire, collector, and philanthropist Avery Brundage. He was president of the International Olympic Committee from 1952 to 1972. He donated more than 7,700 items to the museum, including a gilded bronze statue of Buddha from the 4th century. 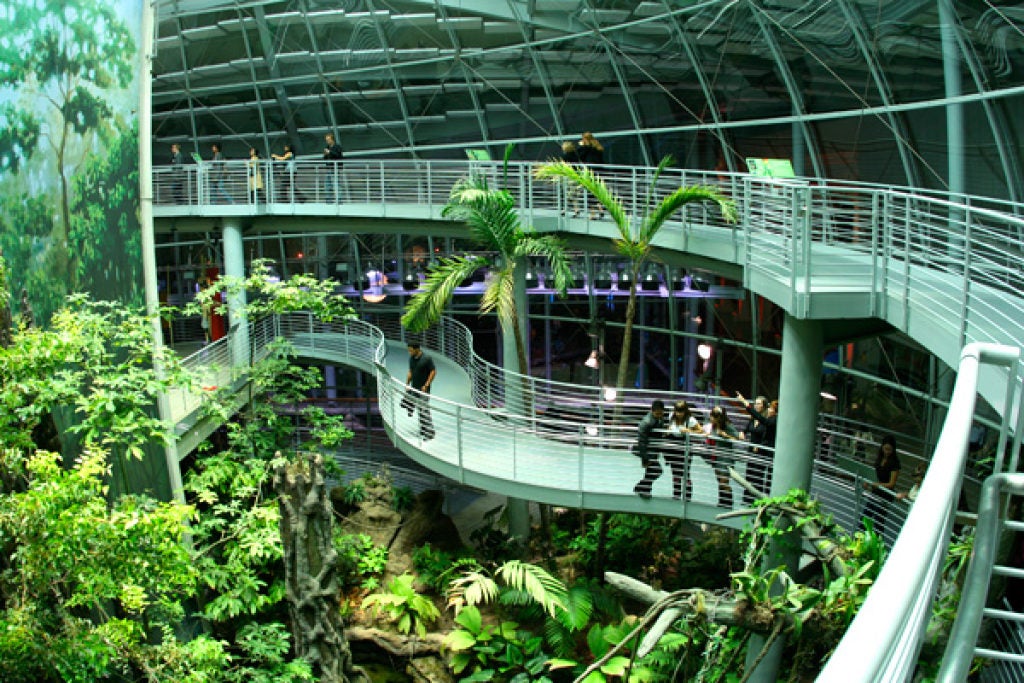 The California Academy of Sciences Museum is considered by many to be the best natural science museum not only in the USA but in the whole world. Covering an area of ​​4000 sq. m, the museum gives the most complete picture of the development of life on planet Earth since its inception and tells about the whole variety of existing ecosystems.

This San Francisco museum is located in the Golden Gate Park next to the bridge of the same name, opposite the de Young Museum.

Its permanent exhibition is divided into several thematic areas.

The paleontological department displays numerous skulls of prehistoric animals, as well as a giant tyrannosaurus skeleton.

In the department of ecosystems, you can go down in a glass tunnel to a perfect imitation of a coral reef inhabited by more than 2,000 underwater inhabitants, and visit a tropical rainforest located under a glass dome with numerous representatives of flora and fauna. The flooded jungle of the Amazon will introduce you to anacondas, piranhas, and other formidable inhabitants of this region.

In the ultra-modern planetarium, you can find out how the Universe looked like immediately after the Big Bang, and look at the current picture of the starry sky. 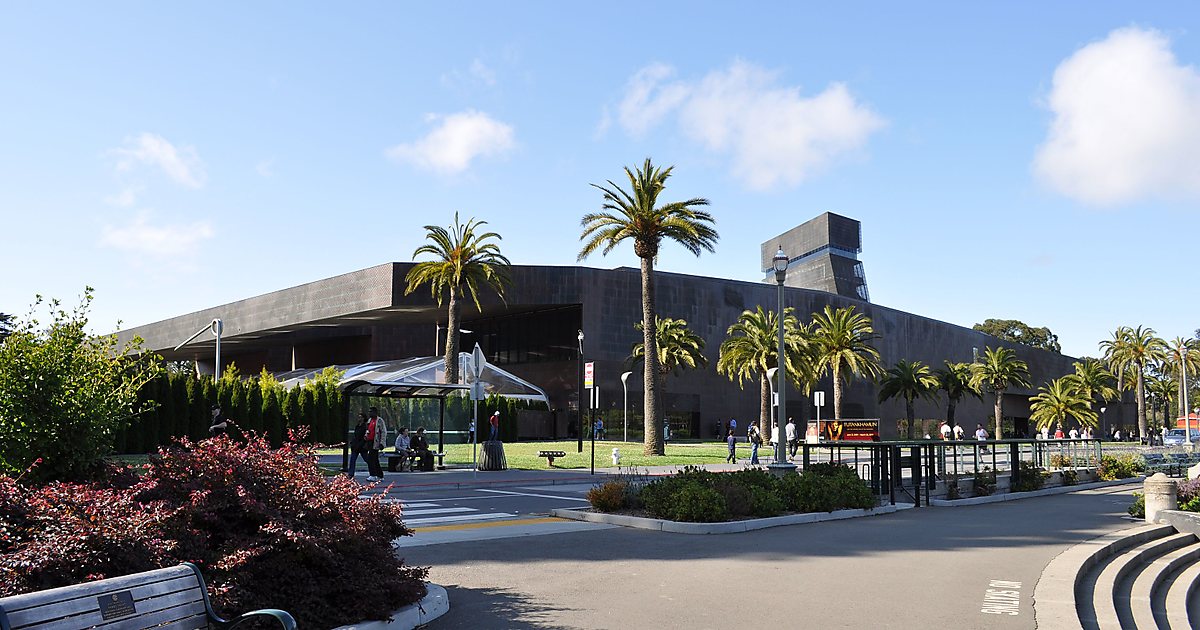 The Michael de Young Museum, which is located in the center of San Francisco, houses an art collection of the 17th – 21st centuries – paintings, national costumes, decorative and applied art from the Americas, the Pacific region, and Africa.

The institution was organized in March 1895 in Golden Gate Park, after the California International Exhibition, where technical innovations, art objects, models of architectural structures, etc. were demonstrated.

With the accumulation of exhibits, the question of expanding the museum arose. American journalist and businessman Michael Henry de Young proposed to build a new building.

Together with architect Louis Christian Mullgardt, they created a large plateresque complex in 1919. Unfortunately, this structure has not survived. In 1949, the ornament had to be removed from the walls, as the salty air destroyed the metal frame, and another 40 years later an earthquake struck, which caused severe damage.

As a result, the museum built by de Young was demolished and a new one was erected in its place. Only palms, sphinxes, and flowerpots at the entrance now remind of the past. The modern museum complex is protected from seismic activity; the structure can move on special bearings.

The de Young Museum has 7 collections.

An additional pleasant bonus – the de Young Museum is located in the Golden Gate Park near the bridge of the same name, so here you can not only get a “dose” of culture but also consolidate the result with a walk in the fresh air.De Young is one of the most popular San Francisco museums. 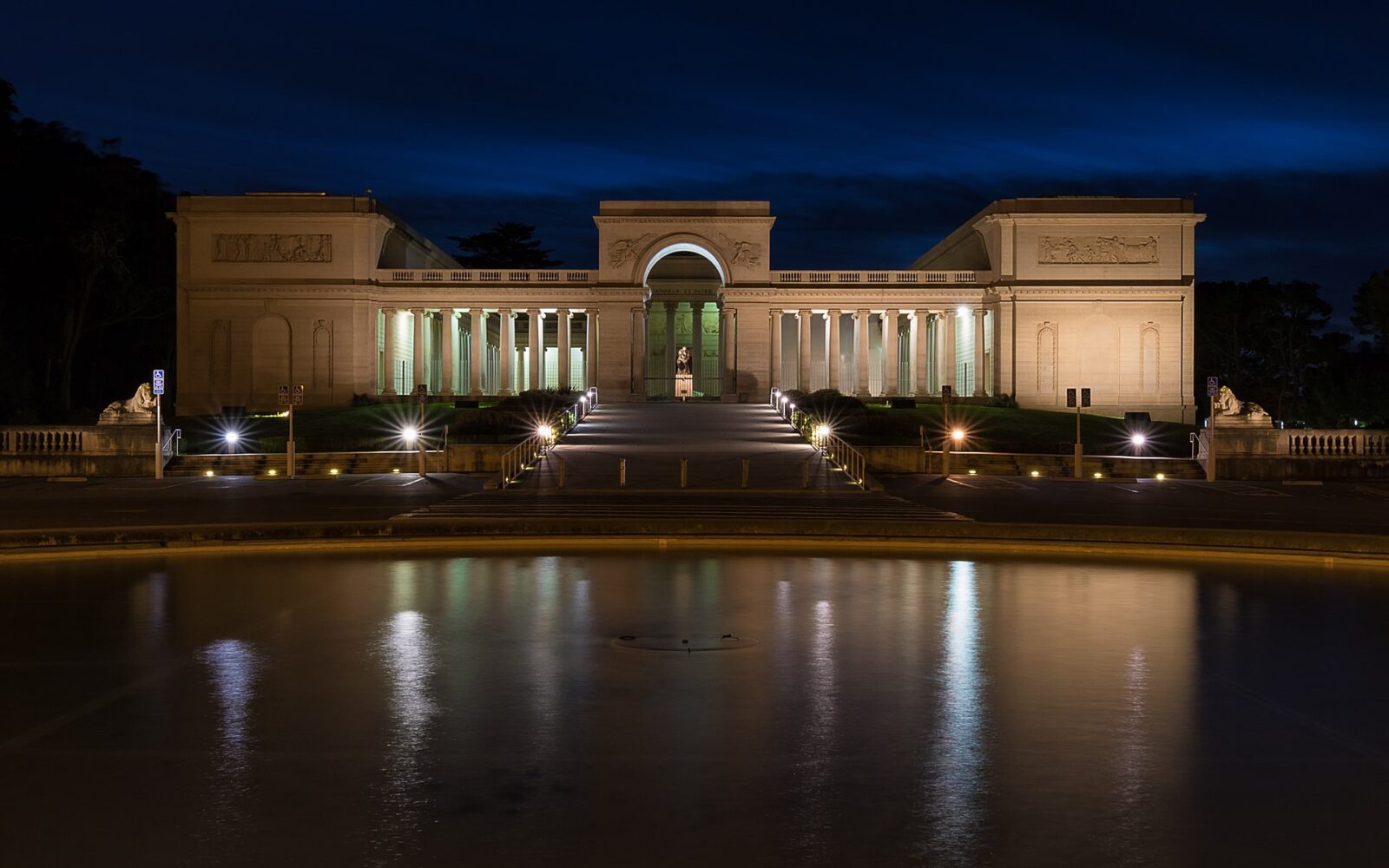 The building, built on the initiative of Alma de Brettville Spreckels, modeled on the Palace of the Legion of Honor in Paris, was to become an island of French culture in California. It houses a collection of works by European masters created over the past eight centuries, including paintings by Rembrandt, Monet, and Rubens, as well as more than 70 sculptures by Rodin. The collection includes graphic works from the Aschenbach Foundation.

The ground floor is occupied by works by European artists. In front of the palace, surrounded by a colonnade, stands a bronze copy of Rodin’s The Thinker (1612). In total, there are 11 copies of this famous sculpture in museums around the world.

Permanent collections include: antiquities from the Middle East, European paintings of the 14th century, prints and drawings, porcelain from England and France of the 18th century, and special exhibitions are regularly held here. In addition to exhibitions, the Palace of the Legion of Honor offers lectures, musical performances, movie screenings, and special events.

This one of the San Francisco museums is housed in a beautiful neoclassical building in Lincoln Park. It offers a view of the Golden Gate Bridge.

Spanning over 4,000 years of art history, its fine collection of European paintings, decorative arts, and sculpture is simply amazing, and visitors will love to explore its beautiful galleries.

Almost all San Francisco museums could easily be included in the category must visit. As they are so interesting and non-trivial. Fine arts aficionados won’t be disappointed with San Francisco galleries and museums.

The first must-see here is the breathtaking Museum of Contemporary Art, whose collections span the last three centuries of painting, sculpture, and decorative arts and include nearly 30,000 exhibits.

Do not be lazy to visit the Museum of Asian Art, even if you are not a fan of the ornate art of the countries of Asia. It occupies the beautiful building of the old city library and is not boring to introduce the different styles of art in Asia from India to Indonesia.

You can get an idea of ​​the art of America in the de Young Museum – there are canvases and sculptures made in the USA, starting from the era of the colonists.

In addition, San Francisco is an open-air art gallery. Street art is taken very seriously here, and no one opposes graffiti decorating schools, restaurants, and even churches. The city has an association of painters that buys out the rights to paint the walls, looks for good painters, restores old street mosaics and murals, conducts art classes for kids, and organizes walking tours for tourists.

Government organizations and ordinary entrepreneurs often ask her to revive the walls of their buildings. A large concentration of graffiti, murals, and mosaics can be found in the Mission District – in particular in Blamey and Clarion Lanes. In addition, there are about 1000 more street artworks scattered throughout the city.

In conclusion, it should be said that San Francisco is an ideal city for art lovers. And no matter what kind of art you prefer. San Francisco’s art galleries and museums will satisfy even the most discerning palate.