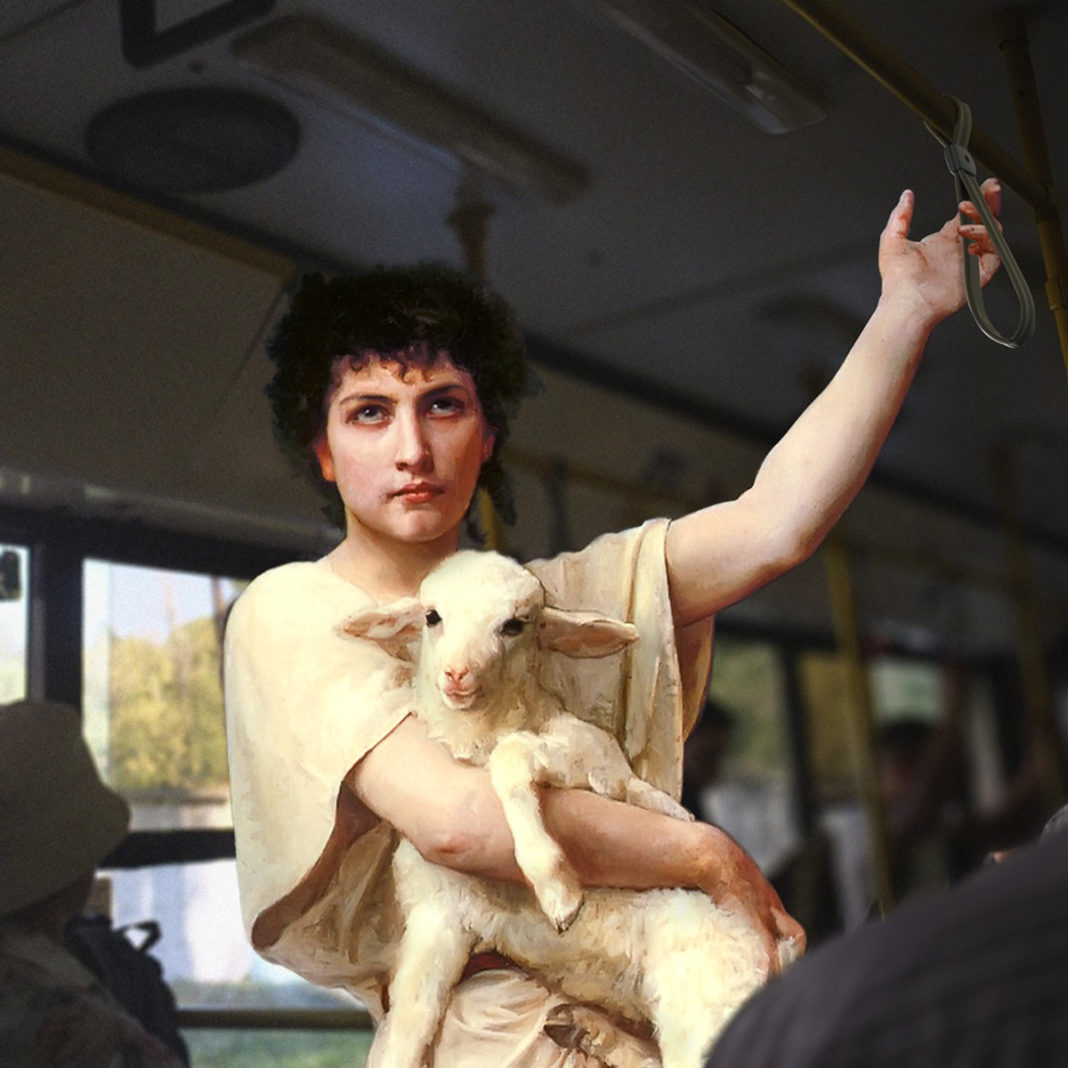 Ukrainian artist Alexey Kondakov lifts figures out of classical paintings and drops them into modern-day photographs. Elegantly posed in dynamic lighting, his figures commute on public transit, dance in nightclubs, and peek around corners in otherwise mundane digital collages. The juxtaposition of the two worlds is humorous and at times seamless in its execution.

Through placement and shadows, Kondakov’s images sell the idea that the classical figures are three-dimensional objects photographed in a three-dimensional world. An image from an upcoming nightlife series depicts a mostly nude woman in a unique pose that, in context, can be read as dancing. Other images from his ongoing “Daily Life of Gods” use architecture and landscapes to ground the painted figures in an alternate reality.