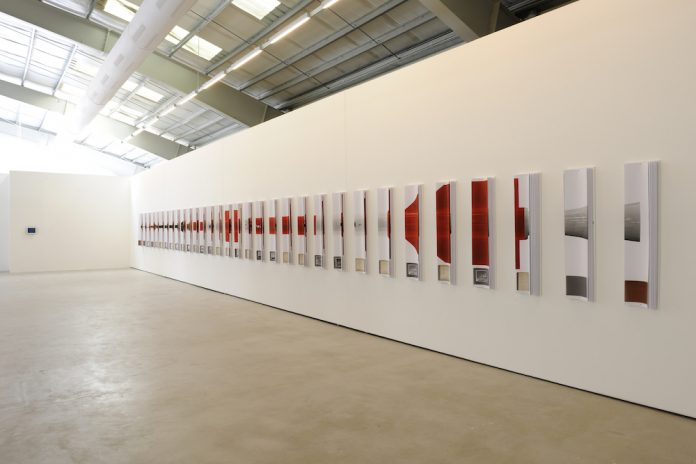 Nowadays it is possible not only to declare yourself but also to receive material confirmation of your talent: every year several prestigious awards are given to young artists in the world. The goal of the “per million” is to open up new names to the public, to identify the latest trends in the modern art process, and, of course, to turn all this into a show!

Awards – that in the world of cinema, that in the field of visual art – are a criterion for evaluation, a kind of distinctive quality mark for the entire art community.

It has long been noticed that the names that were noted at the Venice Biennale will certainly be presented by galleries at the Art Basel fair in June, the most prestigious art fair in the world. Why does it happen so? The logic of this decision is simple: the press has already prepared an excellent sales field and talked about artists in all languages, and collectors are eager to buy authors “with orders” – a certain guarantee of reliability of the purchase and a contribution to its potential liquidity.

Museums are guided by the same logic: to open new names is a beautiful but tedious activity, which does not bring half of the attendance that the exhibition of the just sensational artist. Ideally, museums harmoniously combine in their program group shows of young people, solo exhibitions of just sensationalized (emerging), and roll on a wave of their popularity, complementing the retrospective of honored artists. The balance in each particular case depends on the curator-director, museum history, and orientation.

This ecosystem is stable and provides a very subjective art market with at least some kind of objectivity – the more independent experts are involved in the system, such as judges, expert councils, curators, that is, people who do not receive financial benefits from the success of a particular artist, the better for the whole system.

The French answer to the Foggy Albion is the annual Marcel Duchamp Prize. Yes, yes, the name of the very character of a bohemian party of the XX century, who first introduced the concept of ready-made: he began to build household objects to the rank of art objects. It is Duchannes who owns the phrase: “I threw a shelf with a urinal in their face, and now they admire their aesthetic perfection”. Representatives of the current generation have a chance to get 35 thousand euros for innovation and a chance to organize an exhibition in the Centre Georges-Pompidou. The prize has been in existence for 13 years. The results are summarized in October by experts represented by the president of the Association for the Promotion of French Art (ADIAF), as well as museum directors, collectors and artists. Unlike the Turner Prize, the Duchamp Awards are somehow less kitsch and less spectacular.

a French artist or an artist living in France

one of the 4-5 finalists selected by the collectors will be named the winner by a jury of curators, critics, and collectors. 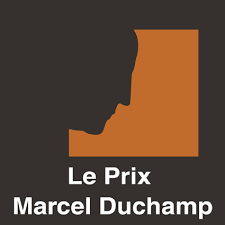 The Marcel Duchamp Prize is an annual prize in the field of contemporary art, awarded by the Association for the Advancement of French Art (ADIAF). Citizens and residents of France may apply for the prize. The prize is named after the artist Marcel Duchamp. The winner receives 35,000 euros in person and up to 30,000 euros for a personal exhibition at the Museum of Modern Art (Centre Georges Pompidou).

The Marcel Duchannes Prize has been awarded since 2001 (the first winner is Thomas Hirschhorn). The official website of ADIAF defines the task of the award as “honoring an artist (French citizen or resident) who expresses the aspirations of his or her generation and works in the field of fine and visual arts (plastic and visual arts)”. The Prize also aims to “unite the most innovative artists of France of their generation and to encourage all new artistic forms”.

Since its creation, the prize has been supported by the French National Museum of Modern Art “Centre Pompidou”, which also hosts the exhibitions of the winners of this award. In addition, although the winner is officially guaranteed only an exhibition at the Centre Pompidou, ADIAF seeks to promote French contemporary art in general, and to this end, each year exhibitions of the winners and nominees of the award are held in various regional museums in France, as well as in other countries. 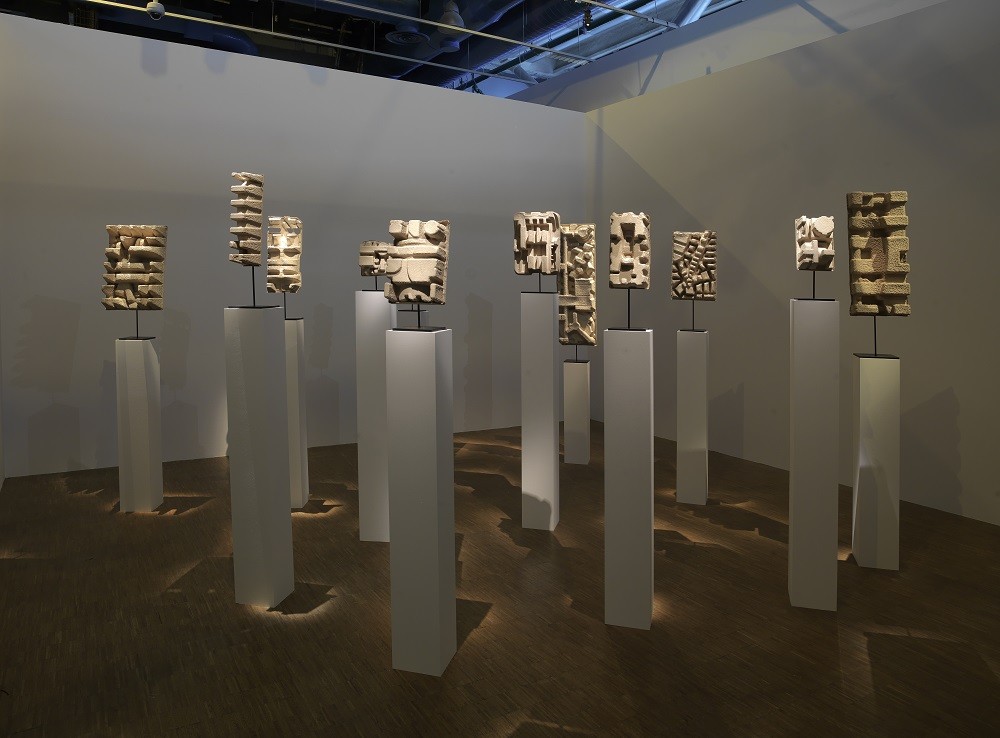 The prestige of the Pompidou Center alone is enough to convince the prize, and with the FIAC fair, the Association of Collectors, the independent jury, and the subsequent personal exhibition for the winner at the Pompidou Center, the importance of the prize becomes simply clouded. 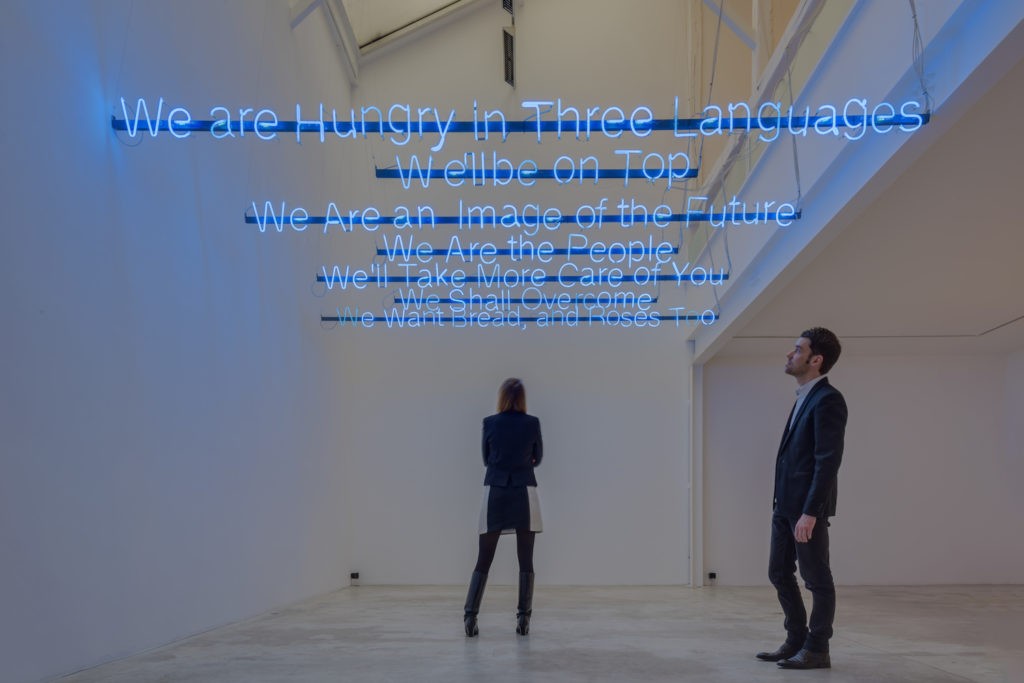 The Frenchwoman Camille Henro was so fond of the Parisians that in 2017 Palais de Tokyo awarded the artist a personal exhibition in a “carte blanche” mode – create and exhibit anything for the issued budget. Given the schedule of museums, which is planned for several years ahead, this is a worthy invitation. By the way, in 2021 Latifah Ashaksh was invited to represent Switzerland at the Venice Biennale.

Prix Marcel Duchamp, Marcel Duchamp Award – national award with an international scope. Established 18 years ago, it is awarded every year to an artist working in France. This is the aim of the organizer, the Association for the International Dissemination of French Art (ADIAF). The task of bringing national art into international space is considered very important here, the French are afraid to even of the shadow of provincialism. This is why, for example, among the foundations and organizations that support the prize, such important institutions as the auction house Artcurial, Fondation d’entreprise Hermès or one of the three whales of the French banking system Société Générale.

The seven members of the international jury of the Marcel Duchamp Award are collectors, directors of art museums, and art support funds.

Nominees and laureates of the Marseille Duchannes Prize: 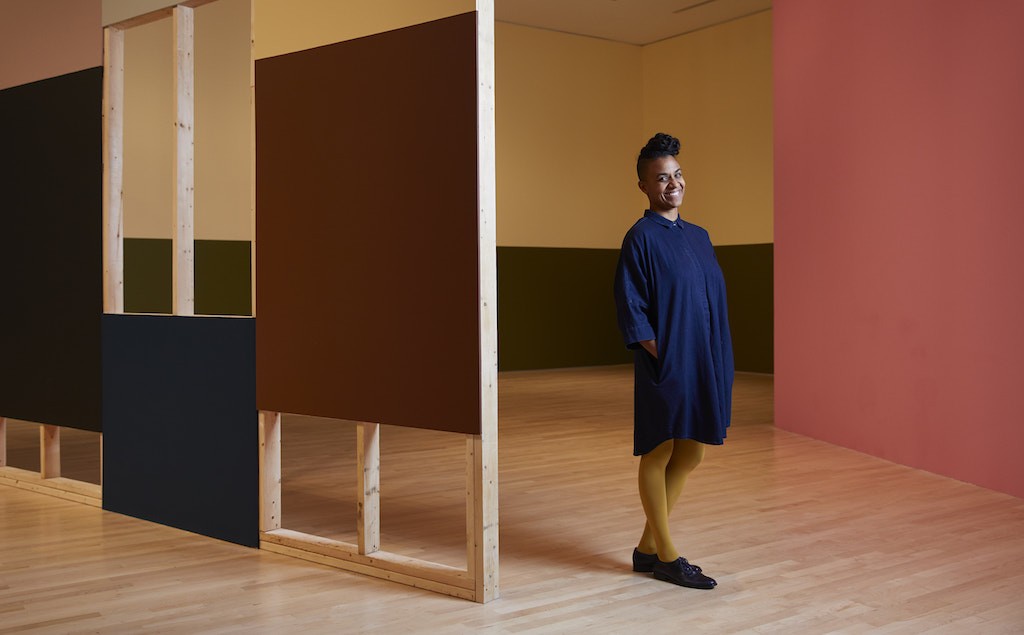 The Canadian-French artist Kapwani Kiwanga has won the 20th Marcel Duchamp Award, the most important French award in the field of contemporary art.

Kapwani Kiwang studied anthropology at McGill University in Montreal and art history at the Ecole Nationale Supérieure des Beaux-Arts in Paris. She works in a variety of genres, from photography and video to sculpture, installation, and performance. Many of her works are dedicated to immigration and the deconstruction of geopolitical events, most often related to the colonization of Africa. 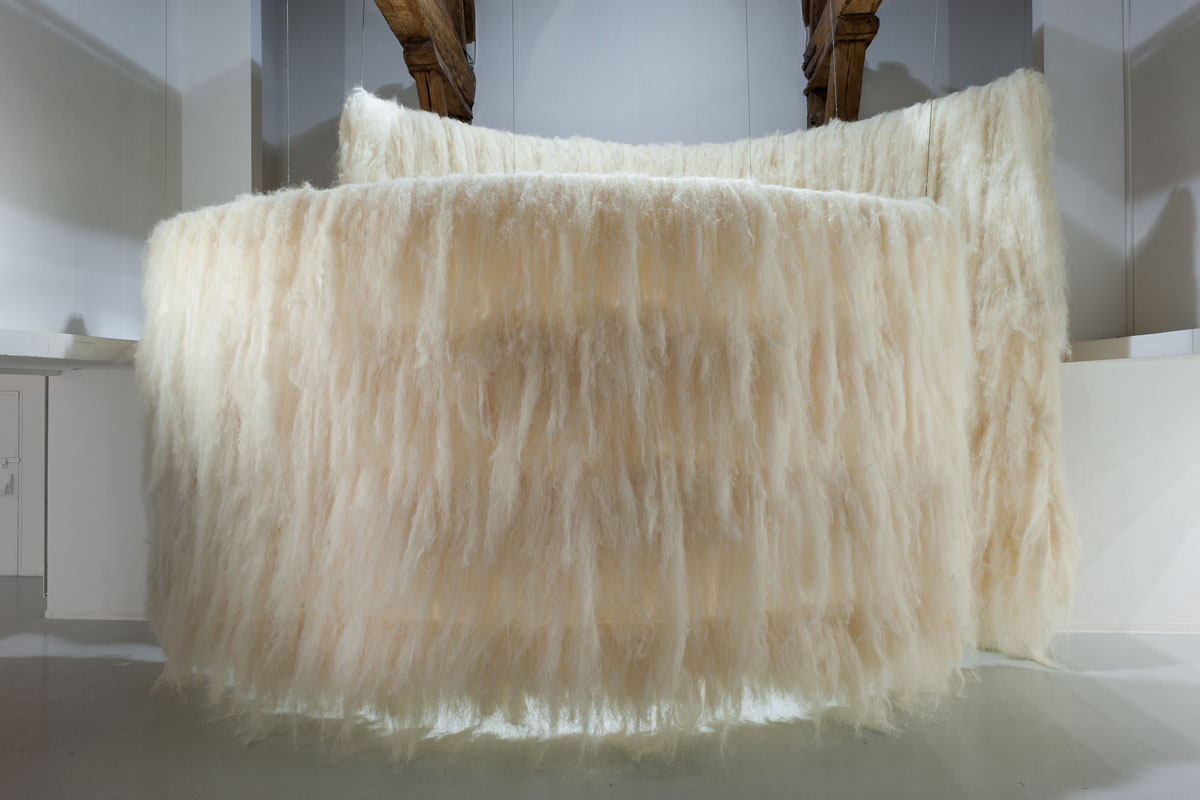 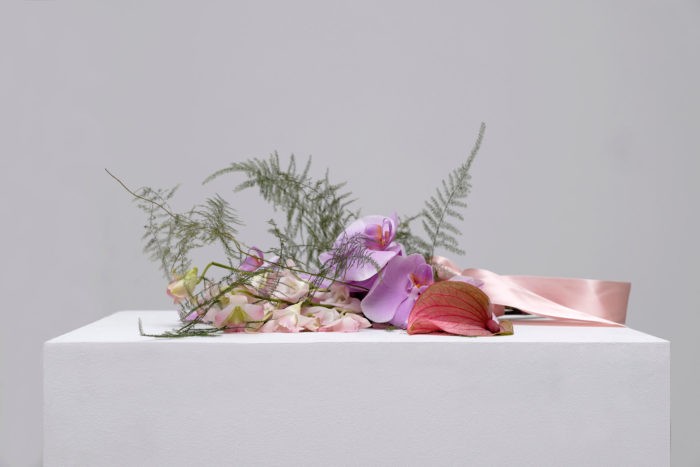 The artist received the Marcel Duchamp Award, with a cash prize of €35000, for her installation Flowers for Africa. The work consists of 13 flower compositions mounted on white pedestals and is based on archival images of flowers at the most important diplomatic events and ceremonies dedicated to the independence of various African countries.

Kiwanga’s Flowers for Africa project started back in 2013 when she lived in Dakar. At that time, she recreated the bouquets that appeared in the photographs from the independence ceremony of Senegal in 1960. Since then, the artist has created 54 different flower arrangements, one for each independent African country. According to her design, the flowers that fade during the exhibition focus not on monuments and important dates, but on the need to think about the importance of history. 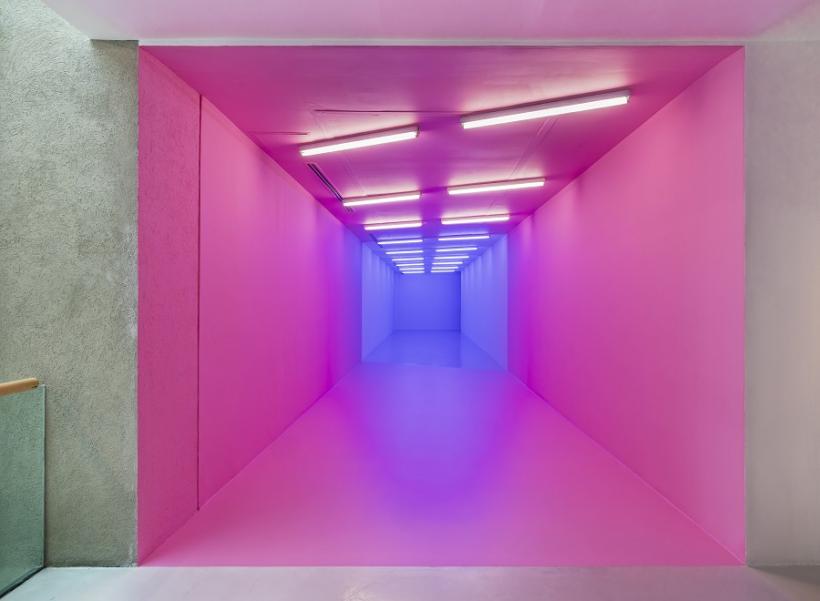 Previously, Kapwani Kiwanga was the recipient of Canada’s main contemporary art award, the Sobey Art Award, and the Frieze Artist Award. Her works have been exhibited at the List Visual Arts Center of the Massachusetts Institute of Technology, the Hummer Museum in Los Angeles, the Esker Foundation Galleries in Calgary, and Serpentine in London, the Pompidou Center in Paris, and the Museum of Modern Art in Barcelona.

The Marcel Duchamp Award, established in 2000 by the Association for the Advancement of French Art (ADIAF) with the participation of the Pompidou Center, is considered an equivalent of the British Turner Prize. The exhibition at the Pompidou Center in Paris, which will present the works of Kapwani Kivangi and the finalists of the 2020 competition – Chilean Enrique Ramirez, British Alice Anderson, and Moroccan Hisham Berrada – will last until January 4, 2021. Also, the works of all previous laureates will take part in it. 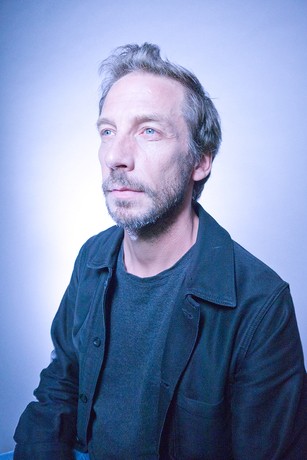 Eric Baudelaire was awarded the Marcel Duchamp Award, the largest art prize in France. Established by the Centre Pompidou and the Association for the Dissemination of French Art, the annual prize is awarded to an artist working in France, its monetary equivalent is € 35 thousand. Among other nominees for this year’s Duchamp Award were the duo Ida Tursik and Wilfred Mill, Katinka Bock and Marguerite Humeau. Eric Baudelaire was the second director to be awarded the Duchamp Awards: the first was last year’s winner Clement Kozhitor. Baudelaire was born in 1973 in Salt Lake City (USA), but lives and works in Paris. He is known for his experimental essay-like approach to making documentaries, which are shown both at film festivals and art galleries. According to Baudelaire, he does not distinguish between experimental film, video art, narrative, and documentary. In 2017, Baudelaire’s film Also known as Jihadi was screened at the Centre Pompidou as part of the Après (“After”) project on the consequences of the terrorist attacks in Paris in 2015. 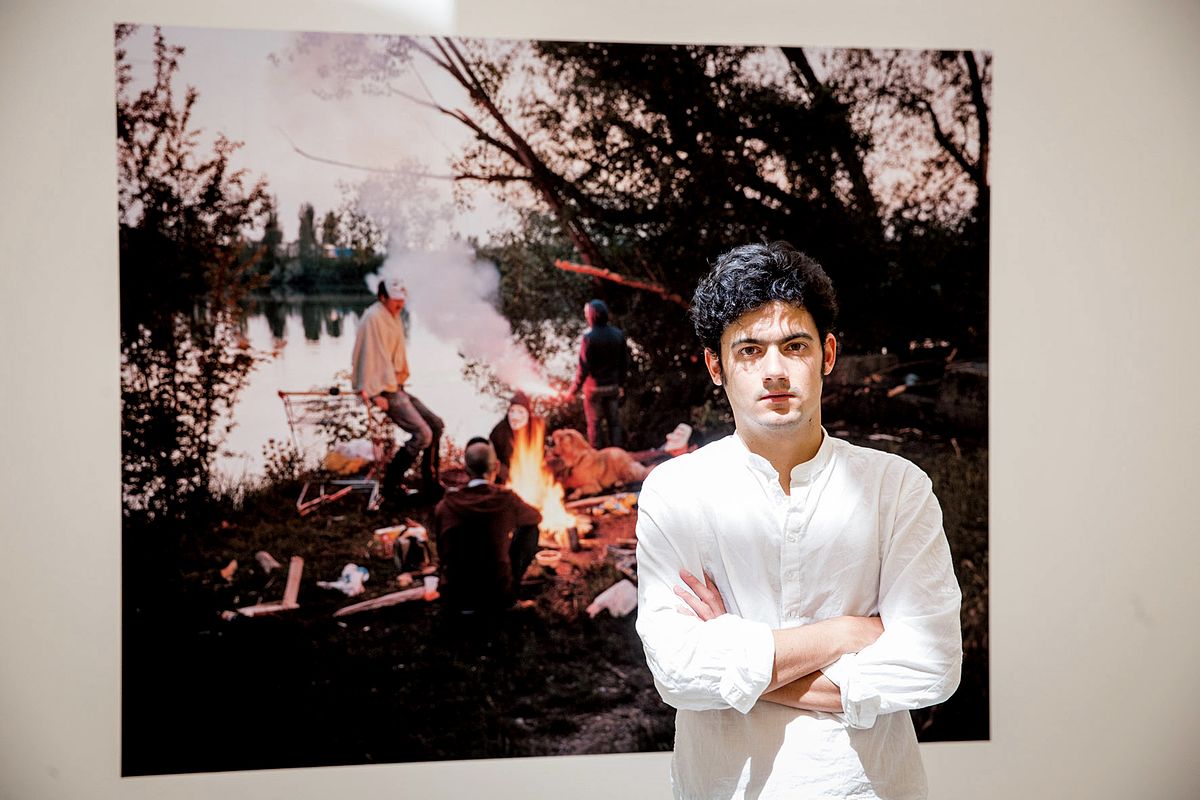 Contest 2018 won the author of the video “The Evil Eye” (b. 1983) Clement Cogitore – the youngest of the participants, but almost the most famous. His tapes were selected by Cannes and Locarno. He managed to make a full-length film “Neither in Heaven nor on Earth” (2015) and many short films, including on Russian material: “Belutin” (2011), dedicated to the artist Elijah Beljutin, and “Bragino” (2017) about the life of two Old Believers’ families in the Siberian taiga. 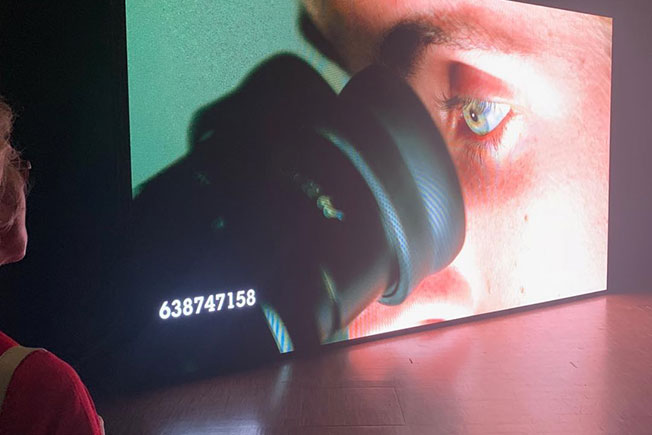 “The Evil Eye” looks like a glamorous version of the movie crash, made up of fragments. Clement Cogitore reminded about the effect described by the director Lev Kuleshov in 1929 when the neighboring frames radically change the perception of each other.