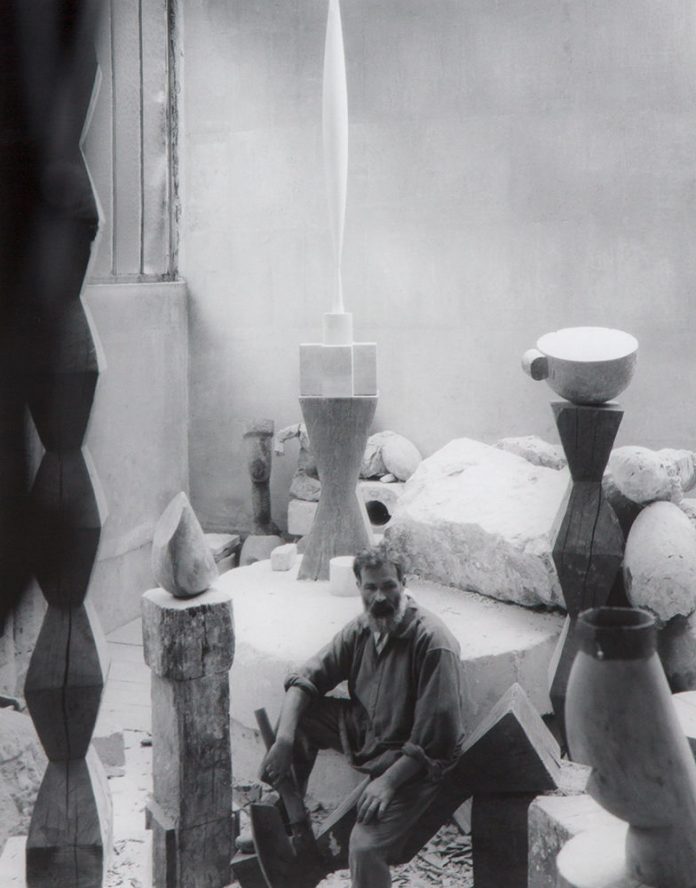 Contemporary art is discussed, admired, glorified, and sometimes condemned for various reasons, but there is one defining quality that usually stands out as a point of passion or discord: it does not look like anything “real”.

And this is true – a lot of twentieth-century contemporary art does not bear absolutely physical similarity with its subjects. But, according to the sculptor Konstantin Brancusi, the concept of “being real” is much more than nature. This idea was central to the artist’s work. This is what made him a rather controversial master in his time, which in the future played a decisive role in the evolution of sculpture.

Constantine Brancusi was born in 1876 in Romania. Throughout his life, the master held the position of an outsider – from sandals to hairstyles and folk music, which he listened to. And the sculptor’s works did not match the style of his Western predecessors. He broke with the academic tradition and helped to form the principles of radically reductive and non-representative modernism, which today are both celebrated and despised.

During the Brancusian period, traditional art criticism determined a physical resemblance to life. He unleashed the convention, creating unexpected figures that almost comically challenged real forms. Works such as “Bird in Space” (1923) and “Princess X” (1916) are unlikely to resemble any bird or princess you have ever seen. But, according to Brancusi:

“THE REAL THING IS NOT THE EXTERNAL FORM, BUT THE ESSENCE OF THESE THINGS”

Today Brancusi is one of the most famous sculptors of the XX century. Last year Christie’s sold La Jeune Fille Sophistiquée (Portrait of Nancy Cunard) (1928/1932) for a record $71 million. His works are in the Pompidou Center, the Tate Modern, and the Metropolitan Museum of Art.

But the audience did not always understand Brancusi’s approach to sculpture. In 1920, the organizers of the Salon de l’Indépendance in Paris forced Brancusi to remove his sculpture “Princess X” because it was frankly phallic. And in 1927, the customs officer officially refused to recognize the “Bird in Space” as a work of art and instead tried to impose a 40% customs duty, usually applied to things such as kitchenware. Under U.S. tax law, sculptures were defined as “reproductions of carving or casting, imitation of natural objects, mostly human form. Brancusi continued a formal legal complaint that forced the court and the public to reconsider their definition of art.

The world was not prepared for his work, because for the last few hundred years it did not look like a sculpture. Artists like Michelangelo, who amazed the world with his technical skills, trying to recreate the human form as closely as possible.

“I SAW AN ANGEL IN MARBLE,” MICHELANGELO REMARKED, “AND I CUT THE STONE UNTIL I SET IT FREE”

The Brancusi sculptures were less angelic and perhaps less impressive because they did not boast the same technical chops. But it wasn’t because Brancusi didn’t have the skills. At the beginning of his career, the artist was praised for his portrayal of human anatomy.

The artist’s decision to create non-representative sculptures was a deliberate and bold artistic choice. And unlike many other sculptors before him, Brancusi did not rely on sketching. He shaped each sculpture individually with his own hands and tools, which means that even works with the same name or exploring the same motif are unique.

“THE THING THAT PRETENDS TO REPRODUCE NATURE WOULD ONLY BE A COPY, AND I’M TRYING TO GET A SPIRITUAL EFFECT,” SAID BRANCUSHI”

When Judge J. Waite ruled whether “Bird in Space” was really “art,” he wrote:

“THERE IS A SO-CALLED NEW ART SCHOOL DEVELOPING THERE, WHOSE EXHIBITORS TRY TO DEPICT ABSTRACT IDEAS RATHER THAN ORDINARY NATURAL OBJECTS. REGARDLESS OF WHETHER WE SYMPATHIZE WITH THESE NEW IDEAS OR NOT, WE BELIEVE IT IS NECESSARY TO TAKE INTO ACCOUNT THE FACTS OF THE EXISTENCE OF THESE OBJECTS AND THEIR IMPACT ON THE WORLDS OF ART RECOGNIZED BY THE COURTS”.