Home Art Hundreds of Photos of the New York Sky Pinned to a Massive,... 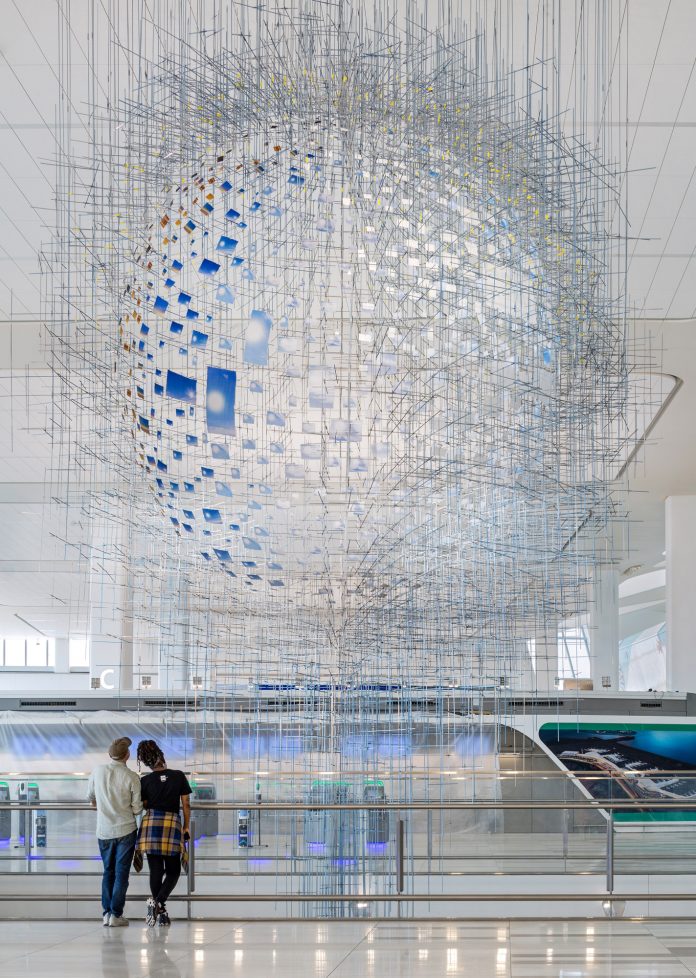 Artist Sarah Sze explores the myriad conceptions of time and space through a tremendous, new spherical sculpture. Titled “Shorter than the Day” —a reference to Emily Dickinson’s poem “Because I could not stop for Death,” which considers the comfort found in life’s finality—Sze’s piece weighs five tons and was unveiled Thursday at LaGuardia Airport. It is suspended above an atrium in Terminal B.

The New York-based artist captures the magnitude of the upper atmosphere as it changes from bright blue morning to a vibrant sunset to the rich hues of the night through nearly 1,000 photographs of the sky. Each printed image is fastened to the aluminum and steel with alligator clips and is revealed as viewers move around the massive work, just like the earth circles the sun to mark a day.

Along with three other projects from artists Jeppe Hein, Laura Owens, Sabine Hornig, “Shorter than the Day” was commissioned by LaGuardia Gateway Partners and Public Art Fund. To find out more about Sze, whose work involves countless individual objects positioned in precise arrangements, watch her TED Talk and visit her site. (via ArtNet)