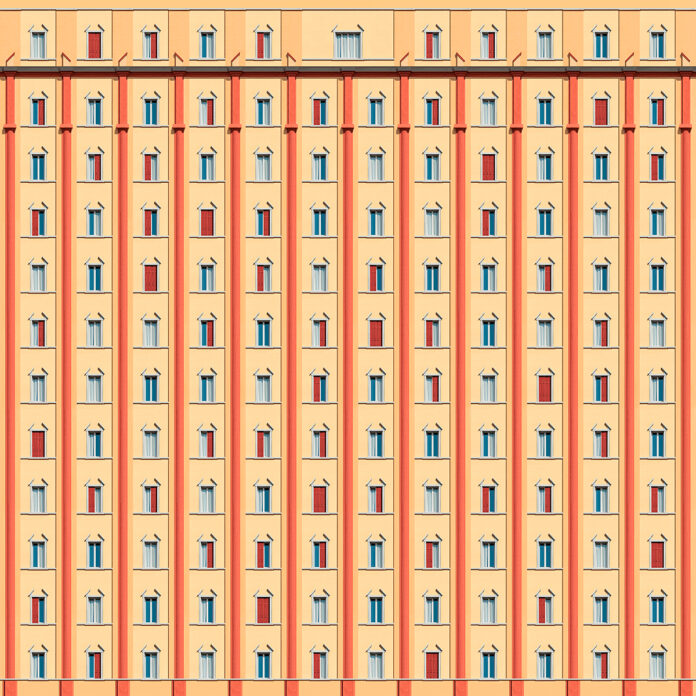 Lorenzo Linthout was born in 1974 in Verona, his hometown. He began to photograph at the age of sixteen; at the age of twenty-four, he graduated from the Faculty of Architecture “Biagio Rossetti” at the University of Ferrara (Italy). In recent years, he has exhibited, both personally and collectively, at more than a hundred exhibitions in Italy, France, Switzerland, Poland, England, Luxembourg, Germany, Hungary, Montenegro, Slovenia, Croatia and Albania. In February 2016, he published the first book “Architectural Visions”, in August 2017 the second “Silent Cities”, in October 2019, the third “Abandoned places” and in May 2020 the fourth “Vertical Buildings”.

“Twelve by twelve” is a series of photographs taken on the facades of real existing buildings.Each facade is composed of twelve columns and twelve rows of windows.

After a long research of classical style buildings, I have extrapolated the most important architectural elements, remaining faithful to the original essential characteristics of the building.
www.linthout.it