Home Art Love through the artists` eyes: 8 kisses in art 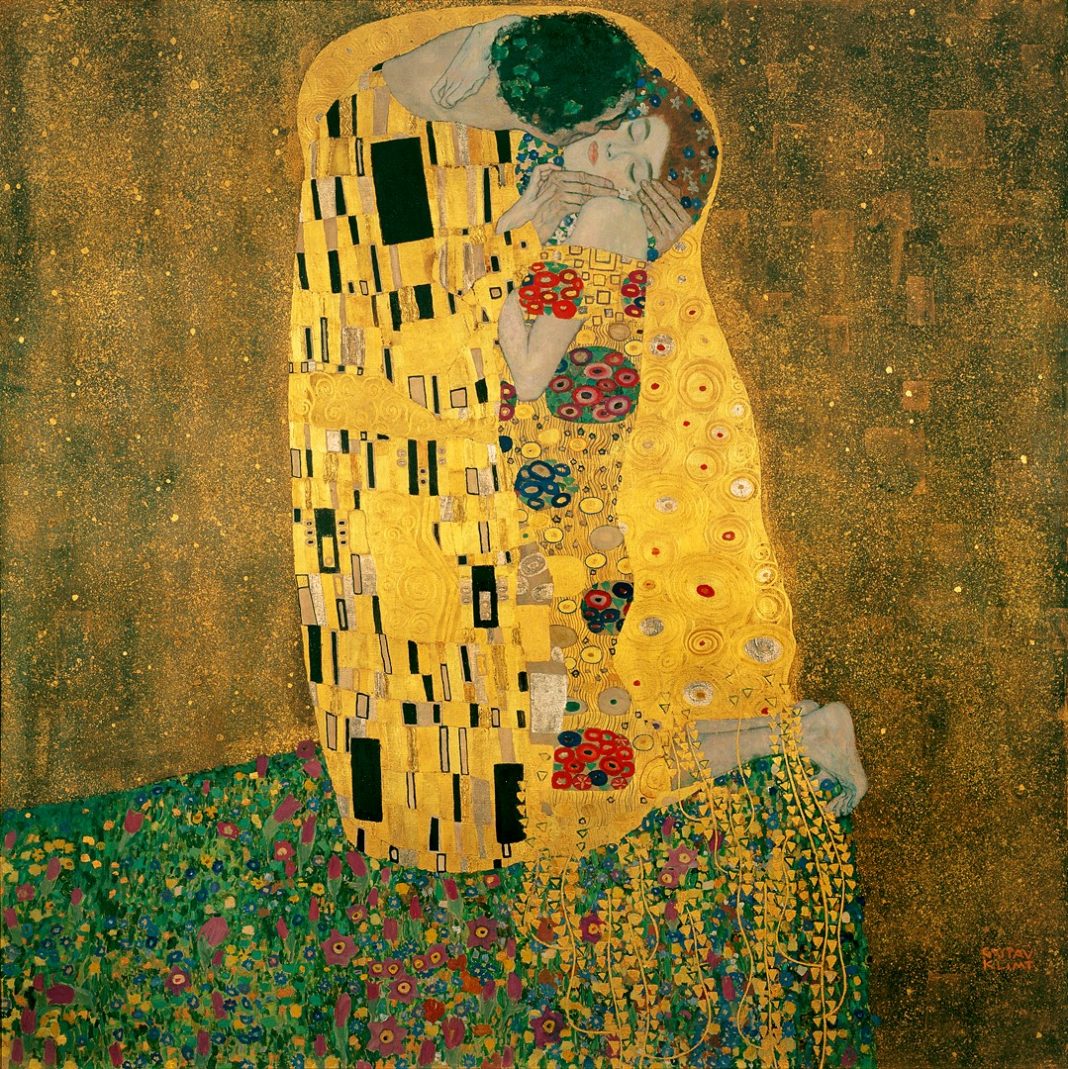 In honor of World Kissing Day, which was celebrated on July 6, we recall the most romantic of them, immortalized in world art. 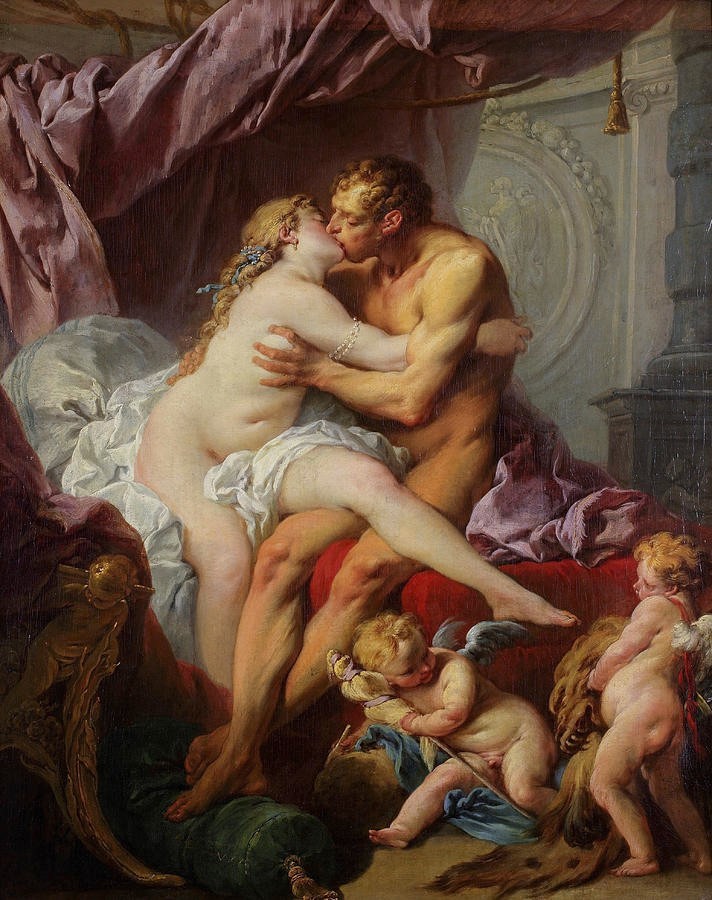 Boucher was the court painter of Louis XV, the favorite of Madame Pompadour and one of the most prominent representatives of the Rococo. The subject for the canvas “Hercules and Omphale” is taken from the ancient Greek series of myths about Hercules. The gods sent him to serve the Lydian queen Omphale, who continually came up with humiliating trials for the hero. Boucher turned the hero’s hatred into the passion, depicting the fairly frank scene of Omphale’s seduction. 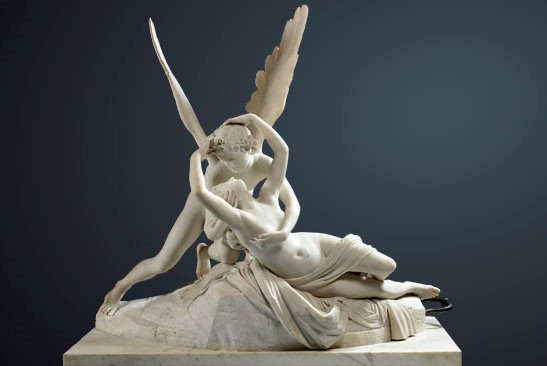 The Venetian sculptor Antonio Canova created two versions of the sculpture Cupid and Psyche. The subject is the work of an ancient Greek writer Apuleius. Psyche plunges into a deep sleep, opening a vessel of beauty, brought from the kingdom of the dead. Cupid descends to earth to revive his beloved. 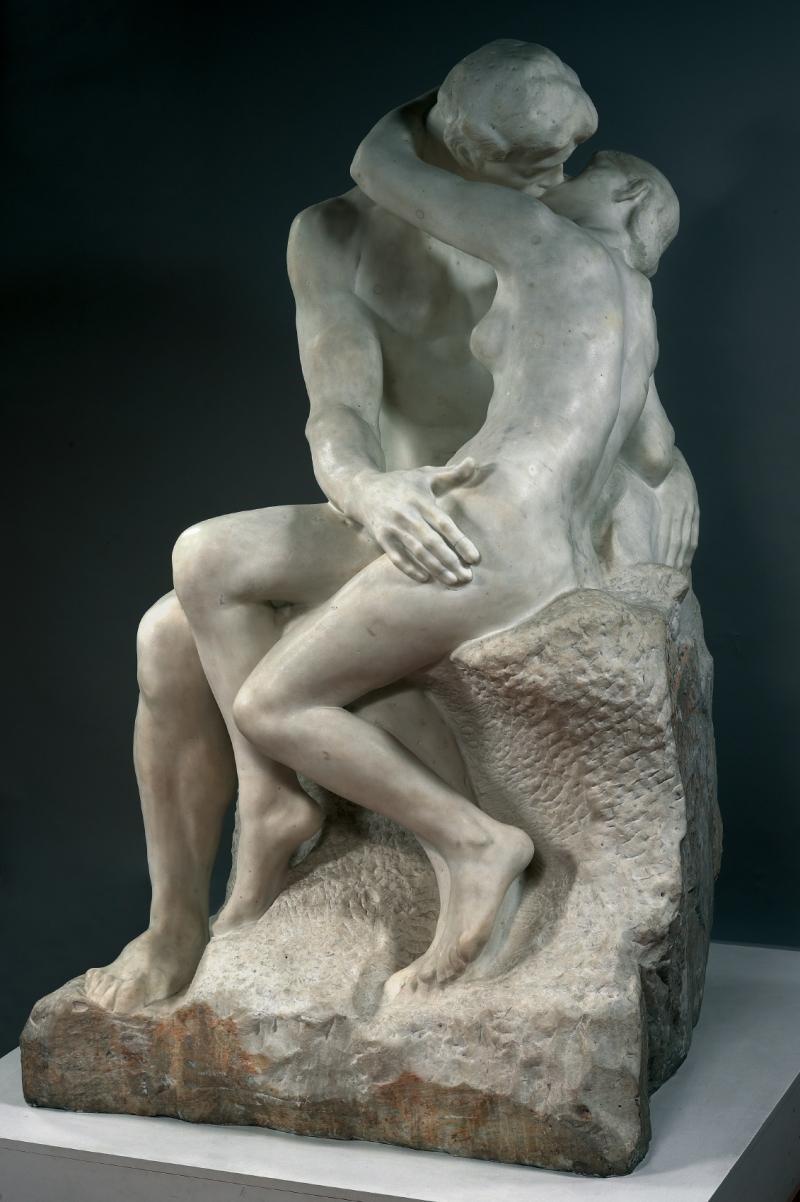 Auguste Rodin’s sculpture “Kiss” is a monument to the forbidden and eternal love of Francesca da Rimini and her lover Paolo, the heroes of the Divine Comedy Dante. The sculpture was ambiguously accepted by critics, considering it too frank for a general exhibition. Therefore, during the exhibition in Chicago in 1893, the work was not placed in a common room, but in a separate room, where spectators could get by appointment. 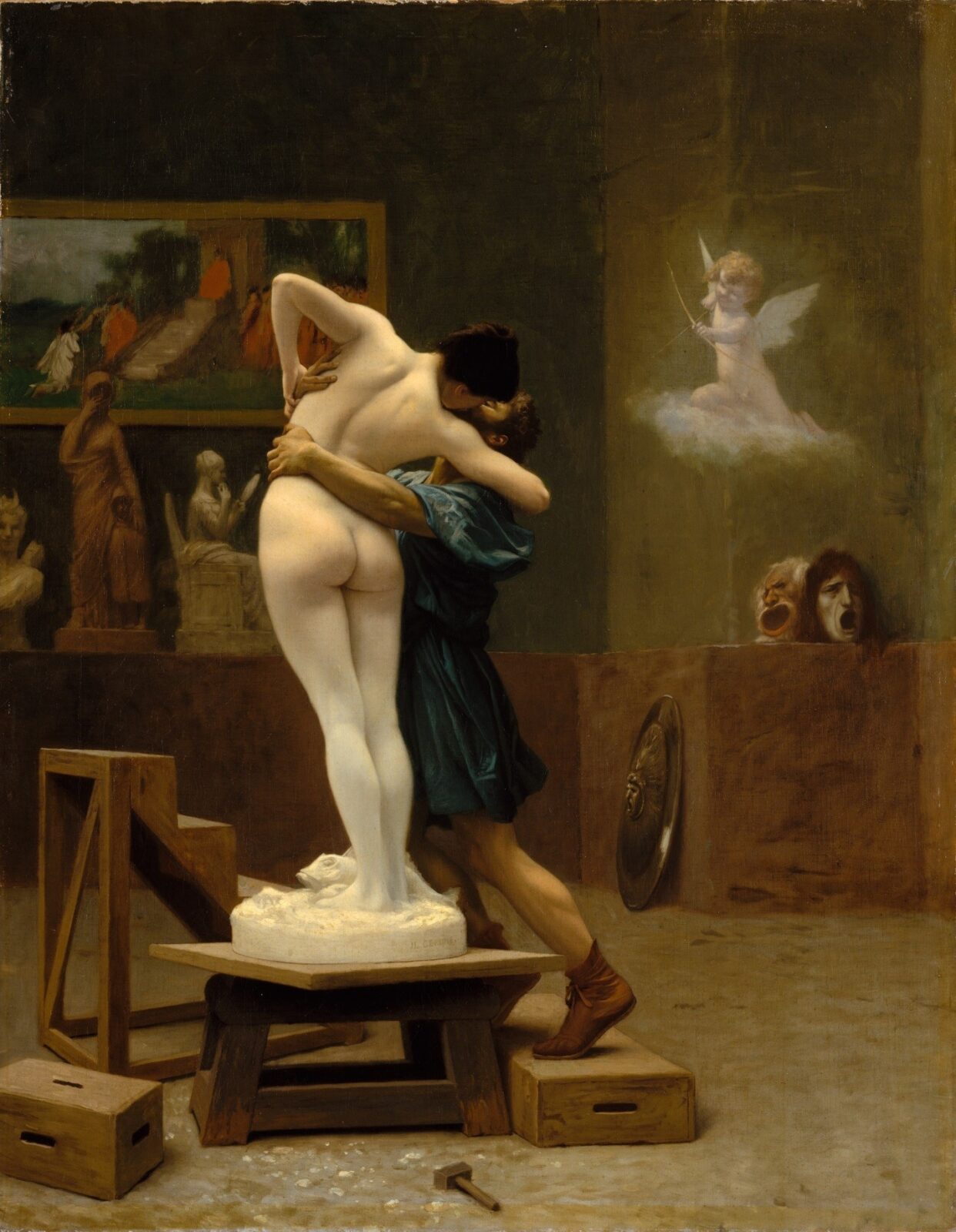 When creating this picture, the French artist Jean Leon Gerome turned to the ancient Greek myth of the sculptor’s fantastic love for his creation. Pygmalion falls in love with the figure of the girl Galatea, carved by him from ivory, and asks Venus to revive her. Jerome recreates on the canvas the first kiss of lovers at the moment when Galatea comes to life. 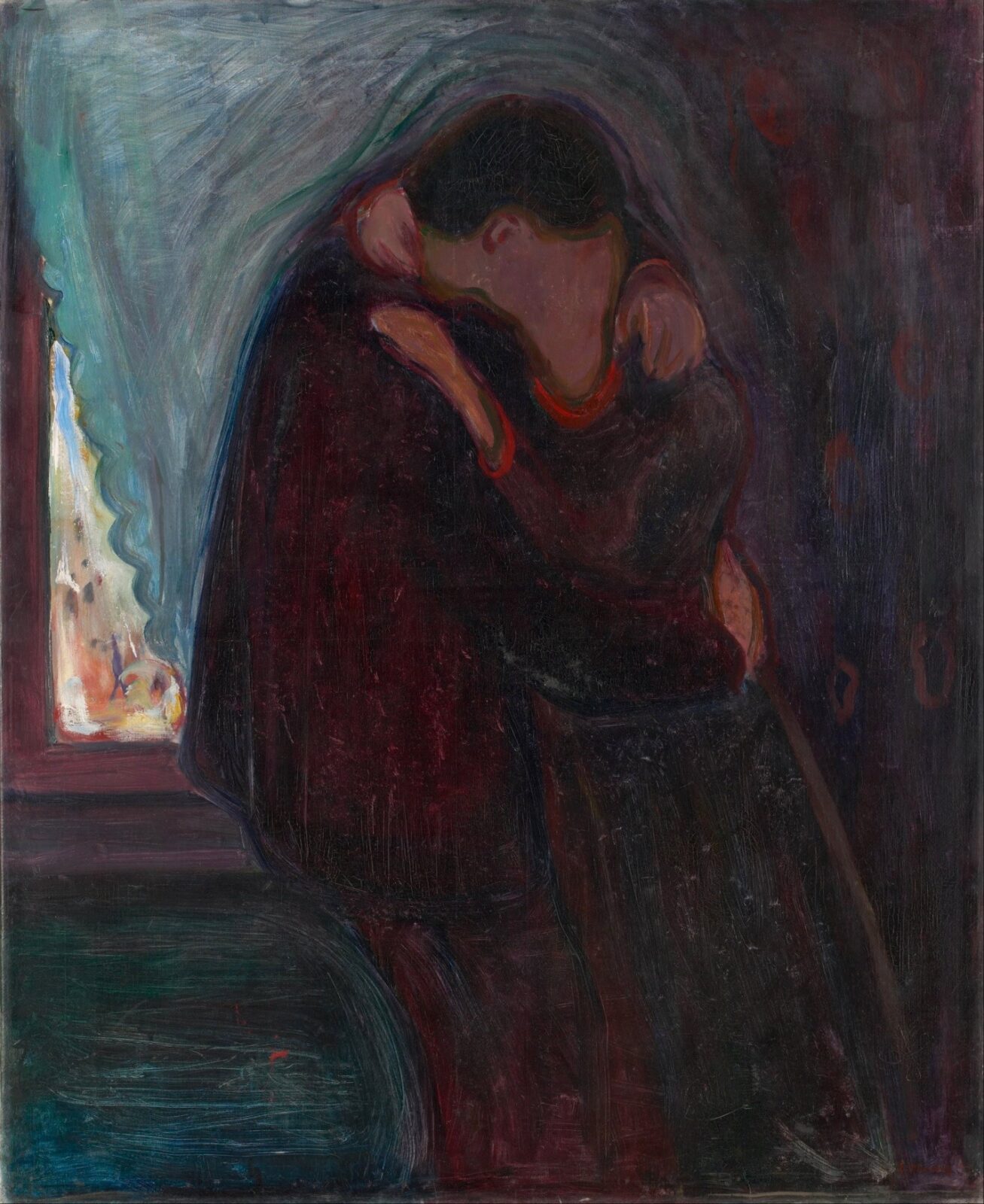 Edvard Munch portrays his lovers in a cozy evening atmosphere, kissing by the window. They seemed to hide from the whole world behind a thin curtain. The author deliberately does not detail their appearance. Their faces and figures merge into a single color spot. 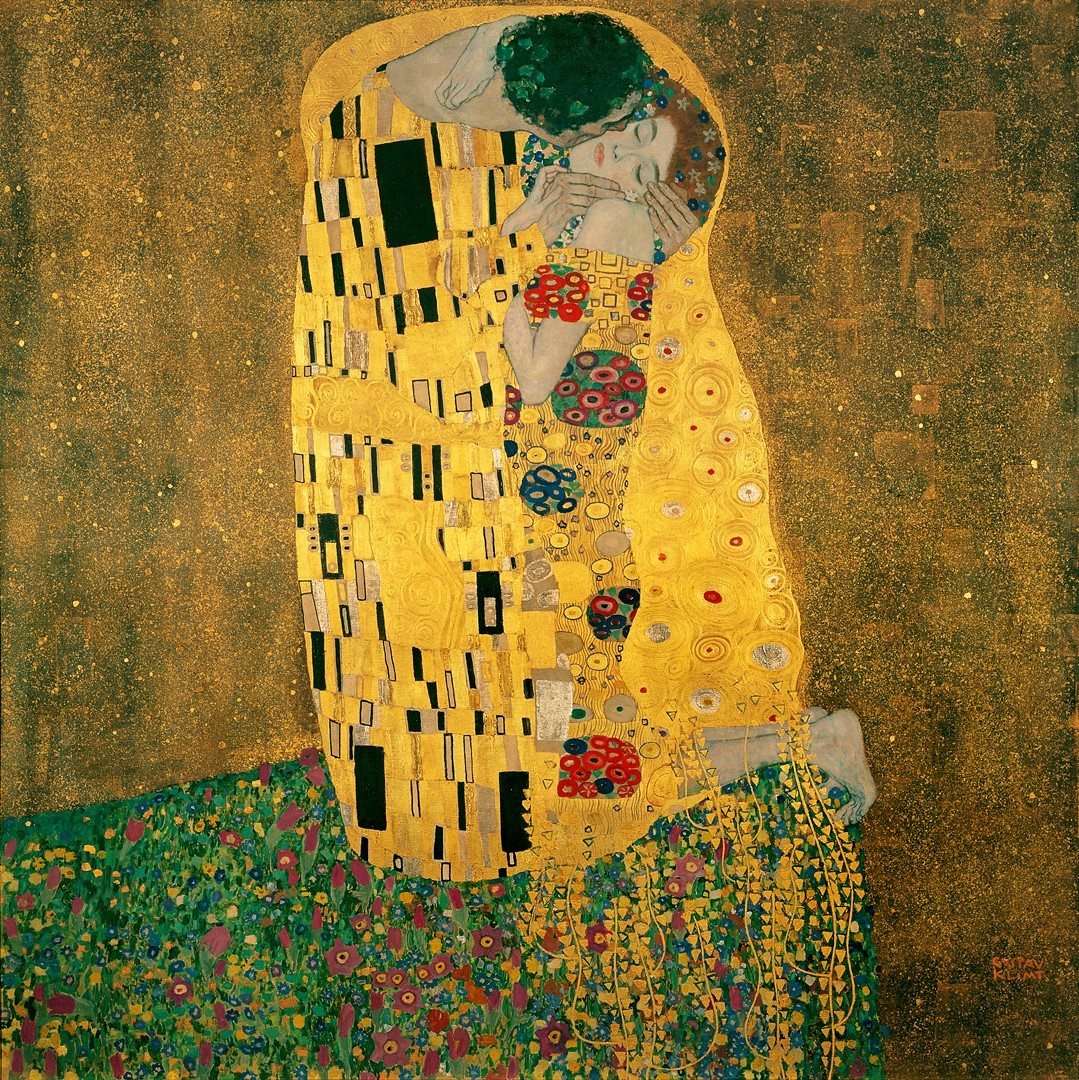 “Kiss” is the visiting card of the artist’s golden period. The Austrian Symbolist used his proprietary technique, mixing gold leaf and oil paints. Some art historians believe that in the picture, the artist depicted himself and his beloved Emilia Flöge. 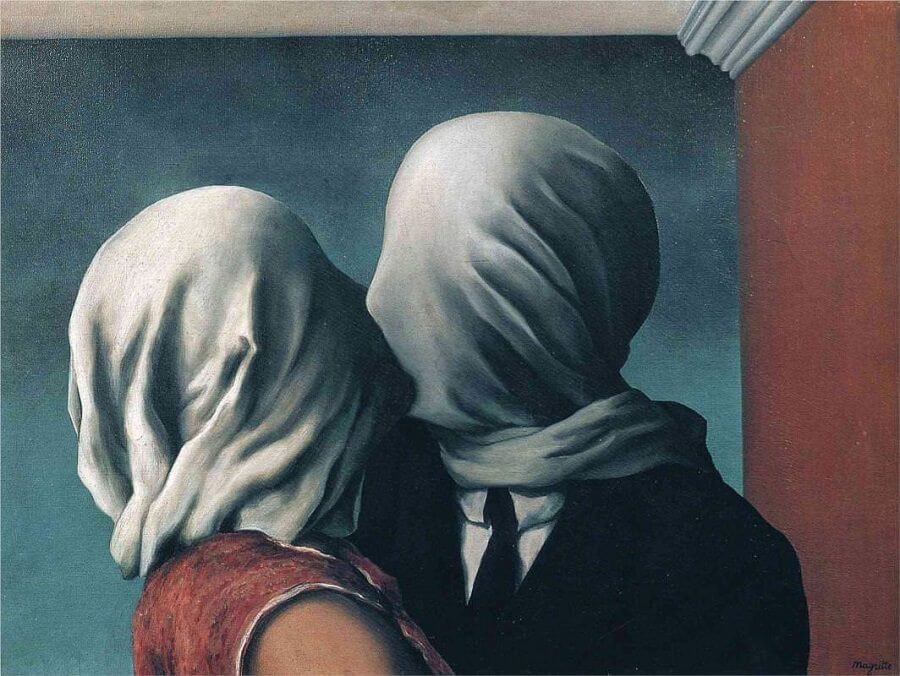 Surrealist Rene Magritte sought to make his viewers think about the meaning of the picture, so all of his canvases are like picturesque puzzles. The painting “Lovers” has already undergone many interpretations. The artist portrayed love as something dazzling. In a fit of passion, lovers are not able to notice anything around, as well as see each other’s flaws. 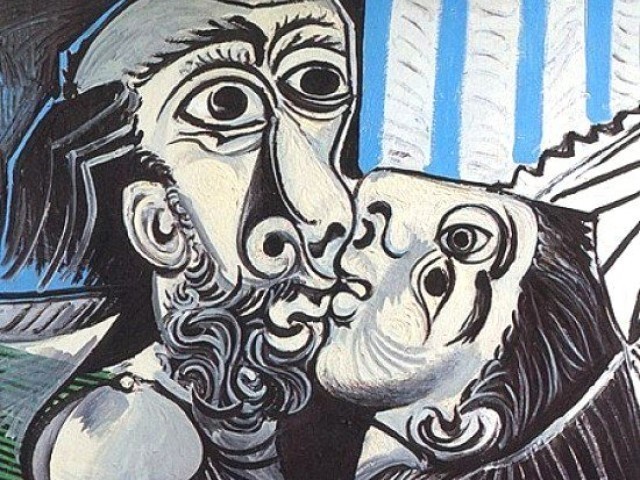 This is one of the later works of the Spanish artist. It is believed that on the canvas Kiss, Picasso portrayed himself and his second wife, Jacqueline. The artist paints lovers in his signature manner, distorting proportions and lines.