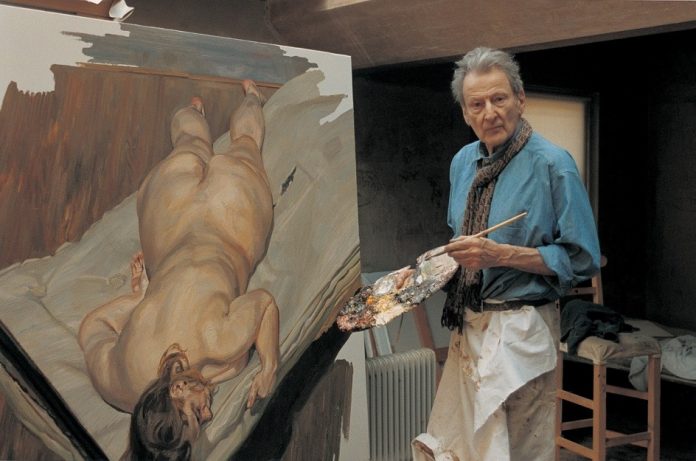 The Freud family gave the world two geniuses – Sigmund, a master of psychoanalysis, and Lucian, who left a significant contribution in portrait painting. And the grandson of the world-famous psychologist did not hide that it was the grandfather who had a certain influence on the formation of his personality.

Lucian Michael Freud was one of the highest-paid living artists in the world. After Freud’s death, it turned out that his fortune is estimated at 156 million dollars and it was the first time in British history when the artist left behind such a huge amount of money.

His father – architect Ernest Freud (1892-1970), was the youngest son of the founder of psychoanalysis – Sigmund Freud, his mother – Lucy Freud (maidenhood Brash, 1896-1989) – came from a family of a large forest and grain traders, Lucien Freud received his initial education at the Essex School of Painting (Durham) and the London School of Arts. He also studied at Gold Smithsonian College, University of London.

In 50s Lucien Freud painted in the genre of surrealism. Then begins the period of figurativeness. In 1951, his painting “Interior at Paddington” won a prize at the British Exhibition Festival and since then the name of Lucien Freud began to rapidly gain popularity.

Prior to this period, Lucien was listed as a debtor to the bookmaker at the racetrack, where he loved to spend time, often losing and paying for his paintings … in the end, the bookmaker subsequently became a wealthy collector of masterpieces of L. Freud.

And after the success came to Lucien, he stopped playing races, realizing that now it is difficult to lose, having millions … Lucien Freud is rightly considered a key figure in the English fine art of the XX century. Exhibitions of his works are held in major galleries around the world.

It was surprising, but the richest and most traded artist was indifferent to money. But he enthusiastically worked on each of his paintings, and then with undisguised interest and excitement followed the reaction of the viewer and the process of selling lots at the auctions. And Freud was skilled in drawing. A master of figures, nude nature, who revived the art of the portrait.

The grandson of a psychoanalyst has long sought his place in painting. From the general crowd of artists, he stood out expressive technique, rich imagination, the ability to choose unexpected topics. In the works of Lucien was a passion for the grotesque and Expressionism. For some time the artist painted dead animals – cats, dogs, monkeys. Gradually Freud switched to people, especially he liked to work with naked nature. Attractive in appearance, Lucien easily found models, not only girls but also young men.

Lucian Freud: “The painter’s obsession with his subject is all that he needs to drive him to work…”

Lucien Freud slept with most of his models, thus expressing his gratitude for the cooperation. There were rumors and legends of the portraitist’s adventures, and rumors of gossip lost count in an effort to bring out the total number of wives and lovers. At the same time, he did not have gentle feelings for them or real passion.

Lucien Freud didn’t have one of his favorite types. He painted close friends, relatives, strip girls, social workers. Among his models are Jerry Hall, Kate Moss and even Queen Elizabeth. The portrait of Queen Elizabeth is quite controversial, it was created in the period from May 2000 to December 2001. The work was criticized by the British press, but nevertheless it was exhibited in the Royal Painting Collection.

The finished result rarely satisfied the people who were painted by Freud. The reason is simple – Freud did not try to recreate on canvas an exact copy of the man. His portraits turn inside out a man’s soul, revealing not only his body but also his carnal nature, lowly passions, and desires. At the same time, the master does not close the theme completely, because, as Sigmund Freud said, “people are more moral than they think, and even more immoral than they can imagine”.

There are also many landscapes and floral arrangements in L.Freud’s work.

Over many years of creativity, he developed a special and recognizable manner, exploring and with unique expressiveness, recreating in his canvases various, sometimes shocking, aspects of the human body and intimacy. Many of Lucien Freud’s works, provocative in spirit and virtuoso in technique, can be seen as pictorial illustrations to the theory of his great grandfather, who said that “Anatomy is destiny”.

In May 2008, the painting by L. Freud “Social Warden is sleeping” was sold at a record price of 33 million 600 thousand dollars. And at the February auction Christie’s in 2009, his work was listed as the first in the list of the most important works of visual art, and it was followed by the works of famous Damien Hirst and Andy Warhol.

L.Freud was an English Levite dog lover and this love was reflected in his paintings.

Lucia Freud is a master of skin depiction: few people in modern figurative painting so masterfully convey its texture, fat folds, irregularities, defects, pigment spots (not without reason one of the symposia dedicated to the artist was called: ” Skin”).

The work of Lucian Freud continues to live in his canvases, and therefore immortal, as well as the invaluable contribution of his great grandfather, Sigmund Freud, denying the widespread belief that “nature rests on the descendants of geniuses” …

However, the numerous heirs of Lucian, (officially he had fourteen admitted children), received nothing. Four million and a mansion in London, the portraitist bequeathed to assistant Dawson, and the rest of the money just handed over to the lawyer, instructing him to somehow deal with it.