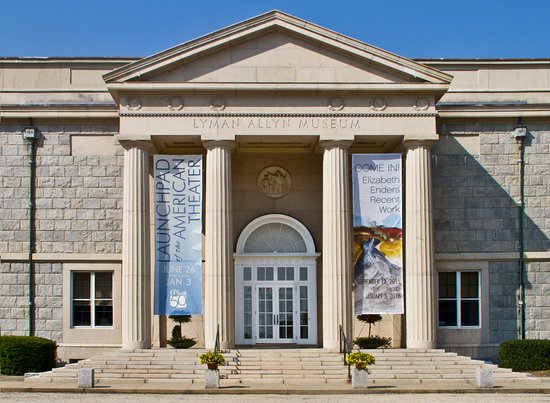 Although the United States was founded (1776) much later than the most important events in the history of European painting, such as the creation of the Mona Lisa (1503-1517) by Leonardo da Vinci or the painting of the Sistine Chapel (1508-1512) by Michelangelo, the state managed to create its own collection of masterpieces. This fact may seem surprising because it turns out that American painters did not paint anything really great, but somehow got the most valuable objects of art and placed them in American museums.

The fact is that with a high level of the economy, the United States could afford to buy many masterpieces of the XV-XX centuries from countries such as the USSR. As you know, in the 30s of the XX century, due to the difficult economic situation, the USSR was engaged in selling works of significant artistic value. For example, in the U.S. was “Venus in the Mirror” brush by Titian (1555), “Annunciation” by Jan van Eyck (1435), “Madonna Alba”, written in 1510 by Raphael Santi, and many other works, previously owned by the Hermitage.

Nowadays, U.S. museums store a lot of art objects of different periods, which sometimes serve as a target for tourists coming to America from all over the world. Here I would like to examine in more detail the largest museums in America.

Lyman Allyn Art Museum was founded in 1926 by Harriet Epson Allin. It provides the most significant collection of art in southeastern Connecticut, including European and non-western art, as well as American fine and decorative art. The key advantages of the museum are European works on 17th-century paper, 19th-century American painting, and contemporary art. The museum also includes educational programs for spectators, from preschoolers to pensioners.

The museum is located in New London, Connecticut. Also on the campus of the museum is the Deshon Allyn Stone House, a federal-style house built in 1829 by Daniel Deshon, sold to Lyman Allyn and hired by various members of the Allin family, including Harriet. The house is registered in the National Register of Historic Sites.

The Lyman Allyn Art Museum was founded in 1926 by Harriet Epson Allyn in memory of his father, Lyman Allyn, a wealthy merchant ship. Miss Allin’s legacy of building a museum as a place where locals could learn about art and culture was made after her death in 1926. Landscape architect and designer Charles A.. Platt was hired by a group of trustees to build the museum building in the neoclassical style of 32,000 square feet of local granite. 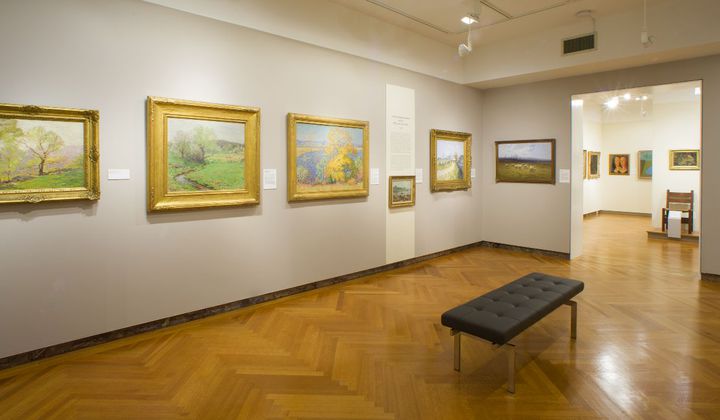 Lyman Allyn is the only museum in the region that offers an extensive collection of European art as well as American fine and decorative art. The permanent collection consists of approximately 10,000 exhibits. Much of this collection was designed by the first museum director, Winslow Ames, who acquired works dating back to the 16th and 19th centuries. The permanent collection includes a very important study of graphite for Madame Moisser, who supports J.A.D. Engra, as well as Frederick Leighton, Francois Boucher, Nicolas Poussin, Claude Lorraine, Charles Lebrun, and Tipo. Shown are artists such as Rembrandt Peel, Benjamin West, Gilbert Stewart, John Trumball, Thomas Cole, Frederick Edwin Church, and Albert Bierstadt. 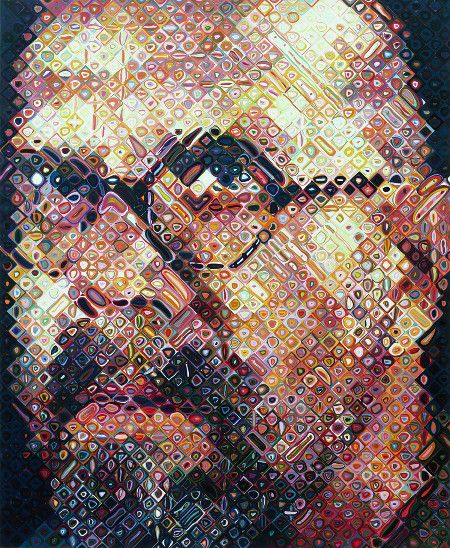 The museum is known primarily for its values in American art. Lyman Allin’s collection of 19th-century American paintings, from the Hudson River School to aesthetic movement and impressionism, includes many works of art of historical significance. Thomas Cole “Mount Etna from Taormina” (1844), “A Study of the Church of Frederick Edwin for the New England Landscape” (1850) and “The Oval Stroke” by John F. Kensett, “The Fall of Bish” (1851) are key paintings of the Hudson River School and Winslow Homer’s Tile of the Shepherd’s Club (1878), a rare and important example of this American owner’s work with the Tile Club. These American works, along with several key European works, often require credits for exhibitions and for reproduction in academic articles and catalogs. 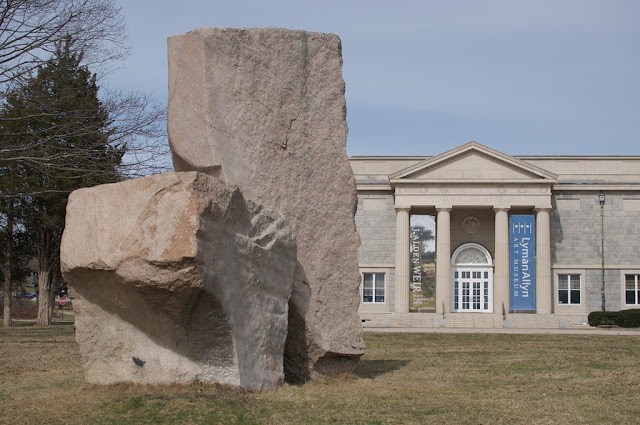 In addition to the collection of the Museum of American Painting of the XIX century, a significant collection of American painting of the XVIII century works on paper and decorative art, in particular, silver and furniture. This collection is based on three studies by John Singleton Copley on the siege of Gibraltar (pp. 1785-86), two works by Benjamin West, and a portrait of the candle merchant Winthrop Eunice Huntington and her daughter (1772). The furniture collection is particularly strong in 18th-century New England, including many examples of unique regional changes in the county of New London. The New London County Furniture Collection was the center of a comprehensive exhibition in Leiman Allin in 1974 and smaller, targeted exhibitions in 1986 and 1999.

Speaking about the influence of institutions on the art market and art in general, we are used to paying attention first of all to public institutions (advanced museums such as MoMa, Tate and Louvre galleries), international forums and festivals of contemporary art (Venice Biennale, Documenta, Burning Man) or mega-galleries (Gagosian Gallery, Zwirner Gallery, Hauser&Wirth, etc.). But private non-profit initiatives should not be underestimated: sometimes their work is as important as that of a well-established, generously funded museum.