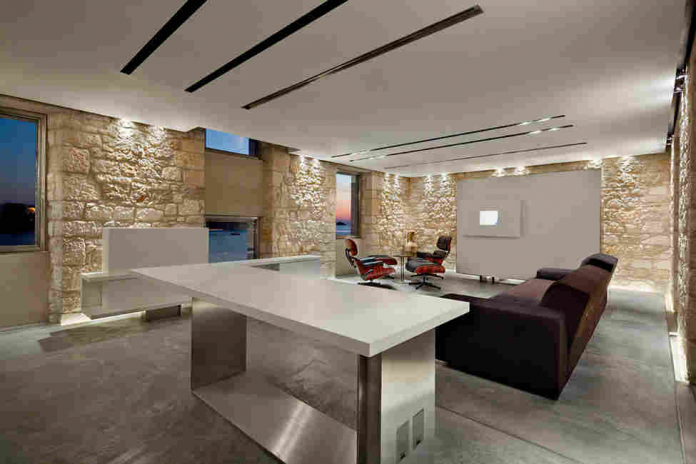 The element as old as the mountains is back in style. Designers and architects have opened the pleasures of stone, whether it’s as a feature for table or for whole home construction. Other materials – iron and cement for building, plastic for goods – may be more economical and quicker to work with, but the stone has some exciting sustainability credentials.

Gallery of 15 Clerkenwell Close London Clerkenwell Close apartment shows this fundamental aim. With its stone construction and capstone facade, its included carbon was decreased by 90%, related to similar houses with steel or cement blocks.

Besides its sustainable characteristics, it’s the material’s unique nature that interests to the design world. “People frequently need the real beauty and differences of natural stone”, says Solid Nature’s David Mahyari, “simulation ceramic tiles add realistic styles but have a repeat design like wallpapers, so you can understand immediately that they’re fake.”

Its years are also a factor. Curator Guta Moura Guedes in Portugal said: “Stone is an element that is millions of years old. Can you believe this? I am absolutely persuaded that this dimension also transforms the way we compare to a stone object, building an unusual kind of relationship with it and performing it, somehow, more precious.”

London-based stone carver Simon Smith supports this: “If the stone “gets a polish”, it’s like unlocking the door of the stone and viewing deep into it, at millions of years in past.”

Guta Moura Guedes challenged seven designers to research with Portuguese stone. Hence Jasper Morrison’s bowl, whose towering and recessed base builds space and disguises its weight; a bowl in two kinds of stone represented as a conversation between the coldness and hardness of the Branco Vigária and Ruivina Escuro marble, and the heat and suppleness of Brazilian coconut texture; soft pink marble.

More and more designers are investigating the opportunity of stone. Norwegian Runa Klock uses the stone Larvikite for Core, a little desk lamp. And Parisian Martin Massé’s Orsetto variety of bent sculptural tables is created from strong Navona travertine from Italy. “I bring a lot of motivation from the antiquated Roman building, which used stone a lot”- says Massé, who is also interested to help protect the historical know-how of French stonemasons.

While stone going back into the recognition, its universality and strength suggest it had never actually passed away.