Home Art Museum of Contemporary Art In San Diego – Works Of Art From... 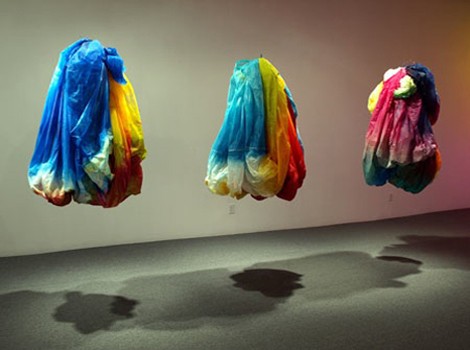 The southernmost point in California is located near the Mexican border, where you can get there in 20 minutes by city streetcar. The city has gained popularity due to its magnificent beaches, well-developed resort infrastructure and, not least, amusement parks for children.

San Diego Museums are proud to educate the public about the past and how to preserve the future. There are over 90 museums in the district, 15 of which are located in Balboa, the largest park in the country.

Frankly speaking, it is quite difficult to shorten the list to 10 best museums. The list of topics and interests that each museum is engaged in is incredibly diverse. 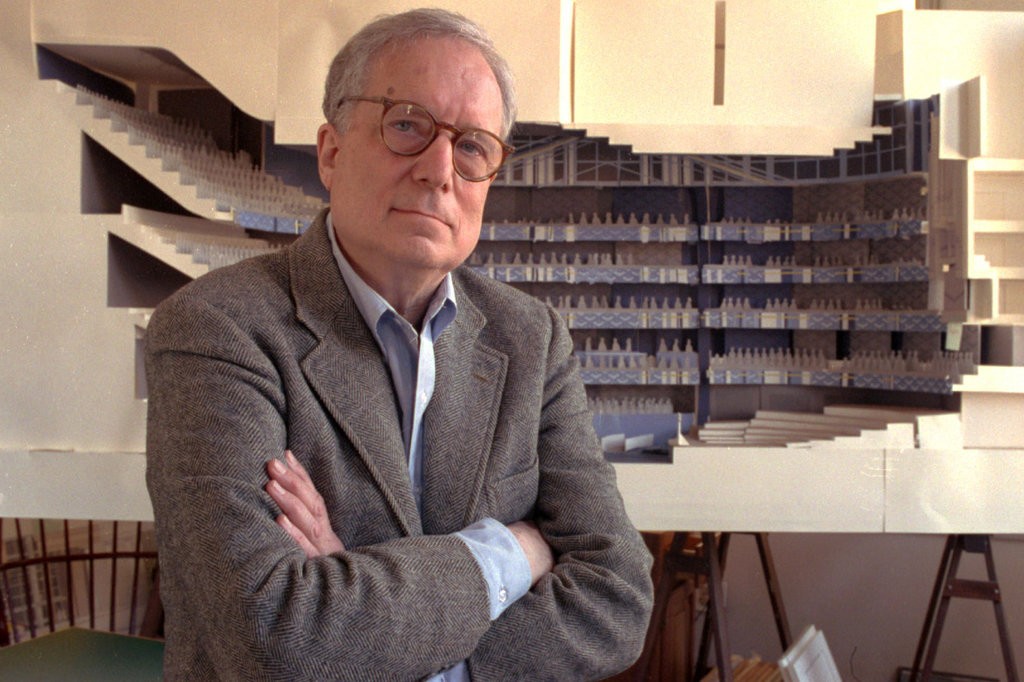 Each time, looking back at the architecture of the past centuries, you can almost unmistakably guess the era of its creation or handwriting of the master. History is cruel – it erases everything, but it is architecture that becomes the face of its time. And if it were possible to denote entire epochs by the name of the architect who created their appearance, then the third quarter of XX century would be called the time of Robert Venturi.

He is important not only as a practitioner, but also as a theorist. The visual language of architectural elements in Venturi projects may seem playful or even kitschy, but in fact his language is pure aesthetics. It is rich in terms, surnames, comparisons and, most importantly, abstract concepts – that is, it is in fact a pure philosophy.

We can say that Venturi projects and theoretical developments are a breakthrough into parallel reality. The whole history of architecture of the 20th century developed logically and systematically from Art Nouveau to the avant-garde, through the Bauhaus to Le Corbusier, Frank Lloyd Wright and Missa van der Rohe, and further through modernism of Philip Johnson to the generation of deconstructivists Frank Gehry, Zaha Hadid and Rem Koolhaas. 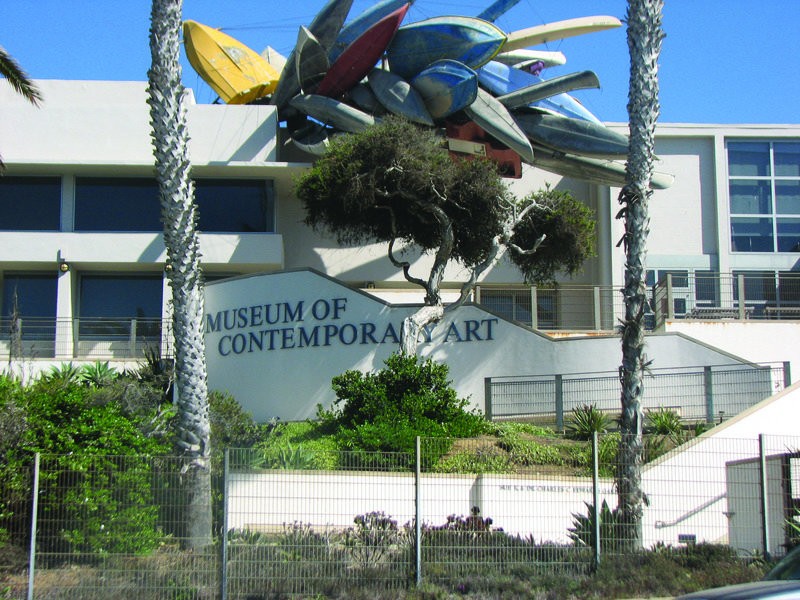 In this evolution, there was an obvious logic to the development of form. And Venturi does not fit into it in any way. On the one hand, its projects can be compared with the works of all the above masters at once, but on the other hand, if you see behind the architecture not just a combination of forms and rhythms of volumes, but a well-thought-out concept, there will be much more differences than similarities. That is why Venturi is important first of all as a theorist. Of course, the master has quite specific predecessors, like-minded contemporaries and clearly defined followers. Still, it is difficult to imagine what the architecture of postmodernism would be like if it were not for him.

The design of things has its own long history, and there are many different points of view, from which time to count it. But exactly at the moment when Andy Warhol drew a bottle of Coca-Cola, the design turned into a 20th century religion, and this was predictable even before World War II. And it was replaced by the religion of urbanism, which today man actually professes. And these two processes or concepts – urbanism and design – are inextricably linked with each other.

Its architecture combined historical forms with functionality and merchantilism of the XX century, a subtle irony – with seemingly ordinary. Venturi wrote: “Economy dictates us not advanced architectural elements, but the most ordinary and simple. We do not resist it. The architect used red clay brick and “tasteless” double windows as the main structural elements of the project, along with the use of decorative details that were to emphasize the features of life of the elderly.

Museum of Modern Art in San Diego. Venturi did not add a single exhibition space, but created the infrastructure and image of the museum, thanks to which it received a new status and began to attract tourists from around the world. 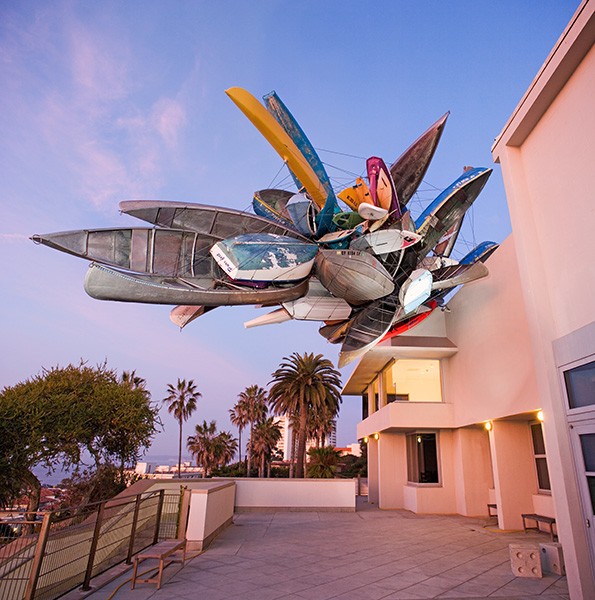 The transformation took almost 10 years. As a result, Venturi managed to create a museum that took into account all the requirements and stated features. He was able to masterfully fit it into the context of the surrounding La Hoya development without violating the identity of local traditions and maintaining a balance between old and new.

In a sense, here Venturi faced the same challenge as Yo Ming Pei, the architect of the Pyramid of the Louvre: to build an attractive public space, accentuate the entrance and unite the individual parts into a single compositional whole. However, in La Joya, the solution proposed by Venturi was not an abstract symbolic object, but a whole series of small architectural and functional additions and changes.

Venturi did not imitate the architecture of Irving Grill, as can be seen from his designs, the master never did it. But he obeyed the given program and stylistics. Grill, one of the main representatives of American modernism in the early 20th century, was a disciple of Louis Sullivan, the man who literally created the image of Chicago. In his practice, Grill combined the rigor and clarity of modernism with the color of the architecture of the Spanish mission.

Across the street from Scripps House, on his owner’s order, he built a women’s club building and a church. Thus, Venturi had to work not with a free-standing building, but with a whole complex of buildings, made in the same style. In addition to external factors, there were also internal ones: the renovation of the museum space was not the first.

In the 1960s, they already tried to change and transform it, not realizing that the museum’s problem is not only architectural and restoration, but also urban. All the works that were carried out at that time consisted of adapting the villa to the needs of the museum by means of the architecture of the international style of modernism, moreover, very primitive. 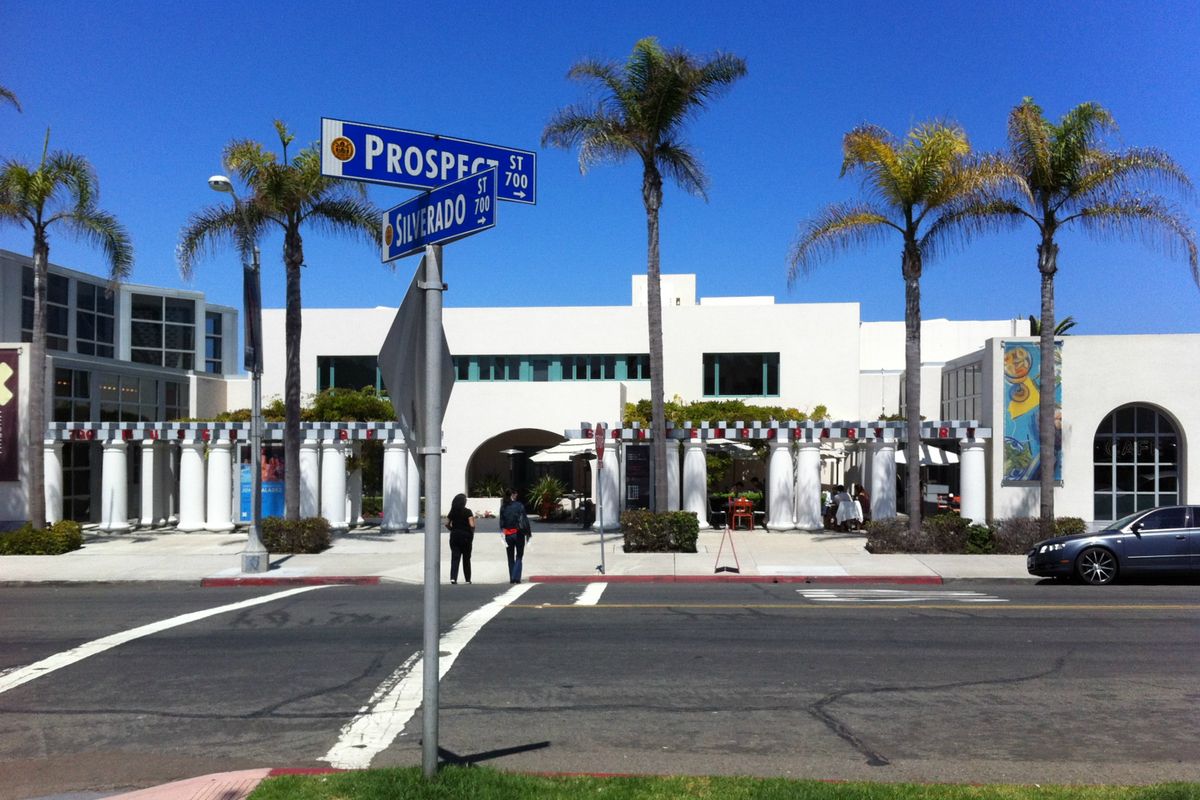 The original pergola with Doric columns was demolished, and today one can only judge about it from old photographs. At the very moment when some of its decorative features were destroyed, Villa Ellen Browning Scripps ceased to exist. With the implementation of the Venturi project, she came back. Having recreated pergola, albeit, in a hypertrophied postmodern version, he restored the elegant composition of Gill and returned the spatial accent to the main facade.

The rectangular two-story building of Gill with certain cultural layers becomes the “source material” with which Venturi works. Despite the fact that in 1957 the original building was recognized by the authoritative magazine “Architectural Record” as one of the most important structures of the first half of XX century, this architecture is almost “silent”, it can not say either the time of its creation or the name of its own creator. But with the “scenery” of Venturi, it acquires new meanings.

Yes, Venturi has made every effort to harmonize it with the environment, but the very fact of the need to work with the existing architecture has set its parameters. And both projects can really be considered successful.

Venturi added to Grill’s construction a wing with an inner yard on the left, where a store and a recreation area appeared, and a smaller wing with a museum cafe on the right. The master repeats Grill’s individual architectural motifs, but always with small variations in size or shape. Absolutely new ideas for the whole complex are 499-seat Sherwood audience (for lectures or film screenings) with an additional entrance to the building and a star-shaped glass tent, which replaced the dome that existed in the original project.

Moreover, Venturi was able to create a poly-facade composition that collected the space around it, combining the coastline and the streets of La Hoya in one context. The architect also incorporated artwork directly into the building’s decoration: the facades of the museum are decorated with sculptures by Andy Goldsoorthy, Nathan Maby, Nancy Rubins and other sculptors.

The work of Nancy Rubins, fixed virtually on the roof of the building, made his appearance very recognizable. And today it is already difficult to imagine MCASD without it. This is a giant installation, assembled from colored boats that collide and pierce each other. Against the background of snow-white museum walls and blue sky, it looks incredibly spectacular. 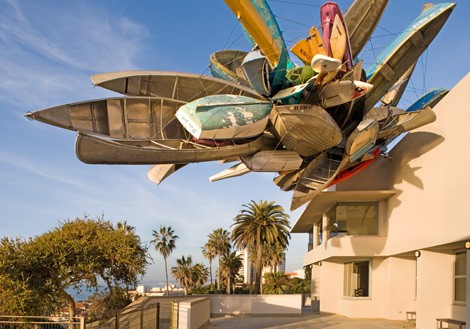 The collection of the Museum of Modern Art in San Diego has more than 4000 items. These are photographs, paintings, sculptures, works in modern media formats and works of kinetic art. Every month the exposition changes.

In 1993, MCASD opened another building in San Diego downtown on Plaza America. It was designed by architect Hulmut Jahn, and the interiors were designed by an entire team – Robert Irwin, Richard Fleischner and David Singer, a frequent rival of Venturi. In 2007, the museum got an additional address: there, in downtown, across the street from Jan’s building. This time, the museum invited Richard Gluckman to its activities. Especially for the new building attracted the largest artists, working with the problem of “place” and “space”: Jenny Holzer, Richard Serr, Richard Wright and Roman de Salvo.

In 2012, the Museum of Modern Art received 30 contemporary pieces from the 1950s to the 1980s, with works of art from Piero Manzoni, Ed Dekkers, Christo, Jules Olitsky and Franz Kline, as well as California artists Craig Kaufmann and Ron Davis, from the collection of Vance E. Condon and his wife Elizabeth Gisberger. 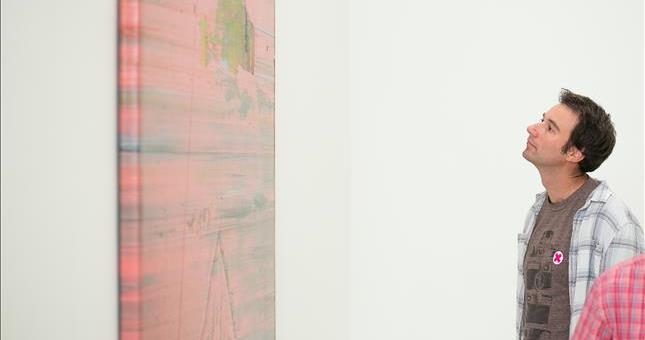 Ironically, although it is located in La Holla, this place is called the Museum of Modern Art of San Diego.

Their collection includes minimalism from the 1960s and 70s, pop art, conceptual art, installation art, Latin American and California art, as well as the San Diego and Tijuana regions.

MCASD has a standing donation fund of more than $40 million and an annual operating budget of approximately $6 million. The annual support comes from a balanced combination of people, corporations, foundations, government agencies and received interest from the gift, most of which came from the 1999 transformational legacy of Ree and Jackie Axline more than $30 million. 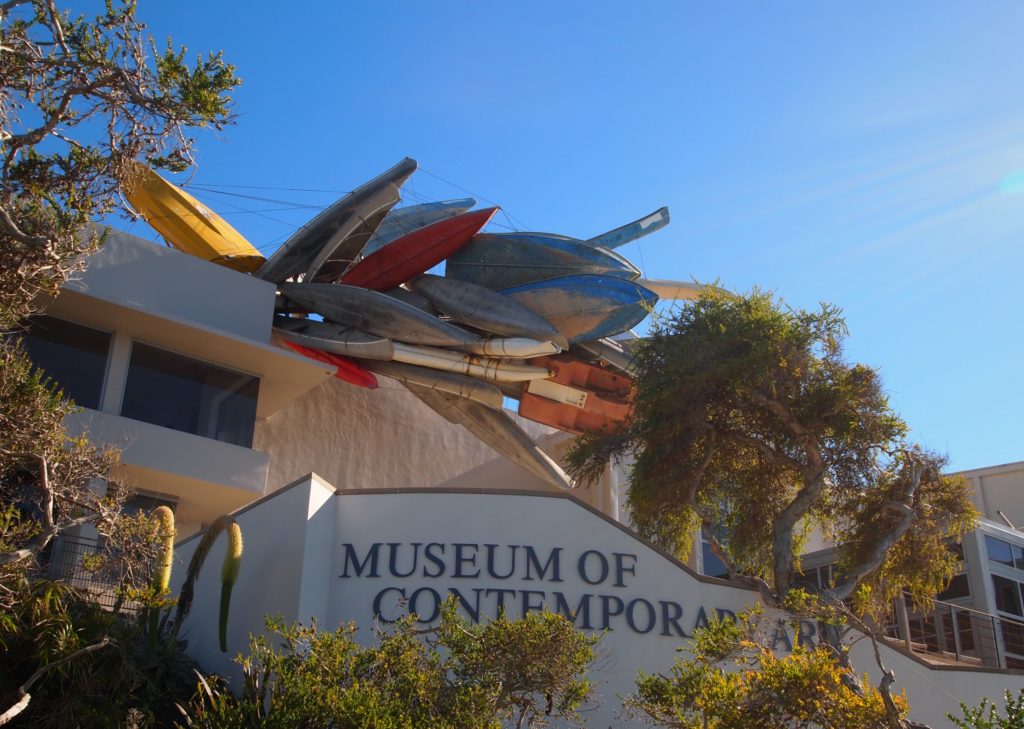