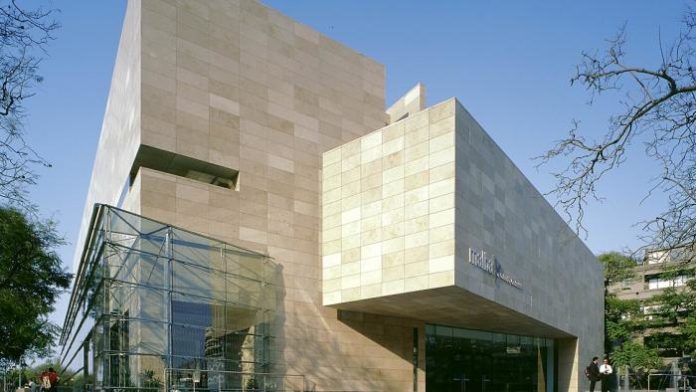 The Museum of Latin American Art in Buenos Aires is a private art collection owned by an Argentine millionaire and philanthropist Eduardo F. Constantini. His firm builds skyscrapers and apartment complexes in South America and Miami, but the businessman’s main hobby has always been fine art. He bought his first paintings in 1970, collected several hundred by the new century, and built a building for his gallery in Palermo, in the historic center of Buenos Aires. Every year it is visited by 3 million people. 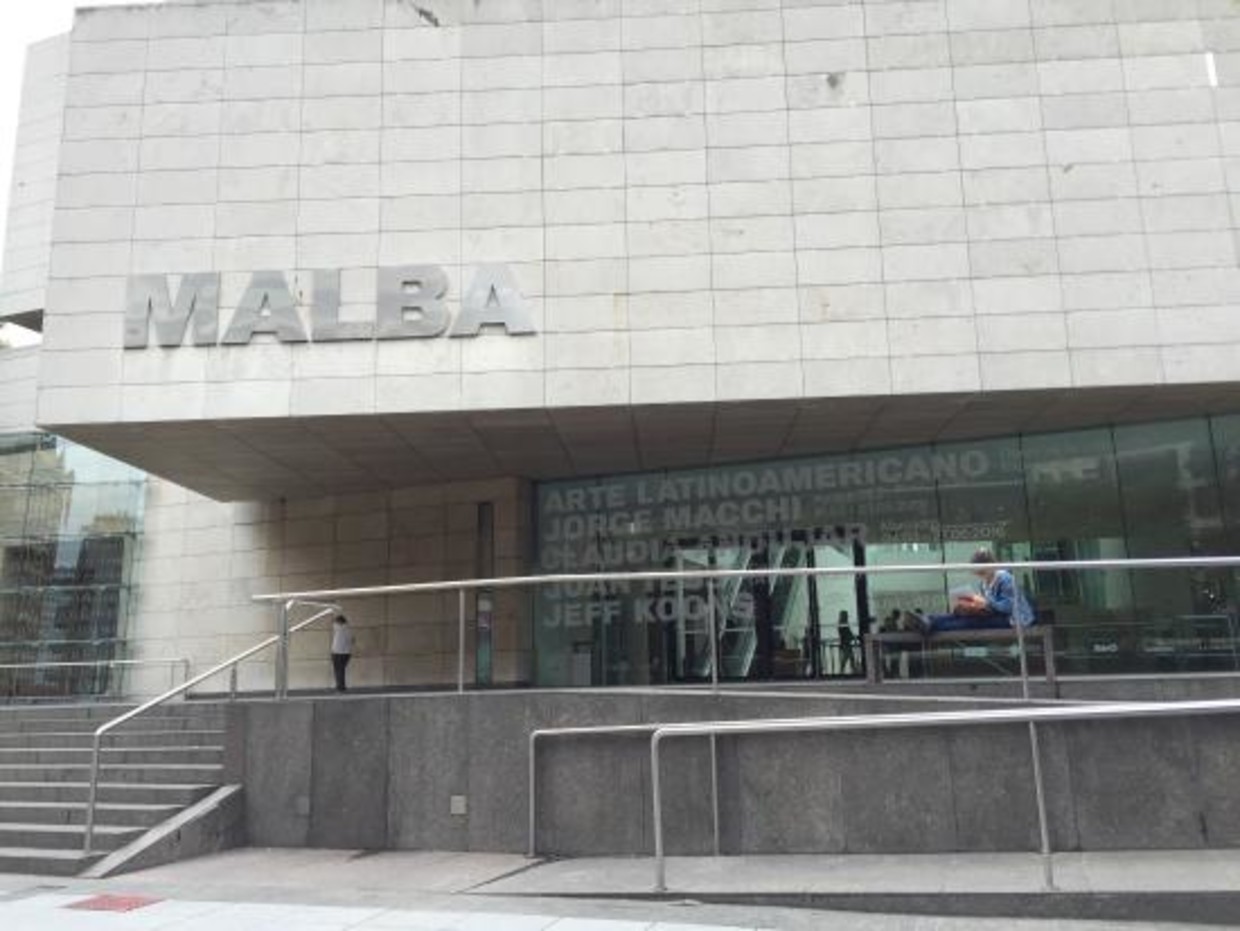 In Buenos Aires, there is an amazing place where every inhabitant or visitor of the Argentine capital can immerse themselves in the atmosphere of Latin America. Welcome to the Museum of Latin American Art, located on Avenida Figueroa Alcorta! 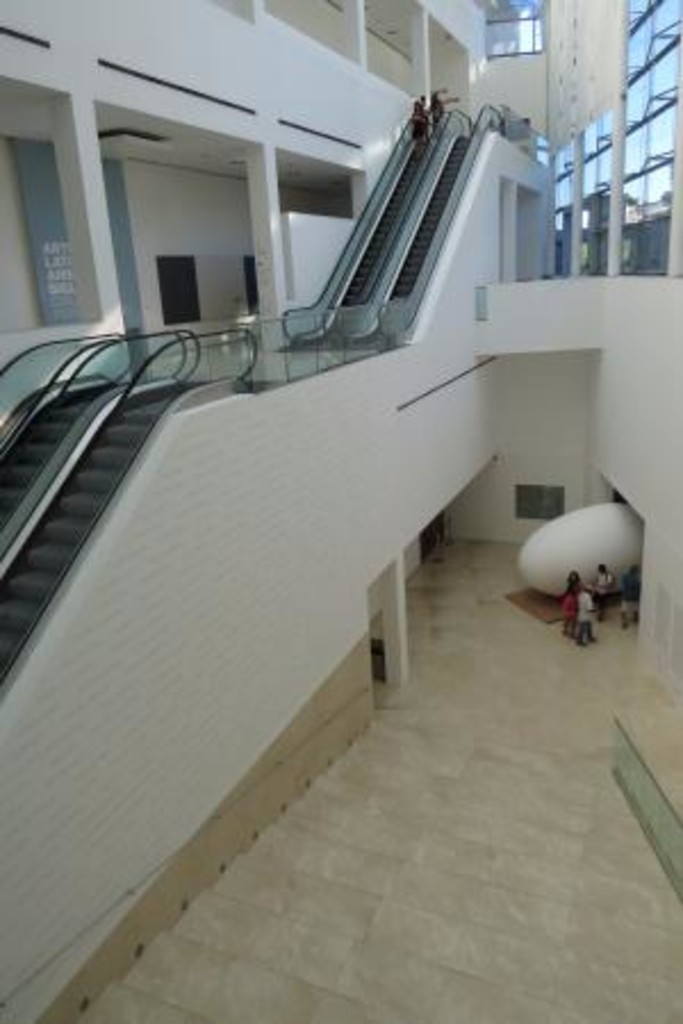 This three-story building, built of light stone, elements of glass and metal, fully complies with the above canons. The museum halls with high ceilings are very spacious and flooded with sunlight. The interior is dominated by warm pastel colors, helping visitors to relax and fully immerse themselves in the world of art.

Panoramic windows provide excellent lighting in the halls. The upper level is devoted to temporary exhibitions, the lower level to young artists. The main collection of 270 canvases fully occupies the second floor.

In the Museum of Art, among other masterpieces, paintings take the lead. There are no less than 400 of them, and the authors of all these paintings are 160 talented artists. Many of the painters are unknown to the general public, but some names and names of creators are still familiar to Argentines. They include Frida Kahlo, Antonio Berni, and Fernando Botero. 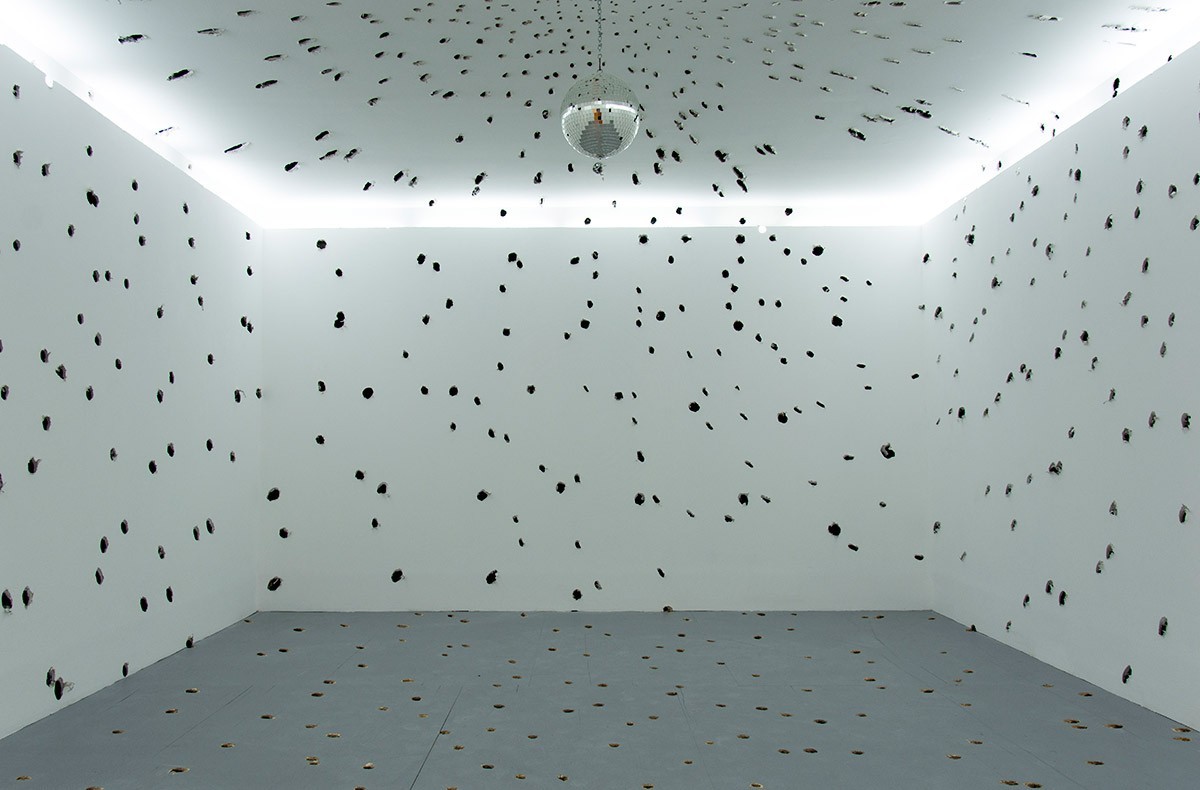 The institution opened to the public on September 21, 2001, and almost immediately became popular with residents and visitors to the city.

The Museum of Latin American Art in Buenos Aires has three floors. On the first floor, the works of modern painters are presented, on the second floor the works of the masters of the first half of the XX century are presented, and on the third floor, temporary exhibitions are regularly held. Among the paintings of the museum, works of such famous artists of the South American continent as Frida Kahlo, Antonio Berni, Fernando Botero, Jorge de la Vega, and Leon Ferrari stand out. A special place here is occupied by sculptures, engravings, various collages, and photographs made by the best specialists from Argentina, Brazil, Chile, Colombia, Uruguay, Mexico, Venezuela, and other South American countries. 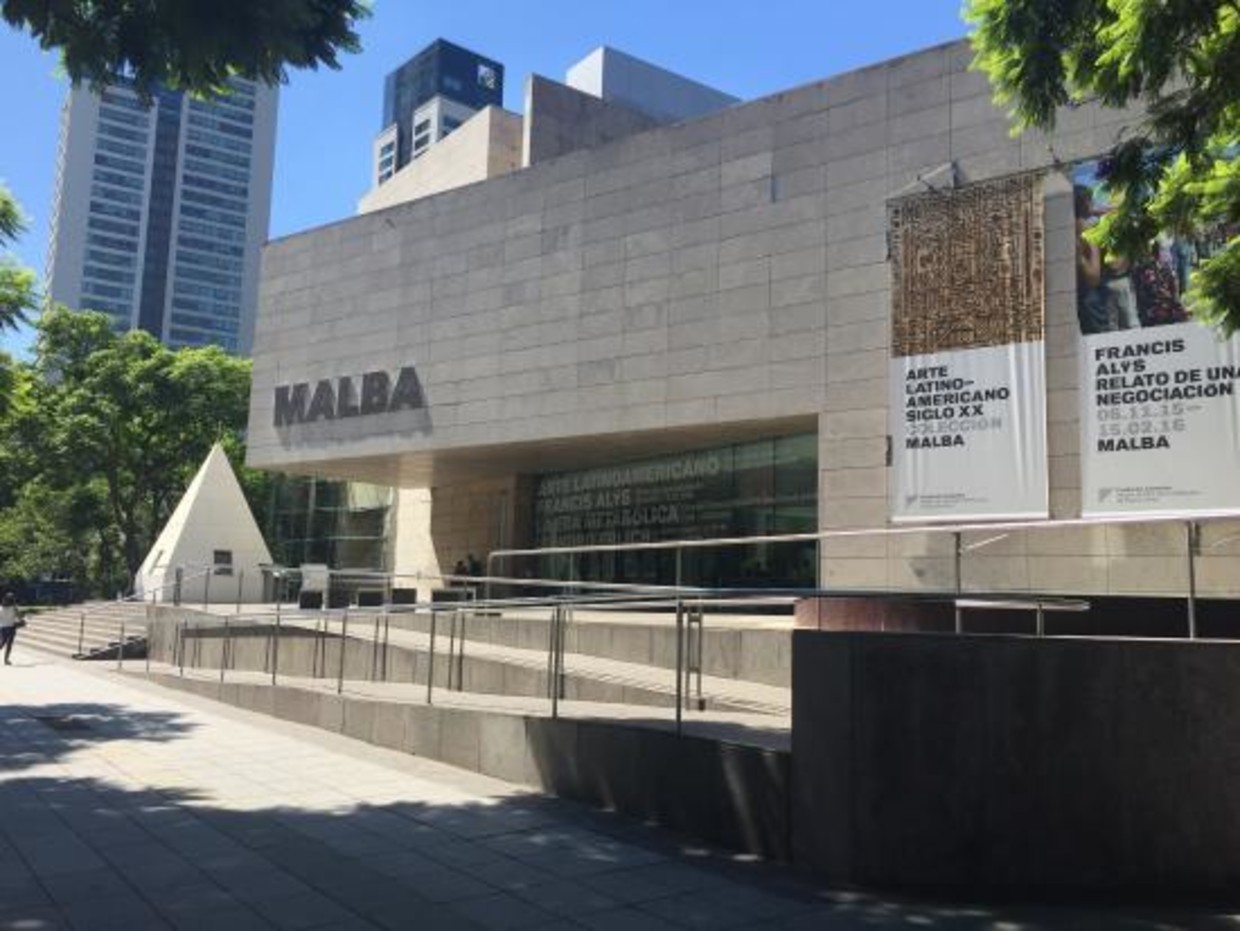 The Museum of Latin American Art is located in Palermo, an area rich in all kinds of cultural and entertainment attractions, which greatly contributes to the attendance of the museum. For the convenience of visitors, it is equipped with a cafe and a small store where you can buy some works of art and all sorts of souvenirs. The Museum of Latin American Art has no analogs in Buenos Aires and is of great interest to true connoisseurs of art, and a visit here is an excellent opportunity to get acquainted with the cultural heritage of South America and get a lot of pleasant impressions. 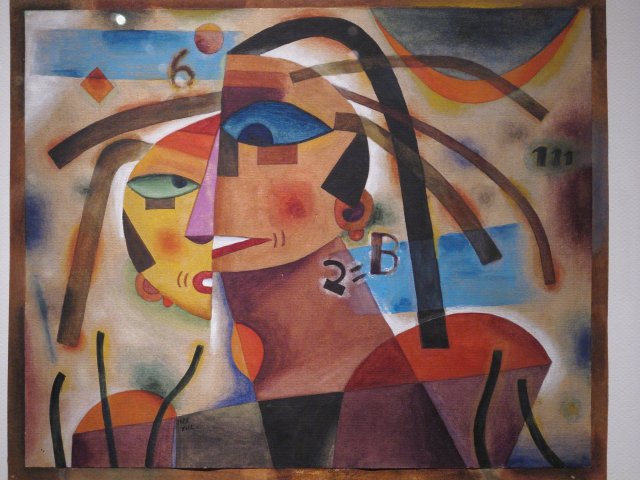 The museum building is spectacular on the outside and intelligently organized inside, was immediately recognized as a masterpiece, and became one of the most notable in the city. The museum is supported by almost a thousand and a half patrons around the world, and in a year it receives about a million guests. If we consider that it is also a cultural and educational center with an extensive program that includes lectures, public lectures, literary evenings, meetings with interesting people, film screenings, and premieres with live music, it is not surprising. 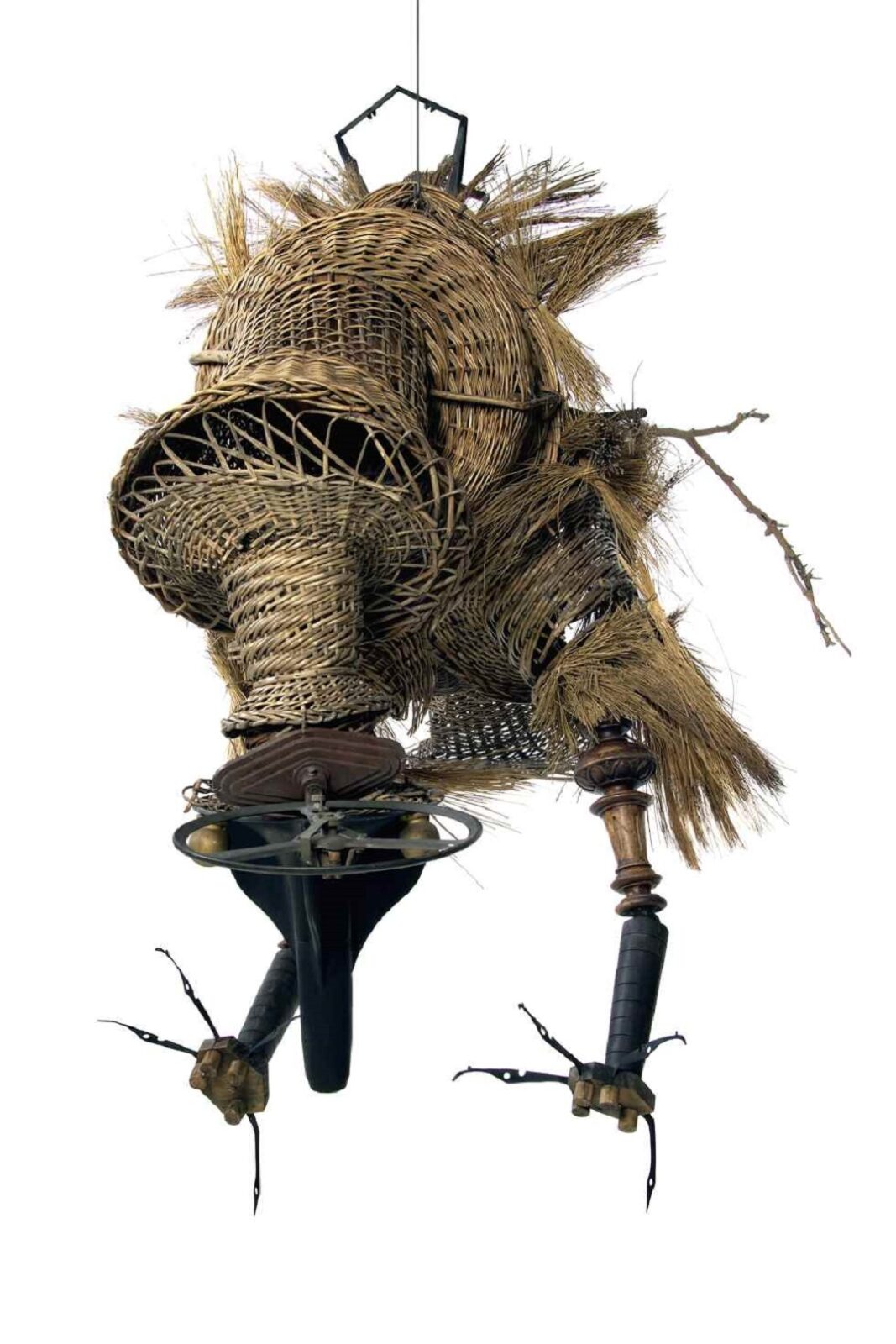 MALBA has three floors: the first one is partially dedicated to the actual art, the second one is occupied by the permanent collection, the third floor is for temporary exhibitions. The collection of the museum is truly unique: hundreds of works, more than 150 artists, and incredibly wide coverage of all trends and directions of Latin American art from the beginning of the XX century up to the present day.

The permanent exhibition is laid out in chronological order – you simply move from one period to the next, observing how trends have changed over the course of a century. For example, here you can see famous avant-garde artists who, inspired by communication with their European “colleagues”, decided to work in a new way in their homeland and became famous throughout the world. Among them was Xul Solar, whose name is worthy of deciphering: “Xul” is “light,” and “solar” is “sunny,” and was a man named Solar a painter, sculptor, astrologer, mystic, inventor, and creator of fictional languages. 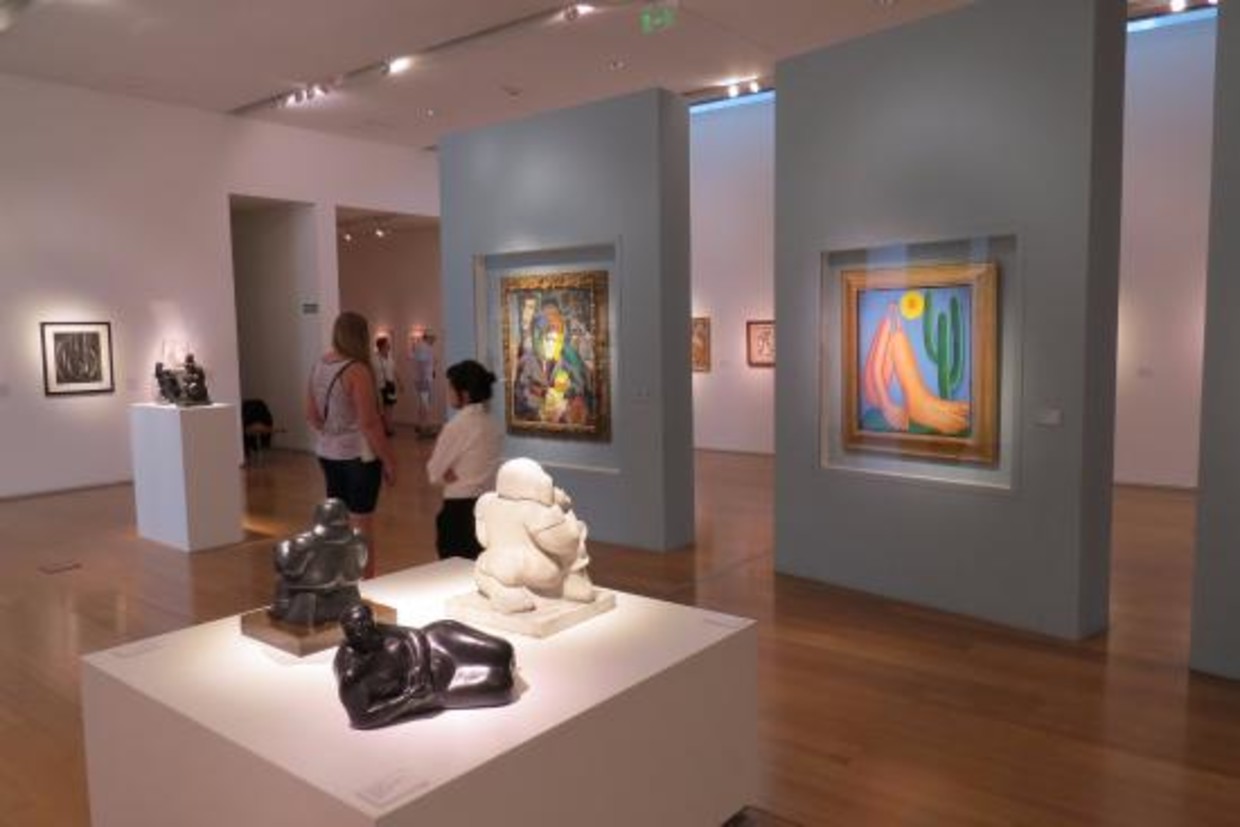 And the Brazilian artist Tarcila do Amaral, a woman of rare beauty and talent, not only painted but also actively participated in the leftist movement and managed to visit Moscow in the 1930s. And friends Rafael Barradas and Joaquin Torres-Garcia, both from Uruguay, lived in Spain for a long time, worked in the Cubist and Constructivist styles, and left a bright trace in the modernist heritage of both countries.

Next on the course is the art of social protest, represented by the works of Rivera and Siqueiros, from which we can move smoothly to the works of the Surrealists, including Antonio Berni, Roberto Matta and, of course, Frida Kahlo – the legendary self-portrait with the monkey and parrot is right there.

And kinetic sculptures and optical installations, art experiments in the field of minimalism and conceptualism, pop art and new figurativeness are still ahead of us.

Eduardo Costantini started his business empire by selling fruit. Sixty years later, his company is building skyscrapers and luxury housing in Buenos Aires. But Costantini’s critics complain that his ultra-modern houses are inaccessible to the middle class and that drug lords live there.

Millionaire Eduardo Costantini grew up in a large family – he had 12 brothers and sisters. So he had to play pranks all the time to get his father’s attention.

Upon graduation, Costantini earned a degree in economics from the Catholic University of Buenos Aires in 1971. After that, he went to Great Britain for a master’s degree at the University of East Anglia in Norwich.

Returning to Argentina in 1975, he set about building his own business empire and founded the investment company Consultatio.

He spent his first profits buying real estate, which he then sold at a higher price.

By the end of the ’70s business was going so well that the company began building residential suburbs of Buenos Aires.

And from 1991 to 1993 Costantini was vice president of Argentina’s largest bank, BBVA Banco Frances.

However, despite his success in the construction business, his passion was collecting art.

“One day in a gallery, I saw the work of the Argentine artist Antonio Berni,” he says. – That’s how I bought my first two paintings. And I haven’t been able to stop since.

Since then, he has amassed a huge collection of paintings and other works by artists from all over Latin America.

But he didn’t lock it away in his own home, and instead built the Museum of Latin American Art in Buenos Aires (MALBA), which opened in 2001.

These philanthropic leanings of Costantini were naturally widely welcomed. However, his construction business was not as popular; many of his projects were criticized. For example, the construction of a luxury housing complex in the northern Buenos Aires suburb of Nordelt.

The complex had been under construction since 1999 on what was once a wetland. Now the complex is home to about 40,000 people and has its own shopping mall, sports club, medical center and marina.

Famous soccer players, broadcasters, and businessmen have chosen this place to live, just an hour’s drive from congested Buenos Aires.

There are, however, some undesirable residents in Nordelt.

Nordelt is sometimes called a paradise for local drug dealers, whose families have found a safe haven here. Several people accused of organizing drug trafficking have been arrested in this very apartment complex.

Costantini says he is “concerned” about this state of affairs and is always ready to cooperate with the authorities in helping them identify these people, but very few undesirables live in his compound.

Costantini has also been criticized for not extending his field of interest beyond high-end housing for the wealthy. But Costantini replies that he simply enjoys “building high-tech housing for those who can afford to pay a little more.

“I had the utopian idea of starting a business in New York, and I even moved my family there,” Costantini recalls, “But it was more like Don Quixote going out fighting windmills because business whales like Merrill Lynch and Goldman Sachs were already doing business there. “So the city of the Big Apple didn’t accept me. After a few months, I went back to Argentina.” Despite his failure in the States, he has no regrets about having to return to his home country. “I can go back there now, I have money and experience, but I think I made the right decision then.”

Looking back on his life journey, Costantini says, “In the end, I think life is a collection of diverse moments and aspects of existence that you collect carefully and carefully.”