COVID-19 pandemic has seriously affected many areas of life for people around the world. Now, some countries are already gradually taking off quarantine restrictions, while others are still going through the hard times.

Of course, such a global problem was reflected in art, including street art. We talk about the most interesting works that appeared on the walls of different cities of the world during the pandemic. Many street artists repeat an important idea: it is doctors, nurses, and other people who continue to work on the front lines, are real superheroes during the global crisis.

Not all heroes wear raincoats

For example, an Amsterdam artist under the pseudonym FAKE portrayed a nurse in a mask with the logo of Superman. And the inscription on the Warsaw mural says: “Not all heroes wear raincoats.”

Other street artists turned their work into political statements and criticized authorities who did not take sufficient measures to prevent or at least curb the pandemic. Most of all, of course, went to US President Donald Trump, who has made several absurd and even dangerous, to their mind, statements in recent months.

In the same vein, Brazilian street artist Ira Okres Po portrayed Brazilian President Jair Bolsonaro. The artists believe that he was too careless about the pandemic and the increase in the incidence in his country.

The work of the Australian artist LUSHSUX shows President Xi Jinping in a protective suit says: “There is nothing to look at. Go on. ”

Some artists find a place for humor in any situation. In the case of the pandemic, the object of satirical sketches was people who swept canned goods and toilet paper from store shelves. For example, the Dominican artist Jesus Cruz Artiles, under the pseudonym EME Freethinker, painted on one of the walls in Berlin the character of Lord of the Rings, Gollum, clutching a treasured roll in his hands with the words: My lovely. 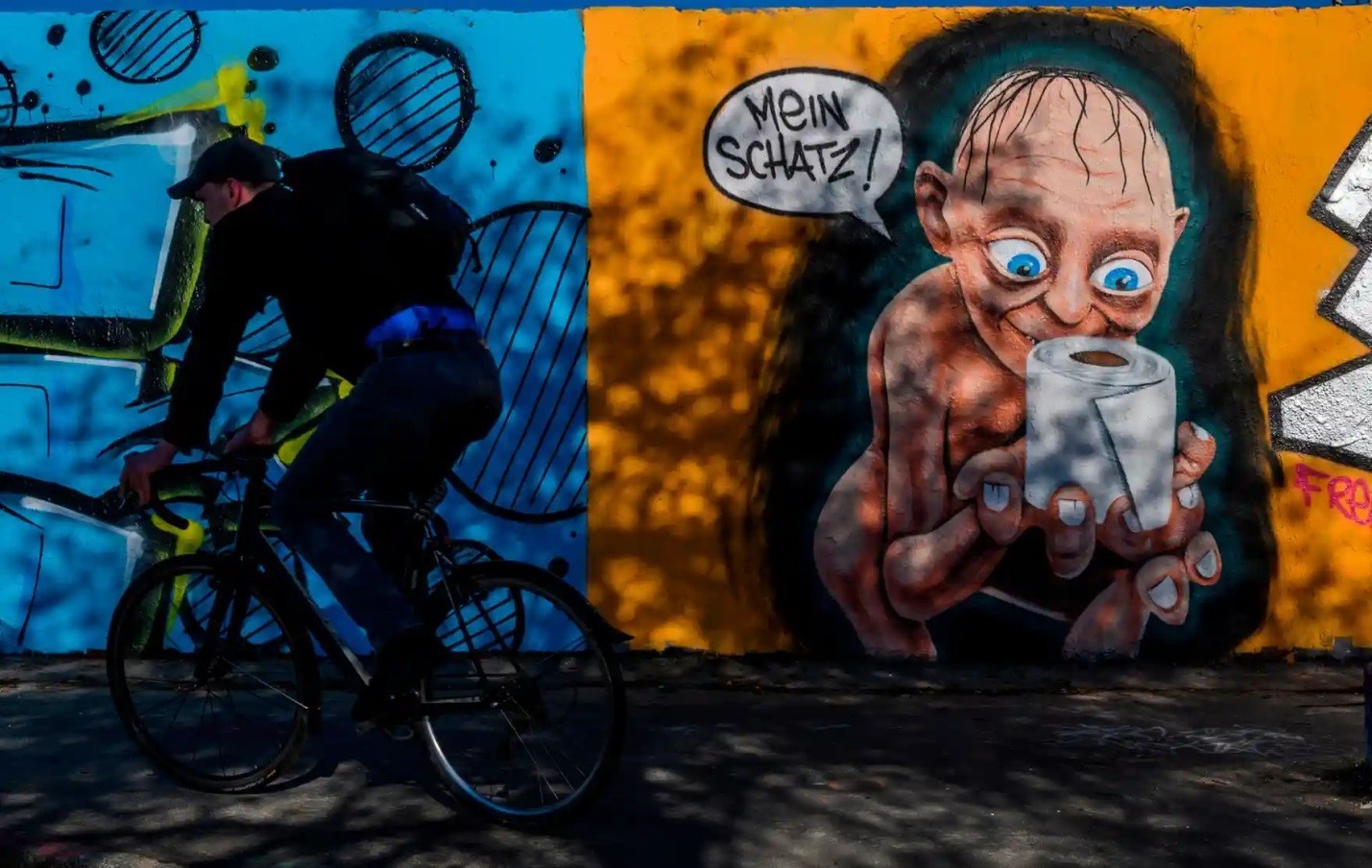 Street art often becomes a reflection of the news agenda, an integral part of mainstream media. Each picture that appeared on the walls during the pandemic is a comment, part of the spectrum of opinions. And these comments, unlike many others, do not need authoritative approval and permission, which allows street artists to talk about things that can be hushed up in the official media space. Mocking political leaders, bantering on base human passions, and fostering the courage of real people, these murals give people a short break from the flow of news and the psychological burden of the global crisis. The artists express common feelings: anger, fear, disappointment, but also great love, hope, and respect. And, perhaps, they help us feel unity and connection with each other.