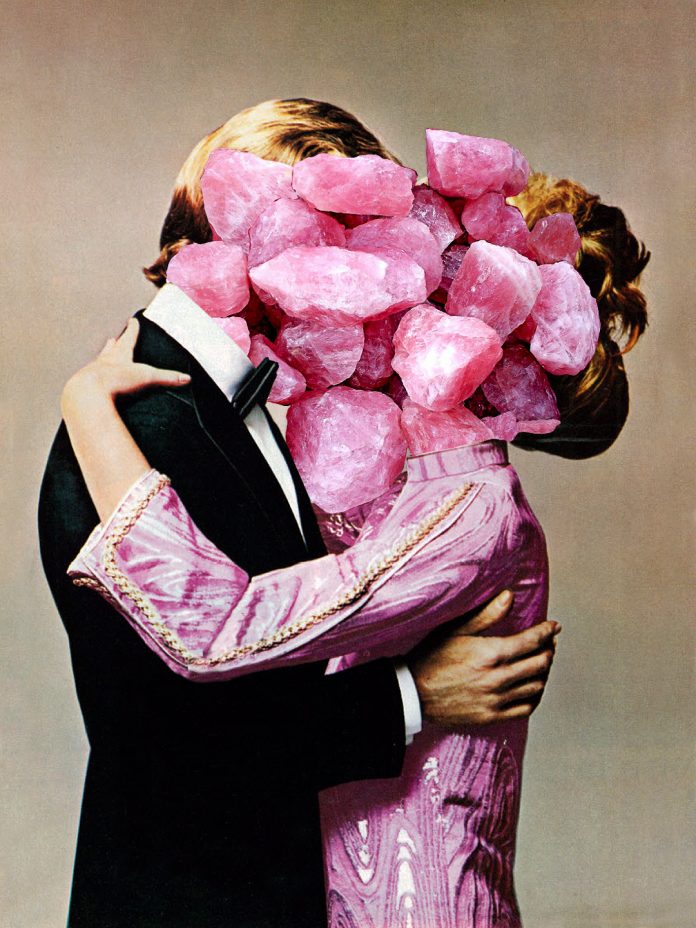 The American artist Eugenia Loli is the author of stunning digital collages that encapsulate the semantic aspects of pop art, dadaism, surrealism, and modernity.

Eugenia Loli’s career as a collage artist began in 2012 after completing an animated music video she made for her friends. Before that, she had tried herself in different fields: as a nurse, as a programmer, and even as a technology journalist, however, it was only after her first work as a film maker that she realized that her mission was to create bright, surrealistic and psychedelic collages. 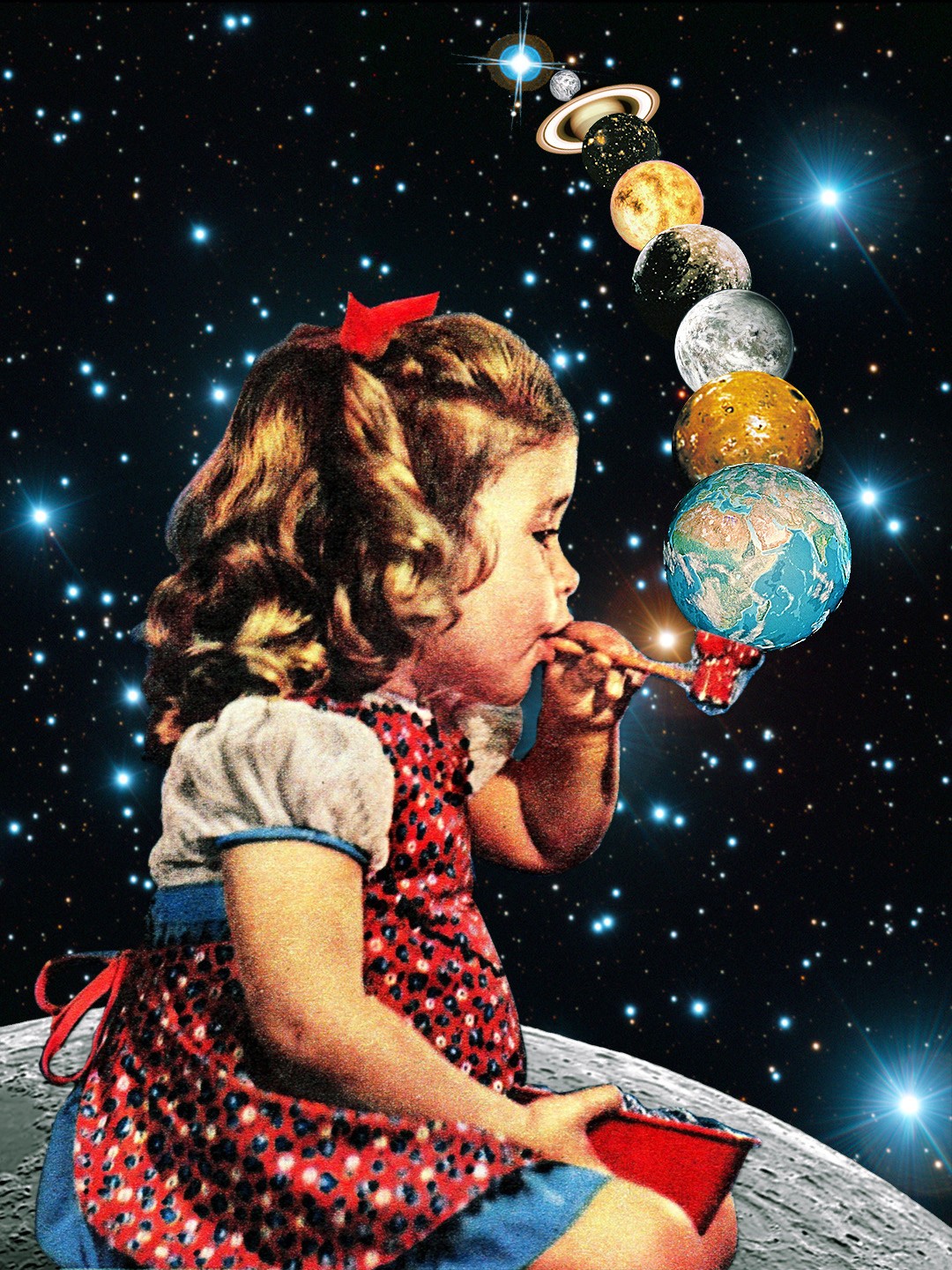 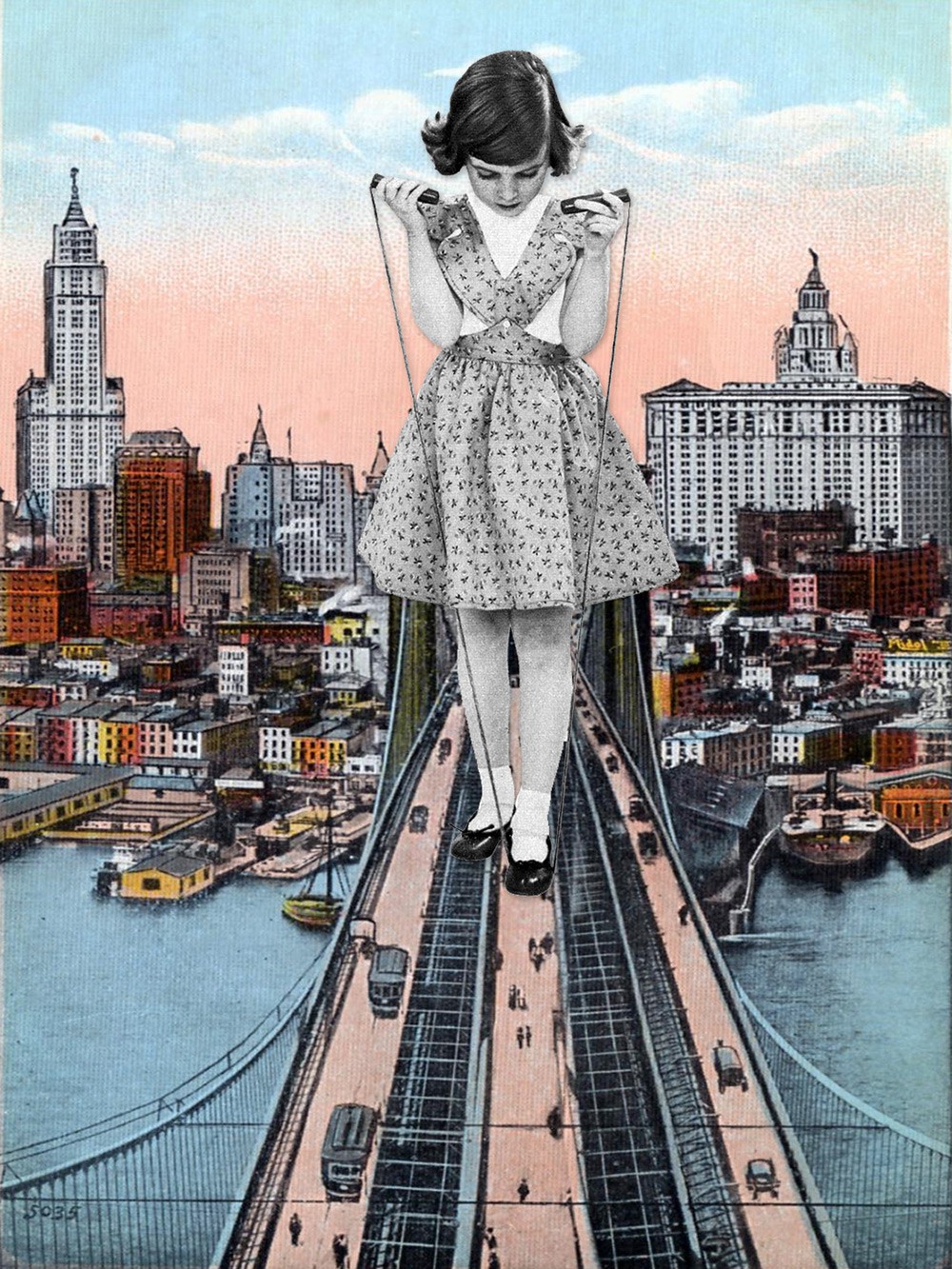 Eugenia takes characters and sets for her works from vintage magazines and scientific publications, carefully scanning page by page to preserve rare editions, she creates bizarre visual stories, borrowing stylistics of pop art, Dadaism and traditional surrealism. Her works are vibrant and diverse, fuelled by the story of herself, who was born in sunny Greece, studied in Germany and the UK, and who has now settled in California, where her exhibitions are held. 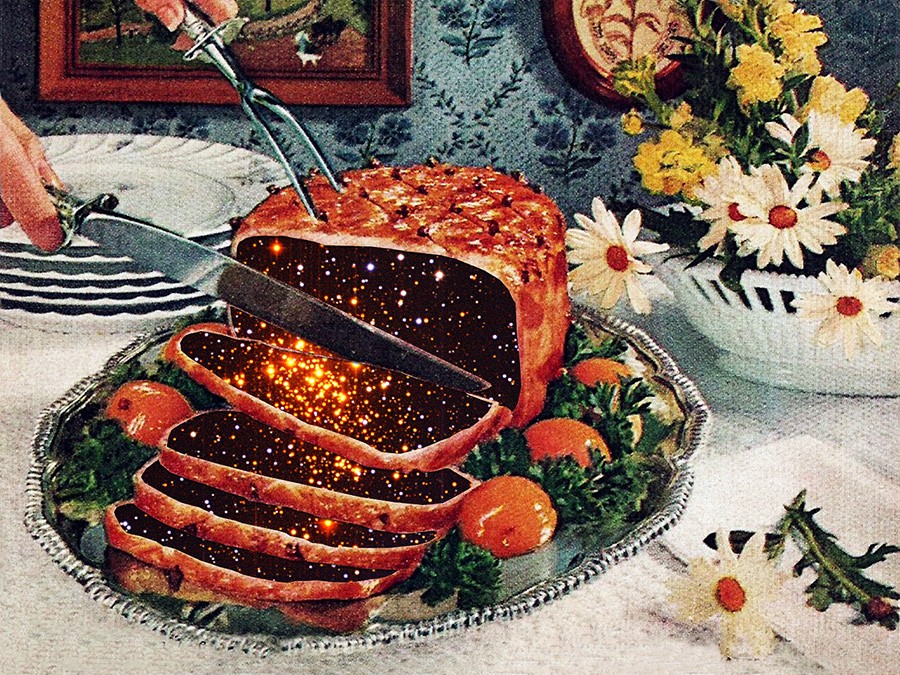 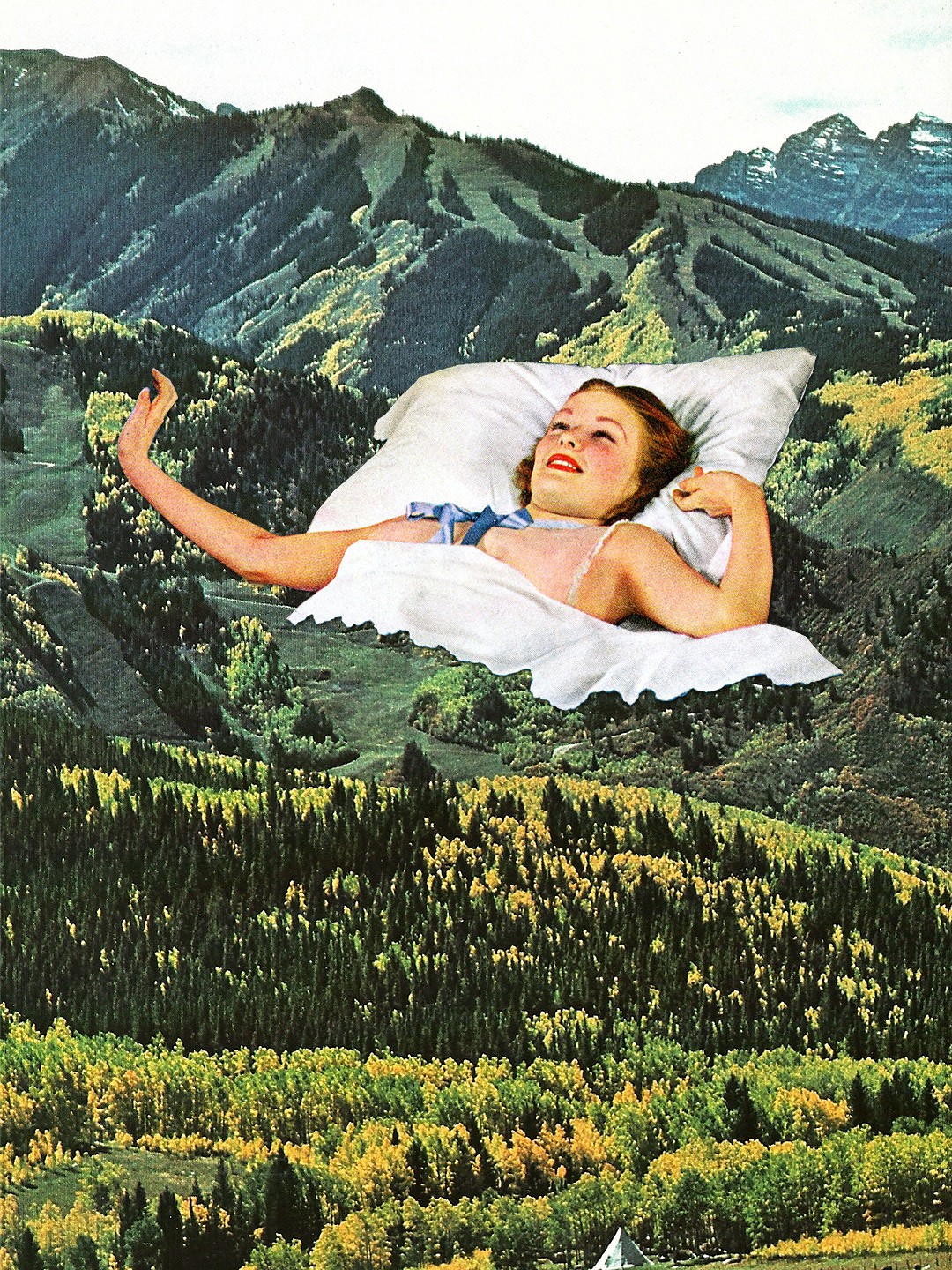 The backgrounds of “pictures” are unexpected and diverse and often inspired by the images of countries where the artist had lived or traveled before. Cosmopolitanism is an important key to understanding the richness of the creative world and the surrealistic contexts of the unusual Master.

Eugenia Loli began creating “nostalgia for a country that never really existed” in 2012 after working on an animated clip for an Indian musician. The inspiration for the artist comes from a wide range of sources, primarily an impressive collection of hundreds of old illustrated magazines and a passion for science fiction films.

For example, a woman kissing a literally brilliant young man inlaid with gold and gems, roast beef with mushrooms on the cut shows the stuffing of precious stones, an elegant lady carefully vacuuming the beach. 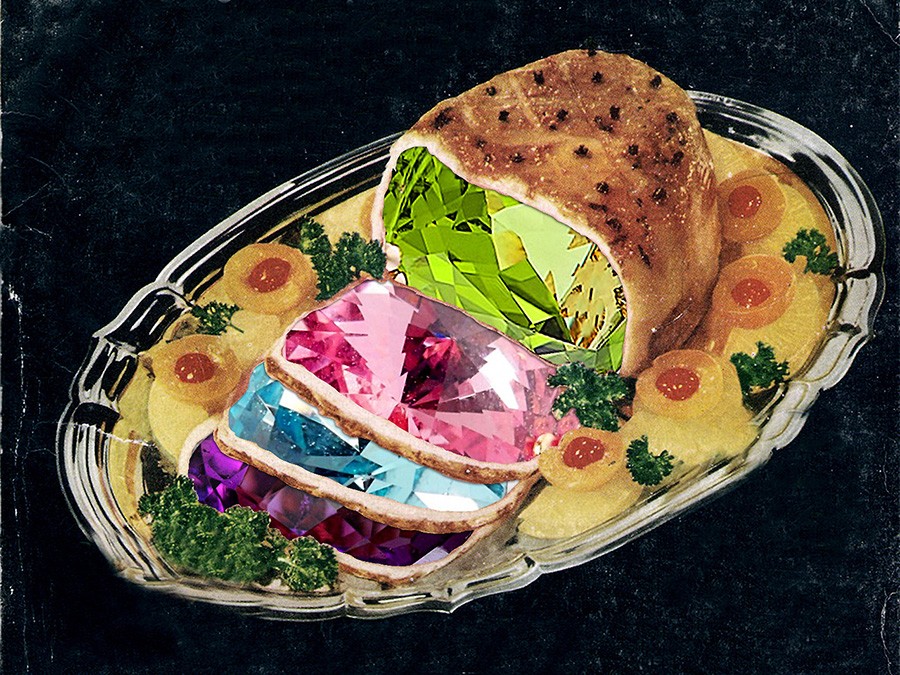 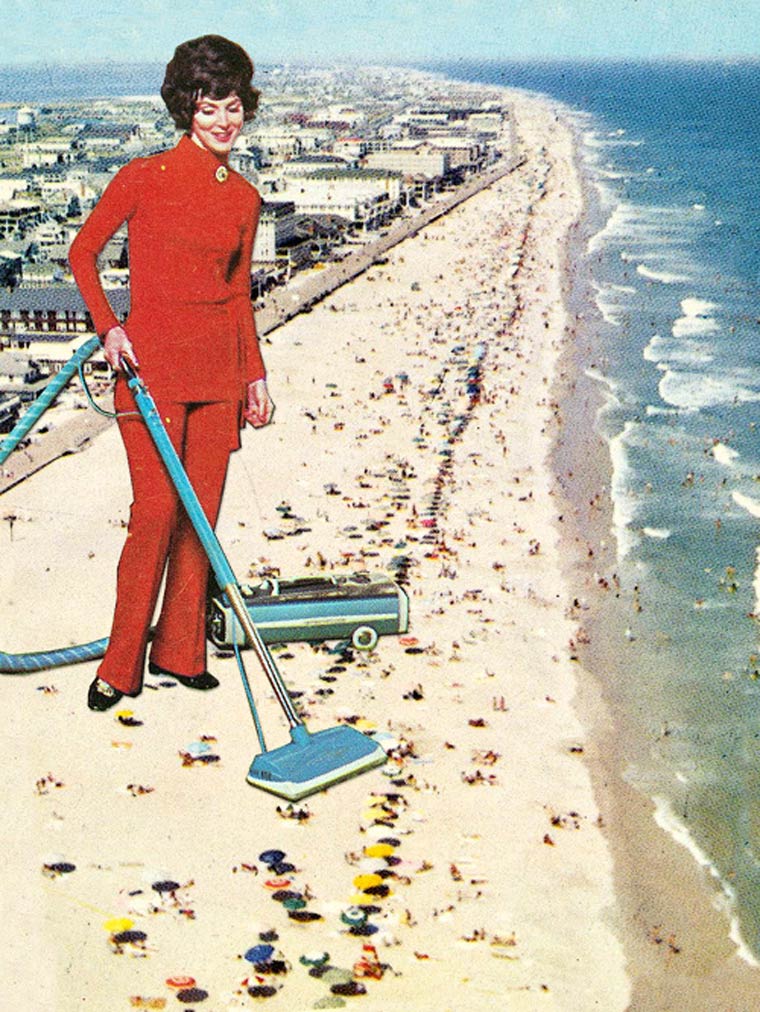 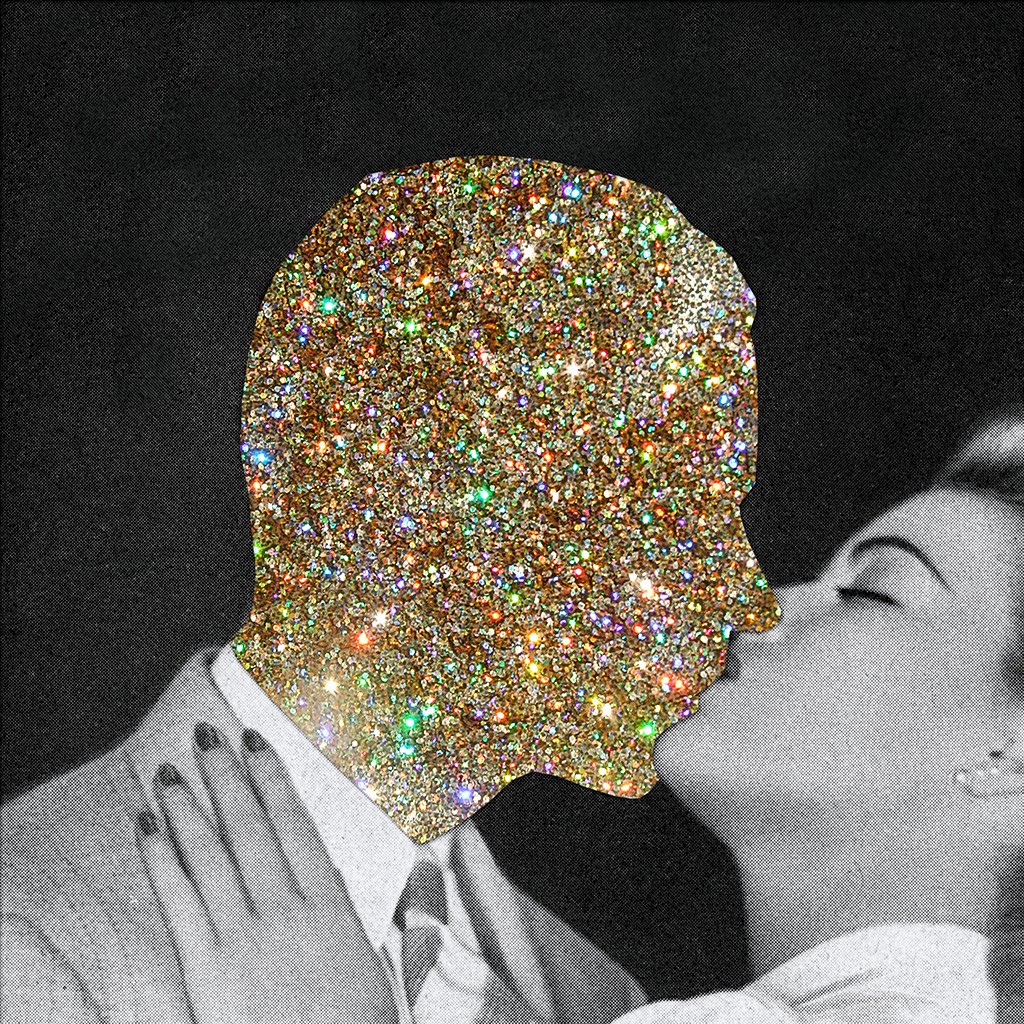 The artist plays with ambiguity to make the viewer participate in a fascinating game of imagination.

FINDING A SPECIFIC “STYLE” IS AN ARTISTIC DEATH.

Eugenia Loli does not seek to commercialize her activities, so her collages are mainly available for free download from her personal blog. 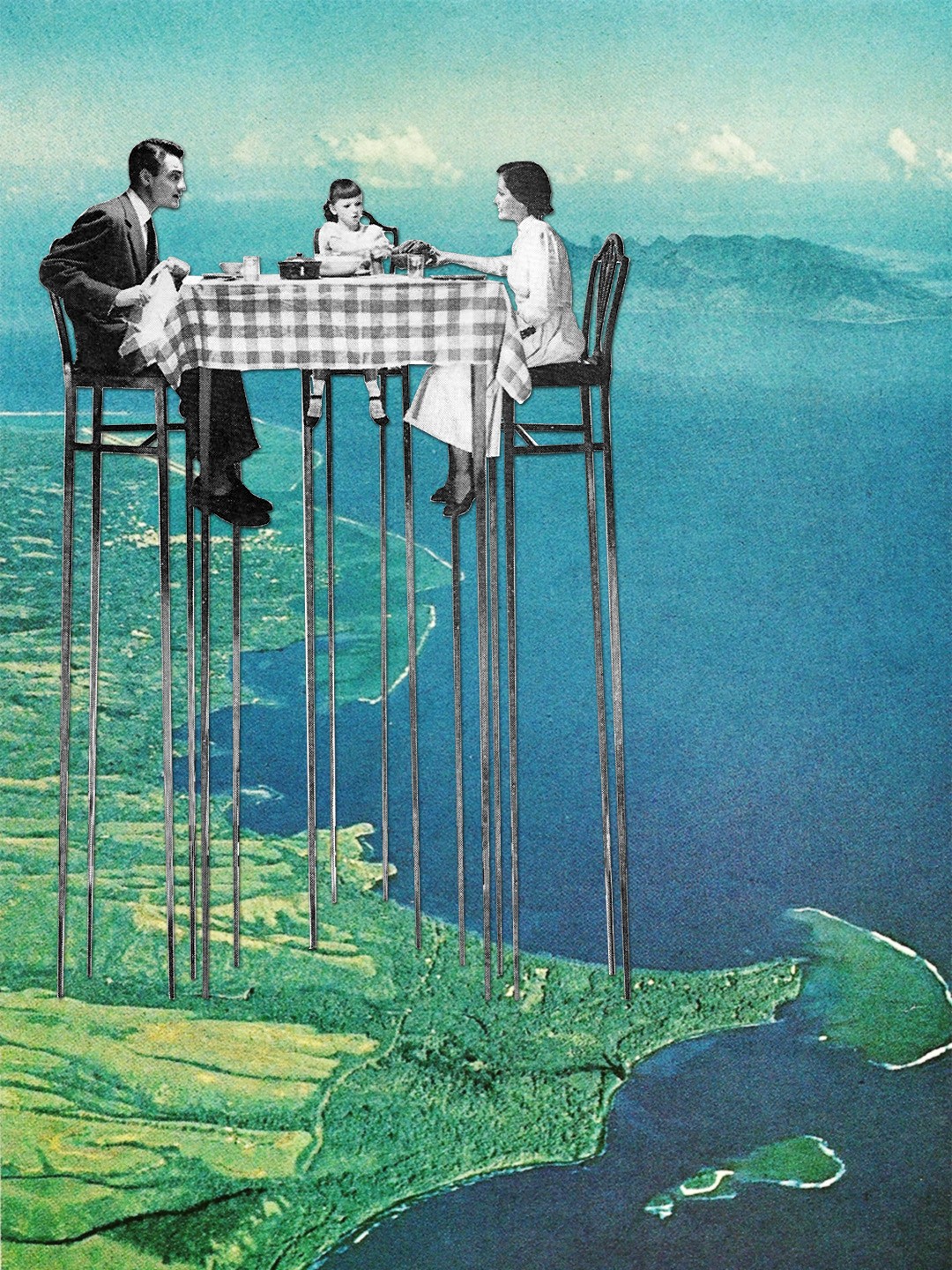 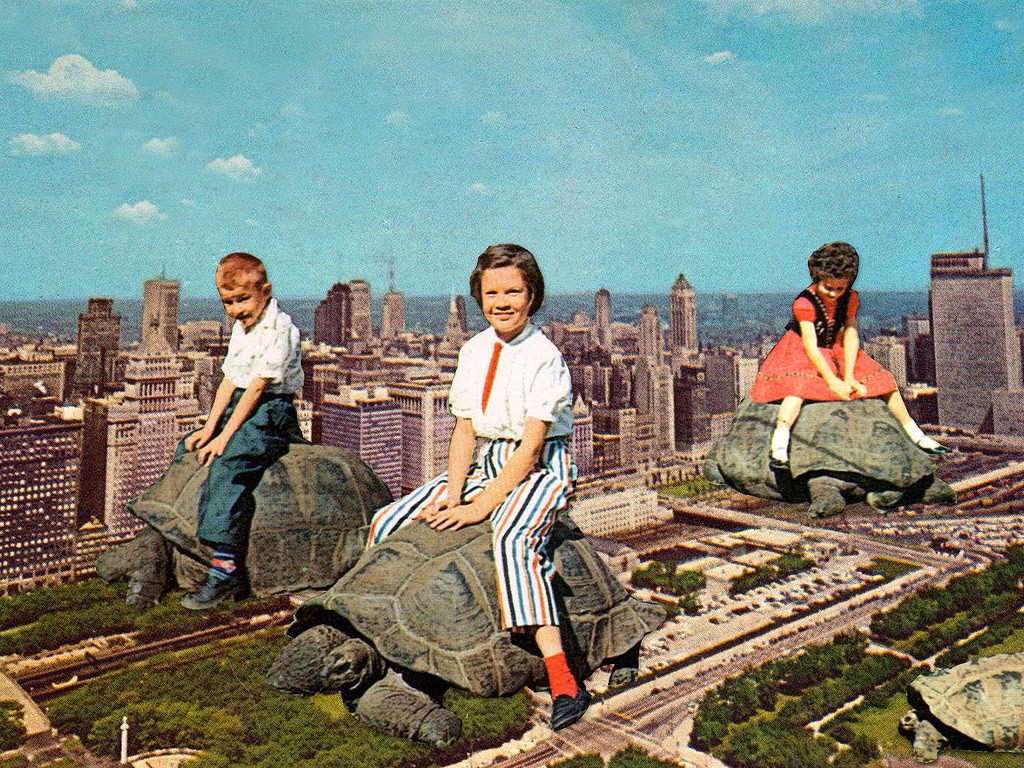 In addition to her own collages, Loli sometimes publishes works by colleagues who prefer the same style as she does. By the way, Loli calls her style “sarcastic surrealism”. Since 2013, the talented woman’s artwork has appeared in many thematic publications. Her work is now available at Wired Magazine, New Scientist, and she released a series of 5 collages for Cosmopolitan.

According to her words, she started creating such photo illustrations in 2011 and since then she has been doing it every day: “Every morning I wake up and literally feel that I have to make a collage. I’ve never experienced anything like it before, so I try to cherish that feeling in me”. 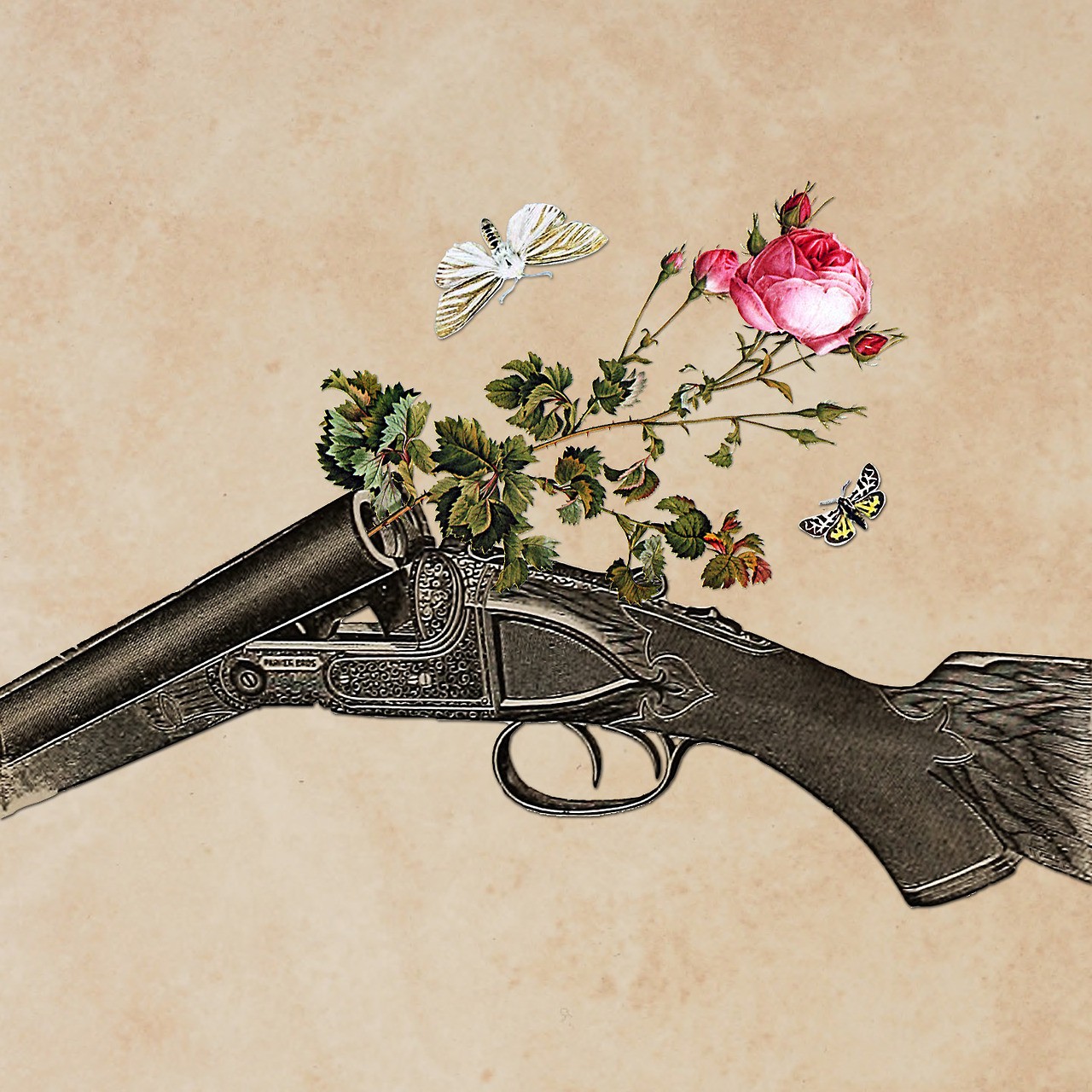 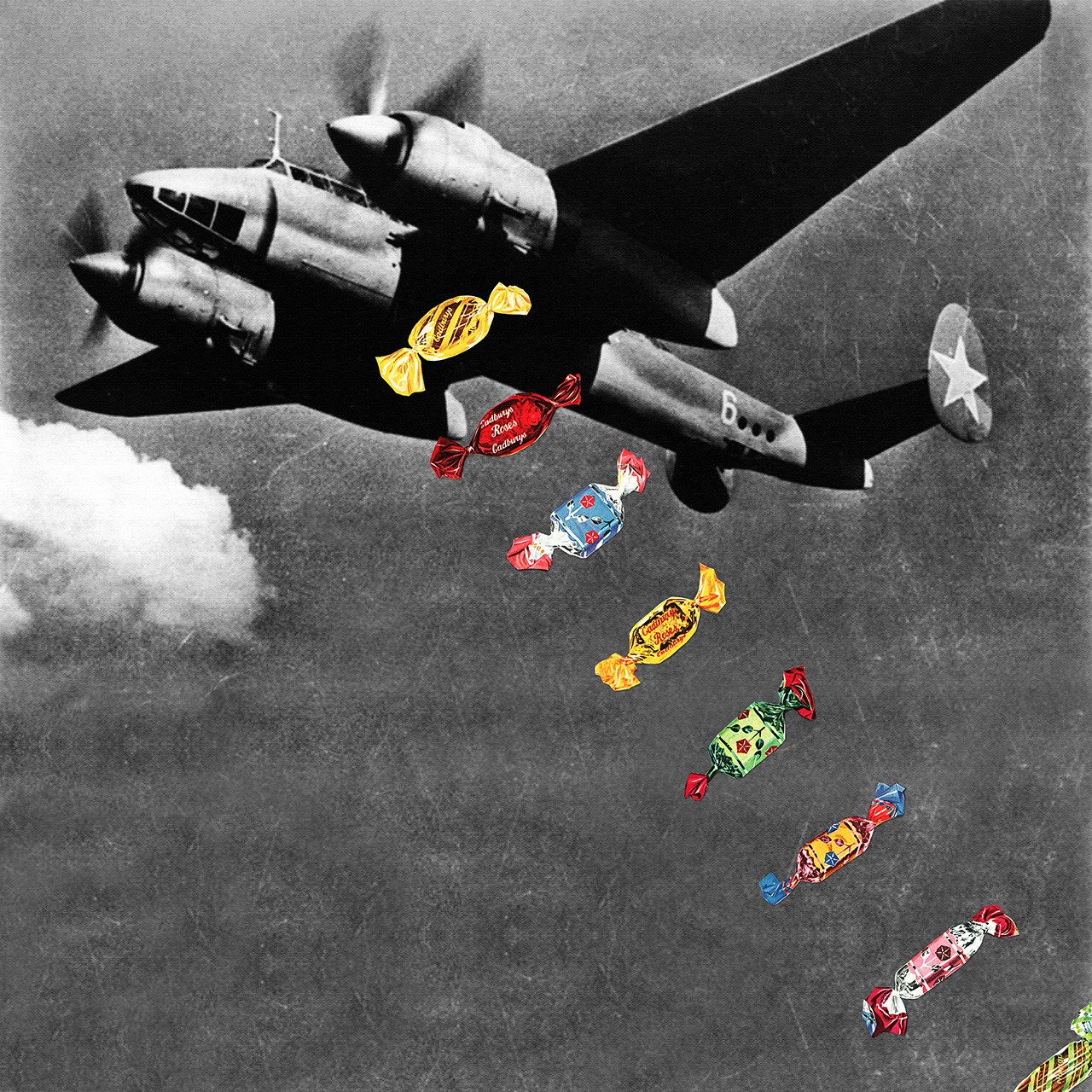 Eugenia Loli’s collages are often a visual story, a scene from a surrealistic film, and the artist knows how to stop in time and give the viewer the opportunity to come up with a story themselves.
Work on the collage begins with the search for a basic image, around which the scene begins to build. Sometimes Eugenia has an idea of what she wants to do, and sometimes she just uses images at random and tries to connect them. As the artist, herself says, most of the time she tries to say something important with the help of her art, but sometimes there is no specific meaning in her work – it’s just a collage in the style of surrealism. 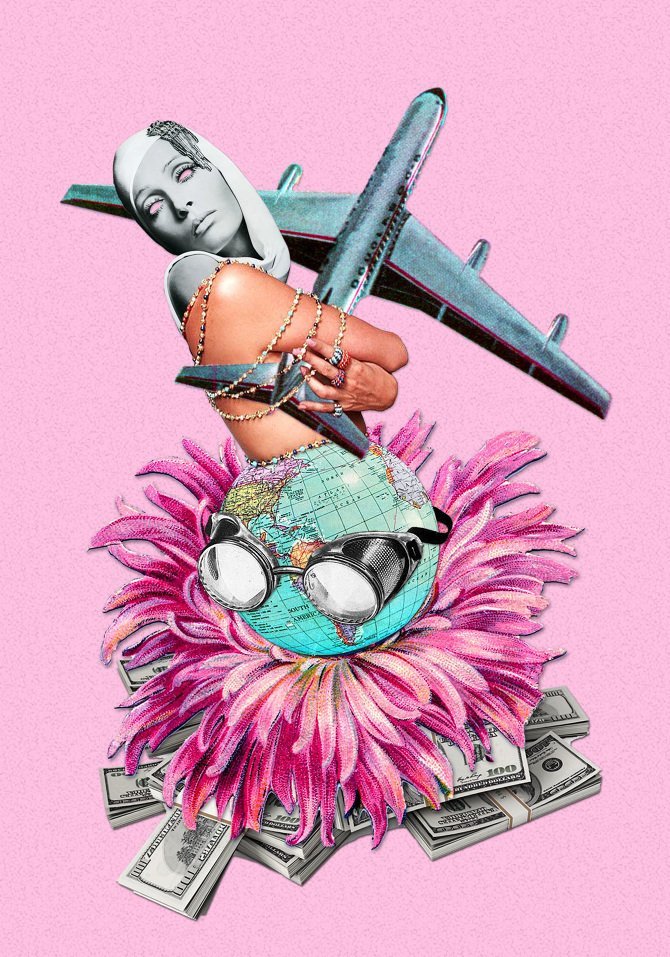 Sometimes scenes are witty or sarcastic, sometimes they cause a terrifying feeling of danger or tenderness, and sometimes when you look at them on the back runs a chill. Her works have their own viewer and admirer … Collages are clearly arranged in terms of composition, free of unnecessary details, deep in color, and most importantly, powerful in content. In fact, each work is a whole universe, a visual narrative, a frame of a surrealistic film, the plot of which can come up to the viewer himself. 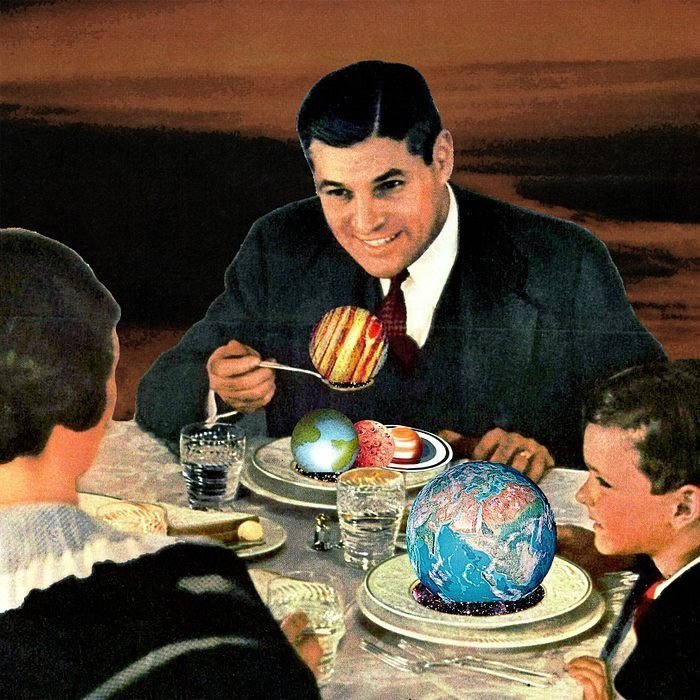 Digital collage has several advantages. The main thing is that there is no need to cut vintage magazines and illustrations, depending on the size of the paper original. Printed collages look the same as those glued from paper. And most importantly, they can become the property of thousands of people. Eugenia resists the idea of “uniqueness in art,” considering single paintings as ” elite nonsense”.

She doesn’t care how collectors with big money and galleries appreciate her work. The artist is sure that the developed recognizable style for a creative person is equivalent to suicide. In her understanding, the style is multiple repetitions of the same moves and techniques. The desire to quickly sell the work often deprives the artist of freedom, excluding the possibility of deviation from the developed style, which leads to stagnation in the art. 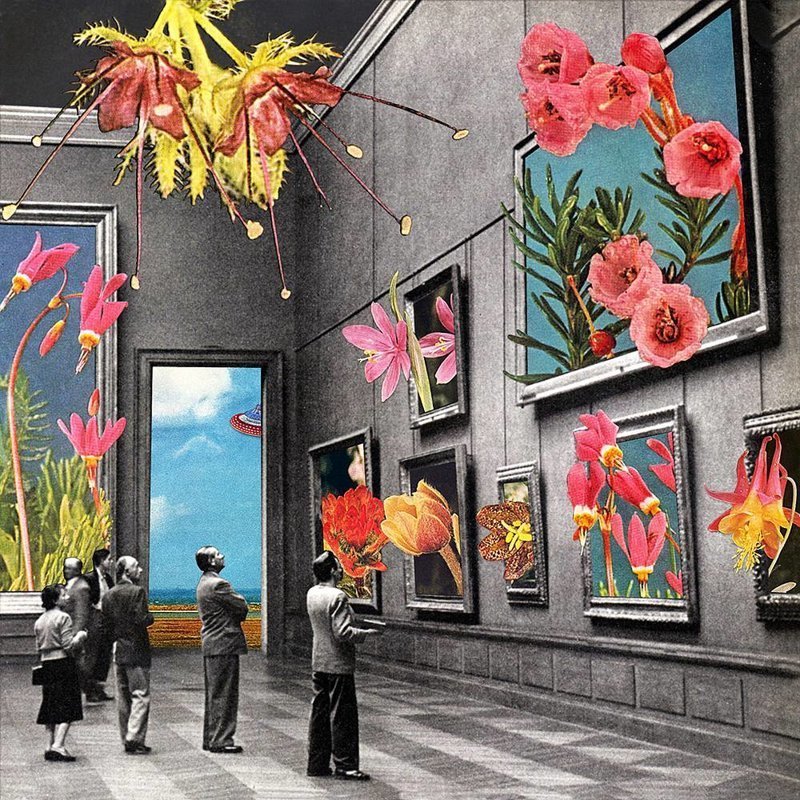 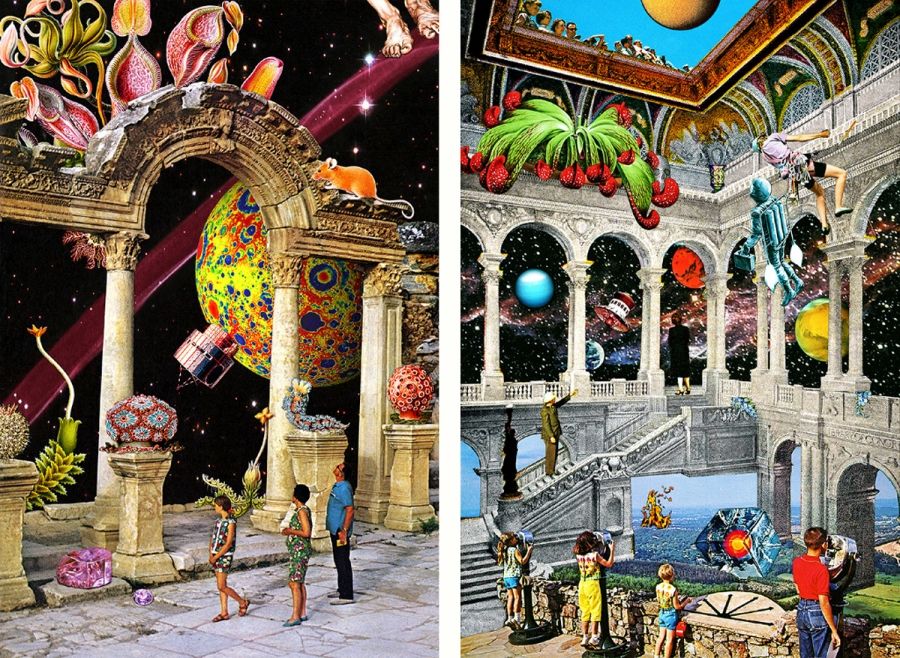 In this case, the works of the artist’s style can be traced. Although, Loli herself, does not consider the existence of some common features in her works a style and positions his works as “dadaism collage”, “surrealism collage” and “pop art collage”. In her understanding, art is a “utopia” that combines real life and dreams… Sometimes, walking through a park or through a city, she catches herself on a desire to collage with the reality around her. The result: a dreamy world in gold, ruby pink and diamond shine, accompanied by nostalgic notes, melancholy brown wallpaper characterizing the paintings. The secret of her paintings is an illusion. 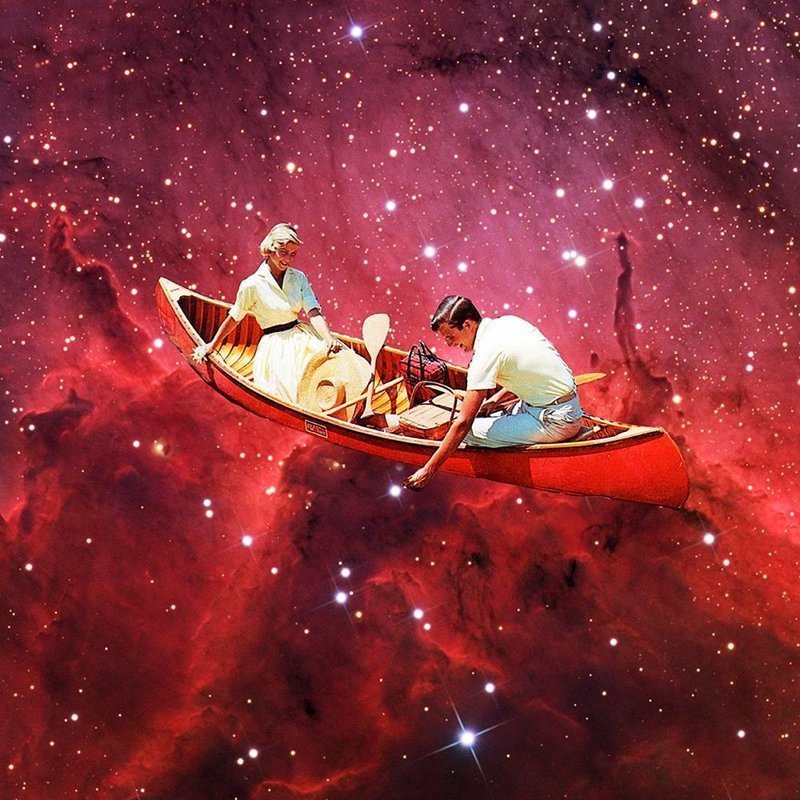