Home Art Swiss museums are permitted to reopen from 1 March 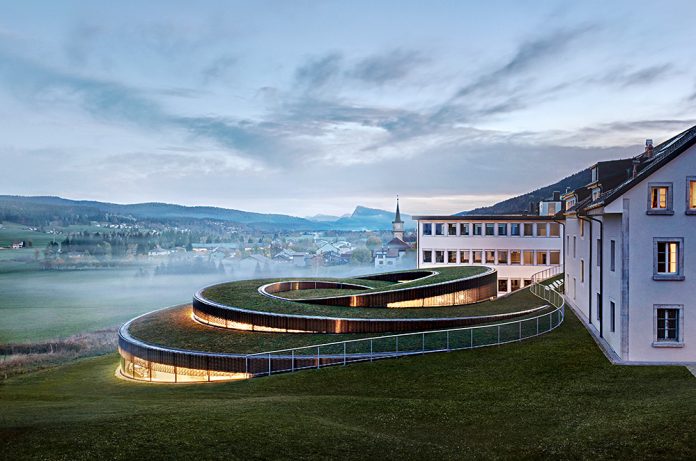 Switzerland is preparing to gradually lift restrictions imposed in connection with the pandemic. On March 1, stores, libraries and zoos will open, and groups of up to 15 people will be allowed to gather outside. This was announced by the Minister of Health of the country, Alain Berset:

– The situation is improving, it’s not yet completely benign, but it is improving. Based on the forecasts for the coming weeks and months, we can begin to gradually lift the restrictions. And if we act carefully, we can take the next step in early April, and then another.

The minister noted that thanks to the responsible behavior of citizens, the number of new diseases has been cut in half over the past month. It is assumed that on April 1 in Switzerland could open the terraces of cafes and restaurants. In the future, depending on circumstances, every month the authorities will make appropriate decisions.

It may seem surprising that Switzerland, with its population of only about eight and a half million people, has 1,118 museums! The historical and archaeological museums are of the greatest interest to visitors: several million people visit them every year.
A total of 13.3 million visits to Swiss museums were recorded in 2018, a full million more than in 2015 when the Federal Statistical Office (BfS) first started collecting and analyzing such statistics.

Of all the museums, the most popular were museums with archaeological, historical, and ethnographic profiles. All in all, during the reporting period they were visited by about 3.5 million guests. Thus they slightly overtook art museums and art galleries, which were visited by “only” 3.1 million people.

But local and regional “local history” museums, which make up the largest category of museums in Switzerland, generally recorded a decline in the number of visitors: only 670,000 people were interested in their exhibits in 2018. Three-quarters of all museums in the country receive fewer than 5,000 visitors a year.
In terms of geography, we can say that the “German” part of the country is the most fully “equipped” with museums. More than 70% of all museums in Switzerland are in the German-speaking area, the French-speaking area accounts for 20% of all museums, and the rest are distributed between the Italian and Rhaetoromanian parts of the country.

Here are the facts about the most unusual museums in Switzerland. Let them make Switzerland a little closer and closer to you.

* The Frog Museum was opened in 1927 in Estawayer-le-Lac in the canton of Fribourg. The Frog Museum boasts a collection of 108 stuffed frogs that live the lives of ordinary 19th century Swiss: amphibians can be found at school, as soldiers in the army, playing cards. The stuffed animals were created by the former soldier François between 1848 and 1860.

* As many as two sewing machine museums have made their home in Switzerland. And it is no accident, it is considered that Switzerland is the homeland of sewing machine type “merge”. First – the Swiss Sewing Machine Museum is located in Fribourg in the basement of a building of the XII century. Here you can take a tour in English of the 250 exhibits. The second is in the canton of Zurich, near the village of Dürnten. In it you can see the private collection of Roni Schmid, which includes several hundred antique cars and accessories.

* The remarkable Museum of Office Technology is located in Pfeffikon, Canton Zurich. The museum has 400 exhibits, including the world’s smallest mechanical calculators, logarithmic rulers and others. Office plankton will have something to see and compare with the set of a modern manager.

* The Schwingen Museum is dedicated to the national Swiss wrestling, which is popular in rural Switzerland. The legend of Schwingen is Karl Meli. His daughter is the founder of the wrestling museum, located in Winterthur.

* Shoe Museum in Lausanne, canton of Vaud. The museum exhibits will be of interest, especially to women. They will tell a history of shoes for five thousand years, from prehistoric times to the pre-industrial era, and slightly predict the future of this attribute of modern man.

* It is generally believed that the music box was invented by Genevan Antoine Favre-Salomon in 1796. In the nineteenth century, more than 40 companies in the town of Saint-Croix (canton of Vaud) were producing mechanical music boxes. So the music box museum just had to appear here. The former Paillard factory is home to a museum of old music boxes, singing birds, and mechanical jukeboxes.

* Zurich Museum of moulage is a collection of affected body parts. It was created by medical students of the University of Zurich at the research center. The museum exhibits show visitors skin diseases such as eczema, leprosy, as well as very rare, “live” which can hardly ever be seen.

* In Islicon, Canton Thurgau, there is the Telephone Museum. Thanks to its 760 exhibits from all over the world it is possible to trace the history of this type of communication. Among the most interesting exhibits are the first answering machine from 1898 and the 20-kilogram fax from 1982.

* The museum of the once forbidden beverage in Switzerland is located in the municipality of Motier in the canton of Neuchâtel. The drink, to which Gauguin, Hemingway, and even the scary and terrible Merlin Manson had a weakness, became the basis of the Absinthe Museum. Here you can trace the history of this drink in Switzerland, learn its chemistry and scientific facts about absinthe.

* In the town of Kriens, canton of Lucerne, the Neuhaus Chess Museum has been opened, where more than a thousand chess sets are on display to the visitor. The museum exhibition offers a trace of the history of chess and the conquest of the human mind. Also provides a wonderful opportunity to compete in this ancient game with artificial intelligence – the computer. The museum is based on the collection of Hamburg entrepreneur Jürgen Raf, who has been fascinated by the game since childhood.

Museum of Art and History in Geneva

In the territory of the described country, it is considered the largest. The collections include more than 650,000 exhibits, ranging from paintings to archaeological artifacts. The total area of the museum is 7 thousand m2. To find this place in Geneva, you can be guided by the Cathedral. The museum itself is located in a beautiful palace, decorated with columns, it is made in the style of classicism. On the roof, you can observe stone sculptures. You can see the permanent exhibitions for free, but you have to pay for temporary collections. 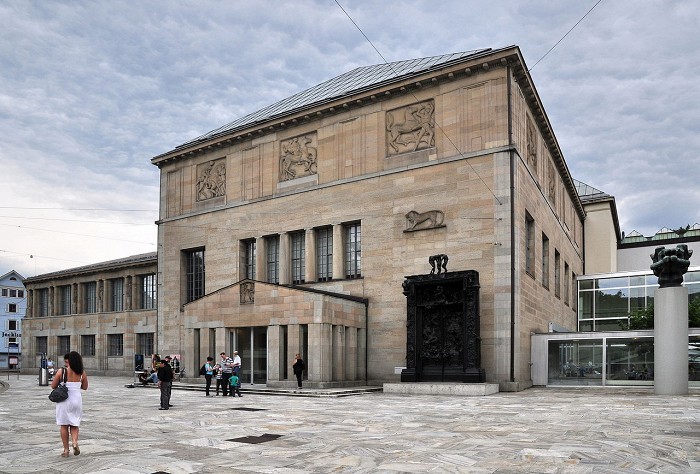 The collections of the Kunsthaus Zurich are the envy of any European gallery. For example, in the exhibition halls of the museum, you can get acquainted with the works of painters from the 15th century to the present. The Kunsthaus museum often displays works by Picasso, Claude Monet, Peter Rubens, Van Gogh, Salvador Dali, and other world-renowned artists. 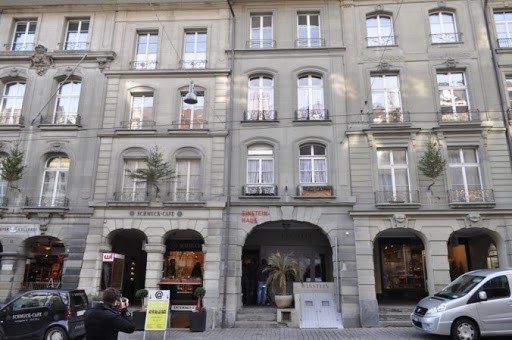 The author of the theory of relativity and the actual founding father of modern physics, a humble employee of the patent office, Albert Einstein lived for two years on Kramgasse in the Swiss capital. This outstanding fact could not, of course, be ignored by Berners – and today at this address you can visit the house-museum of the genius and touch the original furnishings of his dwelling. 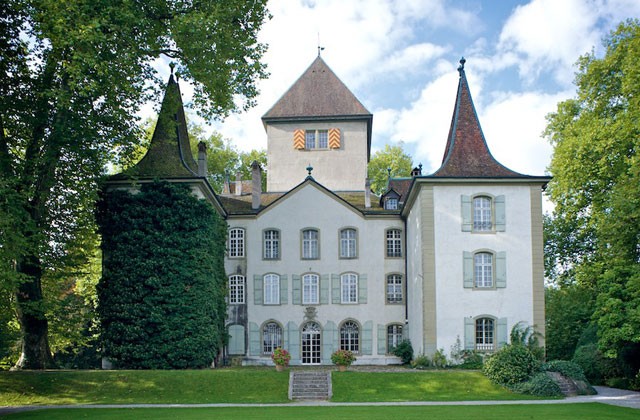 Jägensdorf was once a classic medieval castle, later transformed into an elegant baroque country residence. This happened in 1720 when the owner of the castle was Albrecht Friedrich von Erlach. Since 1936 the castle has been home to the Museum of Bernese Home Decor. Visitors will see superb patrician interiors with original furnishings of the nobility from the time of the Bern Republic. 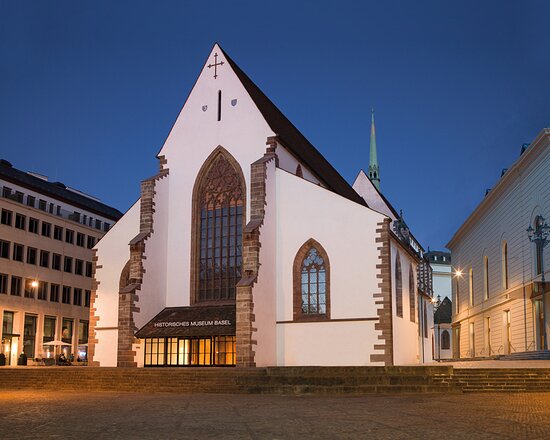 The Basel Historical Museum is considered one of the largest and most important museums in the country. It is no coincidence that it is on the list of the cultural heritage of national importance and is protected by the state. The main part of the museum is housed in the late 8th century Gothic Franciscan church, located in the heart of the city. During the Reformation wars, it was destroyed and for almost four centuries it stood abandoned or was used for household purposes.

The Swiss Confederation is a unique place for the development of tourism and, closely related to the tourism business, museum services. The following factors contribute to the popularity of Switzerland as a “historical reserve”:

A rich history, carefully preserved by descendants;
The presence of museums of various orientations throughout the territory of Switzerland, their close cooperation with each other;
Properly developed marketing with competent advertising;
Flexible pricing policy, a large number of benefits.

Switzerland – the country of museums

Tourism – one of the main income items of this country, and museum exhibitions – one part of the product sold in the tourist market. There are many different exhibits in Switzerland, there are public, private, university, scientific institutions, etc. museums, but most are owned by municipalities. All the cultural network of the country perfectly does its job – entertains tourists, introduces them to the Swiss way of life and manners.

This small Alpine country allows you to get acquainted with several developed European cultures – German, French, Romansh, and Italian, which is also unique.
Another distinguishing feature of Swiss expositions is the right approach to learning about the country. Those who organize such business constantly “keep their hand on the pulse, all the time modernizing the expositions, adjusting them to what is now in demand in the market of such services. At the same time, some of the exhibits are removed and replaced by “fresh” ones, which will attract even more tourists. Even those who have already visited the exhibition once will go there again, knowing that they can see something new and interesting. This clever approach is a win-win situation for everyone, for the state, and for tourists.

All museums in the country are “people-oriented”, which is something you won’t find elsewhere. Burgdorf, for example, exhibits 250 musical instruments and 20 of them can be played by any visitor.
The Basel Museum of Art offers plenty of room for creativity. You can try your hand at being an antique craftsman yourself.
Many of the museum spaces sell books, postcards and other souvenirs of the exhibits, as well as items made by local artisans. This increases the popularity of these venues.
In order to attract even more visitors, a flexible payment system is used. All prices for visiting exhibitions are quite democratic, besides there are many benefits for children, families, pensioners, students, group visits, etc. If you want to save even more, you can buy a season ticket or a special “museum ticket” to visit all museums, exhibitions, and expositions in Switzerland at a reduced price, without wasting time buying tickets, besides in every major city are sold local one-day passport for travel around the city and visiting exhibitions. Sometimes this passport also includes visits to similar places in neighboring countries.
140 museums in Switzerland, Germany, and France have developed a single museum passport that allows for 45 euros a year to visit almost all permanent and temporary exhibitions taking place in each of them.

Swiss museums under the wing of the state

The Swiss government is well aware that tourism must be developed, so on the maintenance of the museum network annually allocated certain far-small amounts. Especially well resourced the National Museum of the country, there are constantly purchased new exhibits, and for the development of these museums annually allocated funds. In this way, the market-demanded product called “tourist Switzerland” is perfectly marketed. This is a case where everyone is happy: tourists are not bored, and the country receives a lot of money from visitors who come to visit the country’s museums.

Monastery of the Anglo-Saxon Queen Cynethryth excavated in the village of...