Home Art The Metropolitan Museum of Art Is Waiting For Visitors 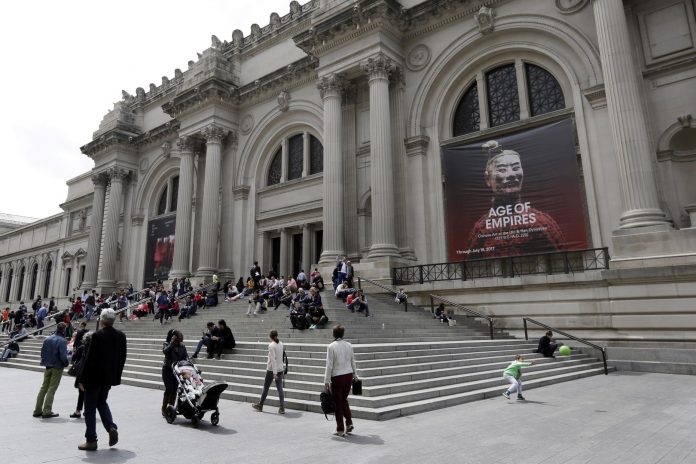 According to the information from the website, the Metropolitan Museum of Art in New York has reopened after a long hiatus caused by the coronavirus pandemic.

For season ticket holders, the museum is opened from August 27, and from everyone else-from August 29. Now, the Metropolitan Museum is open five days a week, excluding Tuesdays and Wednesdays. From Thursday to Friday, inclusive, the schedule is 12:00 – 19:00 EST, Saturday through Monday, inclusive – 10:00 – 17:00.

The management of the museum introduced sanitary security measures in connection with the pandemic. The visitors are required to wear protective masks and maintain a safe distance from each other. Their number should not exceed 25% of the maximum capacity of the premises.

At the entrance, the temperature of the guests is measured, wardrobes are temporarily closed, the range of buffets is limited only to drinks. 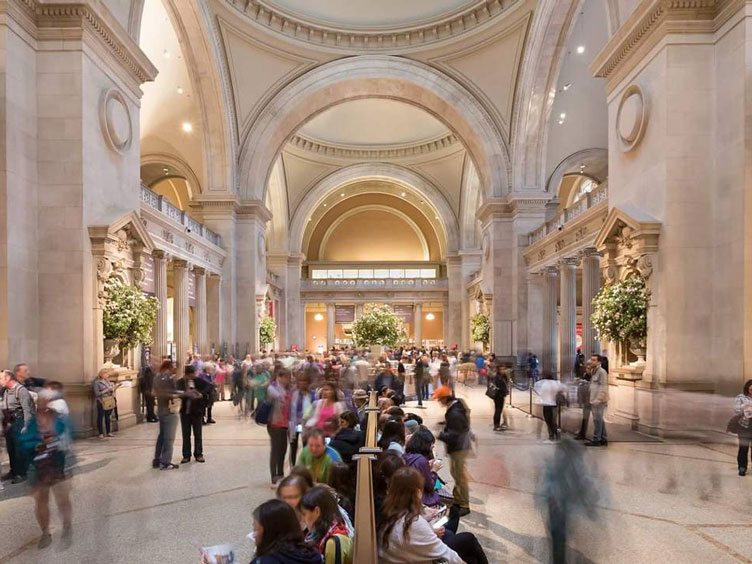 8 Fun Facts about the Metropolitan Museum

The Metropolitan Museum of Art is known as the Met. It has 17 curatorial departments, 2 million square feet of gallery space, and over 2 million works in its permanent collections. The museum contains more treasures than most visitors will be able to see in a lifetime.

It is hard to summarize the history, content, and heritage of the New York Museum in one list. But, there are 8 facts that will make you see the museum a new light.

MET WAS NOT ALWAYS HUGE

The Metropolitan Museum in New York was founded in 1870 by a group of businessmen, financiers, artists, and culture lovers. Today, it is known for its sumptuous excavations on the Museum Mile, the Fifth Avenue strip that borders Central Park, but the institution was originally housed in a much smaller building at 681 Fifth Avenue, which housed a Roman stone sarcophagus and 174 European paintings.

The Metropolitan Museum of Art collection quickly became too large for the site. And in 1873, the museum was moved to an estate on West 14th Street, known as the Douglas mansion. It remained there until the builders completed their permanent seat in 1879.

As the contents of the Met have accumulated over the years, various additions have been added to the building. Today, the original structure is surrounded by more modern fenders.

However, you can see its original west facade in the Robert Lehmann Museum Outbuilding, which houses 2,600 works that once belonged to the famous banker.

THE MUSEUM HAS RECENTLY PRESERVED ITS ICON-WRITTEN METAL BUTTONS

If you visited the Metropolitan Museum of Art before 2013, you probably got a metal button emblazoned with the museum’s logo (and accidentally left it pinned to the lapel of your jacket after you left the premises).

Iconic proof of recognition was introduced in 1971. But high metal prices in recent years have made the keychain too expensive for museum officials. So, in 2013, the meteorologist removed the button in favor of a sticker.

The new proposal will probably never be as nostalgic as its predecessor, which has been included in works of art for years, featured on souvenirs in museums and collected by zealous patrons.

THE MET HAS GOT A FLOWER ARTIST

Each week Remco van Vliet – a Dutch florist whose father’s flower shop once supplied flowers for the country’s royal family – releases five tall bouquets for the Great Hall of Metropolitan Museum of Art. Van Vliet’s arrangements stretch to a height of 10 to 12 feet.

Meanwhile, the flower works he creates for events held in the museum’s Egyptian wing can be up to 20 feet. The museum’s longest work is a 16th-century Egyptian carpet; its smallest piece is a 1.1-inch cylinder from ancient Mesopotamia, which was used to print impressions on clay. And its oldest object is an Iranian storage vessel dating back to 3800 – 3700 BC.

IF YOU LOVE MUSIC MORE THAN ART, YOU DON`T NEED TO MISS A TRIP TO THE METROPOLITAN MUSEUM IN NEW YORK

The museum has a collection of around 5,000 instruments, one of which is the world’s oldest surviving piano. The ancient instrument dates back to 1720 and was created by Bartolomeo Cristofori, an Italian who is credited with inventing the instrument.

THERE ARE MANY ARMOR AND WEAPONS WITHIN ITS WALLS

If you’re the macho type who doesn’t like music or art, you can still check out the armor of Henry VIII, which the king probably wore during his last military campaign in 1544, and other impressive examples of combat gear at the Metropolitan Museum of Art.

Fashionistas can find their place at the Museum’s Costume Institute, which boasts over 35,000 historical, contemporary, and culturally significant garments and accessories.

YOU CAN TRAVEL AROUND THE WORLD

While attending the Metropolitan Museum of Art, you can temporarily leave New York. Visitors of Met can stand in an ancient Egyptian temple, contemplate Zen thoughts in the Chinese Garden Yard, stroll around the courtyard of a 16th-century Spanish castle, or visit the bedroom of a villa that was swallowed by the eruption of Vesuvius in 79 AD.

YOU CAN TRAVEL BACK IN TIME

There are medieval art and artifacts in the Northern Manhattan branch of the Metropolitan Museum of Art. The monasteries over the Hudson River and are surrounded by lush Fort Trion Park. Its idyllic location makes it a popular day-trip destination for city residents.

One of the largest museums in the world

More than 6 million people visit the Metropolitan Museum of Art annually. Founded in 1870 from three private collections of paintings, the museum over time has become a real treasury of world art. The Met has 17 thematic branches, divided by continent and period of history. This is an incomplete list of those exhibitions that you can visit:

In addition to 17 permanent ones, there are almost a dozen temporary exhibitions that periodically replace each other. A distinctive feature of the Metropolitan Museum is its funding: at the expense of patrons and donors, and the state allocates only a small fraction of the funds.

The halls collection of Greek and Roman art has over 17,000 pieces dating from the Neolithic era to the Roman Empire’s adoption of Christianity in 312 AD. These are numerous antique vases, vessels, household items, statues, jewelry, and military armor, placed in the halls of appropriate light shades, by analogy with the marble palaces of antiquity. In addition, some of the rooms houses exhibits from pre-Greek and pre-Roman eras, including examples of Etruscan art in Italy.

An equally fascinating exhibition dedicated to the art of Ancient Egypt in the Metropolitan Museum of Art. Mummies, sarcophagi, fragments of tombs, as well as religious and household items, jewelry, and much more await visitors in this section. In total, there are about 26,000 exhibits. But the main treasure of the exhibition is the whole ancient Egyptian temple of Dendur.

An exposition dedicated to the art of Asia is also replete with antiquities. It is also one of the most numerous. Paintings, sculptures of various sizes, examples of decorative casting, woodcuts, writing, ceramics, and other works of art from all regions of Asia are exhibited here. The halls of this section are decorated in the corresponding style. Getting into them, you will find yourself on the other side of the ocean, among teahouses and pagodas.

The ancient world is also presented in the museum with an exposition dedicated to the art of the Middle East. It included both the first civilizations and the art of Islam. This collection is considered the most complete in the world. Among them, there are clay tablets with the first writing of Sumer, seals, weapons, jewelry, household, and cult items.

One of the most numerous collections of the Metropolitan Museum dedicated to the art of Africa, America, and Oceania deserves special attention. The art collection from Sub-Saharan Africa, the Pacific Islands, North, Central, and South America has over 11,000 works of art in a variety of materials and types representing different cultural traditions from 3000 BC until now.

Major exhibitions include decorative and ceremonial objects from Nigeria, sculptures from West and Central Africa, images of gods and spirits from New Guinea, the islands of Melanesia and Polynesia, and Southeast Asia. In addition, the museum contains objects of everyday life and cult from precious metals, ceramics, and stone of pre-Columbian cultures of Mexico, Central, and South America. 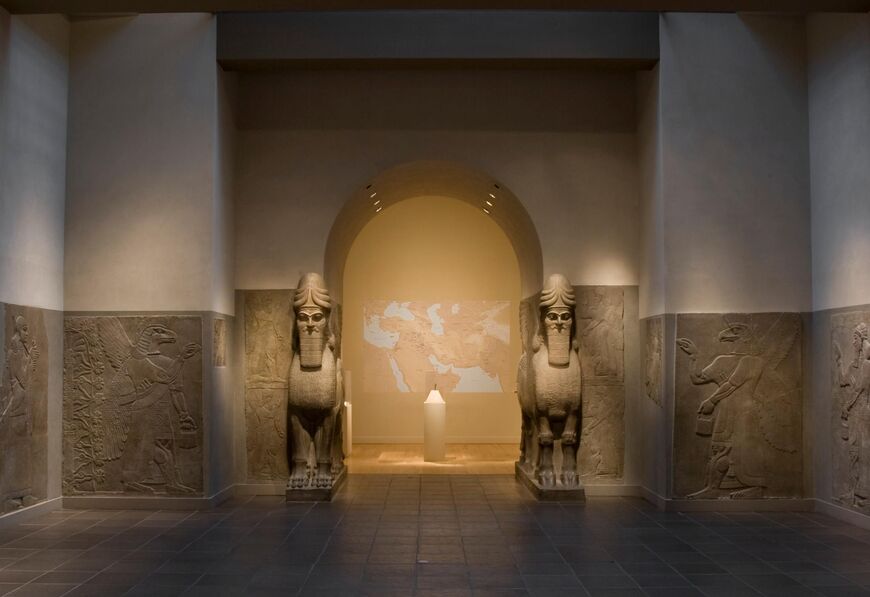 Separate rooms are given over to a rich collection of musical instruments from all over the world, of which there are about 4000 pieces. Here you can see both ancient ethnic and medieval European instruments. Their exhibition opened for the first time in 1942 and in just 70 years has grown to become a separate museum.

A separate section “Arms and Weapons” complements and continues the theme of the Middle Ages. These items have been a vital part of almost all cultures for millennia, they played a key role not only in conquest and defense but also in court fun and ceremonial events. Throughout time, the best armor and weapons represented the highest artistic and technical capabilities of society and the period in which they were made.

Halls with armor and weapons are divided into eras and countries. The exposition is mainly devoted to European uniforms and weapons.

But the largest exposition is European Sculpture and Art of the Metropolitan Museum in New York. It includes about 50,000 items dating from different periods from the beginning of the 15th to the 20th century inclusive.

It includes sculptures of various sizes, woodwork, ceramics and glass, metal and jewelry, watches, tapestries, and textiles. Ceramics produced in Asia for export to European markets, as well as sculpture and arts and crafts produced in Latin America during this period, are also included.

In addition, the collection includes numerous handwritten books that occupy a worthy place among other objects of the era. 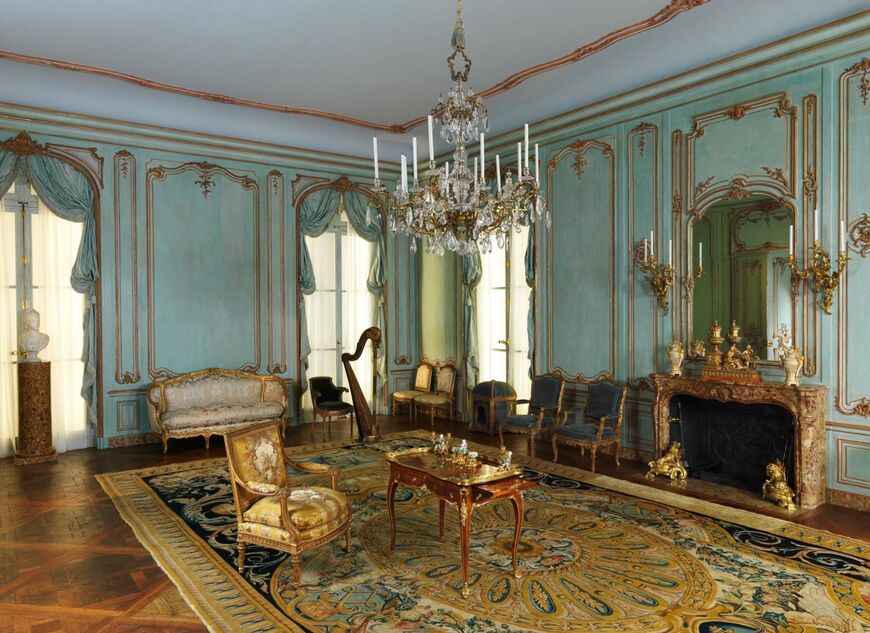 The Metropolitan Museum of Art in New York is one of the largest art museums in the world.
Anyone traveling to the USA knows that it is impossible to get a complete impression of New York without visiting this place. The Met is not only one of the most famous museums in the world, but also a kind of the cultural center of the country.