Until the early twentieth century, the role of women in art was episodic, due to their social status and social inequality between the sexes.

Talented women had to overcome very difficult circumstances in order to devote themselves to art. In XX century women on a par with men start to be trained in art academies, to take part in an art life: to expose the works, to be a part of various creative associations and jury.

A new and interesting era begins in painting. Anticipating the events, we tell about the ten brightest artists from among a hundred rising stars.

In October 2014, English curator and gallery owner Kurt Beers, in collaboration with Thames & Hudson publishing house, published a voluminous book “100 Artists of Tomorrow”, which tells about the most promising artists of the beginning of the XXI century. They were selected by a jury of eminent figures from the art world: Cecil Brown, Yuko Hasegawa, and Susan Hudson. Out of 4300 artists from around the world, 53 men and 47 women were selected.

Anyone who can draw without age or geographical restrictions could apply for the competition. At the initiative of the organizers, several dozens of the world’s leading art universities recommended their graduates.

As Kurt Beers notes, today painting is experiencing a significant rise. Many leading artists are returning to this traditional way of expression after many years when the central role in the world of visual art was given to digital technology. The publication of “100 Artists of the Future” not only prophesies interesting times for painting, but it also helps to orientate yourself in the modern trends, directions, and main trends. Under the solid cover in the reproductions of excellent quality paintings are realistic, abstract, and conceptual, as well as installations and works made in mixed techniques.

Kristina Alisauskaite (1984) is the only Lithuanian artist whose works are included in the book “100 artists of the future”. Her laconic paintings capture moments of life, moments of sadness, and loneliness. Alisauskaite creates disturbing images of emptiness – she places a person on a springboard, on the edge of the empty space of the painting; a figure without a face hangs in oblivion; if she depicts a table, it remains uncovered.

Ewa Juszkiewicz (1984) became famous in Poland in 2013, when she won the prestigious competition of the 41st Biennale of Painting “Bielska Autumn”. Her most famous works are surreal portraits of women with fantastic deformed heads transformed into giant insect bodies, bouquets of plants, ritual masks, sometimes draped with a cloth. Painting by Eva Yushkevich refers to the famous works of the Early New Age, in particular, the works of Flemish masters. The artist pays much attention to technique. She is interested in the analysis of ways to create women’s portraits in the paintings of different centuries. In her work, she investigates the violation of aesthetic norms and canons in the fine arts. Mixing the traditional technique of writing with elements, at first glance, completely alien to her, Yushkevich raises questions about the boundary between beauty and ugliness.

Kim Novak (1977) belongs to the generation of Krakow’s artists-figurativists and traditionalists. She is associated with the artistic scene in Paris and London – she studied at the National School of Fine Arts (ENSBA) in Paris and taught at the University of the Arts in London. Plots of her early paintings, made in a realistic manner, concerned the memory and childhood memories of the artist. “(…) I looked back and tried to understand myself by exploring what formed me,” said King Novak in an interview with Culture.pl. In recent works, she has been closely examining how the world is depicted. “We can say that my paintings have come from associations, premonitions, and intuition; as in dreams, the reality is created artificially in them, I want it to be symbolic, authentic, and at the same time irreal.

British artist Carla Busuttil was born in Johannesburg, South Africa (1982). In her painting, she creates a caricature portrait of society, often portraying famous people. In Great British Smile, Wake up Rod, and Alles Ist Schwindel, she painted Margaret Thatcher as she remained in collective memory – with her characteristic hair, broad shoulders, and pearl thread. The paintings by Busuttil, representative of British Art Now, are in the collection of Charles Saatchi. 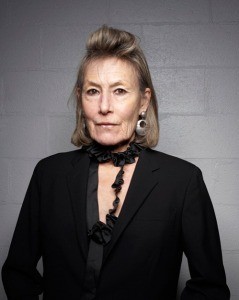 Among serious connoisseurs of innovations in art, Clarissa Dalrymple has gained a reputation as an almost fortune teller. In fact, she is an independent curator, and in the past she was a New York gallery owner. For the last 30 years, Dalrymple has been more than anyone else anticipating art trends and discovering the talents of contemporary art. Back in the 80s she founded and glorified Cable Gallery, which existed for five years. Not wanting to rest on her laurels, Clarissa Dalrymple continued her organizational activities in her field. She is called the godmother of such artists as Matthew Barney, George Pardo, Nancy Rubins and more. She once gave a push to Damien Hirst in America, and he, in turn, introduced her to a circle of young British artists (YBA – Young British Artists).

More recently, as a 72-year-old grandmother of eight grandchildren, Dalrymple took under her wing young artists Ryan Sullivan, Bree Ruice and long time famous Christopher Wool. The retrospective of the latter is now available at the Guggenheim Museum in New York, which says a lot. However, the famous gallery owner only modestly states that she does not have a unique eye for art – it is all about sensitivity to the phenomena of our time. She knows better. 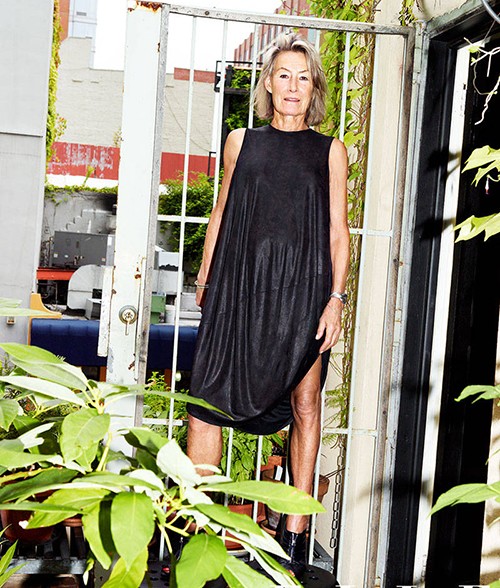 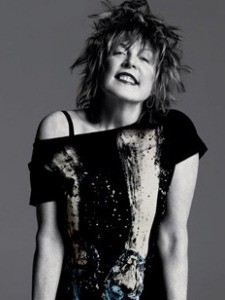 American artist and photographer Marilyn Minter skillfully provokes, combining grotesque and glamorous. Her paintings are characterized by super revealing images of face and body parts, and even in scale: for example, wet red lips, soiled feet on heels or covered with shiny eyelids on the whole canvas. You can see with the naked eye that the paintings emit sexuality and energy. If we talk about the technical side, the secret of its technique is handmade: the upper colorful layers are always applied by the artist with her fingers and nothing else.

Back in 1989, the artist was fond of “food porn” – she just took the images from a cookbook as a basis and drew them in her own way. Nevertheless, the artist devoted most of her creative work to perverting the standards of human beauty. Such Minter sees people in reality – without suspenders and other subtleties. She combines pornography and fashion – two of the most powerful forces of our time, in her opinion. In her paintings, Marilyn Minter interprets the time in which she lives. Probably, this is what attracts a growing audience to her exhibitions. In 2015, fans of the hyper-realistic style of the artist will have the opportunity to visit her retrospective at the Houston Museum of Modern Art. 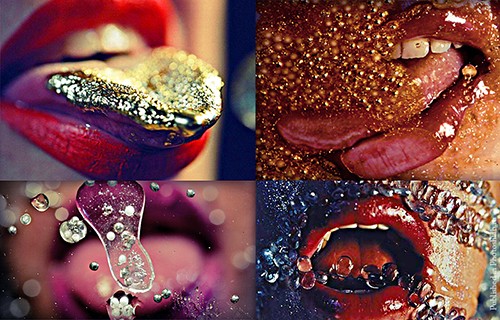 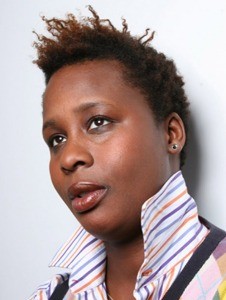 American artist Mikaleyn Thomas is not one of those whose jeans are always covered with paint. When she first sold her own work, she immediately went to the store of Comme des Garcons brand. Thomas loves the fashion industry so much that she named her daughter Junea Ray after the designers Ray Kawakubo and Junea Watanabe.

Since the early 2000s, Michaline Thomas has been famous for her sensual portraits of African-American women in bright dresses and shiny jewelry. They are often depicted on colorful, sometimes animalistic backgrounds with rhinestones. In the fresher works, many of the characters of her paintings, languishing against the background of a landscape or a multicolored interior, throw dark eyes from the canvases. Before taking up a drawing, the artist takes pictures of model women, which involve carpets, vintage furniture, textiles – all this was collected for many years by her mother and grandmother, and now it has become an invaluable material for the paintings.

The next Micheline Thomas exhibition will start in autumn in Paris. The artist promises even more brilliance in her works. 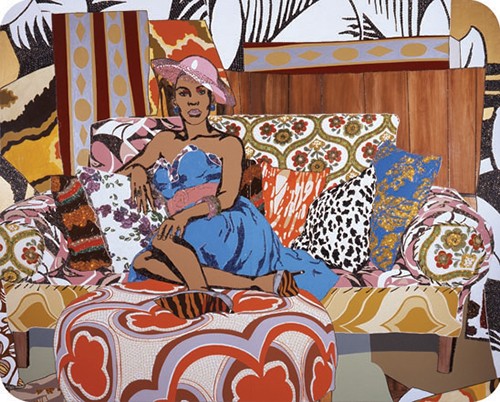 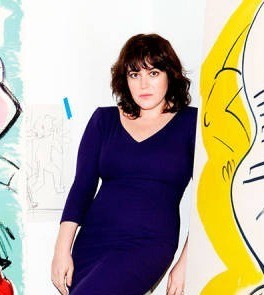 The Latvian-born artist Ella Kruglianskaya landed in America in 1995, and a few years later she graduated with a diploma of artist from Yale University. The main characters of her paintings are mostly animated women with lush forms. They constantly find themselves in ridiculous situations, sometimes arguing, expressing indignation and even outrage – everyone sees their own. Moreover, these painted women are often crossed out with bold black lines, as if the author herself wanted the figures to disappear. Definitely, Ella Kruglianskaya skillfully creates a visual pun, and her plastic language echoes the animation.

Several years ago, a personal exhibition of the artist was held in the non-profit New York gallery White Columns, after which her paintings were decorated in the store windows of the Barneys store. Other exhibitions followed and it became clear that Ella Kruglianskaya is on the right track. If you happen to come to London in April, be sure to visit Studio Voltaire. New works by Ella Kruglianskaya will be presented there. 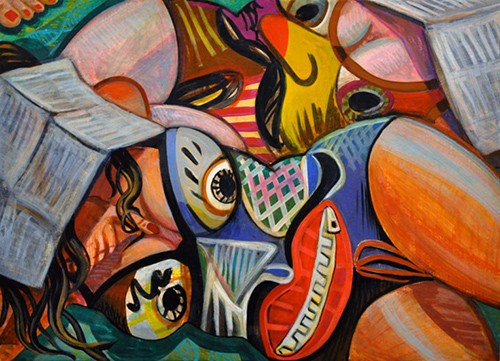 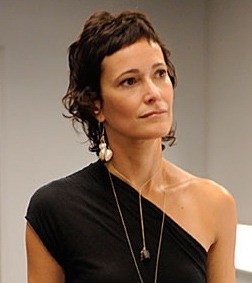 As the daughter of an art dealer, Jeanne Greenberg-Rogatin started her trading business literally from the school bench. In her 46th birthday, Jeanne Greenberg-Rogatin, a collector, dealer and three times mother, is the driving force behind the New York art scene. Now her Salon 94 gallery is spread out on three locations in New York. Jeanne has long surrounded herself with representatives of the art world, who share her passion for laconic design and at the same time provocative images. Among her inner circle are designer Rick Owens, for whom she produces furniture, and Terry Adkins, whose sculptures are now in one of the Salon 94’s branches. But perhaps the ambitious Jeanne Greenberg-Rogatin is not enough, so in addition she participates in seven art fairs a year, heads the board of the Performa Biennale and advises private clients. For example, last summer, she was approached by Jay-Z about her collaboration with Marina Abramovic, one of the most famous artists in the performance genre. 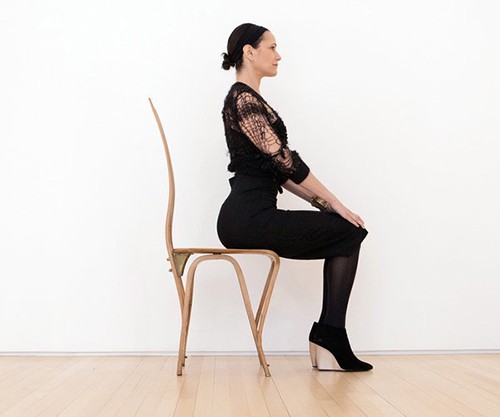 What is art? Painting, sculpture, making stained glass… And also patchwork, pottery and carpet weaving – the main thing to get beautiful.

For thousands of years, nameless craftswomen have been creating beautiful products. In the West, women have been knitting, sewing, embroidering and painting dishes for centuries. All this was considered women’s work, household chores or folk crafts, but not fine art, such as painting or sculpture. The listed occupations belonged to kt ak called decorative art, and manufacturers of subjects for an ornament of a life were seldom recognized as outstanding artists.

However, this was not the case everywhere. In China, decorative arts industries such as embroidery and calligraphy have long been considered as important as painting or sculpture. And in Islamic art, architecture, garden planning and carpet weaving have always been highly valued. Still, the names of most of the masters have not been preserved in history.