Home Art What is Land Art? 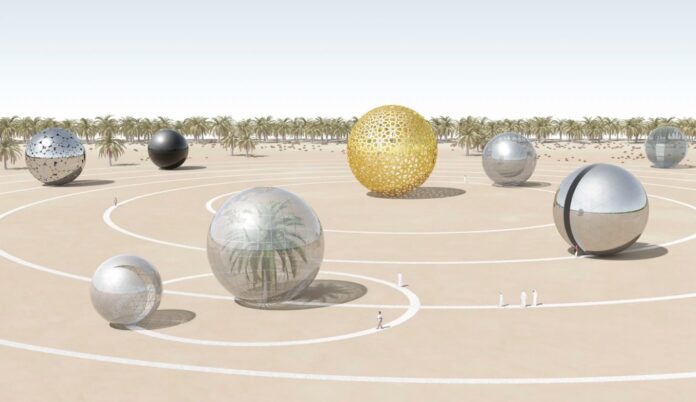 Land art is based on the principle of augmented reality, the integration of artistic elements into the natural landscape, and the use of natural processes as part of the art object being created. Born out of protest movements against consumerism and the commercialization of art, Land Art was a breath of freedom and naturalness for American artists of the 1960s.

The most famous landmark work of land art is considered to be Robert Smithson’s Spiral Jetty, created in 1970. This construction of rocks and earth is located in the United States on the Great Salt Lake. For its realization Smithson needed 7,000 tons of basalt, boulders, dirt and salt crystals mined in the area of Cape Roselle, Utah.

The famous geoglyphs of Nazca can undoubtedly be attributed to the most ancient objects of art, to which it is possible to apply the definition of “Land Art”. Along with astronomical and ritualistic versions there is quite a plausible opinion that creating such giant drawings, ancient Peruvians demonstrated artistic expression both in geometrical and figurative form. Discovered in 1939, the Nazca geoglyphs were not photographed until 1947 – perhaps the studies of these drawings also provided some impetus for the birth of lend-art as a genre. These images can only be seen in their full glory from the air, as can many of the examples of modern lend-art; the power and grandeur of some of them can only be appreciated from a great distance.

Ideas for creating a Land Art object are invariably tied to a landscape object, and sculptors working in this genre prefer to use natural materials – stones, earth, dry branches, plants, water. However, everything should be based on the idea of the artist – like the work of Christo (Hristo Yavashev), known among the fans of Land Art as the “great packer”. Beginning with small objects that he wrapped in cloth or paper, Cristo gradually developed a taste for them. His Surrounded Islands (1983) became a Land Art classic. At the time, Christo and his team surrounded eleven islands stretching 11.3 kilometers in Biscayne Bay with a floating pink polypropylene fabric.

Another of Christo’s famous works, “Wrapped Reichstag,” was unveiled on June 23, 1995, and was on display for two weeks. It took more than 100,000 square meters of fabric and several kilometers of rope to create the project.

The installation “Daffodil Garden” by the famous Japanese artist Yayoi Kusama was transformed by the artist into an object of lend-art at one of her shows. Silver spheres were placed in a pond: hundreds of sparkling spheres formed a kind of kinetic sculpture, which was transformed under the influence of natural forces – the flow of water, wind blows and sunlight.

Land art works are usually short-lived and are shown to the public at certain times. The works are recorded with photos and videos, their coordinates are determined on a map, and later the artist can present them in museum spaces or on the Internet. Galleries and exhibition spaces with considerable space allow artists to implement lend-art projects without compromising the idea and artistic value of the project. However, some of the art historians are of the opinion that for this genre both the background and the object, and the materials involved in the project – absolutely everything must have a natural origin.

The popularity of lend-art is now so great that associations of artists are creating permanent exhibition spaces by teaming up with landowners or local communities. One such example is the association Arte Sella: The Contemporary Mountain, which operates in the spaces of Villa Strobele in Val di Sella, Italy. More than 20 lend-art and architectural installations can be viewed along the walking route, including renowned contemporary artists such as Atsushi Kitagawara, Kengo Kuma and Michelle De Lucchi. Pictured here is the work of Jae-Hyo Lee (South Korea).

Modern technology is contributing to Land Art by inviting artists and architects to work together with engineers and scientists. The Land Art Generator, for example, is dedicated to finding solutions for sustainable energy infrastructures that turn the city into a work of public art, providing it with ecological light and heat. Today, land art often serves as a link between viewers and contemporary art, telling the story of the connection between humanity and nature.