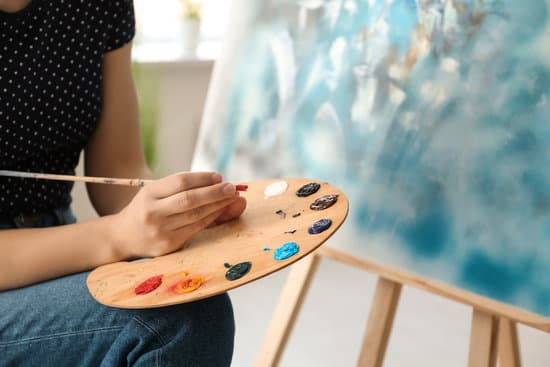 It has been about forty thousand years since human beings started the making of musical instruments. Along with it, they also prepared two and three-dimensional pictures of the Earth. The representational forms of art such as painting, drawing, sculpture, stenciling, ceramics etc were introduced about 17000 years ago.

Perforated shells, stone tools, etched rocks and minerals were the materials used by early humans to make their arts. Most of the evidence of ancient arts are found in Australia which is estimated to be built about 75000 years ago.

Why were art and music created?

As human beings received the taste of creating many special works with art, they started to explore many other forms of art history. The colour, order, pattern shapes and representations were liked by the people and the persons who were involved in it found emotional well being through it. This made them search for more variants of art. The creation of new kinds of sounds from various instruments also gave solace to their ears. This led them to create music which was later considered a form of art.

When were works of art begun to be created?

As cave paintings and miniature paintings in Europe suggest, the concept of art was initiated between 35000 BCE and 10000 BCE that is the Upper Paleolithic period.

Are humans art themselves?

Apparently many theists believed that human beings are works of art themselves and God was the only artist that created human beings while human beings created other works of art from their bodies. Some other philosophers like Neitze claimed that the lives of every person can be seen as unique art. The way they live, the way they design their lifestyle, make each of them an artist.

What are the 5 reasons that induce humans to create art?

Ceremonial art celebrates the importance of something in the culture, a ritual or act of worship, or personal experience. It can also be expressed artistically, tells a story, or has a functional purpose.

Why did early humans make art?

Early humans believed that drawings can be used by one to instil memories in others’ minds. In society at those time, representations were vital for education and communication. So people thought of making more use of these arts.

The oldest artwork in the world is attributed to the scratched lines inside the Blombos Cave 70000 years ago. It was created by an African ancient artist. He is called the initiator of art in the world.

What was the first art created?

The spray-painted graffiti is the oldest of all arts in the world till known today. Recently some research studies claimed that human beings created the outlines of their hands as the first form of art in ancient days. About 60 years ago, archaeologists unearthed the paintings of Sulawashi . It was discovered in the 100 limestone cave covering the island.

The cave paintings on the walls started with the images of bulls, cows, stags, deer, lions, tigers, buffalos drawn with sharp stones by humans. These were first found in Lascaux, France. Handmade stencils were also discovered later on. Though Europe is the main home to cave art, many caves of Indonesia too house lots of prehistoric paintings. In 1950, the cave paintings of Indonesia were first discovered in the caves of the island of Sulawesi. The paintings consisted of replication of mammals; a midget water buffalo, a warty pig, and a  pig-deer. Like Lascaux, there were also handmade stencils present in the Sulawashi.

The age of a painting is calculated from the date of the lumpy deposit of materials on the painting formed overages. A very small quantity of uranium deposits is detected in these lumps of minerals. Being an unstable radioactive element, uranium decays into thorium. If the rate of decay of Uranium into thorium is estimated and we calculate the ratio of uranium to thorium in the materials deposited on the paintings, we can date the exact time when the painting was created. Human beings were first known to appear in Africa before they headed towards Asia and Europe. Thus they carried their traditions with them. This means the culture of art was invented much before we earlier used to think.

Nowadays, paintings and other forms of art are much more advanced. Various new forms of art are also getting explored day by day. After its invention, the arts had laid their impacts and extended their significances in all parts of our daily lives. Replications play an invincible role nowadays before we take any major or minor decision about anything. Thus the invention of art by humans was bliss as it gradually kept making life easier for us. À large number of people these days are dependent on art for their livelihood.