Home Auctions An extreme hot rod assembled from two Porsches was put up for... 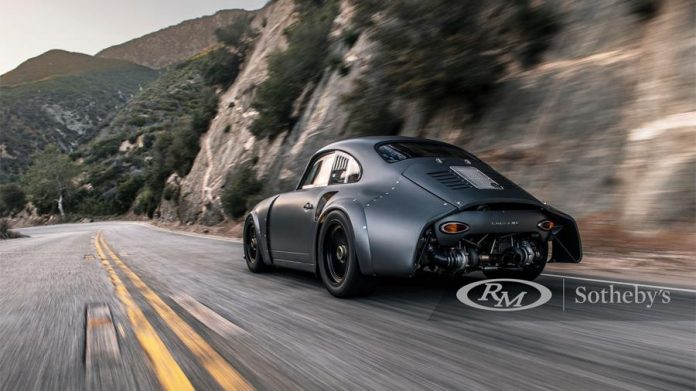 It took about four years to build an extreme hot rod by studio Emory Motorsports from the American state of Oregon together with the Italian company Momo. The 356 coupe sports car inherited a matte black body, which had to be manually adjusted to the chassis from a Porsche 911 with index 964. From Momo, the car received black five-tone wheels, which were used in the late 70s of the last century on the racing Porsche 935, 956 and 962, shod with Pirelli P Zero tires. Inside, sports seats with six-point seat belts, a Tilton pedal assembly, and a Momo Prototipo steering wheel were installed.

The 356 RSR Outlaw is powered by a 2.4-liter twin-turbo with Garret turbochargers and Rothsport injection, producing 393 horsepower. It is paired with a five-speed manual transmission. The dynamic characteristics of the hot rod are not disclosed, but its curb weight is known, which is only 885 kilograms.

The most expensive cars at auction biddings

Metallica’s Latest Is Quality Thrash That Gets A Little Tiring