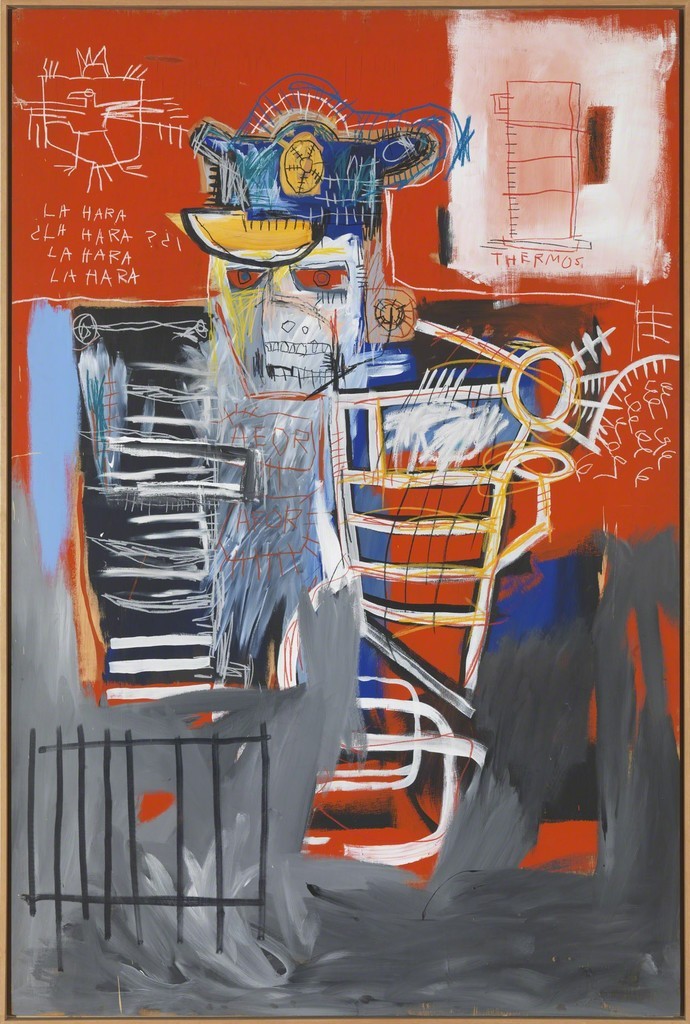 The NY Times has a story capitalizing on the interest in tonight’s Basquiat sale at Sotheby’s. That’s interesting because the usual tone from the Times is that art auctions are some canary in the coal mine of moral decay and ruin.

In this story, the Times situates the artist for its readers eschewing some of the complexity of how Basquiat’s market has been structured with the support of a group of interested parties. That seems to be changing as Robin Pogrebin produces some numbers showing that Basquiat has emerged into market leadership right now:

There are no fewer than 16 Basquiats on offer at Sotheby’s, Christie’s and Phillips’s evening auctions this season, which together represent an estimated minimum value of about $119 million — out of a total of $690 million for the three sales. Basquiat is, both numerically and financially, the week’s heavyweight artist.

Basquiat replaces Richter and Warhol as the artist attracting the most dollars. Already Phillips has sold four works for $2.6m in their day sale with another $8m or more on offer later this afternoon in their “early” Evening sale.

What’s remarkable here is the broad range of material from works on paper to the massive head and the many price points in between. The top of the market may be hard to replicate in the near future, but that is something most observers thought last year when Christie’s took the risk guaranteeing Adam Lindemann’s ‘devil.”

Curiously enough, it is the man who took that risk who is now cautioning that the market runneth over:

But most of the Basquiat works to come to auction in the near future are likely to be of lesser importance, auction experts say, which may or may not benefit from the latest Basquiat price. “There will be a large number of people wanting to sell — and most of what they want to sell will be inferior,” said Brett Gorvy, Christie’s former chairman and international head of postwar and contemporary art, who this year became a dealer. “You can have a big high and then weaker paintings will pull down the market to a more sane level.”