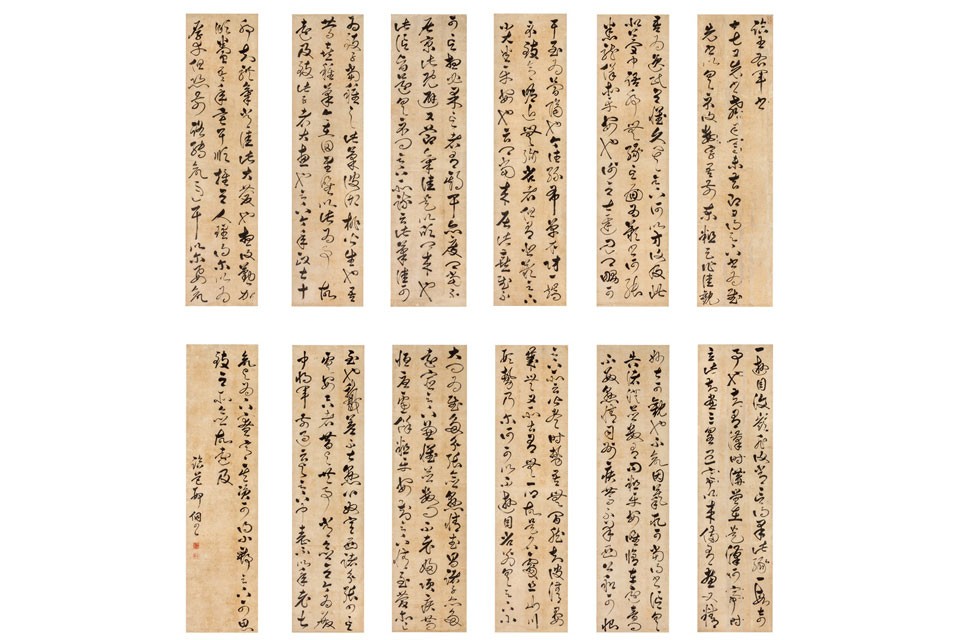 Among top results of Leslie Hindman Auctioneers’ March 26 Asian Works of Art auction was a Xing Tong, Wang Xizhis Shi Qi Tie calligraphy scrolls in cursive script, which sold for $269,000 following competitive bidding on the phone and in the room. It was sold from the collection of Ms. Yuan Jiaying and Mr. Li Guoyuan, which opened the sale with 125 Chinese and Japanese paintings.

The March sale at Leslie Hindman Auctioneers reflects continued momentum in the Asian art market following a strong 2017. Collectors from mainland China, Taiwan, Canada, the U.S. West Coast and the United Kingdom dominated participation in the sale and created competition for top lots, which included paintings, porcelain and jade, many selling above high estimates.

In addition to the Xing Tong script, numerous items from the collection of Ms. Yuan Jiaying and Mr. Li Guoyuan were among top lots of the sale, including Cranes and Deer, ink on paper, attributed to Shen Quan. It sold for $87,500 against a presale estimate of $30,000 – 50,000 to a collector in Asia.

Late in the sale, a Chinese cloisonne enamel inset yellow lacquered three-fold floor screen sold for $42,500 against a presale estimate of $500 – 700 after bidding on the phone and in the room

A New Hand-Painted Music Video by Carine Khalife for Makeunder