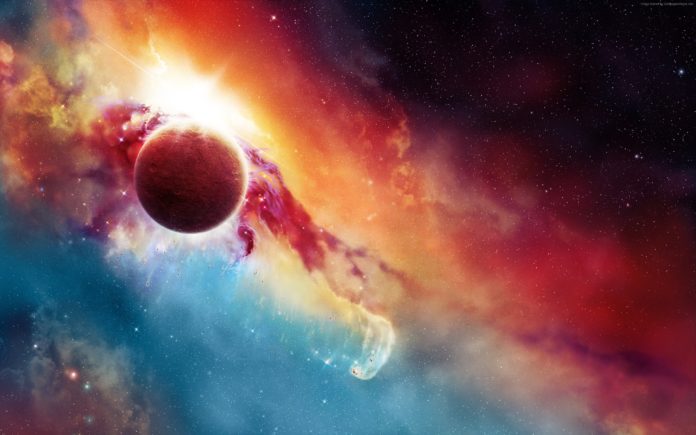 The auction of the gorgeous and space beauty will start at Christie’s Online. If You are fond of outstanding articles, You will buy something marvelous that will be adored and unique thing. The bidding will be commenced on Wednesday, Feb 7.

At the auction eight amazing articles of meteorites will be presented. James Hyslop, Head of Science & Natural History in London, selects highlights from Deep Impact: Martian, Lunar and Other Rare Meteorites.

This Canyon Diablo meteorite is associated with the famous asteroid impact that left an almost mile-wide crater in the Arizona desert some 50,000 years ago — a stark reminder of the damage meteorite impacts can cause.

Meteorites of the class known as pallasite are stone-and-metal blends that formed on the mantle-core boundary of their parent body. Extremely rare, they comprise less than 0.2 per cent of all existing meteorite examples. This specimen has been perfectly cut into a sphere to show off its olivine crystals and peridot gemstones. It looks like an alien world, at once both natural and artificial. 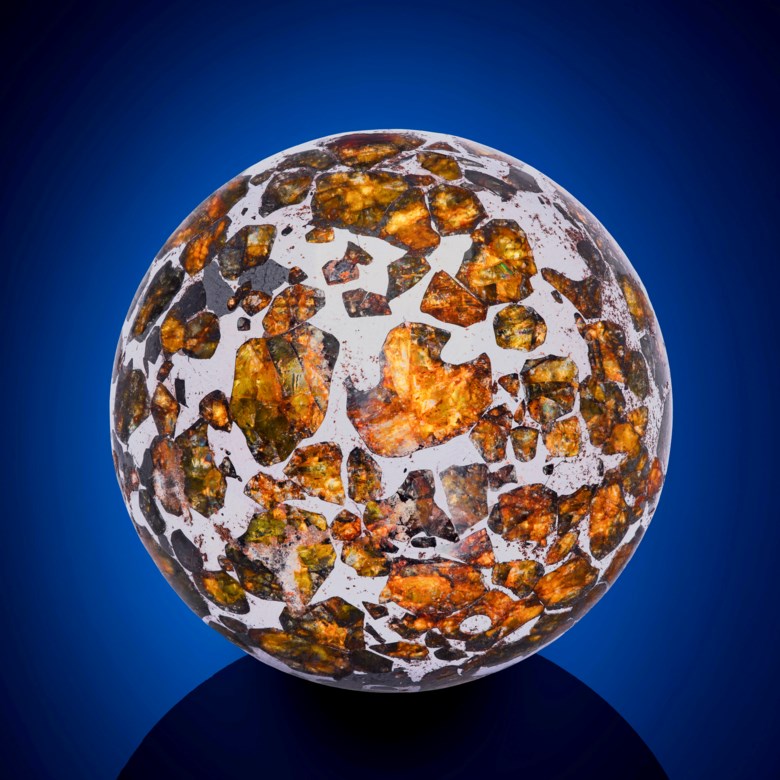 The beautiful crystals of nickel-iron in this meteorite, aligned in what is know as a Widmanstätten pattern, formed in space over millions of years. In order to reveal its internal structure the meteorite has been cut into a cube, and each of its surfaces lightly etched with acid.

Not all meteorites that fall to Earth are spotted right away: many are exposed to the elements for a period of a time before being discovered. This process is known as terrestrialisation, and results in the production of unique surfaces.

Meteorites that fall to Earth are travelling at incredible speeds — 17 kilometres per second, or 61,000km/h. Some 65 million years ago, the force of such an impact famously led to the extinction of the dinosaurs. In slightly less catastrophic circumstances, areas hit by meteorites can be ejected from the Earth at such high temperatures that the silica content liquefies, turning to glass as it cools. The resulting objects, called tektites (from the Greek tektos, meaning melted) were for a long time a mystery to scientists. For Hyslop, the unusually large size and shape of this example recalls another mystery: the Neolithic carved stone balls of Scotland.

On the morning of 12 February, 1947, a fireball brighter than the sun exploded five kilometres above Eastern Siberia. The explosion was heard as far as 300 kilometres away, and a smoke trail 33 kilometres long was visible in the sky.

Looking up at the moon, the first feature one sees is the distinction between the dark ‘seas’ and the lighter “lunar highlands”. Amazingly, this slice of rock, discovered in 2007, comes from those highlands. Millions of years ago, the moon was struck by one of the many meteorites that have contributed to the cratered surface we know today. Pieces from that surface were ejected into space, where they orbited for millions more years before falling to Earth.

Occasionally when a meteorite falls to Earth, it remains in an orientation that favours melting on only one side. The extraordinary shape of this miniature meteorite could be compared to a sculpture by Henry Moore, says Hyslop — or perhaps a more primeval and universal form.

Thus, “the space bidding” is  intended for each uncommon person. Do not miss the chance of buying amazing things that will make you happy!