Old Master paintings are always in season, some literally so. The four seasons are depicted side by side in Allegories of Spring, Summer, Autumn, Winter by Giovanni Paolo Castelli, known also as Lo Spadino. In a style similar to Archimboldo’s famous and bizarre fruit and vegetable figures, the four seasons are depicted as humanlike – not static but rather in motion. Autumn, for example, is eating from a big bunch of grapes, and is contorted in self-indulgent delight. The series of four paintings appears extremely modern. Each of the four paintings has been estimated at € 80,000-120,000 and the series is one of the highlights of Dorotheum‘s Old Master paintings auction on October 17, 2017. 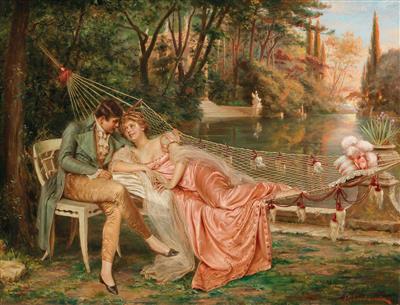 One of the most exceptional artworks for sale in the upcoming auction week is a painting by the Florentine painter Felice Ficherelli. It served as inspiration for one of art history’s giants. The painting shows Saint Praxedis, a young Roman patrician who offered the first Christian martyrs comfort and relief. Praxedis kneels in the painting’s foreground, a dead martyr can be seen in the background. She’s wringing a sponge soaked with his blood. The painting made such a strong impression on none other than the celebrated Dutch painter Johannes Vermeer that he decided to replicate it. He paid due respect to his source of inspiration by mentioning Ficherelli in his painting’s inscription by the moniker, “il Riposo”.

Notable is also the painting’s provenance. It was owned by the same family for centuries and will, according to it’s documented history, be offered at auction for the very first time at Dorotheum. There are two other known copies of the Saint Praxedis painting, one by Ficherelli himself, which hangs in a private collection in Ferrara, the other is Vermeer’s version. The painting offered for sale at Dorotheum appears to be the first of the three versions and therefore the original on which the other two were modeled (see also magazine story, available under downloads below, estimate € 150,000-200,000). 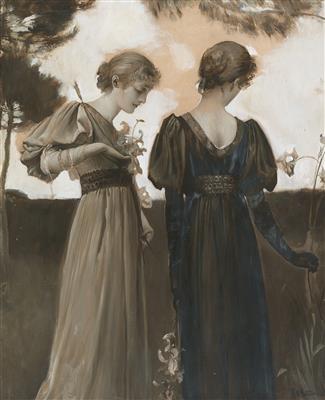 Jusepe de Ribera’s naturalistic depiction of the philosopher Heraclitus is a fine and significant example of the bravura brushwork and brilliantly observed naturalism that made Ribera one of the most important painters of the Baroque period. A follower of Caravaggio, Ribera immersed his motifs in emblematic contrasting light and picked and portrayed models from daily life in an unadorned fashion and translated historical motifs to a contemporary context. Ribera painted several portraits of philosophers. The Heraclitus painting was created at the height of his powers in 1634 in Naples. Until recently, only copies and an unsigned version of Ribera’s Heraclitus were known. Vienna’s Kunsthistorisches Museum has another unsigned copy, which has been attributed to Luca Giordano, who was a protegé of Ribera. Ribera’s signed Heraclitus has a well-documented provenance and an estimate of € 200,000-300,000. Its previous owners included Cardinal Joseph Fesch, an uncle of Napoleon Bonaparte..

Simon Vouet, a Paris-born portraitist, who worked mainly in Rome, is responsible for the notable painting of a high-ranking officer that eyes the spectator with a demanding demeanor, flanked on one side by his small dog. This type of composition – the model in full figure is typical of the 17th century and was often employed by Vouet’s artist friend Artemisia Gentileschi. The painting has an estimate of € 200,000-300,000, the same as A river estuary by a fort, an archetypal Salomon van Ruysdael painting dominated by clouds and sky. 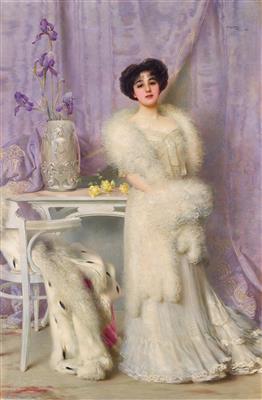 A Carnival near the Kipdorppoort Bastion in Antwerp takes us further up north. The painting is attributed to Sebastian Vrancx and offers a rare glimpse into the special sort of festivities that took place all over Europe in the 17th century. A Commedia dell’Arte ensemble is performing on a frozen pond, drawing the immediate attention of the crowd. There are entertainers, dancers, musicians and orators everywhere, all contributing to the festive atmosphere. This kind of carnival was typical for the Antwerp region, where orchestrated public festivities always enjoyed great popularity. A second and smaller version of the painting, also dated 1664, is on display at Gemäldegalerie Alte Meister in the city of Dresden (€ 100,000–150,000).
The amazing replication in Laurens Craen’s fruit still life of the texture of each invididual object is a fascinating study in artistic technique (€ 80,000 – 120,000). Two portrait paintings obtained from a Belgian private collection offer a small peek into the history of the Habsburg dynasty. Originating from the studio of Peter Paul Rubens, the portraits of Grand Duke Albrecht and Isabella Clara Eugenia of Austria depict the rulers of Spanish Netherlands in their official roles. (€ 80,000 – 120,000).

Summiteers
19th Century paintings on October 19
At Dorotheum, the 19th October 2017, is dedicated to 19th Century paintings. The catalogue is dominated by Austrian, German and Italian period-defining masters, for instance Jakob Alt, Friedrich Gauermann, Oswald Achenbach and Rinaldo Giudici. Markus Pernhart’s rendition of the Grossglockner mountain peak represents an early and quite literally towering textbook example of the emerging alpinism. Spiting rough weather conditions and tough alpine challenges, the Carinthian landscape painter managed to paint a number of impressive testaments to the beauty of his beloved homeland. In addition to the artistic preoccupation with untouched alpine landscapes, the Waldmüller-inspired Biedermeier painter dedicated himself with the same intensity to reproducing nature influenced by man (€ 20,000-25,000). 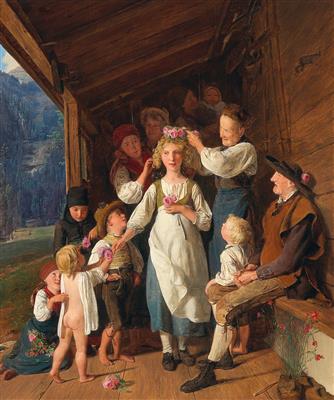 Three works by one of Romania’s most important artist, Nicolae Jon Grigorescu, will also come under the hammer. His figures feature elongated outlines and strikingly studied poses, as convincingly illustrated by his oil painting The spinner.
It is indeed a remarkable example of the creative impulse that has earned Grigorescu his place among the most innovative and influential Romanian painters. He studied art in Paris before joining the en-plein-air Barbizon School in Fontainebleau, which influenced his future work profoundly. Grigorescu infused a palette of intense light in his paintings of everyday scenes of his country, with its people, flocks, and the countryside (€ 90,000–110,000).

Highly acclaimed salon painter Vittorio Matteo Corcos is the creator of another auction week highlight. Painted in Florence in 1903, the portrait of Italian upper class socialite Diane de la Boucherère is a true masterpiece in the spirit of the Belle Epoque. Corcos’ generous use of purple pastel, ermine and mink furs, white lace and orchids makes you practically sense the heavy sweet fragrance enveloping the young lady (€ 120,000 – 160,000). 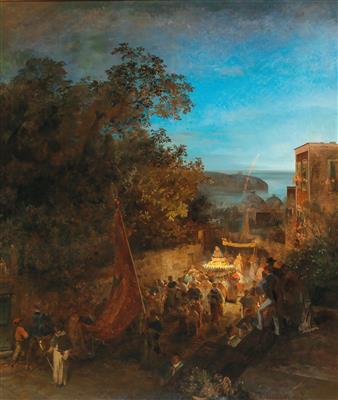 Pomp and Glitz
Works of Art Auction, October 18
The upcoming antiques and furniture auction on October 18 2017, will offer a varied selection of exclusive and rare pieces such as a 90-centimeter-high Meissen palace vases from the second half of the 19th century and an extremely rare Kothgasser glass cup (€ 90,000 – 120,000, € 9,000 – 12,000). Among the sculptures, a beautiful marble rendition of St. Mary Immaculate is expected to be the centre of attention. It dates back to around 1650 and has been attributed to Jerome Duquesnoy The Younger (€ 40,000 – 50,000). Furniture and painting merge in the Vienna Empire Combination Desk, a so-called “Bonheure-du-jour” model featuring a portrait of the imperial family gathered around Emperor Franz I., signed and dated with the inscription “Bernhard Guerhard, 1808” (€ 50,000 – 70,000).